But shocking revelations in Belgium

By Robert Moynihan, from Rome 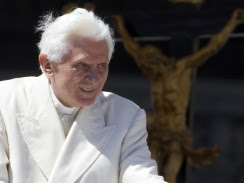 He was born in 1927 in Marktl-am-Inn in southern Germany.

But also today, shocking revelations coming out of Belgium, where an archbishop has confessed in a television interview to sexual activity with two of his nephews, continue to reverberate. (see below)

Reflections on Our Crisis

The present crisis of our Church is not something that can be exorcised merely with a wish and a prayer. There must be sacrifice, and discipline, and actual change of behavior.

There must be a thorough cleansing, a purification, as so many have lost their way, and in their disorientation, no longer even realize — as the archbishop in Belgium confesses — what they are doing, why they are doing it, or even that it is wrong.

And this cleansing must include sacrifice, beyond wishes and prayers.

Our tragedy is that evil has become banal.

(The phrase “banality of evil” was coined by the Jewish writer Hannah Arendt and incorporated in the title of her 1963 work Eichmann in Jerusalem: A Report on the Banality of Evil. It is the idea that the great evils in history generally, and during the persecution of the Jews during the Second World War in particular, were not executed by fanatics or sociopaths, but rather by ordinary people who accepted the premises of their state and therefore participated with the view that their actions were normal. Explaining this phenomenon, Edward S. Herman has emphasized the importance of “normalizing the unthinkable.” According to him, “doing terrible things in an organized and systematic way rests on ‘normalization.’ This is the process whereby ugly, degrading, murderous, and unspeakable acts become routine and are accepted as ‘the way things are done.'”)

The moral collapse of our time cannot be fought unless the fog of banality is lifted, unless evil is called evil, felt as evil, and fought as evil.

Our age has fallen into this trap: we no longer sense that we are in the grip of evil. We have grown numb.

In one of his books, Walker Percy, the American Catholic novelist who died about 20 years ago, uses an epigram he attributes to Dante. Certain human beings, he says, no longer have a sense of the gravity of sin, and this is a terrible condition, he says. “So low they had fallen that they no longer believed themselves creatures worthy even of being damned.”

In other words, the very worst condition of all is to forget one’s true nature.

There is something even worse for a man than committing abominable crimes. It is to commit such crimes and not to sense that one is damnable.

It is to have lost the sense, the belief — the knowledge — that one has dignity…

That one has the dignity of a being who can be held responsible forever, through all time and space unto eternity, for his or her actions.

The first type of being is tragic, but even in his fall, retains a type of terrible greatness.

The second type of being, who has forgotten his or her nature, is no longer tragic, and not even comic, but just insignificant — without significance.

This type of being has no meaning at all.

He or she is like a soap bubble, floating for a moment or two, and then collapsing into a ring of foam which vanishes away.

So the return to a sense of conscience, of a sense of sin — which is necessary before one can even begin to take the road of repentance, which is the road to salvation — cannot begin without an anthropological revelation… without the understanding and belief that a human being has an eternal destiny, an eternal soul.

This is what we have lost.

This is what our age has lost.

And in losing this, we moderns have fallen below the horizon of the damned.

This is the malaise of the modern age. We have lost the eternal horizon of human existence, and, no longer believing ourselves creatures worthy of being damned, we have become trivial, capable of commtting any crime, because it doesn’t really matter anyway, in the vast scheme of things.

And so the road back must pass through a recovery of an anthropology which reveals, argues and proves the true dignity and greatness of what our age, in fact, believes is, in the end, trivial, worthless: human life, human personality, the human soul.

The highest of all possible created things — higher even than the angels, because linked to the very being of God, through Christ, in the Eucharist, when we “become” Him…

Along this road, Pope John Paul tried to give us some signposts, with his emphasis on human dignity, on the dignity of every human being.

And, this teaching of the eternal dignity of man is at the heart of the teaching of Pope Benedict, as I will have occasion to explain in future emails.

But I will note here only one thing: that this may also mean punishment, as Benedict himself noted in his recent book-length interview with German writer Peter Seewald, Light of the World.

There the Pope connected an anti-punishment mentality to the response that some Church officials have had to sexual abuse among clergy.

The awareness that punishment can be an act of love “ceased to exist,” the Pope said. “This led to an odd darkening of the mind, even in very good people.”

Now it is sufficient to wish Benedict a “Happy Birthday” at the end of his 84th year toward heaven, and to wish him many more years, as we need his clarity of vision as we attempt to creep out from the fog of what has become of the spiritual life of our age. Because his insights are startling and profound, and act as a light in the general darkness.

Here are two articles which speak of the Pope’s birthday, and of the situation in Belgium…

He met with Vatican cardinals, including the prelate heading the office for bishops in the week in which a former Belgian bishop caused an uproar by admitting in a TV interview he had sexually abused two nephews, conduct he likened to a “game”…

Benedict, who was born and baptized as Joseph Ratzinger on April 16, 1927, in the Bavarian town of Marktl am Inn, Germany, was “spending a normal working day,” Vatican Radio said.

No rest for the Pope was immediately scheduled. His birthday fell on the eve of the start of a heavy stretch of Holy Week ceremonies, including Palm Sunday Mass in St. Peter’s Square on Sunday morning and a Way of the Cross procession at the Colosseum on Good Friday.

Birthday greetings poured in from around the world, Vatican Radio said, including from political and religious authorities, figures from the world of culture, and rank-and-file faithful.

The radio’s English-language service quoted from the British queen’s greeting to Benedict and her recollection of the pontiff’s visit to England and Scotland in September.

“On the occasion of your 84th birthday, I have much pleasure in sending my warmest felicitations and prayers to Your Holiness, recalling with great fondness the memorable visit,” the greeting said.

During his morning, the Pope appointed an Italian bishop, to the northern city of Vicenza, and greeted Spain’s new ambassador to the Vatican with a speech defending religious freedom, a theme dear to Benedict since he was elected to the papacy three days after his birthday in 2005.

At a ceremony to present her credentials, Benedict appeared to be referring to modern European debates over how much the continent’s Christian roots can play a role in public life, including recent court battles over whether crucifixes can adorn public school classrooms or courtrooms, as other faiths, especially Islam, increasingly occupy space in European communities.

Benedict lamented in this speech that there exist elements “often sophisticated (ones), hostile to the faith, which are sometimes expressed with the denial of history and of religious symbols, which mirror the identity and the culture of the majority of Christians.”

The Pope also met separately with top Vatican cardinals, including the prelate heading the Holy See’s office for bishops. Just a day early, widespread outrage of how the church has handled decades of sexual abuse by clergy in much of the world deepened, when a former Belgian bishop admitted in a TV interview he had sexually abused two nephews, conduct he likened to a “game”…

In an interview with the commercial [Belgian] television station VT4, the former Bishop of Bruges Roger Vangheluwe has admitted to having sexually abused a second minor. 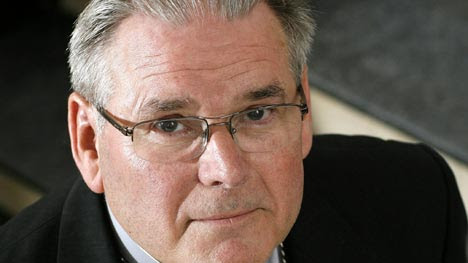 Flandersnews.be brings you a summery of what Bishop Vangheluwe said in the interview.

“As was the case in many families, they (his nephews) slept with me when they came over to stay. Just about all my nephews have slept in my bed. It all started as a game with that particular nephew. A rape was never committed nor physical force used; he has never seen me naked.”

“It almost always happened on high days at a moment when we were by chance alone, a couple of time a year. What happened was some intimate touching, but not brutal sex. In my view it had nothing to do with sexuality. It was more force of habit. It was a bit of intimacy from me to him. I must say that I don’t really understand myself why I carried on doing such things for so long.”

“Of course I knew that it wasn’t good. I also regularly confessed it to my confessor. I’ve always worked with children in playgroups and have never felt the least attraction to a child.”

When asked if he should be expelled from the priesthood Bishop Vangheluwe was adamant.

“The priesthood is for life, you can’t take that away from me.”

Do you think that you should resign?

“I will always remain a priest. This is a question that has been asked many times and one that I have asked myself. However, the question is no longer relevant.”

Did the former Belgian Primate Cardinal Danneels know about the abuse?

“Cardinal Danneels and I have never discussed it.”

“What’s incredible is that he has never been able to provide any proof.”

Speaking about what the future holds, the disgraced Bishop said:

“In the first instance I’m going to go into retreat and do what Rome has asked me to do and that is to seek counselling. I’m not going to be giving any more interviews. I hope that the air of reconciliation will grow within our family. My family has suffered a lot and my family is something that has always been close to my heart.”

Have you been shunned by your family?

“No, no, but it’s difficult to talk to each other calmly and it’s a big family. There are brothers and sisters, nieces and nephews. All different types of relationships. I hope that one day it will be possible for us all to come together.”

So you’re not planning to go back and live in Ghent or Brussels?

“Rome has appointed a psychiatrist with whom I have to meet regularly.”

Do you think that’s a good thing?
“I don’t know I just have to wait and see. My feelings about it are pretty neutral.”

Do you think that you need psychiatric help?

“I think it’s a little peculiar that it all stopped 25 years ago and I’ve lived wit hit for 25 years and now a year after my resignation, I suddenly need counselling.” 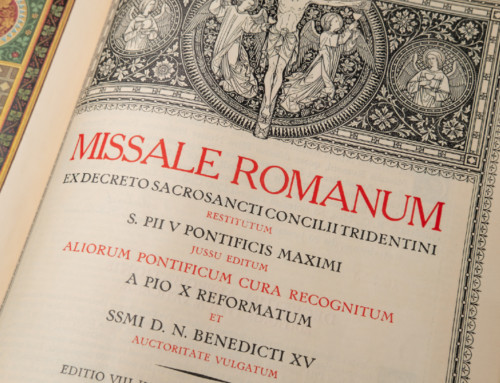 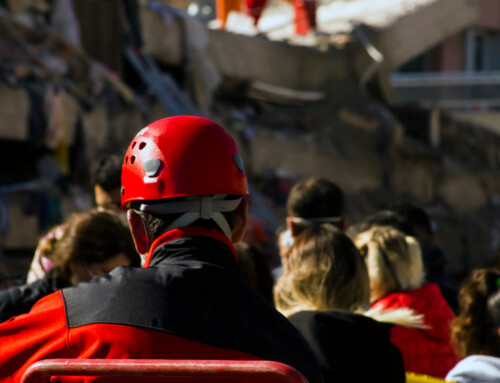 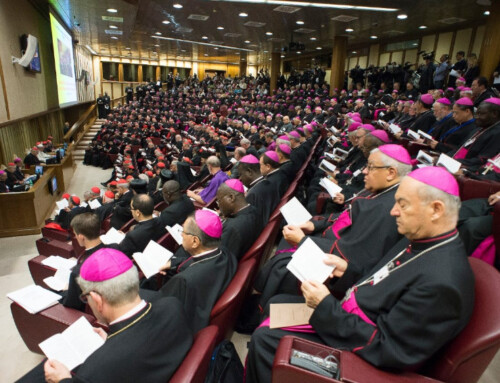