Should the Pope apologize for Indian Schools?

Should the Pope apologize for Indian Schools? 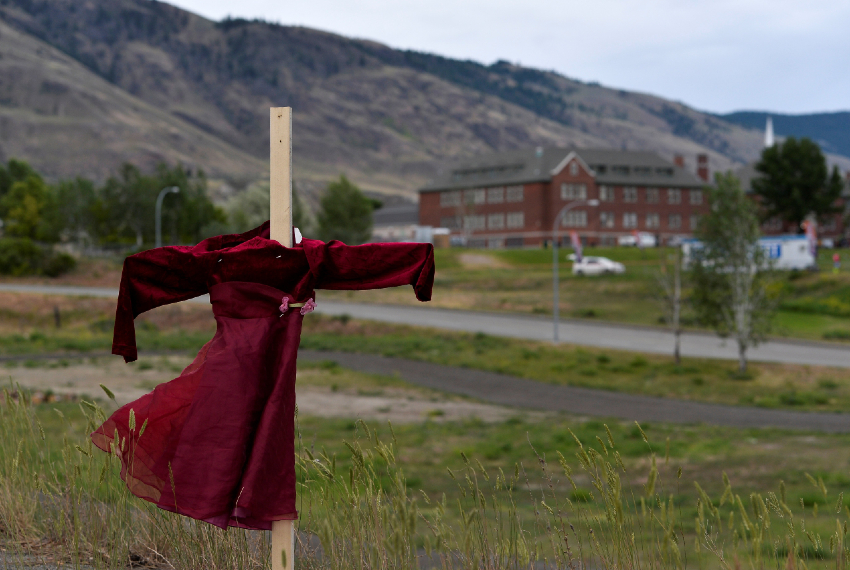 A child’s red dress hangs on a stake near the grounds of the former Kamloops Indian Residential School June 6, 2021. The remains of 215 children, some as young as 3 years old, were found at the site in May in Kamloops, British Columbia. Pope Francis expressed his sorrow at the discovery of the remains at the school, which was run from 1890-1969 by the Missionary Oblates of Mary Immaculate. (CNS photo/Jennifer Gauthier, Reuters)

On Sunday, June 6, Pope Francis said at his weekly Angelus address: “I follow with pain the news coming from Canada about the shocking discovery of the remains of 215 children.”

He was referring to the May 27 announcement by the chief of Canada’s Tk’emlups te Secwepemc First Nation that the remains of 215 children had been found in a mass grave at the long-closed Kamloops Indian Residential School in British Columbia.

The school had been part of a large network of government schools for indigenous children that were run by various religious bodies, some of them Catholic, some Protestant, beginning in the 19th century. The Kamloops school, run by the Oblates of Mary Immaculata, closed in 1978.

Canada’s Prime Minister, Justin Trudeau, vowed to fully investigate the deaths as far as possible, calling the period in which the schools operated “a shameful chapter of our country’s history.”

But were the Indian Residential Schools really as sinister as the Canadian government and media say? And was Justin Trudeau’s request, so far unmet, of an apology from Pope Francis for Catholics running the schools a century ago, really called for?

In the following article, writer David Warren takes a rare, objective look at the schools, and reports on both what school alumni have said, and about the actual state of affairs in remote parts of Canada in the 19th and early 20th centuries.

The cost of becoming or remaining Catholic has been climbing for some time. This would include the economic cost, I suppose, but I haven’t seen any figures. I could mention the cost in my little life, but this might not be representative.

Rather, I am considering the cost overall, including many dimensions of the psychological, and social, as Catholicism drops in popularity. My own field of observation is Canada, but I daresay something similar is the case in the United States. Still, let me start in my own field, the True North, “strong and free.”

We had, demographically, French Canadians, and assorted immigrants at one point, persons mostly Irish, and many “native people.” On the assumption that people know how to love themselves, this gave us at least one-third of the population, sometimes half, and depending on location (location, location, it is very important) sometimes the whole thing. Love everywhere. Certainly, we were settled enough that a habit emerged, of being polite to us.

You could say that you were Catholic, and get away with it, without serious injury. This wasn’t true everywhere, to be sure, but I give it as a rule-of-thumb. It may have been that Catholics were hated among some Protestant people, but largely they kept it to themselves, except after hockey games and parades. But as a rule, Canadians were not bigoted, especially in a murderous way. At worst they were provincial and self-satisfied.

I am taking the historical view. Our education system was provincial, quite literally, and efforts had been made to accommodate the “Catholic fact,” and the “French fact.” Indeed, as elsewhere in the world, Catholics had a reputation for being good at schools – not necessarily as students, but for founding and administering them.

Catholic orders and entities, such as the Oblates of Mary Immaculata (just one random example), were needed by our secular government, to run the hardest schools in the most remote places. The Oblates were entrusted with the Kamloops Residential School in the 19th century, which was one of a long string of “Indian residential schools,” which, gentle reader may imagine, brought the light of civilization to many unlikely places.

Fashions change over time. We have to reconstruct a time before the present. Attitudes towards education were rather different a hundred years ago, and through the years since, so that a person must not only have some information but even some intelligence, to judge the past. The same goes for medical assumptions, and even technology, as we will see.

Example: antibiotics, quite common today, but largely unknown before Alexander Fleming, who discovered penicillin in 1928. It is one of a few “miracle drugs” that have been saving lives by the million, in the time since. 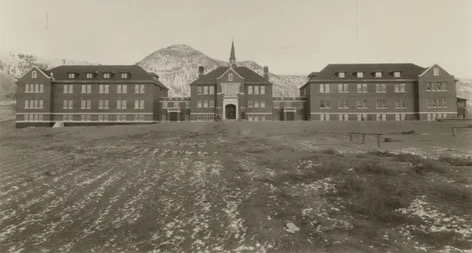 We tend to forget that children used to die of measles, and many other infections we might laugh at today. But death is death, and our humor is acquired. And then there were diphtheria, pertussis, tetanus, smallpox, and tuberculosis, among killers of little children. Genealogical buffs among my readers will appreciate the toll, even from their own family histories. If you were little, in those days, your life was constantly threatened, at home, on the street, in day schools, and in residential schools.

A great deal has been said, speculatively, about the neglect of elders; but death came hunting whether people were neglectful, or not. Of course, human beings being unfortunately capable of badness, there were other sad causes of deaths; and some abandoned and orphaned and reckless children came to other ends.

The discovery of unmarked graves of perhaps 215 children near the Kamloops residential school is a sensation in Canada at the moment. It is before the “Truth and Reconciliation Commission,” founded in 2008. One of their problems is the absence of information before the Second World War. As part of the war effort, paper was swept up in paper drives. Too, the agencies of the Catholic Church have not always contributed all their Church records, saving some which they thought irrelevant – although anti-Catholics are convinced that everything is a dark secret.

Under the circumstances, neither I nor anyone is likely to learn much more about how the children died; or exactly where they are buried. We can, today, know little of their personal stories. I weighed myself into the controversy years ago, as one of the precious few examining it with an open mind – and was excoriated by readers. On the other hand, for my efforts, I began to receive letters and documents from Indians who had attended these notorious schools.

The first thing I noted was that while Catholics, and Anglicans, had been the educators, these were government schools, with government inspectors. More interesting, the students looked back mostly quite happily on their experience. Many said their lives had been saved by their teachers. They described coming from poor Indian homes in which they had often been brutalized; from parents in many cases lost to alcohol.

According to the chief book on the topic, John Milloy’s “A National Crime,” the project had emerged from Sir John A. Macdonald’s “nation building project,” and was a scheme to enhance national security against the chance of Indian rebellions. It was a species of genocide. The Church now takes the heat from the media, and “Canada Day” is being variously canceled.

It is a rage, with little information, less skepticism, but much open hatred for the Catholic Church. Radical Indian groups and others who stand to make cash by displays of victimhood, have lined up. There is money for all.

But then, Catholics are said to be “privileged.” And I agree: there is no price too high.

David Warren is a former editor of the Idler magazine and columnist in Canadian newspapers. He has extensive experience in the Near and Far East. His blog, Essays in Idleness, is now to be found at: davidwarrenonline.com.