Pope at Angelus: Appeal for solidarity with Lebanon

Pope at Angelus: Appeal for solidarity with Lebanon 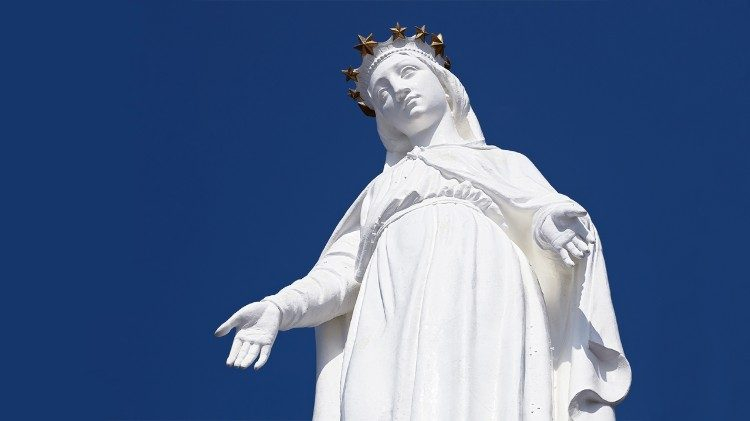 Statue of Our Lady of Lebanon, at the Marian Shrine in Harissa, with arms outstretched toward Beirut.

At the Angelus on Sunday, Pope Francis calls on the Church in Lebanon to continue to be close to their people, and appeals for “generous aid” from the international community.

“In these days my thoughts often turn to Lebanon,” Pope Francis said on Sunday, in remarks following the weekly Angelus.

In the wake of the devastating explosion that rocked Beirut last week, the Holy Father said, “Last Tuesday’s catastrophe calls everyone, beginning with the Lebanese people, to work together for the common good of this beloved country.”

A model of living together

The Pope noted Lebanon’s “particular identity”, which “has emerged over the course of time as a model of living together.” Acknowledging the fragility of coexistence in the country at this time, Pope Francis said he is nonetheless praying “that, with God’s help, and everyone’s genuine participation, [Lebanon] may be reborn free and strong.”

In particular, the Holy Father invited the Church in Lebanon, “to be close to the people on their Calvary, as she has been doing in these days, with solidarity and compassion, with heart and hands open to sharing.” He made an emotional appeal to the “bishops, priests and religious of Lebanon to be close to the people and to live a style of life marked by evangelical poverty, without luxury, because your people are suffering, suffering a lot.”

He also renewed his appeals to the international community to contribute “generous aid” to Lebanon in this time of national tragedy.