Pope at Mass: authority is not in commanding but in coherence and witness

Pope at Mass: authority is not in commanding but in coherence and witness 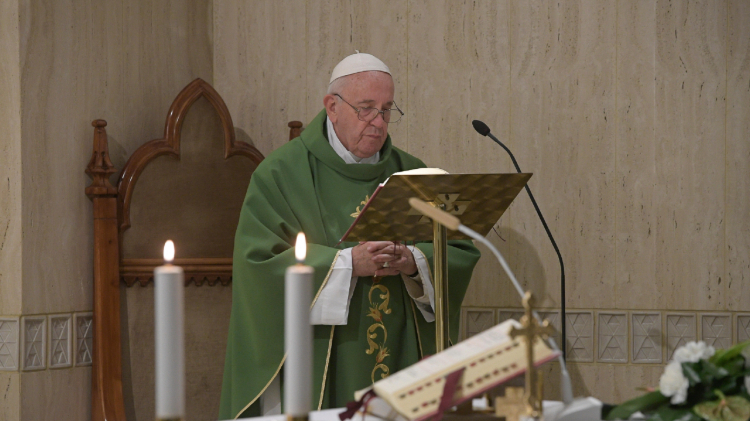 Pope Francis speaks about the harm done by “incoherent” Christians and “schizophrenic” pastors who do not bear witness and thus distance themselves from the Lord’s way of doing things, from His authentic “authority”. He made the point in his homily at Mass, Friday morning, at the Casa Santa Marta.

Pope Francis based his homily on the day’s Gospel where St. Mark notes that “Jesus taught as one having authority”. As Jesus preaches in the synagogue, the evangelist focuses on the reaction among the people to His way of acting with “authority”, unlike that of the scribes. The Pope thus explains the difference that exists between “having authority” or the “inner authority” of Jesus and the authority of the scribes who exercise it but “without having it”. Despite being experts in teaching the law and listened to by the people, they were not credible.

The Pope said that the authority of the Lord is one of “lordship” with which He moved about, taught, healed and heard the people. This lordship that came from within, demonstrates the consistency between His teaching and His actions. The Pope said it is this consistency, this testimony that gives authority to a person. Hence, authority is seen in coherence and testimony.

On the contrary, the Pope pointed out, the scribes were not consistent, which is why Jesus admonished the people to “do what they say but not what they do”. Jesus also did not miss an opportunity to reproach the scribes because “with this attitude”, the Pope said, they had fallen into a “pastoral schizophrenia”, saying one thing and doing something else. At times, in the Gospels, Jesus sometimes puts them in a corner, does not give them any answers or just describes them.

The Pope said that the word that Jesus uses to describe this inconsistency and schizophrenia is “hypocrisy”. Several times, in Chapter 23 of Matthew’s Gospel, Jesus calls the scribes and Pharisees “hypocrites”. The Pope said that “hypocrisy is the way of acting of those who have responsibility over the people, hence pastoral responsibility, but are not consistent.” They are not lords and do not have authority, but the people of God are meek and tolerate many hypocritical and schizophrenic pastors who are not consistent, who say one thing and don’t do it themselves.

Christian incoherence is a scandal

The Pope explained that the people of God who are very tolerant can recognize the power of grace. This, he said, is shown in the First Reading from the Book of Samuel where the elderly priest, Eli “had lost all authority, with only the grace of anointing remaining. With that grace, he blessed and performed the miracle for Anna who, distraught by grief, was praying to be a mother. Reflecting on this episode, the Pope said that the people of God can distinguish well between a person’s authority and the grace of anointing. They can make out a confessor after the heart of Christ. “This,” the Holy Father said, “is the wisdom of our people, who many times tolerate many incoherent pastors like the scribes and even Christians who go to Mass every Sunday and then live like pagans.”  People can easily recognize a scandal and incoherence behaviour.  Incoherent Christians who don’t give witness and incoherent and schizophrenic pastors who don’t give witness, do much harm, the Pope said.

He thus prayed that all baptized may have the “authority” that “does not consist in commanding and making oneself heard, but in being consistent, being a witness and for this reason, being companions on the way of the Lord”.