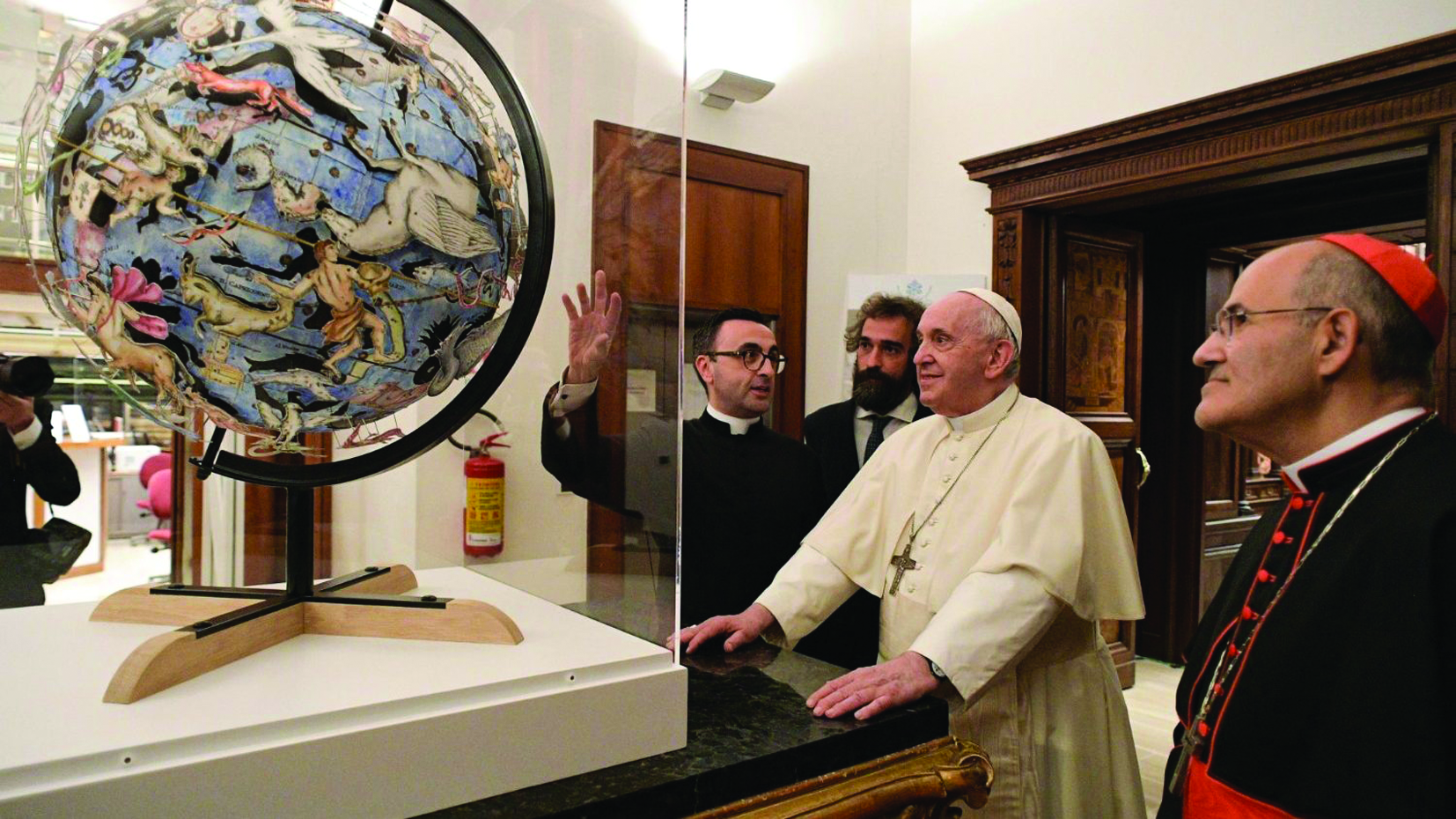 Pope Francis inaugurated a new contemporary art gallery at the Vatican’s Apostolic Library November 5, which was financed by the heirs of the American entrepreneur and philanthropist Kirk Kerkorian.

In a speech at the event, the Pope reflected on the theme of beauty and how the Church must bear witness to its importance in culture. “Beauty,” he said, “is not a fleeting illusion of an appearance or of an ornament; rather, it is born from the root of goodness, truth, and justice, which are its synonyms.”

He added that the human person needs both bread and culture, “which touches the soul, and which brings the human being to our most profound dignity.”

The Pope also viewed a site-specific exhibition by Italian artist Pietro Ruffo. The exhibit, titled “Everyone: Humanity on its way,” recalls the Pope’s encyclical Fratelli tutti, and turns part of the space into “a lush tropical forest.”

It offers a journey through historic artifacts from the Library, including charts and a 6-meter-long 17th century map of the Nile made by Evliya Çelebi, concluding with “utopian and allegorical maps” created by Mr. Ruffo.

“Throughout the history of humanity,” he says, “people have used the representative power of the map not only to describe the objectivity of the Earth, but also our own interiority, ideals, journeys, discoveries, and convictions.”

In his speech, the Pope noted that humanity needs “new maps” in order to discover fraternity, social friendship, and the common good.

“A closed-off mindset is sterile and full of uncertainty,” said the Pope.

“We need a new beauty which is not the usual reflection of the power of a select few but is a courageous mosaic of the diversity of all people.”