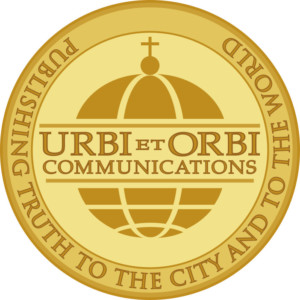 In the Gospel of Mark 3:25, Jesus states,
“And if a house be divided against itself, that house cannot stand.”

In 1986, I found myself in Rome working on my doctoral dissertation at the center of the Catholic Church I loved. Pope John Paul II was in his eighth year as Pope, and new winds were blowing through the Church and the world.

I saw the winds of change bringing renewal, yes, but also division, confusion – even the very beginnings of schism. Our precious unity was in danger.

And not only was our Catholic unity threatened: the 1,000-year fracture between the Catholic and Orthodox Churches was crippling Christianity, as each of our Churches struggled, alone, to confront unprecedented secularization, moral chaos, and even persecution.

It was then that I visited Assisi, not far from Rome, and heard echoing in my ears the words spoken by Christ to the beloved saint, Francis of Assisi, in 1205 A.D.: “Francis, come, rebuild my Church.”

At that point, everyday Catholics, especially the U.S., felt their ties to the Vatican and the Pope slipping away. “We are American Catholics, not Roman Catholics,” some said.

A darkness was descending, yet somehow I felt I could contribute to lighting the way — to healing the division and confusion in the Catholic Church, and to reaching out to our Orthodox brothers and sisters in faith.

John Paul II’s words, “The Church must breathe with both her lungs!” convinced me that the struggle to rebuild the Church could not really be successful without our final reunification with the Orthodox.

Since 1993, Urbi et Orbi Communications, publisher of Inside the Vatican magazine, has taken up the torch for unity, and our work to unite and rebuild has grown far beyond our magazine. Through numerous projects, we’ve built a structure of friendships among Catholics and Orthodox alike, brick by brick, around the world.

St. Francis, at first, picked up stones to rebuild one ruined chapel, but he soon realized his task was to rebuild the whole Church. He began the order of Friars Minor, and together they brought the light of Christ into the darkness of that age in a way we have not forgotten.

Urbi et Orbi Communications, too, seeks to answer the plea of Christ, “Rebuild my Church.” We see the darkness of secularism closing in around us – and we must respond, together, in spiritual and tangible ways. The answer, I believe, is to hold high, like a torch, the profound beauty and truth of our faith: it is the source of our unity, and our strength.

It is my sincere hope that every one of you will step forward, be a torchbearer with us, and help light the way of Truth in the gathering darkness – in unity with God, within the Catholic Church, and with our Orthodox brothers and sisters.

Why Unitas Now?
Give a Gift of Unity
Three Keystone Initiatives