“Our societies need celibacy, because they need God.”
— Cardinal Robert Sarah, co-author with Pope Emeritus Benedict of a new book from Ignatius Press, From the Depths of Our Hearts 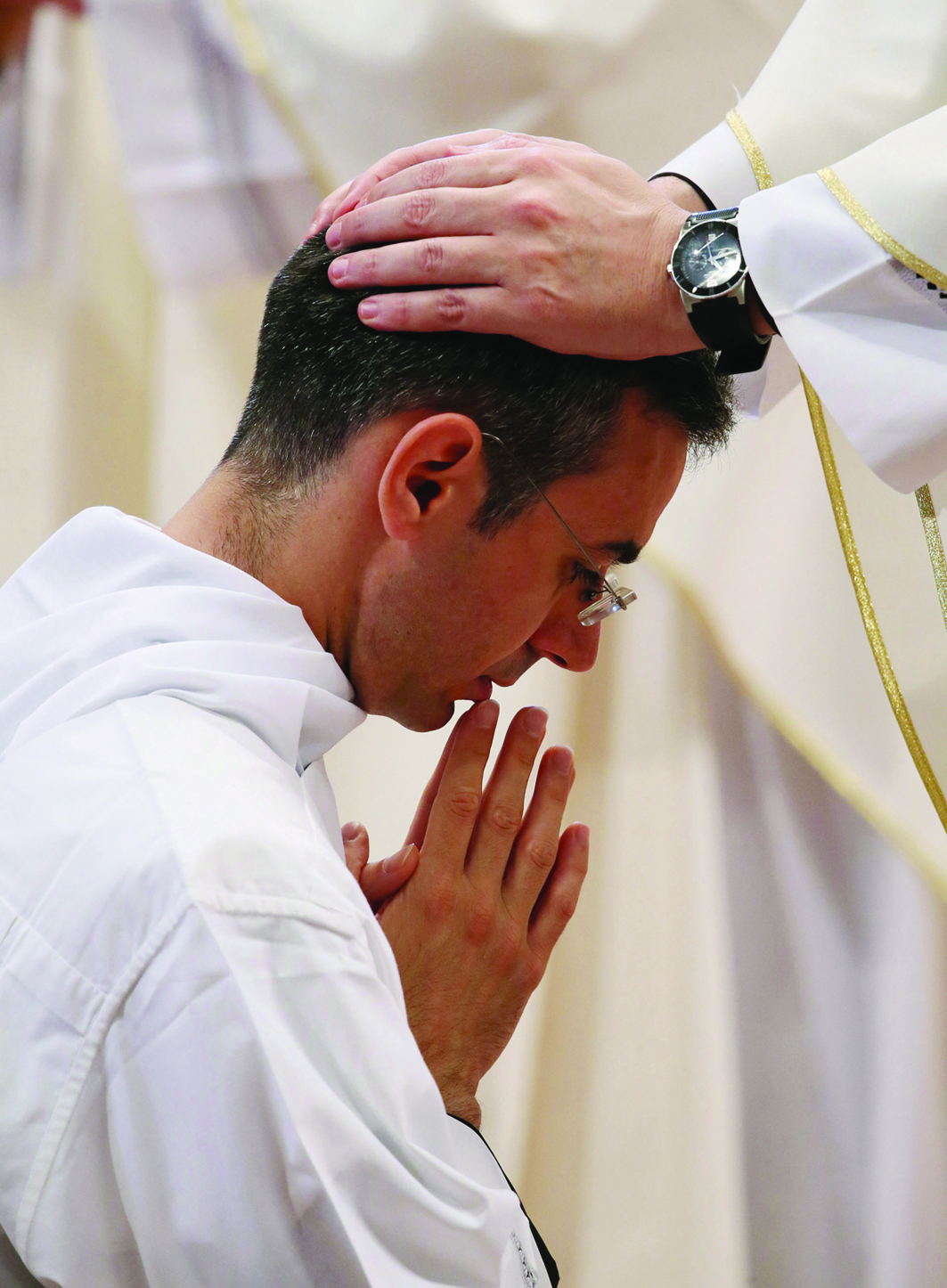 Declining to remain silent in the face of criticism of the newly-published book From the Depths of Our Hearts, co-authored by Cardinal Robert Sarah and Pope Emeritus Benedict XVI, the cardinal from Guinea gave Edward Pentin of the NationalCatholic Register an interview touching upon the book’s main topic, priestly celibacy, and efforts to bring change, whether mild or extreme, to the Latin Church’s discipline on the matter.

(Though the cover of the French-language version of the book gives Cardinal Sarah primary authorship and calls Benedict’s texts a “contribution” — an apparent concession to objections raised by the Pope Emeritus’secretary, Archbishop Georg Gänswein, that there had been some sort of “misunderstanding” about the extent of Benedict’s work — the English-language version, published by Ignatius Press, retains the original designation of the two as “co-authors.”)

In the interview, published February 8, the cardinal vigorously defends both the theological and practical grounds for retaining the discipline of mandatory celibacy for Catholic priests, and goes on to explain that the “exceptions” so often cited are just that — exceptions, and not the natural or optimal state of affairs for the priesthood. Excerpts from that interview follow.

Your Eminence, why did you want to write this book? 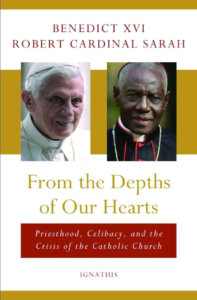 The book From the Depths of Our Hearts, co-authored by Cardinal Robert Sarah and Pope Emeritus Benedict XVI

CARDINAL SARAH: Because the Christian priesthood is in mortal danger! It’s going through a major crisis.

The discovery of the great number ofsexual abuses committed by priests, and even bishops, is an indisputable symptom of this. Pope Emeritus Benedict XVI had already spoken out strongly on this subject. But then his thinking was distorted and ignored. Just like today, attempts have been made to silence him. And like today, diversionary maneuvers were mounted to divert attention from his prophetic message. Yet I am convinced that he has told us the essential — what no one wants to hear. He has shown that at the root of the abuses committed by clerics, there is a deep flaw in their formation. The priest is a man set apart for the service of God and the Church. He is a consecrated person. His whole life is set apart for God. And yet they wanted to desacralize priestly life. They wanted to trivialize it, to render it profane, to secularize it. They wanted to make the priest a man like any other.

Some priests were formed without putting God, prayer, the celebration of Mass, the ardent search for holiness at the center of their lives.

As Benedict XVI said, “Why has pedophilia reached such proportions? In the final analysis, the reason is the absence of God. It is only where Faith no longer determines man’s actions that such crimes are possible.”

Precisely how poor has this formation been that you mention, and what have been the effects?

Priests have been formed without teaching them that God is the only point of support for their lives, without making them experience that their lives only have meaning through God and for him. Deprived of God, they were left with nothing but power. Some have fallen into the diabolical logic of abuse of authority and sexual crimes. If a priest doesn’t daily experience he is only an instrument in God’s hands, if he doesn’t stand constantly before God to serve him with all his heart, then he risks becoming intoxicated with a sense of power. If a priest’s life is not a consecrated life, then he is in great danger of illusion and diversion.

Today, some would like to take a further step in this direction. They would like to relativize the celibacy of priests. That would be a catastrophe! For celibacy is the most obvious manifestation that the priest belongs to Christ and that he no longer belongs to himself. Celibacy is the sign of a life that has meaning only through God and for him.

To want to ordain married men is to imply that priestly life is not full time, that it does not require a complete gift, that it leaves one free for other commitments such as a profession, that it leaves time free for a private life. But this is false. A priest remains a priest at all times. Priestly ordination is not first of all a generous commitment; it is a consecration of our whole being, an indelible conformation of our soul to Christ, the priest, who demands from us permanent conversion in order to correspond to him.

Celibacy is the unquestionable sign that being a priest supposes allowing oneself to be entirely possessed by God.To call it into question would seriously aggravate the crisis of the priesthood.

But what about exceptions to the law of celibacy that already exist, for example in the Eastern Catholic rites or the Anglican Ordinariate?

An exception is transitory by definition and constitutes a parenthesis in the normal and natural state of things. This was the case of Anglican pastors returning to full communion. But the lack of a priest is not an exception. It is the normal state of any nascent Church, as in the Amazon, or dying Churches, as in the West. Jesus warned us: “The harvest is plentiful but the workers are few.” The ordination of married men in young Christian communities would prohibit the raising of vocations of unmarried priests. The exception would become a permanent state. A weakening of the principle of celibacy, even if limited to one region, would not be an exception, but a breach, a wound in the internal coherence of the priesthood. On the other hand, the dignity and greatness of marriage is increasingly better understood. As Benedict XVI points out in this book, these two states are not compatible because they both demand an absolute and total gift. 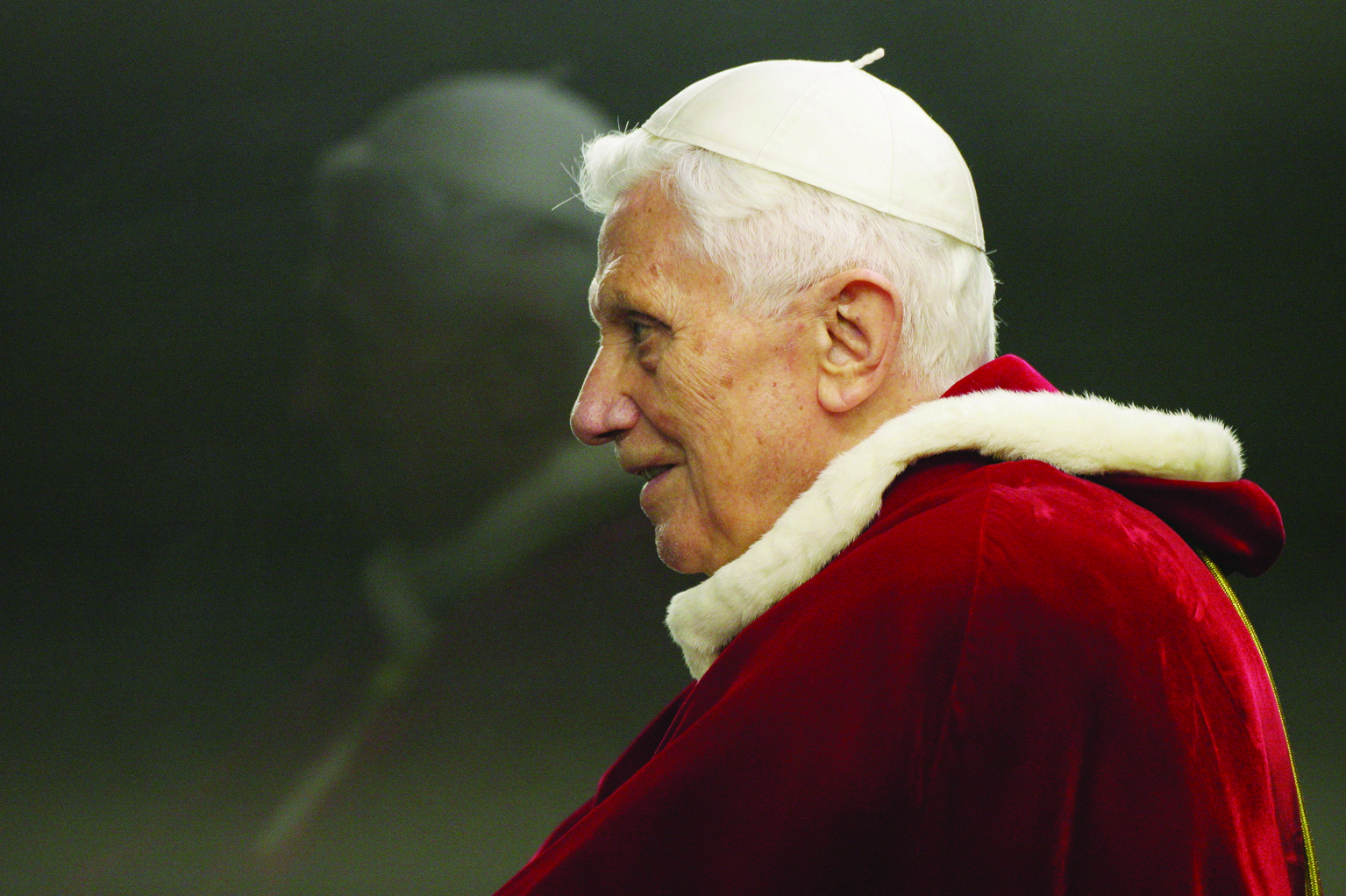 In the East, some Churches have married clergy. I do not in any way question the personal holiness of these priests. But such a situation is only livable because of the massive presence of monks. Moreover, from the point of view of the sign given to the whole Church by the priesthood, there is a risk of confusion. If a priest is married, then he has a private life, a conjugal and family life. He must make time for his wife and children. He is unable to show, by his whole life, that he is totally and absolutely given to God and the Church. St. John Paul II stated it very clearly: The Church wants to be loved by her priests with the very love with which Jesus loved her, that is to say, with an exclusive spouse’s love. It is important, the saintly Polish pope said, that priests understand the theological motivation of their celibacy. He said: “Priestly celibacy should not be considered just as a legal norm or as a totally external condition for admission to ordination, but rather as a value that is profoundly connected with ordination, whereby a man takes on the likeness of Jesus Christ, the Good Shepherd and Spouse of the Church” (Pastores Dabo Vobis, 50).

This is what we wanted to recall with Benedict XVI. The true foundation of celibacy is not juridical, disciplinary or practical; it is theocentric.

On this subject I refer you to the extraordinary speech of Benedict XVI to the Roman Curia on Dec. 22, 2006: “Celibacy for God is an absurdity in the eyes of the secularized and atheistic world. Celibacy is a scandal for the contemporary mind. It shows that God is a reality. If the life of priests does not concretely show that God is enough to make us happy and to give meaning to our existence, then who will proclaim him? More than ever our societies need celibacy because they need God.”