The head of the imperial house of Brazil, a faithful Catholic, died on July 14 at age 84 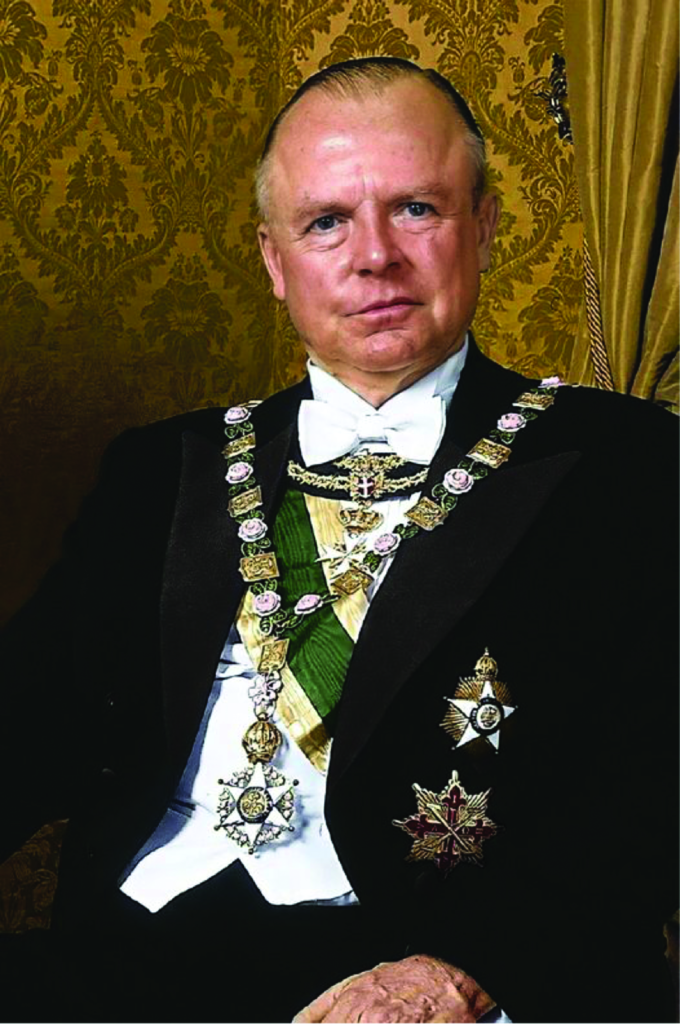 Dom Luiz d’Orleans-Bragança:
“We base our hopes on the promises of Our Lady”

He died in São Paulo, Brazil on July 14, 2022, after being hospitalized for a month: S.A.I.R. Prince Dom Luiz Gastão Maria José Pio d’Orléans and Bragança and Wittelsbach, Head of the Imperial House of Brazil, Grand Cross Bailiff of the Sacred Military Constantinian Order of Saint George of the Royal House of the Two Sicilies, Grand Cross of Honor and Devotion of the Sovereign Bailiff Military Order of Malta, Knight of the Equestrian Order of the Holy Sepulcher of Jerusalem. Dom Luiz was born on June 6, 1938 in Mandelieu-la-Napoule, Alpes-Maritimes, in the south of France. He lived in a house “without luxury or splendor” in Higienópolis, a district of São Paulo. His brother Bertrand succeeds him as Head of the Imperial House of Brazil.

Dom Luiz and two of his younger brothers, Prince Bertrand and Prince Antonio, devoted themselves to advancing the cause of the monarchy in Brazil. They played important roles during the 1993 plebiscite campaign, which represented the first official opportunity for a return of the monarchy to Brazil since the proclamation of the Republic in 1889. In it, the Brazilian people were asked to choose which form of government, presidential or parliamentary, and what form of state organization, republic or constitutional monarchy, that Brazil should have.

The monarchical cause was unsuccessful, receiving 13.2% of the votes against 66% for the republic.

On July 15, 2022, the President of Brazil and the Minister of Foreign Affairs signed an official decree in which they declared that an official one-day period of mourning should be observed in Brazil as a sign of regret for the death of Dom Luiz, reporting him as Head of the Imperial House of Brazil.

Italian Prof. Roberto de Mattei, a prominent Catholic conservative in Italy, wrote in Corrispondenza Romana di Oggi, on July 16, in an article entitled “In memory of a Catholic prince”: “Today it is rare to meet authentically Catholic princes and when one of them passes away, it is a duty to honor his memory. I was lucky enough to personally know Dom Luiz d’Orleans and Bragança, the Head of the Brazilian Imperial House (…) and I wish to pay homage to him, in an age when we are in dire need of men who embody principles. Dom Luiz was one of these: he embodied in his words, in his actions, and above all in his way of being, the monarchical principle of society.

“Today, society is unraveling because the principle of authority and hierarchy on which Christianity was founded has been replaced by that of anarchy and chaos. (…)

“On April 29, 2004, Dom Luiz presided over the presentation of the German edition of my book The Crusader of the Twentieth Century in the hall of the Coburg Palace in Vienna. Three years earlier, on October 10, 2001, he had participated in the commemoration of the 430th anniversary of the Battle of Lepanto in Rome. The event, promoted by the Lepanto Cultural Center, took place in the halls of the Palazzo della Cancelleria, in the presence of more than five hundred people. The Imperial Prince sat in the front row next to Cardinals Alfons Maria Stickler, Paul Augustin Mayer, Lorenzo Antonetti and Luigi Poggi, the representatives of the Order of Malta and the Constantinian Order of Saint George and the descendants of the most illustrious European families, whose ancestors had fought in the waters of Lepanto.

“These were not worldly performances, which Dom Luiz always shunned, but burdensome commitments, to which he submitted in order to be faithful to his duty of state. Two eminent virtues shone from his gaze: purity and steadfastness.” (…)

Dom Luiz wanted to be, and was, a Catholic prince. He was a Carmelite tertiary and consecrated to Mary according to the practice of St. Louis Marie Grignion de Montfort, but above all he gave the example of a fervent Catholic spirit. He painfully followed the process of self-demolition of the Church and did not fail to express his respectful dissent with some positions of the Catholic hierarchy. Thus, on September 27, 2016, he was among the first signatories of a Declaration presented on the initiative of the Supplica Filial Association by a group of 80 Catholic personalities, including cardinals, bishops, and eminent scholars, who reaffirmed their fidelity to the immutable teachings of the Church about family and marriage.

At the Noblesse et Tradition conference in Turin, on October 30, 2004, Dom Luiz closed his speech with these words:

“In a future that we hope is not too far away, our gaze will turn to these years of apostasy, of blood and chaos, left behind forever.

“We can be sure of this, because we are basing our hopes on the promises of Our Lady of Fatima.

“We stand up against modern convulsions and crises, opposing them and faithfully following the immortal advice and teachings of the great Pope Pius XII.”

In Vienna, on April 29 of the same year, he said: “I remember very well the last public meeting held by Professor Plinio Corrêa de Oliveira two months before his death. He reminded us to trust in Our Lady, saying: ‘The more we feel lost, the more we must trust in Our Lady as she has promised that she will triumph. Confidence! Confidence! Confidence! Even if it were to take five, ten, fifteen, fifty years, we must have confidence that one day the triumph of the Immaculate Heart of Mary will come.’”

Dom Luiz d’Orleans and Bragança could not see that blessed day, but he leaves the example of a perfect Catholic prince to whom we bow with reverence.