Archbishop Paglia: Priests can be present at assisted suicide 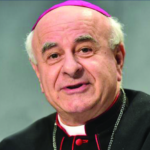 Archbishop Vincenzo Paglia, president of the Pontifical Academy for Life, said that he would be willing to hold the hand of someone dying from assisted suicide, and that he does not see that as lending implicit support for the practice.

Paglia spoke at a December 10 press conference preceding a two-day symposium on palliative care being sponsored by the Pontifical Academy for Life and the WISH initiative, part of the Qatar Foundation.

Answering a question about assisted suicide and whether a Catholic or a Catholic priest can be present at someone’s death by assisted suicide, Paglia told a small group of journalists that he would be willing to do so, because “the Lord never abandons anyone.”

“In this sense, to accompany, to hold the hand of someone who is dying, is, I think, a great duty every believer should promote,” he said, adding that believers should also provide a contrast to the culture of assisted suicide. 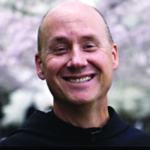 A Catholic university in the U.S. has partnered with an Iraqi Catholic college to promote opportunities for scholarship, collaboration, and understanding between the two countries. 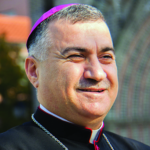 Franciscan University of Steubenville in Ohio and the Catholic University of Erbil (CUE) in Iraq signed a Memorandum of Understanding on December 6. The document was signed by Father Dave Pivonka, president of Franciscan, and Archbishop Bashar Warda of Erbil, who founded the Iraq university in 2015. “The agreement forges ties between the two schools and cities that include cultural exchanges, such as the visit this past September by Iraqi high school students to Steubenville,” Tom Sofio, a Franciscan University spokesman, told CNA. 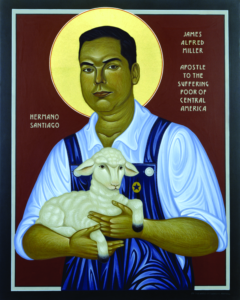 The son of Wisconsin farmers, Brother James Miller, FSC, was beatified on December 7 in Guatemala, 36 years after he was shot and killed while working with school children and the indigenous poor in the country.

A graduate of St. Mary’s University in Winona, Minnesota and a member of the De La Salle Christian Brothers, Miller is remembered for his generosity, courage, and zeal to serve the children of Central America. He is the first member of his order in the United States to be beatified.

“No one is perfect, and yet Jim, like a lot of people, did things very quietly, behind the scenes. He never asked for recognition,”Brother Pat Conway, who first knew Miller as a student and then as a fellow brother, told Minnesota newspaper Post Bulletin. 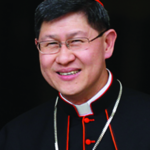 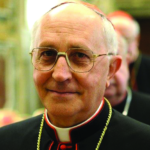 Praedicate evangelium, the new curial constitution, not yet promulgated, is expected to place an even further emphasis on evangelization as the structural priority of the Church’s mission, with the possible merger of the Congregation for the Evangelization of Peoples and the Pontifical Council for the Promotion of the New Evangelization into a single larger department.

As the head of a curial department, Tagle will no longer be the archbishop of Manila, a post he has held since December 2011. He was made a cardinal by Benedict XVI in 2012. 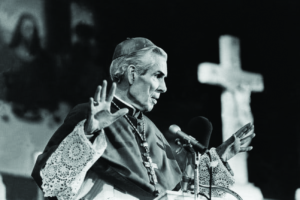 After the Diocese of Rochester confirmed it had requested that the beatification of Venerable Fulton Sheen be delayed, a longtime Peoria diocese official is accusing the Rochester diocese of repeatedly “sabotaging” Sheen’s sainthood cause.

“Under the veneer of the Rochester diocese’s call for caution, more than an overwhelming majority of people would conclude that it is an unexplainable act of sabotage — a sabotage that simply hurts the faithful,” Monsignor James Kruse, an official in the Diocese of Peoria involved in advancing Sheen’s cause, wrote in a lengthy December 7 op-ed. 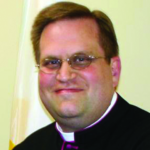 Venerable Fulton Sheen was an American archbishop and television personality who was set to be beatified December 21. The Holy See made the decision to postpone the beatification on December 2, with the Peoria diocese attributing the Vatican’s decision to “a few members of the Bishop’s Conference who have asked for further consideration.”

“This pattern is simple: the Sheen Cause takes a step forward and then the Rochester diocese acts to block the Beatification. When examining the pattern it is hard not to believe that the diocese of Rochester acts more to sabotage the Cause and less to protect the good of the Church.” 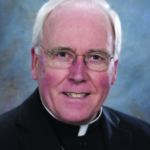 Pope Francis accepted the resignation of Buffalo’s embattled Bishop Richard Malone. The Diocese of Buffalo will be administered by Albany’s Bishop Edward Scharfenberger until a permanent replacement for Malone is appointed. 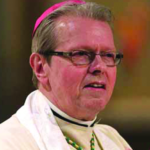 A December 4 communiqué from the United States’ apostolic nunciature said Malone asked Pope Francis for an “early retirement” during last month’s ad limina visit, after being made aware of the results of an apostolic visitation to the Diocese of Buffalo, which concluded at the end of October.

In his own statement December 4, Malone said the results of the apostolic visitation were a factor in his decision to resign, but he is doing so “freely and voluntarily.” 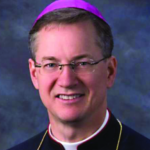 Bishop Paul Sirba of the Diocese of Duluth, Minnesota, died December 1 after suffering a heart attack before offering Mass. He was 59 years old. 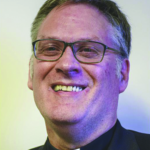 “It is with an incredibly heavy heart that I must inform you of tragic news regarding our Bishop,” said a December 1 statement from Fr. James B. Bissonette, who had been the diocesan vicar general until the bishop’s death. The office of the vicar general ceases upon the death of the diocesan bishop.

“Words do not adequately express our sorrow at this sudden loss of our Shepherd,” Bissonette said.

Benedict XVI reflects on 50 years of the International Theological Commission 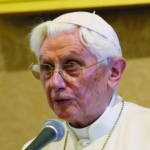 Pope Emeritus Benedict XVI sent a message to the International Theological Commission this week reflecting on the theological contributions of the commission that he led for nearly half of its 50-year history. 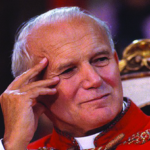 The Pope emeritus expressed “gratitude for what has been accomplished in half a century” by the theological commission, “even with all the inadequacies of the human search,” in a message read aloud to the International Theological Commission. Benedict XVI, then Joseph Ratzinger, served as president of the International Theological Commission from 1982-2005 as prefect of the Congregation of the Doctrine of Faith under St. John Paul II. 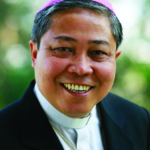 Pope Francis named Archbishop Gabriele Giordano Caccia the next Permanent Observer of the Holy See to the United Nations.

“I hope to be able to fulfill well the new task Pope Francis has entrusted to me, seeking to bring the light of Catholic social teaching to the discussions and debates of the international community,” Caccia said of his appointment November 16. 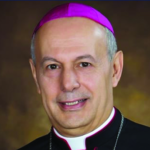 Archbishop Caccia will succeed Archbishop Bernardito Auza, whom Pope Francis appointed Apostolic Nuncio to the Kingdom of Spain and to the Principality of Andorra in October.

Caccia has spent nearly 30 years in the Vatican’s diplomatic service working in nunciatures in Tanzania, Lebanon, the Philippines, and the Vatican’s Secretariat of State in Rome.

Most recently, Caccia has been serving as the Apostolic Nuncio to the Philippines since September 2017. 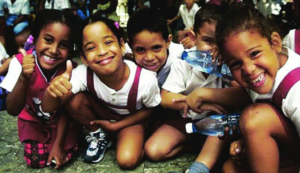 With much of Cuban society today losing a sense of the value of human life, a Polish nun on the island says she has created an initiative to offer practical help and support to women facing difficult pregnancies.

Sister Filipa Bak of the Congregation of the Mother of God of Mercy told EWTN News November 11 that she founded “Project Hope” with a dual purpose: to support pregnant mothers in need and to “help women who have had an abortion to find the forgiveness of God who is rich in mercy.”

Pregnant women who come to Project Hope are assigned an aid who accompanies them with support and resources during the pregnancy and for one year after the baby is born. Each mom also receives a basket with clothing and other newborn necessities, which are collected through donations.