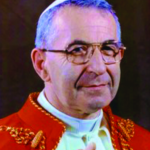 Pope Francis approved the establishment of the John Paul I Vatican Foundation to preserve and promote the writings, thinking, example and study of “The Smiling Pope.” 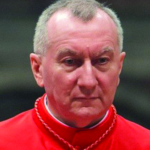 The Pope also appointed as the foundation president Cardinal Pietro Parolin, Vatican Secretary of State, who, like Pope John Paul, is from Italy’s northern Veneto region.

The Vatican made the announcement on April 28.

St. John Paul II said his predecessor’s importance was inversely proportional to his brief pontificate, and Cardinal Parolin said this Pope “was and remains a point of reference within the history of the universal Church.” (CNS) 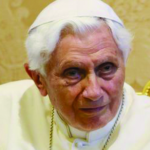 Retired Pope Benedict XVI “is well,” although the coronavirus pandemic restrictions meant he received no visitors on April 16, his 93rd birthday. 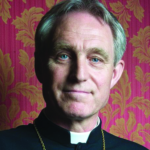 “Thank God, all of us in the Mater Ecclesiae Monastery are well,” Archbishop Georg Gänswein, the retired Pope’s personal secretary, told Avvenire, the newspaper of the Italian bishops. The retired Pope, the archbishop and a group of consecrated women who care for the Pope Emeritus live in the former monastery in the Vatican Gardens. 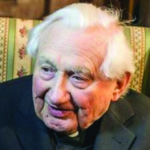 Usually for his birthday, Pope Benedict is joined by his older brother, Monsignor Georg Ratzinger, who turned 96 in January, but Archbishop Gänswein told Vatican News that, this year, the two spoke on the phone. Monsignor Ratzinger’s call was just one of many birthday calls the retired Pope received. Despite the lockdown, Gänswein told Avvenire April 16, the day would be “more festive” than usual in the monastery. And, he told Vatican News, it would feature the singing of Bavarian folk songs. (CNS) 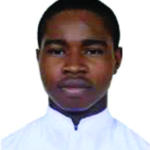 A man claiming to have killed the murdered Nigerian seminarian Michael Nnadi (photo) has given an interview in which he says he executed the aspiring priest because he would not stop announcing the Christian faith in captivity.

Mustapha Mohammed, who is currently in jail, gave a telephone interview to the Nigerian newspaper Daily Sun May 1. He took responsibility for the murder, according to the Daily Sun, because Nnadi, 18 years old, “continued preaching the Gospel of Jesus Christ” to his captors.

According to the newspaper, Mustapha praised Nnadi’s “outstanding bravery,” and that the seminarian, “told him to his face to change his evil ways or perish.” (CNA)

Grand Master of The Order of Malta dies at 75 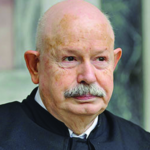 The Grand Master of the Order of Malta Fra’ Giacomo Dalla Torre died early April 29 at the age of 75. He had been in treatment for throat cancer in Rome in recent months. He is remembered by the Order of Malta for his kindness, appreciation of the arts, and charity towards the poor and disabled.

Pope Francis sent a condolence message to the Order of Malta April 29, describing Dalla Torre as “a zealous man of culture and faith,” and remembering “his dedication to the most suffering.” (CNA)

Iran has sentenced a 21-year-old Christian woman to prison and lashing for “disturbing public order,” after she protested the destruction of a passenger jet by the military. 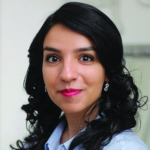 Mary (Fatemeh) Mohammadi, a 21-year-old Iranian convert to Christianity, was arrested on January 12 after taking part in anti-government protests that followed the shooting down of a passenger jet, Ukrainian Air Flight 752, by the Iranian Revolutionary Guard (IRG). Iran announced several days after the incident that the IRG mistakenly shot the plane down, resulting in the deaths of all 176 people on board the flight.

In an Instagram post on April 22, Mohammadi said her sentence of three months and one day in prison is suspended for one year. She was also sentenced to 10 lashes.

Mohammadi said she has been tortured in prison and suffered “terrible conditions” for “protesting against the slaughter of human beings.” She said she did not appeal her sentence “because the appeal courts have turned into affirmative tribunals.” (CNA)

The Vatican has named a new director for its internal financial watchdog authority. 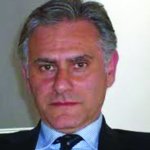 In a statement April 15, the Holy See press office said that the Vatican Secretary of State Cardinal Pietro Parolin had appointed Giuseppe Schlitzer as director of the Financial Intelligence Authority (AIF). He succeeds Tommaso Di Ruzza, who completed his five-year term of office January 20, the Vatican said. 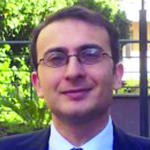 Cardinal Parolin also named a new vice-director, Federico Antellini Russo (photo). The two men will run the watchdog group, which combats money laundering, along with AIF President Carmelo Barbagallo, who was appointed after the abrupt departure of René Brülhart in November 2019. (CNA) 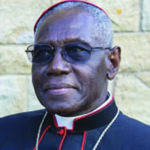 In the coronavirus pandemic, the sick and dying cannot be denied the sacramental assistance of a priest, Cardinal Robert Sarah said in an interview April 9.

Speaking to French magazine Valeurs actuelles, Sarah said that during the coronavirus emergency “priests must do everything they can to remain close to the faithful.”

“They must do everything in their power to assist the dying, without complicating the task of the caretakers and the civil authorities,” he continued, “but no one has the right to deprive a sick or dying person of the spiritual assistance of a priest. It is an absolute and inalienable right.”

In the interview, the Guinean cardinal, who is Prefect of the Vatican’s Congregation for Divine Worship and the Discipline of the Sacraments, said he believed many priests had rediscovered their vocation to prayer amid the COVID-19 pandemic. “If priests cannot physically hold the hand of each dying person as they would like, they discover that, in adoration, they can intercede for each one,” he said, adding that he hoped the sick and isolated would feel connected to their priests through prayer. (CNA)

Blood of St. Janarius liquefies in Naples under lockdown

The liquefaction of the blood of the early Church martyr St. Januarius occurred amid the coronavirus lockdown, leading the Archbishop of Naples to bless the city with the miraculous relic. 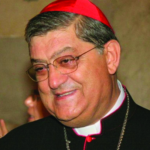 “Dear friends, I have a big announcement to make: even in this time of coronavirus, the Lord through the intercession of St. Januarius has liquified the blood!” Cardinal Crescenzio Sepe said May 2.

Cardinal Sepe, the Archbishop of Naples, offered a Mass via video livestream from the Cathedral of the Assumption of Mary to celebrate the recurring miracle, and then used the relic of the liquified blood to bless the city.

“How many times our saint has intervened to save us from the plague, from cholera. St. Januarius is the true soul of Naples,” he said in his homily. (CNA) 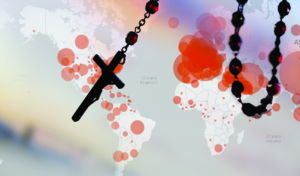 Like a lot of people, Mike Del Ponte found himself getting upset seeing the daily map updates tracking the spread of COVID-19. So he and a few friends decided to create a different map, tracking a different kind of spread: the spread of prayer and hope.

Launched on April 28, The Map of Hope is a platform where people post their prayer intentions, and offer a rosary for someone else. Users tag their location, which places a dot on the map. The more people praying in an area, the bigger the dot grows.

In less than a week, The Map of Hope charted more than 4,800 prayer intentions, spanning all 50 states in the US and over 130 countries.

The site also contains instructions on how to pray the Rosary, links to live recitations of the Rosary, and information about miracles attributed to the Rosary.

Del Ponte, who is involved with startups in Silicon Valley, joined up with his friends Joe Kim and Joanna Hernandez and worked out the details of the website. (CNA)