Pope clears way for beatification of Knights of Columbus founder 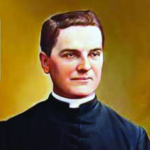 Pope Francis has approved a miracle attributed to the intercession of Father Michael McGivney, founder of the Knights of Columbus, clearing the way for his beatification.

While the Vatican announced May 27 that Pope Francis had signed the decree, no date was announced for the beatification ceremony due to a pandemic-caused backlog.

For beatification, the Vatican requires proof of a miracle attributed to the candidate’s intercession, unless the candidate was martyred for his or her faith.

A statement from the Knights of Columbus said, “The miracle recognized as coming through Father McGivney’s intercession involved an unborn child in the United States who in 2015 was healed in utero of a life-threatening condition after prayers by his family to Father McGivney.” (CNS)

Normally, the Missionary Sisters of the Precious Blood feed about 200 children in Nairobi’s informal settlements of Kawangware and Riruta.

But with the COVID-19 pandemic and lockdown, the sisters are expanding their reach. 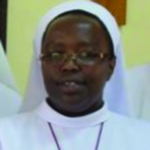 “We are using the telephone contacts of the children to reach these poor and needy families,” Precious Blood Sister Grace Njau told Catholic News Service during a mid-June distribution. The sisters set up distribution tents outside Amani Rehabilitation Center and Primary School, where the children normally go for breakfast and lunch.

Kenya’s bishops predicted the pandemic would hit vulnerable people the hardest, including the 2.5 million living in informal settlements. (Union of Catholic Asian News) 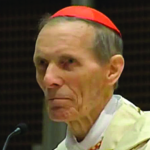 Pope Francis has paid tribute to the Italian Cardinal Renato Corti, who died May 12 aged 84.

In a telegram, the Pope said the cardinal was “animated in all things by a passionate desire to communicate the Gospel of Christ.” 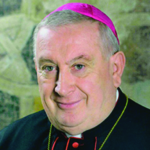 Corti preached the spiritual exercises to the Roman Curia in 2005 in the presence of St. John Paul II, who died later that year. In 2015, he wrote the meditations for the Good Friday Way of the Cross at the Colosseum in Rome. A year later, he received the red hat from Pope Francis. The Pope addressed his condolence telegram to Bishop Franco Giulio Brambilla of Novara, Corti’s diocese from 1991 to 2011. (CNA) 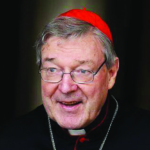 The publisher of the prison diary of Cardinal George Pell said the text reveals the courage, conviction, and Christian charity of the cardinal. 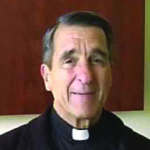 “This journal reveals the Cardinal Pell I know and that every faithful Catholic should get to know,” Fr. Joseph Fessio, SJ, of Ignatius Press told CNA June 20.

Pell “proclaimed Christ and the Church’s moral teachings without fear and with full knowledge of what the cost would be. And he paid the price with good humor and, like Christ, a love of his enemies,” Fessio added.

The publisher expects to publish in Spring 2021 either an abridged version of Pell’s prison journal, which runs to 1,000 pages, or the first volume of the full text, Ignatius Press said. News of the text’s publication was first reported by AP. (CNA)

The Vatican has ordered the prominent Italian Catholic layman Enzo Bianchi to leave the monastery he founded in 1965.

The Holy See made the ruling in a decree dated May 13, signed by Vatican Secretary of State Cardinal Pietro Parolin and approved by Pope Francis, following an apostolic visitation.

A statement on the Monastic Community of Bose’s website said the Pope had approved the apostolic visitation in response to “serious concerns” about “a tense and problematic situation in our community regarding the exercise of the founder’s authority, the governance, and the fraternal climate.”

Bianchi founded the ecumenical community in Biella, northern Italy, in the wake of the Second Vatican Council. It is a mixed community, composed of both men and women, who pray the Liturgy of the Hours and follow a rule influenced by St. Benedict and St. Basil the Great. Members include Catholics, Protestants, and Orthodox Christians. (CNA) 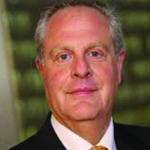 For the first time, a layperson has been appointed as Secretary of the Administration of the Patrimony of the Apostolic See, which oversees all of the Vatican’s properties in Italy. Pope Francis’ APSA nomination of Dr. Fabio Gasperini was published in a June 15 Holy See Press Office bulletin. Born in Rome on October 17, 1961, Dr. Gasperini is an auditor and chartered accountant. With a degree in economics and commerce, he has more than 25 years of experience in consulting and auditing services at leading financial institutions: banks, insurance companies, asset management companies, securities brokerage firms, and financial companies. (Zenit)

Pope Francis offered his condolences to Benedict XVI following the death of his brother this summer. 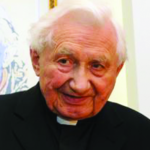 In a letter to the Pope Emeritus dated July 2, the Pope expressed his “heartfelt sympathy” after the death of Msgr. Georg Ratzinger on July 1 at the age of 96.

“You were kind enough to be the first to tell me the news of the departure of your beloved brother Georg,” Pope Francis wrote in the letter released in both Italian and German by the Holy See Press Office. “In this hour of mourning, I would like to express to you once again my heartfelt sympathy and my spiritual closeness.”

Benedict XVI’s older brother died a little more than a week after the Pope Emeritus made a four-day trip to Regensburg, Germany, to be by his bedside. On each day of the visit, the brothers celebrated Mass together, according to local Bishop Rudolf Voderholzer. (CNA) 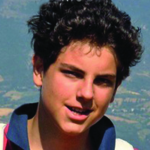 Venerable Carlo Acutis, an Italian teenager and computer programmer who died in 2006, will be beatified October 10 in Assisi, Italy. “The joy we have long awaited finally has a date,” Archbishop Domenico Sorrentino of Assisi said in a statement June 13. 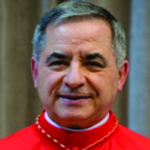 The beatification will take place in Assisi at 4 p.m. at the Basilica of Saint Francis. It will be chaired by Cardinal Angelo Becciu, who is Prefect of the Congregation for the Causes of Saints.

Acutis died of leukemia at the age of 15. He offered his suffering for the Pope and for the Church.

He was born in London on May 3, 1991 to Italian parents who soon returned to Milan. He was a pious child, attending daily Mass, frequently praying the rosary, and making weekly confessions. Acutis is currently buried in Assisi’s Church of St. Mary Major. (CNA)

Nuns praying for looters after attack on Catholic bookstore 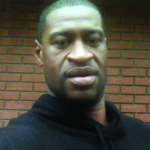 On May 31, protests in Chicago over the death of George Floyd turned violent.

As the Daughters of St. Paul cleaned up the broken glass the next day, they said they saw more clearly their mission to evangelize a wounded culture. 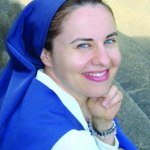 “All we can do is bring them Jesus and the Gospel, and His Word, and allow Him to speak to them. So what we’re trying to do is foster every person, every child of God, to know God as a good father who will provide,” Dugas said. (CNA). 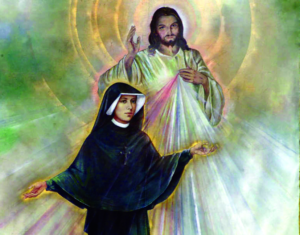 Pope Francis has decreed that St. Faustina Kowalska’s feast day be added to the Roman Calendar as an optional memorial to be celebrated by all on October 5.

The Vatican Congregation for Divine Worship issued the decree May 18, the 100th anniversary of the birth of St. John Paul II, who canonized St. Faustina on April 13, 2000, making her the first saint of the new millennium.

The decree said that Pope Francis had taken the step in response to petitions from pastors, religious men and women and associations of the faithful, and “having considered the influence exercised by the spirituality of St. Faustina in different parts of the world.” (CNA)