Cardinal: Pandemic may have accelerated secularization of Europe by 10 years 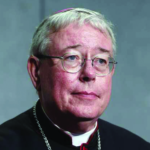 In an interview with L’Osservatore Romano September 2, Cardinal Jean-Claude Hollerich of Luxembourg said he believed the number of Catholics going to church would decrease as a result of COVID-19.

Asked whether he thought the Church in Europe would emerge stronger or weaker from the pandemic, he said: “I think about my country: we will be reduced in number. Because all those who no longer came to Mass, because they came only for cultural reasons, these ‘cultural Catholics,’ left and right, no longer come.”

He added: “But it’s not a complaint on my part. We would have had this process even without a pandemic. Perhaps it would have taken us 10 years longer.” 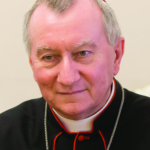 Cardinal Pietro Parolin has written an introduction to a book describing the continuity between Pope Francis and his predecessor Pope Emeritus Benedict XVI.

The book, published on September 1, is entitled Una Sola Chiesa, meaning “Only One Church.” It is a compilation of papal catecheses that places the words of Pope Francis and Benedict XVI side by side on more than 10 different topics, including faith, sanctity, and marriage.

“In the case of Benedict XVI and Pope Francis, the natural continuity of the papal magisterium has a unique feature: the presence of a pope emeritus in prayer next to his successor,” Parolin wrote in the introduction.

The Vatican Secretary of State highlighted both the “spiritual consonance of the two popes and the diversity of their style of communication.” 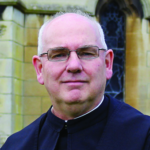 Abbot Nicholas Wetz told CNA September 1 that the Benedictine monks of historic Downside Abbey in Stratton-on-the-Fosse, Somerset, voted unanimously to leave the abbey, but that it was “an incredibly difficult decision.”

He said: “The community spent many months trying to discern what to do and where the Holy Spirit was leading them, and, in the end, took the unanimous decision after much prayer and many, many meetings.

“There was a deep desire to focus on what was truly important to them as Benedictine monks. While it was a very hard decision, they made it in a very positive spirit because they see it as an opportunity to return to some of those monastic principles.”

The leader of the diocese of Hong Kong has instructed priests to avoid politics in homilies and admonished them for “offensive” and “provocative” preaching. The warning comes amid a crackdown on free expression in Hong Kong, after the implementation of the new National Security Law in July. 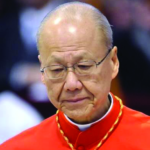 A letter, obtained by CNA, was sent from Cardinal John Tong Hon, the former Bishop of Hong Kong and current administrator of the diocese.

“The homily is not meant to convey the preacher’s personal views (such as his own view on a social or political issue) but God’s message,” the cardinal wrote.

“A reference to or brief analysis of current social issues would often be helpful and sometimes even necessary for a homily” with the aim of “encouraging the faithful… to bear Christian witness in social life and in social transformation,” he added.

“However, slandering and offensive expressions insinuating or instigating hatred and social disorder are unchristian and inappropriate for the liturgy.” 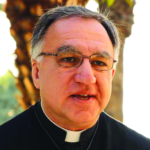 Fr. Thomas Rosica resigned as CEO of the Toronto-based Salt and Light Media Foundation in June 2019, four months after reports emerged that he had plagiarized sections of texts in lectures, op-eds, scholarly articles, and other writings. 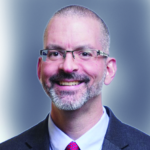 In a chapter of Disguised Academic Plagiarism, published in July, Dr. M. V. Dougherty argued that Fr. Rosica (identified as “R.” in the text) was the ghostwriter for several plagiaristic texts of Cardinal Marc Ouellet, the prefect of the Congregation for Bishops, while the latter was Archbishop of Quebec. 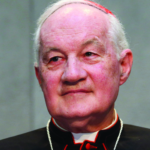 “The apparent devotion to the same very narrow subset of source texts in the plagiarizing works of R. and Ouellet’s ghostwriter is only because R. publishes some of his compilations under his own name and offers some of his other compilations to prelates,” Dougherty wrote in the “Magisterial Plagiarism” chapter of his book. “Considering the evidence… the ghostwriter for Cardinal Ouellet is none other than R.,” he concluded. 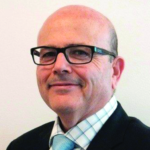 Pope Francis appointed Maximino Caballero Ledo, 60, from Merida, Spain, as secretary general of the Vatican’s economy office. He has lived in the United States since 2007, where he is vice president of international finance at Baxter Healthcare, Inc. 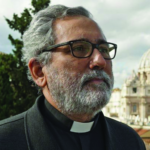 Guerrero and Caballero are childhood friends who grew up in the same city in Spain, were close friends through university and have remained in contact.

Caballero has degrees in economics and business administration, and has worked for businesses in Spain and the United States in positions of international finance. 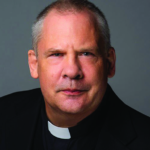 Fr. Paul Mankowski, SJ, PhD, noted scholar in residence at the Lumen Christi Institute at the University of Chicago since 2009, died suddenly on September 3 of a brain aneurysm at age 66.

Following graduation from the University of Chicago in 1976, Mankowski entered the Society of Jesus in Berkely, Michigan. In 1987 he was ordained to the priesthood and in 2012 professed his final vows. He earned an MA in classics at University of Oxford in 1983, a Master of Divinity and a Licentiate of Sacred Theology from Weston Jesuit School of Theology in 1987, and he completed a PhD in comparative Semitic philology in 1997 at Harvard.

Catholic journalist Phil Lawler said of Fr. Mankowski: “That he was a prodigious intellect is beyond dispute. He earned advanced degrees at Harvard and Oxford. He was fluent in multiple languages. He advised Vatican prelates, and more than once I detected a familiar style of prose in an official document from the Holy See. He taught Biblical languages at the Pontifical Biblical Institute. He maintained a lively correspondence with philosophers and political leaders. And if you have read The Tragedy of Macdeth, which he wrote just for fun under a pseudonym, you know that you are not dealing with an ordinary mind.”

Fr. Mankowski was renowned for his orthodoxy as well as his intellect. Fr. Jerry Pokorski of the Diocese of Arlington, Virginia, noted on The Catholic Thing website, ”His relative obscurity resulted from his religious vows. He was satisfied that he could accomplish great things for the Church through obedience to his Jesuit superiors – who were often hostile to his orthodoxy.”

He was devoted to his family and was beloved as a visiting priest by several parishes and many communities of women religious. Paul was deeply loved and respected by the community of scholars involved in the Lumen Christi Institute, and his death will leave a huge void. Paul’s deep love of the Church, the Society of Jesus, and his Jesuit vocation was the bedrock of his life.

Cardinal Parolin: Church financial scandals “must not be covered up”

In an interview, Cardinal Pietro Parolin, the Vatican Secretary of State, spoke about uncovering financial scandal to the Italian cultural association Ripartelitalia August 27. “Mistakes must make us grow in humility and push us to convert and improve… errors and scandals must not be covered up, but recognized and corrected or sanctioned, in the economic field as in others.”

He added: “We know well that the attempt to hide the truth does not lead to healing the evil, but to increase and entrench it.” 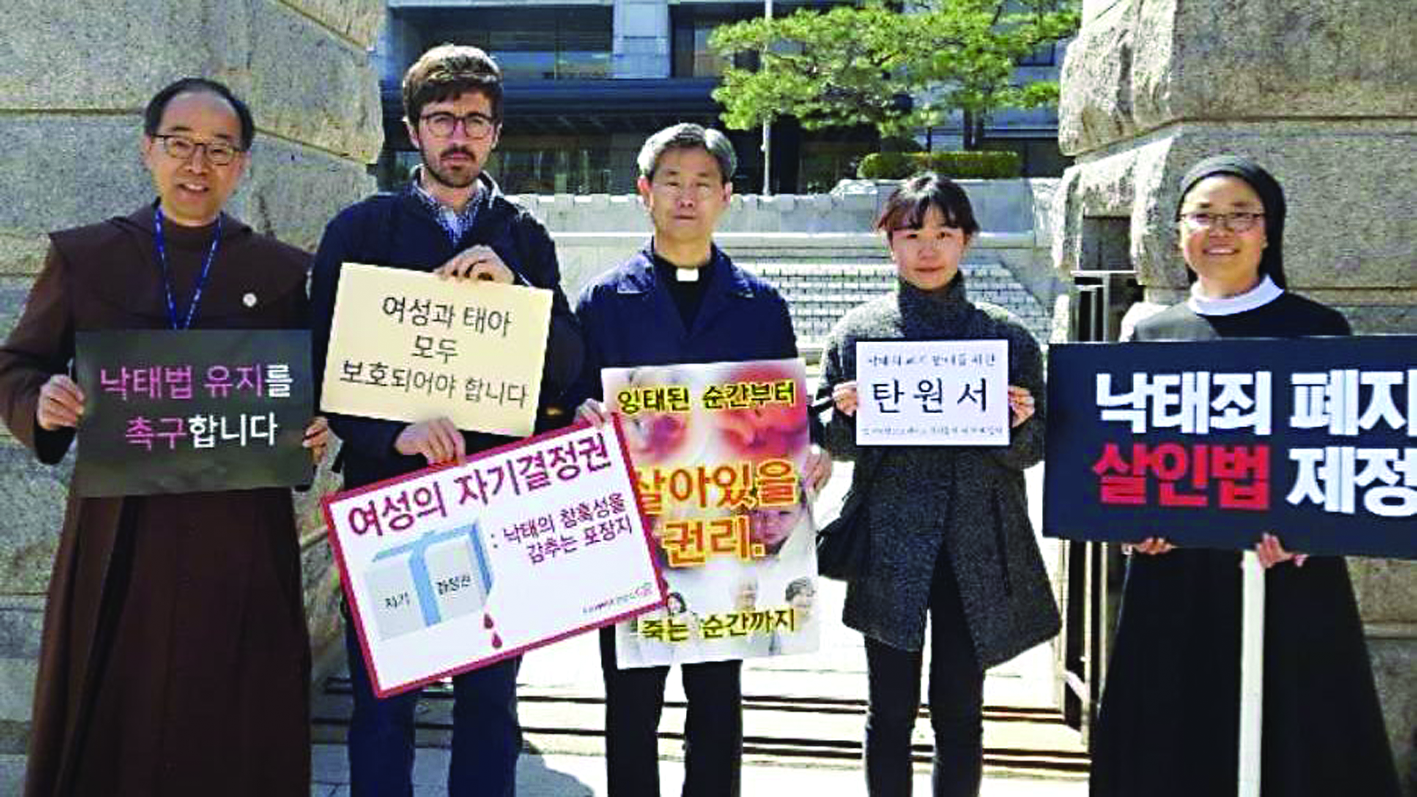 A pro-life association of university students is asking Pope Francis for support as the South Kor ean government decides the future of its national abortion law. 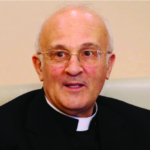 The Association of Pro-Life Students in Korea and a delegation of priests and religious met with Archbishop Alfred Xuereb, Apostolic Nuncio to Korea, who promised that their message would be delivered to the Pope that week.

During the meeting August 21, Anna Choo Hee-Jin, 26, president of the association, gave the apostolic nuncio a letter for Pope Francis on behalf of students from six universities in South Korea.

“I’m out on the street with pro-life college students with signs advocating for life. Unfortunately the current Korean government, pressured by the feminist claim of ‘right to choose,’ is not in favor of protecting the newborn,” she wrote in the letter.