The World and the Church Meet at Vatican’s Health Conference

The World and the Church Meet at Vatican’s Health Conference

Who is influencing whom? 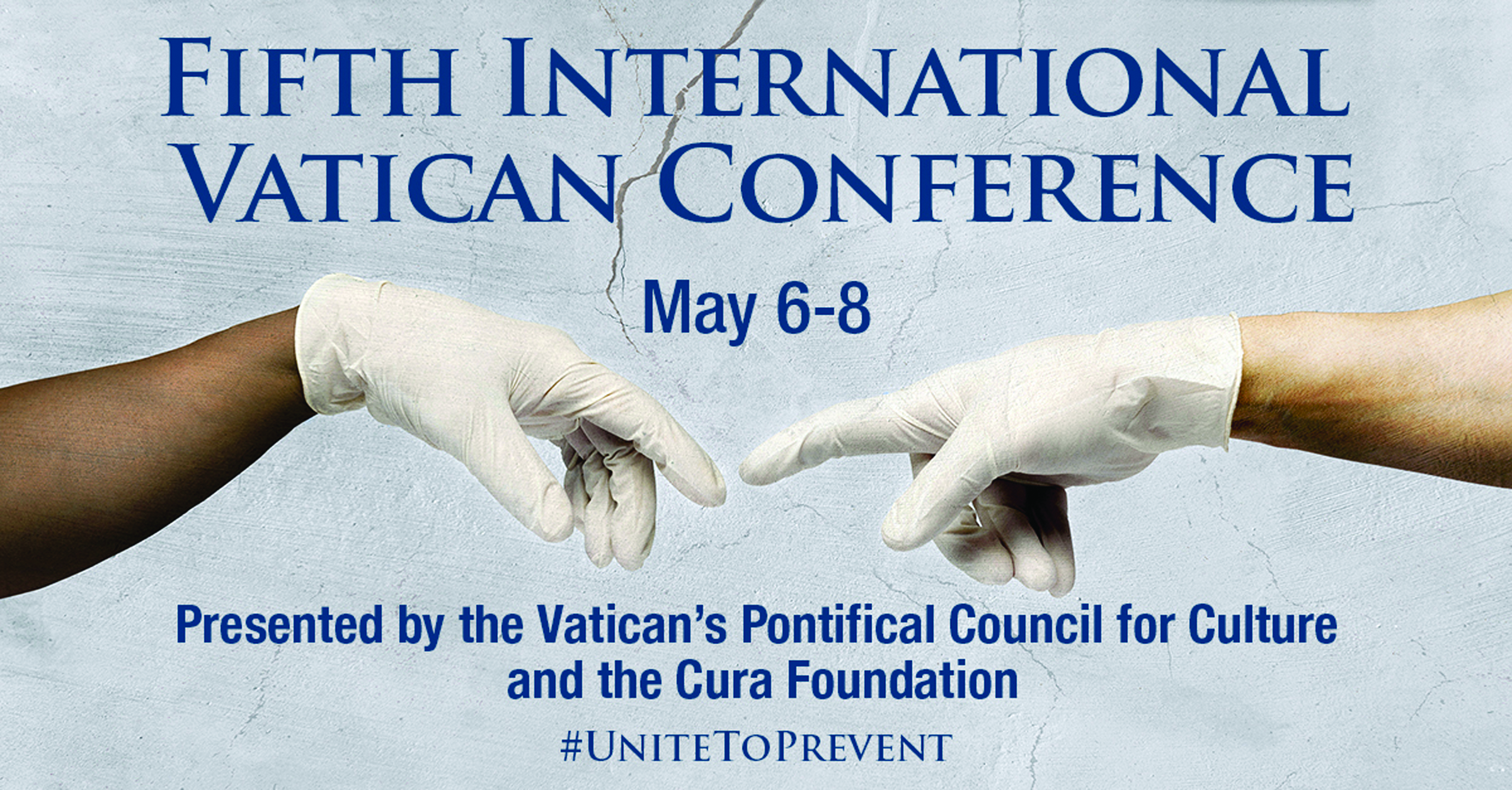 The Vatican held its fifth Vatican Conference on Health, “Exploring the Mind, Body and Soul: How Innovation and Novel Delivery Systems Improve Human Health,” this spring, from May 6 to 8. World-famous presenters participated, ranging from corporate CEOs and heads of medical institutions to model Cindy Crawford and rock band Aerosmith’s lead guitarist Joe Perry. (Much of it was virtual.) 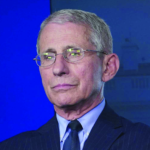 Dr. Anthony Fauci, US Director of the National Institute of Allergy and Infectious Diseases, and the United States’ chief Covid-response strategist, led off the three-day series of online sessions with a discussion of his approach to understanding public health threats and formulating responses to them. CEOs of Pfizer and Moderna spoke about Covid and vaccines developed by their respective corporations. Reports on the conference noted that much attention was given to Covid vaccines and overcoming vaccine “hesitancy.”

Of particular interest to those looking at the future of the health sciences were discussions of “gene editing” and the recent technology known by the acronym CRISPR, developed to facilitate it. Changing our genetic codes, said conference participants, holds promise of correcting harmful genetic mutations that can cause disease. However, as conference presenter Jamie Metzl, prominent “futurist” and author of the book Hacking Darwin: Genetic Engineering and the Future of Humanity has warned, it opens up the possibility, even likelihood, that people will eventually use this technology in pursuit of creating a “superman,” and indeed a “super race,” as is the goal of the “Transhumanist” (and related “Posthumanist”) movements.

Transhumanism’s enthusiasts give a range of interpretations of its definition; what they have in common is a belief in technology as a means to “improve” human capabilities, both physical and intellectual (and even emotional and moral). Some go on to posit the possibility, and desirability, of using technology to transform human nature itself.

But the question is, would shedding the nature with which we are endowed by our Creator indeed bring the universal happiness and wellbeing that is imagined? And, would it even be moral – never mind wise – to so militate against the order of nature designed by God?

The Christian intellectual patrimony of 2,000 years tells us that man is a spiritual, as well as physical, creature, putting Catholics necessarily at odds with Transhumanist theory.

A superficial review of scientific thought in the last two centuries reveals the influence of Darwin’s theory of evolution, by which a non-believing intelligentsia finally found a presumed hook on which to hang their atheist hats. The theory, positing that nature is solely the product of impersonal forces like random genetic mutation, has impacted almost every field of science. In the case of Transhumanism, using technology to change human nature is just a “new-and-improved” version of genetic mutation: rather than random, it is intentional. Man is able to “remake” himself in whatever image he chooses.

If atheistic evolution is not a true belief, however, and the order of nature really does embody the Logos — the “Word” which expresses the thought of the eternal Father, the logical and coherent meaning of the universe – then Transhumanism is dangerous indeed. 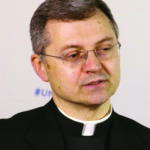 In the Vatican conference discussing the topic of gene editing, the context was that of medicine in its traditional sense of healing, that is, restoring the human body to the function for which it was designed. Only at the end of one presentation were the dangers of gene alteration alluded to – Msgr. Tomasz Trafny, head of the science and faith department of the Pontifical Council for Culture and a conference organizer, warned scientists not to “destroy who we are” and “introduce irreversible changes in our genome”; an image of apparent human clones with identical UPC codes tattooed on their necks was one visual example. 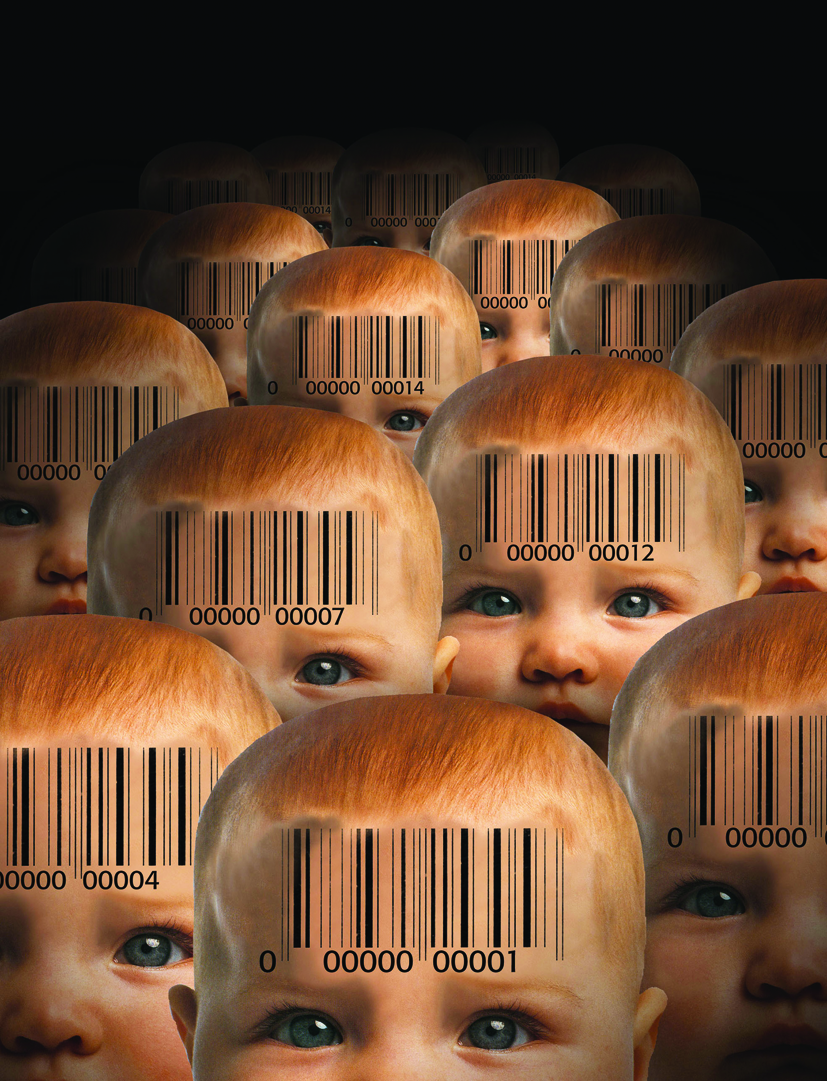 Certainly, there is potential for right use of gene-reparative therapies when the gene has been damaged and loses its natural function. What one would have hoped from a Vatican conference, however, would be a much more robust discussion of the rationale condemning gene manipulation for other, “Transhumanistic” purposes.

The Catholic Viewpoint in Absentia 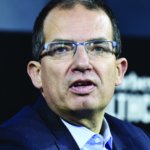 Very little of the Catholic viewpoint on any moral matters, however, was in evidence at the conference, according to observers. A “Pontifical Hero” award was bestowed on pharmaceutical corporation Moderna’s CEO Stephan Bancel for his company’s rapid development of a Covid vaccine, without, ostensibly, regard to profit-making – this according to Msgr. Trafny, even though Moderna actually reported a whopping $800 million in revenues for the year 2020, compared to $60 million in 2019. No mention was made of the use of tissue from aborted babies in vaccine development.

Msgr. Trafny told journalist Edward Pentin of the National Catholic Register in April that the Pontifical Council for Culture wanted to “invite people who think differently as it’s an opportunity for them to explain what they’re doing, but also for us to challenge them and ask difficult questions.” But when asked by Pentin after the conference why so little actual “challenging” in issues like abortion-tainted vaccines actually went on, Msgr. Trafny said pharmaceutical company executives “perfectly know” the Church condemns such research, and that “everyone knows that we don’t accept contraception, we don’t accept research made on an induced abortion, or things like that.”

It’s difficult to tell whether the real purpose of the conference was to present the truth or to just buy the Church a place at the world table: “We are trying to do important work to show that [the] Church can be a part of this discussion, that the Church can help people to be more sensitive,” he added. “So, if we only blame others and condemn others, what can we really achieve? No one cares today about our condemnations.” 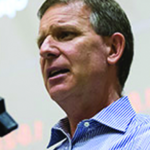 Thomas McGovern, M.D., Catholic physician in Ft. Wayne, Indiana, Catholic Medical Association Board member and co-host of EWTN Radio’s “Doctor, Doctor” show, has attended past Vatican health conferences and his take on them is that Catholic professionals in the health and science fields need to be part of global discussions – or the Church’s viewpoints will be excluded from public health policy entirely.

He also lamented the dearth of authentically Catholic voices in the lineup of this year’s speakers. In 2018, he says Fr. Kevin Fitzgerald of the pro-life Charlotte Lozier Institute served as a presenter and defender of Catholic teaching. Fr. Nicanor Austriaco, OP, of Providence College (the only Dominican priest with an R1 grant from the NIH—significant funding for scientific research) has a PhD in biology from MIT and a background in medical ethics did not present, but he was active in discussions with many of the attendees. In this year’s virtual format, he says, “Such dialogue was not achieved.”

“In attending this year’s online sessions on ‘Compassion’ and ‘The Loneliness Epidemic,’ I heard many references to Buddhist belief, but none to the rich Catholic treasury of wisdom on those subjects. The conference addressed important subjects and assembled A-list presenters from the medical, secular media, and progressive firmaments. It seemed like a missed opportunity to include dialogue, discussion, and even principled disagreement by not having a balance of presenters or moderators who fully embrace the best of medical science and Catholic wisdom.”

Dr. McGovern points out that it is vitally important for orthodox Catholic physicians and scientists to attend such conferences in person. “The most helpful conversations were outside the conference rooms,” he says. “If my colleagues and I who are active in the Catholic Medical Association and excellent in their own secular spheres of medicine could attend, that is where I think progress could be made—because without some of the presenters meeting those of us radically committed to both the faith and the best that medicine and science can offer our patients, we’ll just be people operating in disconnected spheres of influence. It is essential that people with a secular or non-Christian worldview get to know those of us with a Christian worldview who have credibility in medicine—it can cause a helpful cognitive disconnect for such people and perhaps plant seeds for the future.”

“We are working to build up a reputation for excellence in medicine,” emphasizes Dr. McGovern, “so that people then might be willing to consider the reasons behind what we do— what C.S. Lewis referred to as the ‘Apologetics of Secular Competence.’ ”