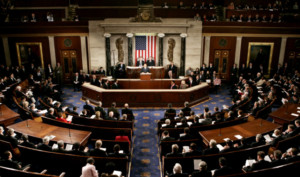 The US Senate in a vote on February 25 took a step across a moral line: it rejected a bill that would ban killing a child who was born alive after an attempted abortion.

In other words, it rejected a bill that would have banned infanticide.

Infanticide is, obviously a type of murder — the word means “the murder of an infant (human being).”

This is crossing a line that up until now has not been crossed in our culture.

The Christian position has always been that the unborn child is already a human being and, as a human being, enjoys the same protection, the same right not to be murdered and to live, as all human children, youths, adults.

The unborn “”pore-born”) child, however, growing in a mother’s womb, is, of course, in a “transitional” period of human life, that period between conception and birth during which the unborn child is “part” of the mother — part of her body, sharing her oxygen and her blood, dependent on her in every way for existence.

This period lasts for nine months (or less than nine months if the child is born prematurely). During those nine months, there is a certain ambiguity about the autonomy of the unborn child — a being distinct from the mother, but connected to, growing within, the body of the mother.

For Christians, and many non-Christians as well, the pre-born human being is equal in dignity and rights to the born human being, since Christians are persuaded that it is the same being and, we would say, the same person, just at different stages of his or her existence. This is the basis of the pro-life position.

Christians recognize that the role of the mother during those nine months has a unique character and special importance. Our entire teaching and tradition honors that role, likening every expectant mother, in some way, to St. Mary, the mother of Jesus.

Still, the fact that there is a special quality that characterizes those nine months when the mother bears a child in her womb, consisting in the “interconnectedness” of two human beings, two human persons, simultaneously present in one body, means that, while vehemently disagreeing the pro-abortionist argument that a mother has the “right” to control “her body” by aborting an unborn child, one can recognize the fact that a mother’s body is “co-existing with” and “interpenetrating” the baby’s body during pregnancy. There is in those months a certain ambiguity about where the baby ends and the mother begins, and where the mother ends and the baby begins. With each passing week the baby is increasingly more autonomous, at first slowly, almost imperceptibly, then ever more quickly and inexorably, until the baby is capable of survival on its own, independent from the body of the mother, as a distinct and completely separate human being.

During the past 50 years, the concept that a tiny embryo, or even a four-moths or six-month or eight-month embryo, had any “right to life” has, to our shame, been increasingly rejected in our society. In these years, tens of millions of babies have been aborted in America, and hundreds of millions throughout the world.

This has been depicted as a victory for women.

But this is not true. It is one of the great lies of our time.

Yet what has now happened, with the passage of legislation in New York and Virginia allowing the killing of babies born alive after attempted abortions, is a new step: it is the explicit approval of infanticide.

It is the acceptance of the killing of a living child after birth.

This is morally wrong, it is the acceptance of murder, and it ought to be rejected by anyone who wishes to protect the rights of human beings, the dignity of human lives.

Still, the US Senate four days ago, on February 25, rejected a bill that would have protected the right to life of “born-alive” children, if those children had been scheduled for abortion.

We have fallen very far, but unless we reverse course, we will inevitably fall much further.

This line, the line of infanticide, is a line we ought not to pass over.

Infanticide should remain completely illegal, as it has been illegal for millennia, and all those who love human beings and wish to protect human lives should stand against the effort to open a space for infanticide, for the killing of living babies.

In an ABC, CBS, and NBC Blacked Out Coverage of Democrats Supporting Infanticide (link)

By BRENT BOZELL AND TIM GRAHAM

Late in the afternoon on February 25, extremist Senate Democrats voted in favor of legalized infanticide. In the wake of Virginia Gov. Ralph Northam’s bizarre remarks in a radio interview extending the “right to choose” to after-birth abortion (or medical neglect), Sen. Ben Sasse authored the Born-Alive Abortion Survivors Protection Act.

The bill would require a health-care provider to “exercise the same degree of professional skill, care, and diligence to preserve the life and health of the child” who survives abortion as he or she would to “any other child born alive at the same gestational age.”

Forget massive tax increases and incoherent green deals. This, this should terrify us.

President Trump tweeted: “The Democrat position on abortion is now so extreme that they don’t mind executing babies AFTER birth….This will be remembered as one of the most shocking votes in the history of Congress. If there is one thing we should all agree on, it’s protecting the lives of innocent babies.”

Network coverage of this vote in the first 24 hours? Zero on ABC, CBS, and NBC. Hours after this vote, Sanders appeared in an hour-long “town hall” on CNN without a single question on this. Warren was interviewed by Chris Hayes for 11 minutes on MSNBC, and no question.

These networks offered more air time and sympathy for vicious “ISIS bride” Hoda Muthana trying to re-enter America than they did for defenseless newborn babies. Just as they felt Ralph Northam wearing blackface was far worse than Northam favoring a woman’s “right to choose” infanticide. Blackface drew hours of coverage, and infanticide drew less than five minutes on the Big Three network shows.

The Democrats claimed the bill was unnecessary, since babies rarely survive abortions, and when they do, they’re typically unable to surviving long outside the womb. You know what else was rare? Water-boarding a few suspected terrorists. But they railed against that for years.

Sen. Tom Cotton rebutted the Democrats, that in Florida alone in 2017 — “in one state in one year” — there were 11 babies born alive after abortion attempts. Someone could raise these babies, free of medical violence.

Even if it saved just one baby, one tender, little, innocent child, isn’t it worth it? Not if you don’t believe these children have a right to live.

Democrats sounded like Northam. Sen. Tina Smith complained it “puts Congress in the middle of important medical decisions that patients and doctors should make together without political interference.” It’s part of a “war on women’s health,” insisted Sen. Jeanne Shaheen. Sen. Mazie Hirono bizarrely claimed this bill would force doctors “to provide care that is unnecessary or even harmful to patients.”

Caring for a baby – even a doomed baby – is “harmful”?

They also tried to claim survivors of abortion were already protected by the Born-Alive Infants Protection Act of 2002. That law established that the terms “person,” “human being,” “child,” and “individual” in federal law include every infant born alive, even after an abortion. But it did not punish doctors for aiding infanticide. When that law passed and was signed by President Bush 17 years ago, the network coverage was….zero.

If we can accept infanticide as a viable position, our civilization is finished. (Note: Tim Graham is the director of media analysis for the Media Research Center, a media watchdog group. He was a White House correspondent for World magazine in 2001 and 2002. Brent Bozell is the president of the Media Research Center. This originally appeared at Newsbusters.)