I received this little note from a reader who is also an accomplished writer herself:

I hope you are ok – with this COVID surge just concerned. Your newsletters are very regular and we haven’t heard from you. I know you mentioned in an interview that you were wrapping up the next Viganò book which I’m anxious to read and maybe that is it.

There has been much news on the Ukrainian front – and Kazakhstan- in fact my sister called me to talk about Ukraine. We’re of Ukrainian descent and concerned about Russia’s activities-

Hope you are well !!! And healthy!

I did just pass through several days of fever and according to tests I was suffering from Covid. For three days I had a fever and strange dreams, a recurring theme was the thought that I ought to do whatever everyone else seems to be doing and put my soul up to sale to the highest builder. By this I mean that our society seems to have fallen to a sad state of corruption in which all sacred things seem to be for sale including the most sacred thing of all, the human soul. But when the fever broke a voice said to me in the tones of my late father, “Bob don’t sell your soul.” So I am beginning to write these letters again and I will try to do it with whatever integrity I can muster. Some might not like what I have to say but I don’t like what some others have to say, yet I listen to them. Therefore I ask for the same courtesy that I extend as the present battle between good and evil, reason and folly, slavery and freedom, unfolds in front of all of us.

I feel absolutely in better physical shape than I have in years. I attribute it to the immune system entrusted by my parents to me. Deo gratias (“to God be the thanks”). —RM

Join Inside the Vatican magazine as we chat with author Dr. Peter Kwasniewski on Friday, January 21, 2022, at 1:00 p.m. Eastern. This Zoom event is live and you will have an opportunity to join the conversation.

Click the button below to register and submit your questions. 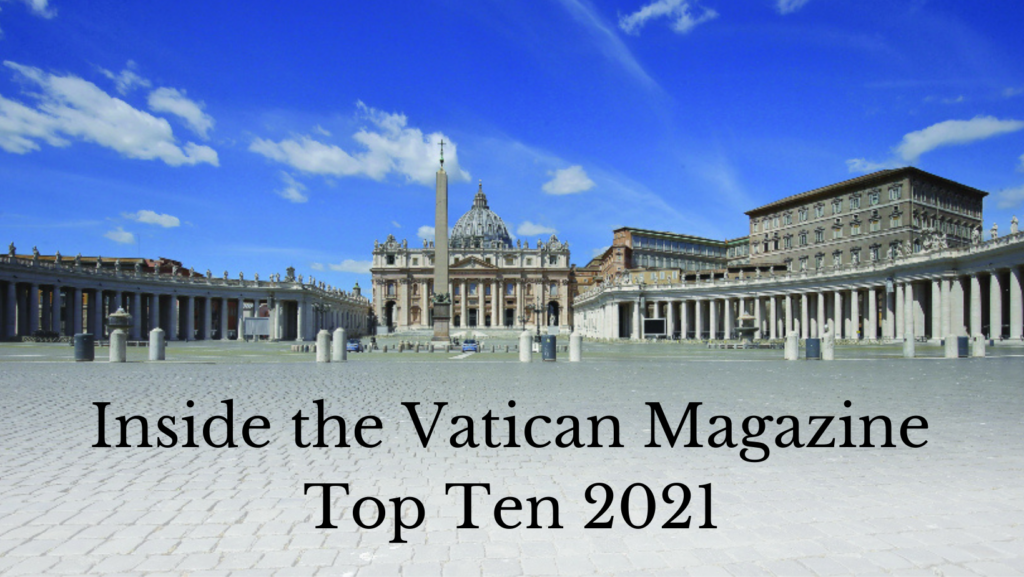 “For me, it is essential to defend Freedom with conviction”

A Swiss Guard quits rather than accept forced vaccination

A Vatican Swiss Guard, Pierre-André Udressy, resigned the post he had waited ten years for in October 2021, along with two other Swiss Guards. They had no other choice, in their minds, because the Vatican was requiring them to receive the Pfizer Covid vaccine against their wills in order to keep their jobs. (Three other Swiss Guards of like mind did not resign but were instead fired.)

Mr. Udressy, 24, did not go quietly. A French-speaker from the Swiss Canton of Valais and a guardsman since only last year, he instead wrote an open letter “in response to Vatican authorities” – including Pope Francis himself, who, he was told, personally ordered the mandating of the vaccine for every member of the Guard.

After initial resistance, most eventually accepted vaccination “to be able to go out, go to the restaurant. Not for medical reasons. For false freedoms,” said Udressy.

The letter contains 11 points, the first of which is: “In fact, this is the very principle of the vaccine: the prevention of a disease by preparing it to acquire immunity, taking into account the risks and benefits. ‘Doubt is the beginning of knowledge.’”

The letter goes on to cite medical experts who refute claims of the vaccine’s effectiveness in preventing transmission of the virus. (Mr. Udressy notes that he himself already had a confirmed case of Covid the previous December, and so his natural immunity was already more effective, according to experts, than any immunity conferred by the vaccine.)

“So we are told,” he writes, “that we would have collective immunity, after vaccination coverage of 75% of the population, ‘except that this is not science. For the same microbe, contagiousness differs from one strain to another… In reality, the very idea, apparently very logical, that the more a population is vaccinated, the less the virus circulates, is not entirely correct,’ said Dr. Didier Raoult, of the IHU of Marseille, one of the leading infectious disease scientists.” 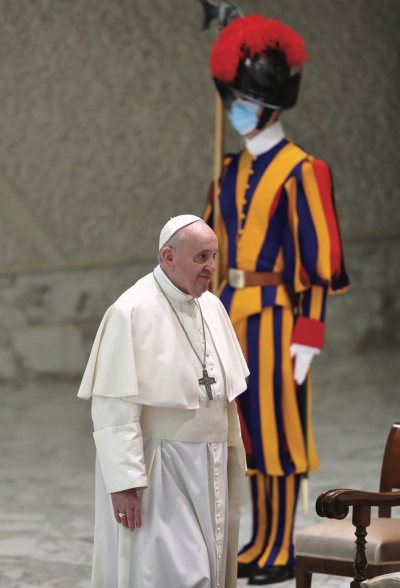 “Also, during this year,” he further notes, “I would like to point out, all members of the Swiss Guard who tested positive for COVID-19 had been vaccinated, at most a few months earlier.” Mr. Udressy underlines that “The frequency of fatal accidents after vaccination is ‘underestimated,’ according to the Director of the University of Heidelberg, Peter Schirmacher, who adds: ‘The vaccine is the cause of death in 30-40% of autopsies of recently vaccinated people.’”

Therefore, Mr. Udressy maintained, after a logical risk-versus-benefit analysis, he was perfectly within his right to refuse the vaccine. (All other types of Vatican employees, he said, were given the choice of frequent testing as an alternative to the vaccine.)

The Congregation for the Doctrine of the Faith itself had issued a December 21, 2020 statement which Mr. Udressy quoted: “It is evident to the practical reason that vaccination is not, as a rule, a moral obligation and that, therefore, it must be voluntary. “

“Does it have no significance, even juridical, in the Vatican?” he asked.

But the coup de grace, for Mr. Udressy, came in the context of abortion, and the use of aborted babies’ tissue in the development of the very vaccines — those of questionable safety and effectiveness — the Vatican sought to force on every Swiss Guard.

“The doctors and fathers have a responsibility to use alternative vaccines (if any) (cf. John Paul II, Evangelium Vitae, 74),” he said, quoting that Pope: “exerting any pressure on the political authorities and health systems so that other vaccines without moral problems are available. They should invoke, if necessary, conscientious objection to the use of vaccines produced by cellular strains of human fetal abortion origin.”

“Now the Vatican,” Mr. Udressy continues, “the institution of the Church, has chosen the Pfizer vaccine, tested on abortive cell lines.

“What are we to think? It even imposes the vaccine on all its employees, although as a sovereign state, it would have the ability to choose products not contaminated by abortion, which do exist.

“As a Catholic who follows the Magisterium, do I have a duty to fight against the vaccination choices of Vatican City? If you read the documents cited, you have to answer yes.”