Greetings in mid-July in a world still confronting the mysterious Coronavirus, and its sad health and societal consequences.

I hope all of you, and all those dear to you, are well and safe.

Since my last letter — Letter #11, on June 10, which contained a reflection on the Second Vatican Council by Archbishop Carlo Maria Viganò, 79 — I have completed a book project concerning the archbishop that I have been working on since last summer, when we met for several days to talk about his life and his vision for the Church. I am now, therefore, for the first time in months, more free than I have been to write these letters.

In upcoming letters, I would like to offer a dossier of reflections on what Viganò, and many others, have said about the Council over the past 40 days. My hope is to help distinguish what is central and what is marginal in the discussion, and if possible to center the discussion fully on Christ rather than on any specific point of doctrine or tradition — something the Church Fathers all urged us to do continually, something as well always at the center of the thought of Pope Benedict XVI.

First, however, for today, an expression of sorrow at the recent passing of a man of great wisdom and spiritual integrity, a friend, Cardinal Zenon Grocholewski. He died in Rome on July 17 at the age of 80.

(A photo of the late Cardinal Zenon Grocholewski, who devoted his life to the service of God, his neighbor, and the Church.) 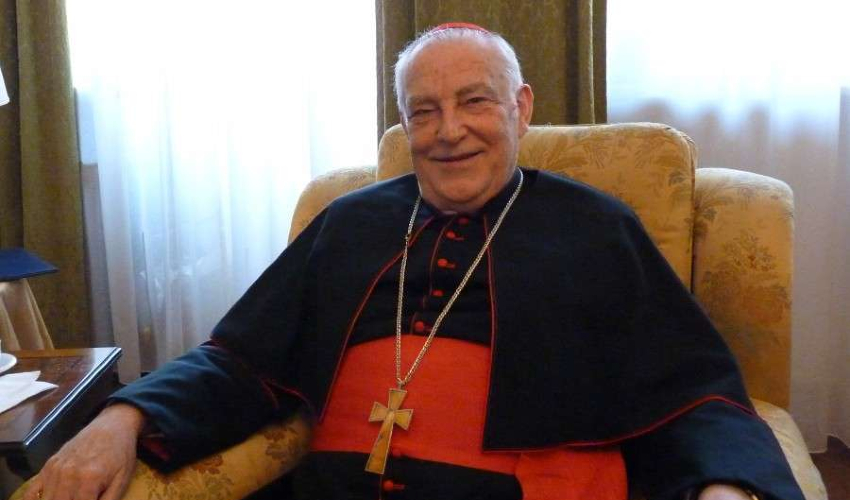 I knew Cardinal Grocholewski in part through the good offices of our magazine’s photographer, Grzegorz Galazka, and also one of our distinguished contributors, Vladimiro Redzioch, both of them from Poland, like Grocholewski. (One curious note: by coincidence or providence, Grzegorz, then in his 20s an an ex-soldier in the Polish army, managed to leave his native Poland, then in the grip of the Communist party, and he crossed over the border between Austria and Italy on May 19, 1984; on that very same day from the other side of the world, the United States, I also arrived in Italy. When we began to collaborate several years later, we asked each other when we had first come to Italy, and discovered that it was on the same day.)

Grzegorz and I met with Cardinal Grocholewski on a number of occasions, and the cardinal was invariably filled with human warmth and good humor even when speaking of serious, complex matters.

Grocholewski’s thought and spirituality was Christo-centric, and he served the Church for a lifetime because he was persuaded that the Church — with all the limitations of her members — still brings Christ to an often confused and suffering and world much in need of His message and His presence.

Grocholewski became the head of the Vatican office of Catholic education. There it was his responsibility to offer help and guidance to the Catholic colleges and universities throughout the world.

Grocholewski believed and taught that the reality of Christ, present in this world through the sacraments of the Church, was the central pillar for all of Catholic life — and all of Catholic education.

Here is a link to a very short video of his funeral in the Vatican three days ago. The video also includes a clip of him expressing his conviction of the centrality of the Catholic faith to all Catholic education (link).

Grocholewski was particularly close to St. John Paul II, of course, as they were both from Poland. He was part of that group of Polish monsignors, bishops and cardinals who became prominent during John Paul’s reign.

After John Paul’s death, Pope Benedict XVI asked Grocholewski to continue as the Prefect of the Congregation for Catholic Education, an office that oversees Catholic colleges all around the world.

In a letter of condolence to Grocholweski’s surviving brother, Pope Francis wrote that Grocholewski’s service and work in the Vatican had provided a “witness of priestly zeal, loyalty to the Gospel, and to building up the Church.”

“I remember with gratitude the honorable work carried out by him as a valued professor of canon law in the Pontifical Gregorian and Lateran Universities, also as an author of many academic publications,” Pope Francis wrote in the July 17 telegram.

Born on October 11, 1939, in Bródki, Poland, Grocholewski was ordained a priest in the Archdiocese of Poznań on May 27, 1963, at the age of 23. After three years as a parish priest in Poland, he came to Rome in the mid-1960s and earned a doctorate in canon law at the Pontifical Gregorian University.

He was appointed to work at the Supreme Tribunal of the Apostolic Signatura, and he spent 27 years at the task: as Notary, Chancellor, Secretary and finally Prefect from 1972 to 1999.

He taught Canon Law to a generation of seminarians at the Gregorian and Lateran Universities, and the author of many books and articles.

John Paul II, in the 4th year of his pontificate, 1982, appointed Grocholewski a titular bishop. Grocholewski was then consecrated an archbishop nine years later, in 1991, and John Paul made him a cardinal in 2001.

He was the postulator for the canonization cause of St. Edmund Bojanowski, canonized by St. John Paul II in Warsaw in 1999.

In 1999, Grocholewski was appointed prefect of the Congregation for Catholic Education, which he led up until the retirement of Benedict XVI.

He participated in the conclaves of 2005 and 2013 that elected Pope Benedict XVI and Pope Francis respectively.

Grocholewski served as the Grand Chancellor of the Pontifical Gregorian University until his death.

The cardinal’s funeral was in St. Peter’s Basilica on July 18. Cardinal Leonardo Sandri, vice dean of the College of Cardinals, celebrated the funeral Mass. Pope Francis, at the end of the Mass, presided over the rite of final commendation and farewell.

“While I lift up my prayer to the Lord Jesus so that He will give him the eternal prize promised to his disciples, I offer him and to those who mourn his death an apostolic blessing,” Pope Francis said.

Cardinal Grocholewski’s death leaves the College of Cardinals with 221 members, 122 of whom are under the age of 80 and therefore eligible to vote in a papal conclave.