We have now posted Tape #15 of The Viganò Tapes on Rumble (link) and YouTube (link).

These are a series of 18 video tapes where Archbishop Carlo Maria Viganò responds to 18 of our questions.

Also, below, I post an important and sensitive question from a reader in Australia, and an answer to the question Archbishop Viganò sent to me which I do not want you to overlook. —RM

Here is Question #15, and the beginning of the archbishop’s answer:

Question #15: What is your view on the promises of the Enlightenment – primarily liberty, equality and fraternity. Were these promises authentic? Or were they deceptions to corrupt and subvert the monarchies, the aristocracy, and the Church?

Archbishop Carlo Maria Viganò: Like everything that does not come from God, so also Enlightenment thought is mendacious and false, since it promises an unattainable paradise on earth, a human utopia based on an immanentism that contradicts the objective reality of a personal and transcendent God. (…)

I received this question in an email on September 21 from a woman in Australia named Louise:

I am sure there will be many who will write as I do now. Archbishop Viganò says in his answer to your Question #10, if I am not mistaken, that accepting the vaccination is to undergo a Satanic baptism and receive the mark of the beast! This is a very troubling statement because most of us have family members and friends who have accepted vaccination under coercion through fear propagated by the media led by their own governments. The Church as you know is not leading us in another direction!

Robert, I know some good Catholics, TLM attendees, totally orthodox, older people, who because of the tears and pleadings of one of their adult children, consulted with their parish priest. And that Priest assured them that agreeing to be vaccinated was NOT the mark of the beast; in fact he himself was vaccinated so that he would be able to enter people’s homes in the future. And he added that the Order of Nuns in the Parish are also being vaccinated for the same reason.

Most people are bamboozled, propagandized, confused, anxious and terrified of the virus because they have accepted only the information from the mainstream media. The bulk of people act this way. That is why we are called sheep because sheep watch what the leading sheep do and follow suit!

I suspect it is because most people cannot consider the idea that their own Government would deceive them. That for most people is too much to believe. So to get rid of the anxiety they feel, living in this state of uncertainty, they agree to receive the vaccine. So many people have done this. They have stopped thinking. When you speak with them, they talk of feeling a great relief.

I fully realise that the description of the mark of the beast mentions in scripture that without it no one will be able to buy or sell, and that could potentially describe some kind of vaccine passport in the future. But I don’t think we are there yet. I believe rather that this first wave is pure genocide which has rolled out – at least there are many medical experts who are saying the longer term effects of chronic poor health will be visible within 2 to 3 years for perhaps 70% of global society. So once the bulk of humanity have been wounded in their health, they will be more easily controlled.

Robert, would you please ask Archbishop Viganò whether he expressed himself precisely in this regard. I believe many people will be wounded by his comment because they did not realise the connection with the satanic project. God bless you!

I brought the letter to the attention of the archbishop, writing:

A quite interesting and perhaps important letter from a reader in Australia. Could you possibly attempt an answer? I know you are working on many things.

The archbishop then responded on September 24 as follows (the text is my English translation of his Italian original):

Question #10a: Your Excellency, don’t you find that saying that vaccination represents a sort of Satanic baptism may sound a bit strong for many Catholics who have allowed themselves to be persuaded, in good faith, to receive the vaccine?

Archbishop Carlo Maria Viganò: Thank you for asking me this question, which allows me to clarify my thought and to encourage those faithful who, for various reasons, have received the vaccinations.

My statement on the satanic symbolism of the vaccine and on the fact that it can represent a “mark of the Beast” concerns the intentions of those who have decided to create a pandemic in order to be able to use maliciously as a pretext for the completion of the Great Reset in preparation for the establishment of the New World Order. It is the Luciferian elite that gives this almost esoteric connotation to the vaccine, as well as attributing ritual and liturgical features to the entire pandemic.

I intended my expression as hyperbole, aimed at highlighting the most disturbing aspects of the entire pandemic farce.

[Translator’s note: Hyperbole is the use of “a figure of speech in which exaggeration is used for emphasis or effect, as in ‘I could sleep for a year’ or ‘This book weighs a ton’”; hyperbole is “in rhetoric, an obvious exaggeration; an extravagant statement or assertion not intended to be understood literally.”]

Conversely, the simple believer who, even on the advice of his parish priest or spiritual director, or under the pressure of the media and health institutions, allows himself to be persuaded to receive an inoculation has no fault, nor can the grave responsibility of wishing, with that vaccine, to apostatize from the Catholic Faith and be branded with the “mark of the Beast” be attributed to him or her.

It should also be remembered that — as happened also for people I know and for some of my relatives — the administration of the gene serum has often been imposed under threat or coercion, allowing people to be able to use certain services, to be able to access certain places or even — as happens today in Italy — to be able to keep one’s job only if you are in possession of a health passport and if one has received the so-called vaccine. Even many priests, in order to exercise their ministry and to be able to access hospitals or shelters to administer the sacraments, have been forced to get vaccinated, often on the orders of their bishop.

It is disconcerting that the Congregation for the Doctrine of the Faith (CDF) has lent itself to acting as a sounding board for the “deep Church” and its head, at a time when a precise and unequivocal clarifying intervention would have been helpful and necessary. Instead, we see with what haste the CDF has rushed to give moral legitimacy to experimental drugs without even knowing their components, since they are covered by industrial secrecy; with what ease the use of cell lines deriving from abortions has been declared morally acceptable, distorting Catholic teaching with the sole purpose of pleasing Bergoglio and the pandemic narrative. “Many moral heresies of our time also contain quotations from St. Thomas and other Doctors of the Church,” rightly observed Bishop Athanasius Schneider in his recent interview (here). This haste — in perfect harmony with the climate of emergency that has legitimized unfortunate choices even by the civil authorities, under the pressure of the pharmaceutical industry — has meant that the Note of the Congregation appears to be superficial and incomplete, because it does not take into account the serious side effects, both short-term and long-term, of the gene serum. The Congregation is silent about the abortions induced to pregnant mothers, which have increased exorbitantly; it is silent about the risk of sterility induced by the serum; it is silent about the serious pathologies and deaths it causes in children and young people, who are also the least exposed to the risk of hospitalization due to Covid.

Finally, the new mRNA technology now being used widely on human beings for the first time is a treatment that cannot really be described as a “vaccine,” but is a pharmaceutical substance or therapy which up until now has clearly been ineffective and had harmful side-effects; and no one can say with certainty what long-term genetic changes will be caused by the inoculation of the Spike protein. The demonstrated ineffectiveness of these “vaccines” deprives them of the lawfulness initially granted to them by the Congregation, since the danger to which the patient exposes himself or herself is disproportionate to the benefit — minimal or non-existent — that they initially were said to ensure. Despite all these arguments, Bergoglio has become an active testimonial of these “vaccines,” demonstrating with this endorsement the intrinsic link that binds the “deep church” and the “deep state.” If the Congregation for the Doctrine of the Faith does not want to totally lose its moral authority, it is necessary to revisit this question in the light of the data now available and of the scientific evidence now recognized by the scientific community, even if data and evidence is censored by the mainstream media.

The implications of the gene serum are essentially moral, and as such cannot be considered marginal, even if the normal exercise of one’s daily activities or the possibility of exercising one’s priestly ministry may depends on accepting them. My confrere Bishop Schneider affirms: “An uncompromising and unequivocal refusal of any collaboration with the fetal industry is analogous to the uncompromising refusal of any collaboration with the cult of idols or the statue of the Emperor by Christians in the early centuries.” But what intransigence can we expect, when Bergoglio accuses those who want to remain faithful to the Magisterium of “rigidity” and “fundamentalism” and never misses an opportunity to mock and insult those who do not accept the deviations that he imposes with oppressive authoritarianism?

Still, I would like to remind those who have undergone vaccination that, where there is no awareness of the nature of the experimental gene serum or where in good faith the civil and ecclesiastical authorities have been trusted, I believe that in no way should the individual faithful feel “guilty” for having been vaccinated. In fact, Catholic doctrine teaches us that any act performed without full understanding and without deliberate consent cannot be considered morally sinful: this is also true in the specific case of the so-called vaccines.

There remains the very serious moral responsibility of those who, constituted in authority, have exerted pressure on their subjects — both in the civil and ecclesiastical spheres — to persuade them to undergo vaccination. The consequences for everyone’s health, including deaths and permanent impairments, weigh like boulders on the conscience of the health authorities and even more so on the ecclesiastical hierarchy, who will have to answer before God for their own faults and for those that they have allowed to be committed against their subjects.

Let us pray that the Lord will preserve His children from those harms that, with guilty superficiality or, worse, with criminal complicity, have been caused to so many innocent people, who have trusted the authority and the word of those who are respectively responsible for the protection of health of the soul and the body. 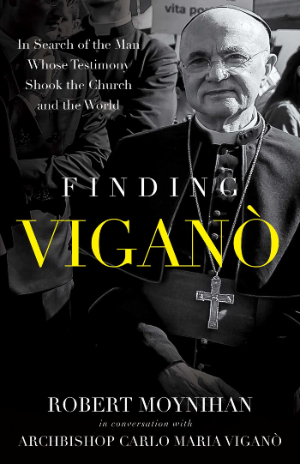