This essay is the first in an Inside the Vatican Dossier on the current debate over the Second Vatican II (1962-1965) touched off in early June by a long essay published by Archbishop Carlo Maria Viganò (link).

This essay and others in the Dossier will be published in the August-September issue of Inside the Vatican which will go to press in a few days.

At 1:00 p.m. Eastern today, July 22, 2020, we are offering a free Zoom Virtual Pilgrimage to discuss St. Mary Magdalene. You are all invited to attend. You can register for this free event using this link here. For more information on today’s pilgrimage and to see all of our upcoming Virtual Pilgrimages, please visit our website InsideTheVaticanPilgrimages.com.

This essay today is by Dr. Anthony Esolen, a distinguished Catholic scholar, writer and translator of classical poetry.

Esolen offers support for the position of Archbishop Viganò: that the intentional ambiguities woven into the text of many of the Vatican II documents (due to admitted efforts to effect compromises between the Council’s “progressives” and “conservatives”) inevitably created problems for interpreting those texts over the past 55 years since the close of the Council in 1965.

Esolen writes of Vatican II: “It did not affirm error. Its implementers did little good and much mischief. Enough already. The sooner we forget it, the sooner we bid it leave the throne it never deserved, the sooner we cast off its dated liturgical innovations — as dated as Godspell and the Singing Nun — the better.”

Esolen, who is of Italian ancestry, has argued that the Middle Ages were actually an enlightened time, so that the term “Dark Ages” is a misnomer. He has cited the establishment of universities, the development of the carnival, and the contributions of famous saints such as St. Albertus Magnus and St. Thomas Aquinas to science and philosophy, as evidence that the Middle Ages were a sun-lit time of reasoned investigation into the most important things. 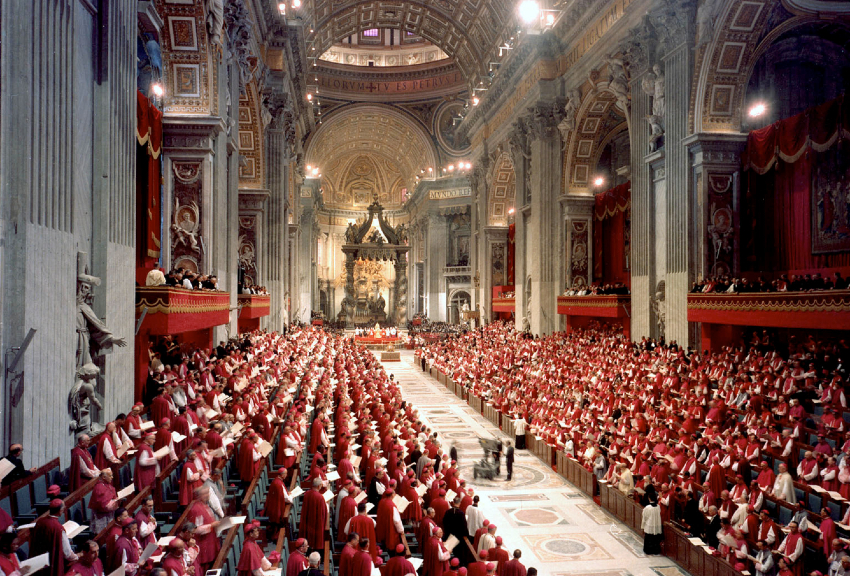 If you would like to get to know Dr. Esolen better, you might begin by viewing him being interviewed by Doug Keck of EWTN on Esolen’s translation of Dante’s Divine Comedy at this link.

Again, Esolen’s essay will appear in the upcoming print issue of Inside the Vatican magazine. To subscribe, click here.