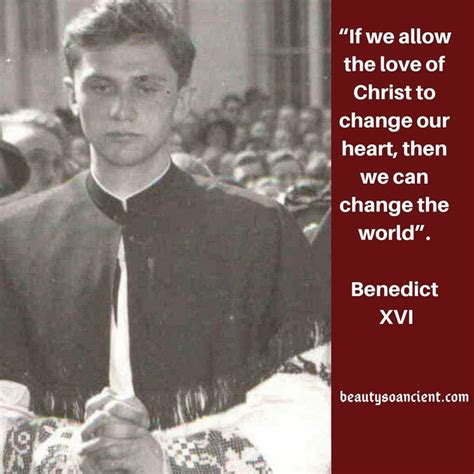 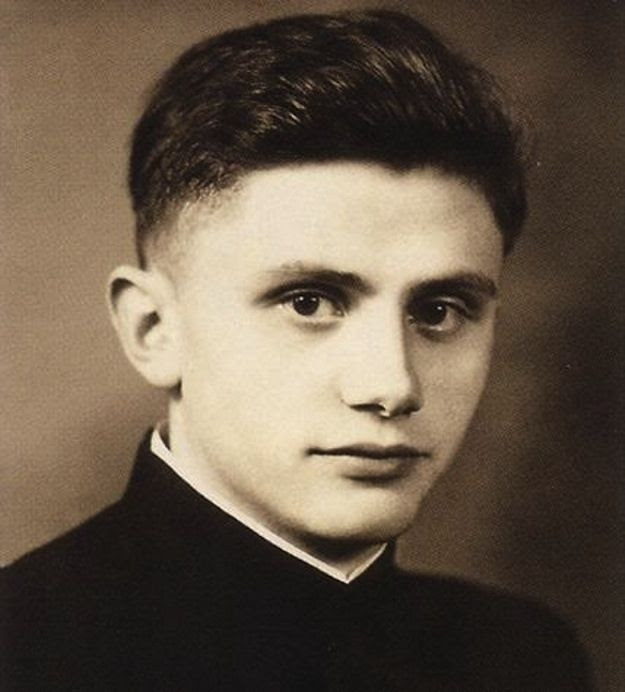 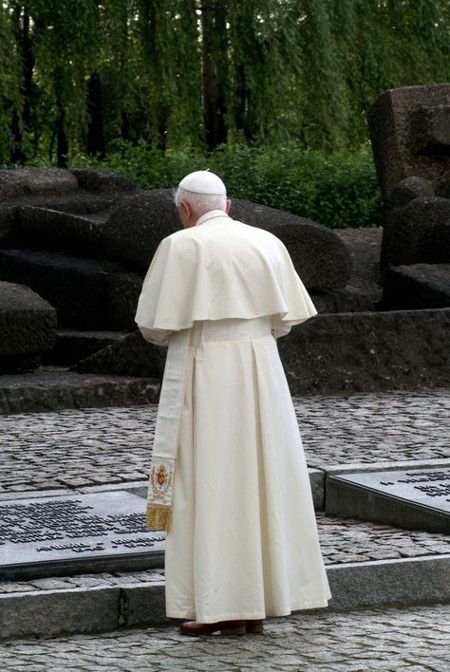 “We know very little about the first years and the boyhood of the Child Jesus: only the sojourn in Egypt, the return to Nazareth, and the incident recorded of the 12-year-old boy accompanying his parents to Jerusalem, being left behind, and being found again by his parents. Still, the general breakdown of the family at the end of the 1800s prompted the Popes, especially Leo XIII, to promote the observance of this feast with the hope that it might instill into Christian families something of the faithful love and the devoted attachment that characterized the family of Nazareth. The primary purpose of the Church in instituting and promoting this feast is to present the Holy Family as the model and exemplar of all Christian families.” —from With Christ Through the Year, Rev. Bernard Strasser, O.S.B. (link)

Just a brief letter this morning to give an update on Emeritus Pope Benedict‘s health, and on the prayers being prayed for him around the world.

I send an English translation of a story that appeared this morning in Avvenire, the Italian newspaper of the Italian bishops’ conference. (link)

Another stable night for the Pope Emeritus. Cardinal De Donatis, Vicar of Rome: “Let us invoke the Lord to console him and sustain him in this witness of love for the Church to the end”

Benedict XVI‘s health conditions remain “stable”, according to a source directly from the Mater Ecclesiae Monastery on Friday morning.

At the moment, according to the agencies, no further details have been leaked except that the Pope emeritus continued this morning, in his room and despite the difficulties of a still serious clinical picture, to participate in the Mass, concelebrating it with Monsignor Georg Gaenswein simply by wearing a light stole over his hospital gown.

The four Memores Domini and the medical assistant Fra Eligio continue to watch over Ratzinger, keeping him under constant medical supervision, a cordon of continuous security and assistance.

Meanwhile, the whole Church is in prayer for Benedict XVI.

Already yesterday, Thursday, the Vatican had made it known that his conditions are “serious but stable.”

“The Pope emeritus managed to rest well last night (between Wednesday and Thursday, ed.), he is absolutely lucid and alert and today, and, although his conditions remain serious, the situation is stable at the moment. Pope Francis renews his invitation to pray for him and to accompany him in these difficult hours,” said the director of the Vatican press office, Matteo Bruni, answering questions from journalists.

A Mass for him will be celebrated today, Friday, December 30, at 5:30 pm, in the Basilica of St. John Lateran.

Church groups from all over the world responded immediately to Pope Francis’ request to pray for Benedict XVI. Numerous participation announcements and tweets from various Episcopal Conferences, and from the heads of the various Churches and civil authorities, have been posted.

“Accepting Pope Francis’ request at the end of yesterday’s general audience, I invite all the communities of Rome to unite in prayer for Benedict XVI, whose health conditions have worsened due to advancing age,” the cardinal vicar of Rome, Angelo De Donatis, wrote in a letter to the diocese of Rome.

In the celebration of the Masses during these days, the cardinal writes, “we accompany our dear bishop emeritus in the moment of suffering and trial, invoking the Lord to ‘console him and support him in this testimony of love for the Church until the end.'”

With this intention, therefore, Mass will be celebrated on Friday, which will be presided over by Bishop Guerino Di Tora, vicar of the cardinal archpriest of the Lateran basilica.