This Letter contains a reply by Prof. Anthony Esolen to commenters on and critics of his recent essay on the Second Vatican Council.

In this reply, Esolen makes a dramatic proposal: that the “Last Gospel,” the beautiful verses from the beginning of the Gospel of John which speak so eloquently of Christ the Logos of God, should be added once again to the end of every Catholic Mass. It is a simple, startling, and beautiful suggestion, and we ask readers to write to us with their thoughts, after reading Esolen’s essay.

Esolen’s original essay, which has sparked a great many comments from readers, will run in an upcoming Inside the Vatican Dossier on the present debate over the Second Vatican Council (1962-1965), touched off in June by a long essay published by Archbishop Carlo Maria Viganò (link).

The entire Vatican II Dossier will appear in the August-September issue of Inside the Vatican which will go to press in a few days.

(Special Note: I myself am also working on an essay on the topic of Vatican II, held in Rome from 1962 to 1965. I have found some interesting, little-known material about how certain interests sought to influence the Council. I believe this material, once it is better known, will have to play a role in any overall assessment of that Council, today and in years to come. I hope to finish the essay in the next few days. —RM)

I ask that you please consider subscribing to the print magazine because it would be very helpful to us to have your support (to subscribe, click here.) Each subscription, even if it is only $40, is a very important support for a small journal like ours. We have published for 27 years now, since 1993, but we today are confront a peculiar challenge: this difficult time of the Coronavirus, and the ceasing of most travel between the US and Europe… So please consider taking out a subscription!

Also, we are offering free Zoom Pilgrimages. We invite you to check us out! Join us as we visit Rome, Assisi and other places “virtually,” and talk with special guests. For more information, please visit our website InsideTheVaticanPilgrimages.com. Write back to this email if you have any questions.—RM.

“I will here recommend one possibility, to stand as an exemplar for all the rest“

A reader wrote to us: “It is a joy to read Professor Esolen’s work, any work. And this essay on the Second Vatican Council was spot on. I must ask, should we expect (more) direction from Professor Esolen on how to “forget” Vatican II? I am curious as to how we can forget something without some event, maybe even symbolic, to make the forgetting a common understanding. Thank you for all the work you do. —Tim Harding”

Prof. Esolen responded with a beautiful reflection on the “Last Gospel,” that initial chapter of the Gospel of John which used to be read at the end of every Mass celebrated in the Latin rite, but which was eliminated after the liturgical reform which followed Vatican II. Here is Esolen’s reflection:

“My general recommendation is simple. We restore.”

In my last essay, I argued that Catholics should accept the documents of Vatican II as reconcilable with the perennial teachings of the Church, because what can be reconciled must be reconciled.

What can be seen as the deepening or the elaboration of an already held truth may be seen as such, and if that and rupture are the only possibilities, rupture must be rejected, regardless of the intentions of the human actors.

That is because the human actors in this case are not the lawgivers.  The Holy Spirit is, and He cannot contradict Himself.

As for the “Spirit of Vatican II,” it is a human fiction, an advertisement, or a specter, and that specter needs to be laid to rest.

The sooner we see the innovations in the aftermath of the Council as peculiar to their time, a time that has passed, I said, the better. But the next question is, “How on earth do we forget what is thrust upon our attention every time we enter a Catholic church?” It is a ponderous chain.

My general recommendation is simple. We restore.

In doing so, we necessarily reject the time-bound minimalism that was introduced into the Church and her liturgy after it had already done its baleful work in western arts and letters generally.

I have visited country churches in Sweden whose ceilings had once been covered with the bright folk art of late medieval frescoes, but were painted over in bare cold white during the Enlightenment. Sometimes you can see an odd shadow of color showing through the white from underneath, an odd survival from a time long gone; rather like an old woman in a modern Catholic church remaining in her pew after the Mass is over, to say a largely forgotten prayer in silence.

To restore is to strip away the whitewash. It is to repudiate the repudiation. It is to take those statues, hymns, altars, communion rails, prayers, and public devotions out of the basement to which they were confined, and put them back where they once were, to do their work.

I will here recommend one possibility, to stand as an exemplar for all the rest.

When you went to any high Mass in the days before Vatican II, you remained in attentive prayer after the dismissal, because you were about to hear the most world-shaking paragraph ever written.

In a handful of simple yet profoundly poetic sentences, Saint John reveals to us in unmistakable terms that God indeed, the Word through whom all things were made, the eternal Light that enlightens every man who comes into the world, who alone gives to those who accept him the power to become children of God, was made flesh and dwelt among us, and this same Word made flesh is the man whose glory John beheld.

This affirmation of the being of the Word is as far from mere admiration of Jesus as a moral teacher as is possible to conceive.

One who says that the disciples were so wonder-struck by the beauty of Jesus’ teachings that they made a divinity of him has got the matter exactly reversed.

They were not so wonder-struck.

They were often confused, troubled, even appalled.

It was only because Jesus was who he was, as was made manifest by the signs he worked, signs consummated in his Resurrection, that they put their entire trust in what he said.

Those sentences from Saint John permit us to say, in his own words and without the slightest sentimentality that God is love.

Before there was ever a human being on this earth, before the earth itself, before the sun and the other stars, before the instantaneous burst of matter into existence, God is, and God is love: the love that is the life of the Trinity, the love that we are invited to share, because heaven is no other than that life.

We do not say that love, the love that we happen to feel, is God, because our loves are frail and often misdirected and sometimes wicked: love, as desire, is the seedbed of every good and evil deed we do.

We say that God is love, and from God alone do we understand what really deserves to be called by that glorious name.

(See below for the full text of Esolen’s moving essay.) 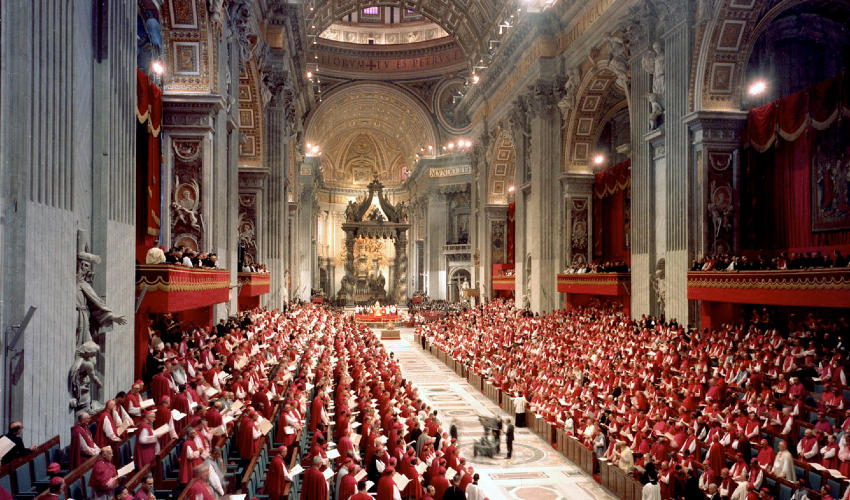 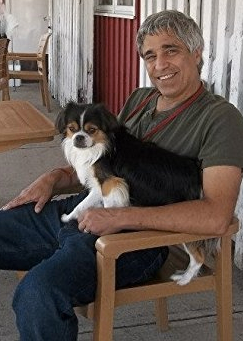 “Imagine the power of the Last Gospel, then; imagine that it is itself set aside, formally, the focus of everyone’s attention, while the church is silent, and no one moves. It would be as if the entirety of the Mass were drawn into one sharp point, one everlasting light.“

— Prof. Anthony Esolen, in his reply to critics of his essay on the Second Vatican Council, in which he proposes that the “Last Gospel” be read at the end of every Catholic Mass

You would have heard those first eighteen verses from Saint John at the end of every high Mass, as I said.

It was called the Last Gospel.

It might well have been called the Consummate Gospel.

You would kneel as you heard it.

Who hears it now?

Almost nobody hears it now.

You will hear those world-changing words only once a year, and only by happenstance. If you attend the final Mass for Christmas, the Mass “during the day,” you will hear it.  Otherwise never.

Obviously I cannot ask Catholic priests saying the Novus Ordo to make up their own lectionary. But suppose we think of the Last Gospel as a prayer to be heard by the congregation once Mass has concluded. After all, at many churches the people remain after the recessional hymn to pray the prayer to Saint Michael, or when the time of day warrants it, to pray the Angelus. Then nothing prevents us from hearing the Last Gospel after the recessional. Saint Michael would wish it, I think.

As I said, this act of restoration would not be solitary, nor would it be a merely verbal and formulaic thing.

Think of the restoration of the adjective “holy” to the English translation of the Mass, when the people pray to God for the benefit of “all his holy Church.”

Is that word “holy” just an adjective?

Is it not like a seed sown in the earth, to bear fruit a hundredfold?

Imagine the power of the Last Gospel, then; imagine that it is itself set aside, formally, the focus of everyone’s attention, while the church is silent, and no one moves.

It would be as if the entirety of the Mass were drawn into one sharp point, one everlasting light.

Would it bear fruit?

How could it not bear fruit?

Anthony Esolen is a Professor at Magdalen College in Warner, New Hampshire, in the southern part of the state near the border with Massachusetts.

Again, Dr. Esolen’s original essay will appear in the upcoming print edition of Inside the Vatican magazine. To subscribe, click here.