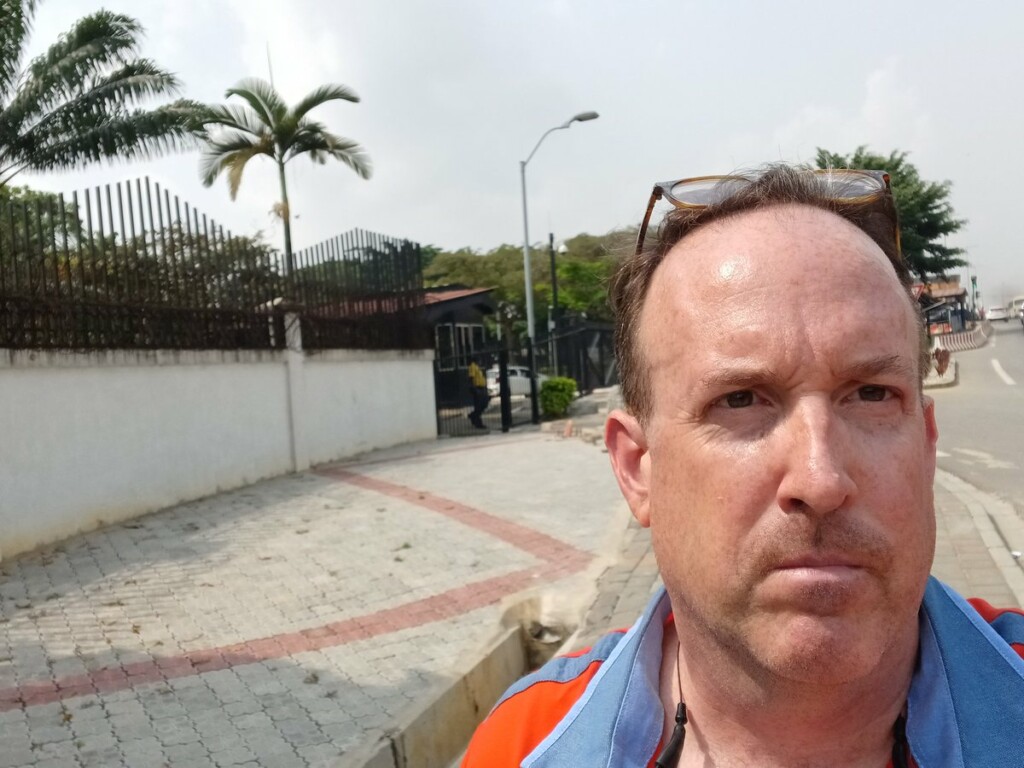 George Neumayr, a courageous American Catholic journalist, has passed away. He was 50.

He died on January 19, 2023, four days ago, in the Ivory Coast, a former French colony on the West coast of Arica.

His death was attributed to malaria (specifically, “after contracting malaria”).

Neumayr had gone there on an investigative assignment involving corruption in the Church, and had sent out tweets in December that his investigation was uncovering some “scary stuff.” (see tweets below)

“I suspect there will be some murders before this is over, maybe even my own,” Neumayr tweeted on December 23, exactly one month ago. “I am not joking. This is getting scary.”

I met Neumayr in Rome several years ago, and we sat for a couple of hours for a brunch in a cafe near the Vatican.

The Neumayr I came to know was a man of great intensity, great courage and great faith.

In our conversation, we spoke at length and in some detail about the dangers threatening our Church.

My impression from that conversation — and from seeing some of the videos he posted about his research —was that Neumayr was a man who deeply loved the Church and regarded anything that harmed the Church, especially corruption when it was covered up so that the guilty might avoid punishment, was an offense to the Bride of Christ that he felt personally called upon to expose and bring to an end, our of love for the honor and holiness of the Church.

And so he labored to defend the honor and holiness of the Church, making powerful enemies in the process.

May he rest in peace, and may eternal light shine upon him.

And may it become the work of some other Catholic journalist(s) to carry on and complete the investigations he was engaged in, for love of the Church.

Farewell, George Neumayr, a man with the heart of a lion.

Here are excerpts from an article published recently in the Canada Free Press. (link)

Catholic journalist George Neumayr is dead at the age of 50. Neumayr was a faithful son of Holy Mother Church known for his passionate, hard-hitting publications in defense of Catholic tradition.

His family has released the following statement:

“It is with great sadness that the family of George Neumayr announces his untimely passing on January 19, 2023. He was abroad in Côte d’Ivoire, Africa, living out his passion for defending the Catholic Faith and the Church’s mission to save souls. He passed away after contracting malaria. The family is devastated by this sudden loss and requests prayers for the happy repose of his soul and the consolation of his family.”

Neumayr had been in the Ivory Coast since Christmas to investigate the infiltration of Freemasonry there as well as the increasing failure of the Catholic Church to fulfill Christ’s mandate, “Go out, and baptize all nations.”

George Neumayr died of Malaria, which raises concerns. Malaria is something that Africans easily treat with over-the-counter hydroxychloroquine so an educated man like George Neumayr should have had no problem escaping death from Malaria.

Neumayr tweeted on December 23 that he feared ‘something could happen to him’ and it appears his hunch may have been correct. Neumayr said:

And I suspect there will be some murders before this is over, maybe even my own. I am not joking. This is getting scary. https://t.co/PcWp9Mb1Lq

The reason for McCarrick's continuing power in the Church is blackmail, according to my source. Plus, Teddy can get all the deep-pocketed prelates under his spell of blackmail to ostracize and financially starve any bishop who defies him: "He still runs things in the Church."

In a jungle like West Africa it’s very easy to blame death on Malaria just like our hospitals today often blame death on Covid when it was really from euthanization. It’s easy to hide under.

We’ll never fully know what he was able to unearth in his research. Could it be that he was getting ready to go public with something?

The opinions expressed by columnists are their own and do not necessarily represent the views of Canada Free Press.