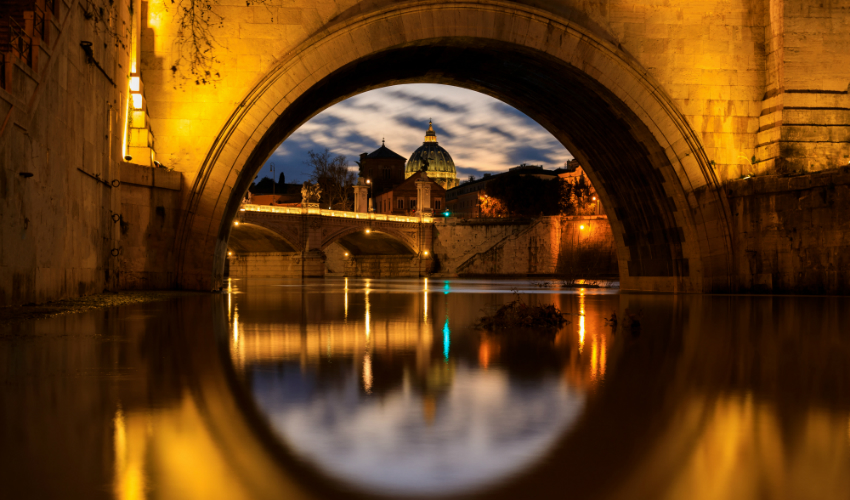 Today in Rome the Vatican Press Office started off the month of October 2019 by issuing a brief, somewhat mysterious notice regarding a police raid to acquire documents related to Vatican financial dealings.

Here is that communiqué:

This morning activities were carried out to acquire documents and electronic devices from certain offices of the First Section of the Secretariat of State and the State Financial Information Authority.

The operation, authorized by decree of the Promoter of Justice of the Tribunal, Gian Piero Milano, and the Adjunct Promoter, Alessandro Diddi, and of which the superiors were duly informed, is linked to the complaints presented at the beginning of last summer by the Institute for Works of Religion and the Office of the General Auditor, regarding financial transactions carried out over time.

Reading the press release, we glean these insights:

(1) Vatican authorities (i.e., evidently Vatican gendarmes) this morning went into key Vatican offices (the First Section of the Vatican’s Secretariat of State and the offices of the Vatican City State’s Financial Information Authority) to take control of “documents and electronic devices.”

(2) The “raid” to acquire these documents and “electronic devices” was ordered by the Vatican’s top judicial authorities — Gian Piero Milano, the Promoter of Justice, and Alessandro Diddi, the Adjunct Promoter.

(3) “Superiors” in the Vatican were duly informed that this operation would occur. It is not stated which superiors, and it is not clear whether those “superiors” include Pope Francis himself and the Vatican Secretary of State, Cardinal Pietro Parolin (the top two “superiors” in the Vatican), or only other “superiors” below them in rank, like the men who head the two offices “raided”: Venezuelan Archbishop Edgar Peña Parra, who has headed the First Section for about one year, and Swiss lawyer Rene Bruelhart, who heads the Vatican’s Financial Information authority (in Italian, Autorità di Informazione Finanziaria, or A.I.F., the competent authority of the Holy See/Vatican City State empowered to fight money-laundering and the financing of terrorism.

(4) The “operation” was “linked” to “complaints” from “the beginning of last summer” (which would seem to mean, according to ordinary usage in English, from more than a year ago, the summer of 2018, unless it refers to the summer just ended, the summer of 2019, in which case it would refer to complaints from four months ago).

(5) The complaints were made by the Vatican bank (called the Institute for Works of Religion) and the Office of the General Auditor, and regarded “financial transactions carried out over time.”

One wonders why a “raid” was required. Could not these “documents” and “electronic devices” (computers?) have been requested and reviewed through ordinary channels? Why a raid, and this sort of press release?

Evidently, it is not possible in today’s Vatican for some information to be easily and reliably transferred from one Vatican office to another.

In other words, it appears, financial records are being maintained in certain Vatican offices that are not able to be reviewed by Vatican judicial authorities without this type of police raid to seize the documents.

(Note: We also observe that Australian Cardinal George Pell, 78, was chosen by Pope Francis in February of 2014 to be the first head the Vatican Secretariat for the Economy, a new office, and charged with bringing transparency to Vatican finances. For more than three years, Pell encountered resistance at almost every turn. In the summer of 2017, Pell was charged by Australian authorities of having sexually abused two choirboys after Mass in 1996, and one of the boys in 1997. Pell took a leave from his post and returned to Australia to defend himself at trial. A first trial ended without a verdict due to a hung jury. Pell was convicted after a second trial on December 11, 2018. Pell was sentenced on March 13 to six years in prison, and is in prison now. Pell’s appeal to overturn the trial verdict was rejected in August by a three judge panel by a 2 to 1 vote. Pell, who continues to maintain his innocence, has filed a final appeal of the verdict with Australia’s highest judicial authority. A ruling is expected before the end of the year. All these matters are discussed at some length in the August-September issue of Inside the Vatican magazine. If you would like to obtain the issue, or subscribe, you may do so at this link.)

This is how Reuters reported today’s story:

VATICAN CITY (Reuters) – Vatican police raided the offices of the Holy See’s Secretariat of State and its Financial Information Authority, or AIF, on Tuesday and took away documents and electronic devices as part of an investigation of suspected financial irregularities, a Vatican statement said.

It was believed to be the first time the two departments were searched for evidence involving alleged financial crimes.

The Secretariat of State, the most powerful department in the Vatican, is the nerve center of its bureaucracy and diplomacy and the administrative heart of the worldwide Catholic Church.

The AIF, headed by Swiss lawyer Rene Bruelhart, is the financial controller, with authority over all Vatican departments.

The Vatican statement gave no details except to say that the operation was a follow-up to complaints filed in the summer by the Vatican bank and the Office of the Auditor General and were related to “financial operations carried out over the course of time”.

A senior Vatican source said he believed the operation, which the statement said had been authorized by Vatican prosecutors, had to do with real estate transactions. (…)

(Go to the link for the rest of the Reuters article)

VATICAN CITY, October 1, 2019 (LifeSiteNews) – Vatican police raided its own Secretariat of State this morning to seize evidence connected to suspicious financial transactions that have been allegedly carried out over time.

According to a bulletin released by the Holy See’s Press Office, “documents and electronic devices” were seized from “certain offices of the First Section of the Secretariat of State and the State Financial Information Authority.”

The raid was authorized by Gian Piero Milano, the “Promoter of the Justice of the Tribunal”, i.e. the Vatican City prosecutor, and Alessandro Diddi, the “Adjunct Promoter.”

The operation was “linked to complaints” made last summer by the Vatican Bank, officially known as the Institute for Works of Religion (IOR), and the Office of the General Auditor about a number of financial transactions “carried out over time”.

The Secretariat of State is, roughly speaking, the civil service of the Holy See, directing the activities of the Curia, assisting Nuncios and handling diplomatic relations with other states. It is currently headed by Cardinal Pietro Parolin, who succeeded Cardinal Tarcisio Bertone as Secretary of State in October 2013.

The “First Section” of the Secretariat of State is the Section for General Affairs, which is concerned with filling curial offices, publishing official documents, and diplomatic work. It has been headed by the Venezuelan Archbishop Edgar Peña Parra since October 2018. As the “Substitute” of this section, Peña Parra is the equivalent of a “Chief of Staff” and the third highest-ranking prelate in the Holy See. (…)

(Go to the link to read the rest of the LifeSiteNews article.)