So, for the first time in history, two Popes will be living at the same time in the Vatican, one (Benedict) retired, the other (Francis) elected on March 13.

Benedict “is happy to return to the Vatican” and he will now dedicate himself “to the service of the Church above all in prayer,” the Vatican said in a communique released this afternoon by the press office.

Benedict returned at about 4:45 p.m., just as he had left on the afternoon of February 28, by helicopter.

He came from from Castel Gandolfo, a small town outside of Rome which contains the extraterritorial Vatican properties known as the Papal Summer Palace and the Vatican Gardens, where Benedict has been staying since his resignation. He was accompanid by his personal secretary, Archbishop Georg Gaenswein.

Pope Francis, 76, greeted Benedict XVI at the door of his new home, a refurbished convent called the Mater Ecclesiae (“Mother of the Church”) monastery in the Vatican city gardens behind St. Peter’s Basilica. (There are no photos of the meeting; the photo below is of the meeting of the two on March 23, five weeks ago). 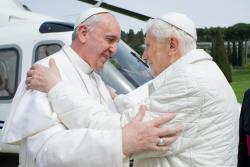 Together, Francis and Benedict went to the monastery chapel for a brief moment of prayer.

But, as Vatican Radio reported, “In style with his own personal manner, Pope Francis left the formalities of a welcoming ceremony to Vatican authorities, who awaited the arrival of the Pope Emeritus at the Vatican heliport.”

So Francis was not the first person to greet Benedict upon his return to the Vatican.

The first people to greet the Emeritus Pope upon his return, when he landed at the helicopter pad at the very highest point in the gardens (above where the former Pope’s new home is), were Cardinals Giuseppe Bertello, 70, President of the Governatorate of the Vatican City State (the equivalent of the “mayor” of Vatican City), Cardinal Tarcisio Bertone, 78, the Vatican Secretary of State, and Cardinal Angelo Sodano, 85, the Dean of the College of Cardinals. Also present were Archbishop Angelo Becciu, Substitute for General Affairs, 64, Archbishop Dominique Mamberti, 61, Secretary for Relations with States, and the Secretary General of the Governatorate, Archbishop Giuseppe Sciacca, 58.

Benedict and Gaenswein then rode in a car the short distance from the heliport to the monastery, where Pope Francis awaited them at the door.

The Pope Emeritus chose to leave the Vatican immediately after his February 28 resignation to physically remove himself from the process of electing his successor, the Vatican said.

Benedict’s absence also gave workers time to finish up renovations on the monastery on the edge of the Vatican gardens that until last year housed groups of cloistered nuns who were invited for a few years at a time to live inside the Vatican to pray for the Popeo and the Church in general.

In the small building, with a chapel attached, Benedict will live with his personal secretary, Monsignor Gaenswein, and the four consecrated women of the Memores Domini (“Rememberers of the Lord”) group, who will do the housekeeping and prepare meals. Inside the building, Benedict has at his disposal a small library and a study. His books are said to be arranged in the same order as they were in his apartment just outside St. Anne’s Gate, when he was a cardinal. A guest room is available for when his brother, Monsignor Georg Ratzinger, 89, comes to visit from his home in Regensburg, Germany.

Benedict will also have the piano which he had in the Apostolic Palace. He is said to enjoy playing the piano in the evenings.

Today was not the first meeting between the new Pope and the Pope Emeritus.

Francis visited Benedict on March 23 in Castel Gandolfo, and they have spoken several times by telephone.

“It is, however, the first time in history that a Pope and a Pope Emeritus will be next-door neighbors!” Vatican Radio summed up. 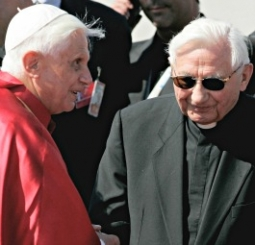 (Pope Benedict XVI and his brother meet in Munich during the Holy Father’s 2006 trip to Bavaria.
-– Ralph Orlowski/Getty Images)

Emeritus Pope Benedict XVI’s older brother said in February that Benedict’s decision to step down from the chair of Peter was for the good of the body of Christ because he had become too weak to carry out his ministry.

“It is a beneficial decision for the Church,” Georg Ratzinger said in an interview published by the Spanish daily newspaper ABC on February 17, and later republished by the National Catholic Register. “He no longer has strength. He is going through the natural process of aging, like I am as well.”

Asked how he thought Benedict would be remembered, Msgr. Ratzinger said he hoped his brother would be seen “as a Pope who strove to deepen and spread the faith of the Church with all of his strength,” as well as someone who provided “an example of a life of belief guided by the faith.” 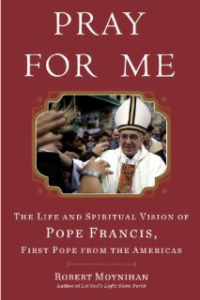 Entitled Pray for Me: The Life and Spiritual Vision of Pope Francis, First Pope from the Americas, my new book on Pope Francis was released today by Random House. 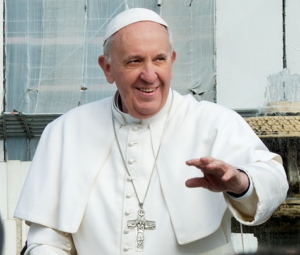 (Photo of Pope Francis, copyright Jerry Downs, for Inside the Vatican)