“Christ is risen from the dead, trampling down death by death, and on those in the tombs bestowing life!” — From the Easter liturgy of St. John Chrysostom used by the Orthodox and by the Eastern Rite Catholics

“Having beheld the Resurrection of Christ, let us worship, the holy Lord Jesus, the only Sinless One! We venerate Thy Cross, O Christ, and Thy Holy Resurrection we praise and glorify; for Thou art our God, and we know no other than Thee; we call on Thy name. Come, all you faithful, let us venerate Christ’s Holy Resurrection! For, behold, through the Cross joy has come into all the world. Let us ever bless the Lord, praising His Resurrection. By enduring the Cross for us, He destroyed death by death!”— From Hymn to the Resurrection from the Orthodox Liturgy

The Silence of Holy Saturday

The silence of Holy Saturday this year is like nothing ever before in the history of the Church.

We all know this very well, but we tend to forget when thinks in the world are going well. We recall God and eternity when the things of time fail us.

Our hope St. Paul tells us, is not in this world, of ever-changing flux but in Christ who trampled death by death. The mystery is greater than ever. But the mystery is always present, this Easter and every Easter.

Each of Christ’s disciples found it difficult to believe He had risen… and they had lived with Him for years.

Peter and Paul ran hastily to the tomb and found only the linens which had wrapped His body.

Doubting Thomas did not trust even the accounts of his brothers. He had to put his finger into Christ’s side. (see painting below)

Mary Magdalen actually met Him in the garden but did not recognize Him until He spoke to her.

Why? Perhaps because He transcends all the capacities of her senses but not of her soul, her heart, the core of her being.

When she looks at Him with her eyes, He seems to be the gardener. But, when He speaks her name and that word penetrates beyond her senses to her very core, she can recognize Him, she can know Him.

We live on the level of the Word. We receive names and know ourselves by those name. We know each other by their names: father, mother, sister, brother, friend, enemy….

while staying safe at home! 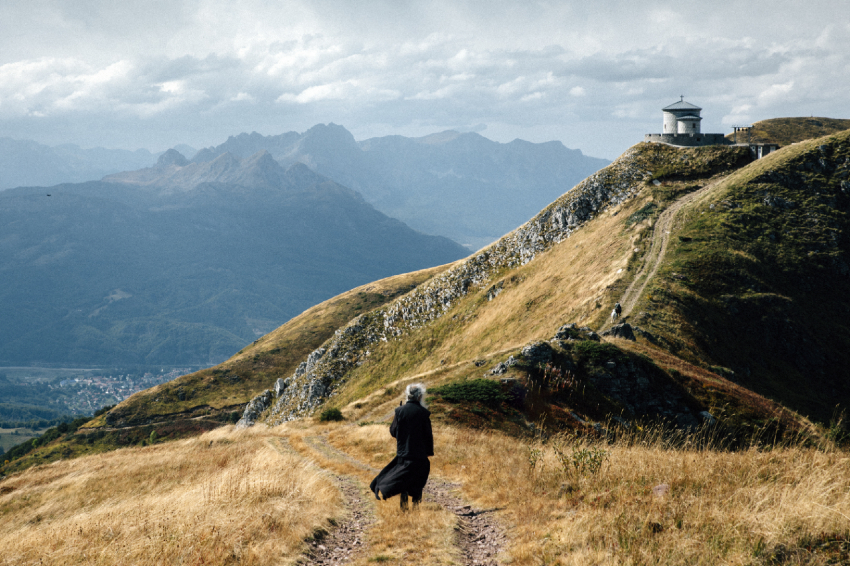 In these quiet times of isolation in quarantine, Inside the Vatican Pilgrimages will begin to host Virtual Pilgrimages via Zoom. Join us during the 50 days after Easter to pilgrimage without traveling!

Dr. Robert Moynihan and guests from around the Universal Church will bring spiritual reflections and interactive conversations into your home. Click below to receive more information on how to join us. The time schedule will be set so that Europeans can participate, too.

There is no cost, just your time and open heart!

Click Here to receive the schedule and the details

or send an email to [email protected]

All we know is mediated by words and sensations that we struggle to name: hot, cold, gentle, harsh, light, dark.

The Incarnation of the Word brought the Eternal into time and in time the Incarnated Word was crucified and died.

Therefore, the ultimate reality of the universe suffered death and yet on Easter morning something became real.

For “He trampled death by death.”

“Christ is risen from the dead,

trampling down death by death,

and on those in the tombs bestowing life!” 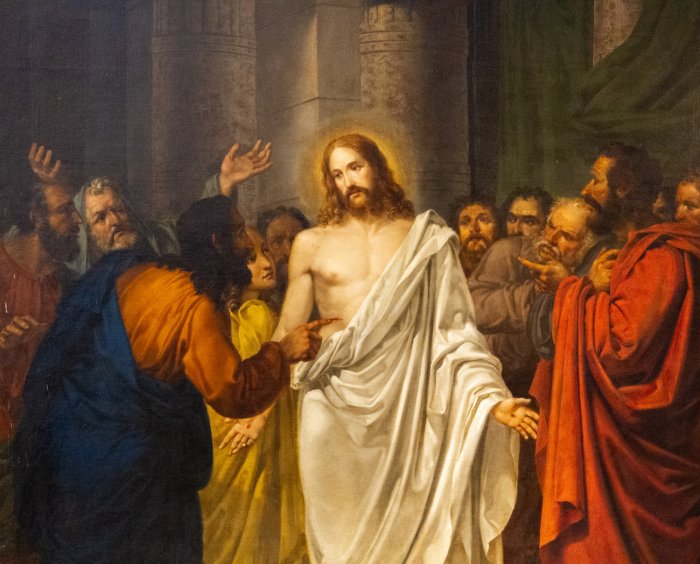 This sermon is read at the Paschal Divine Liturgy on the Sunday of the Resurrection. It was written circa 400 AD

If any be a devout lover of God, let him partake with gladness from this fair and radiant feast.

If any be a faithful servant, let him enter rejoicing into the joy of his Lord.

If any have wearied himself with fasting, let him now enjoy his reward.

If any have labored from the first hour, let him receive today his rightful due.

If any have come after the third, let him celebrate the feast with thankfulness.

If any have come after the sixth, let him not be in doubt, for he will suffer no loss.

If any have delayed until the ninth, let him not hesitate but draw near.

If any have arrived only at the eleventh, let him not be afraid because he comes so late.

For the Master is generous and accepts the last even as the first.

He gives rest to him who comes at the eleventh hour in the same was as him who has labored from the first.

He accepts the deed, and commends the intention.

Enter then, all of you, into the joy of our Lord.

Rich and poor, dance together.

You who fasted and you who have not fasted, rejoice together.

The table is fully laden: let all enjoy it.

The calf is fatted: let none go away hungry.

Let none lament his poverty; for the universal Kingdom is revealed.

Let none bewail his transgressions; for the light of forgiveness has risen from the tomb.

Let none fear death; for death of the Savior has set us free.

He has destroyed death by undergoing death.

He has despoiled hell by descending into hell.

He vexed it even as it tasted of His flesh.

Isaiah foretold this when he cried:

Hell was filled with bitterness when it met Thee face to face below;

filled with bitterness, for it was brought to nothing;

filled with bitterness, for it was mocked;

filled with bitterness, for it was overthrown;

filled with bitterness, for it was put in chains.

Hell received a body, and encountered God. It received earth, and confronted heaven.

O death, where is your sting?

O hell, where is your victory?

Christ is risen! And you, o death, are annihilated!

Christ is risen! And the evil ones are cast down!

Christ is risen! And the angels rejoice!

Christ is risen! And life is liberated!

Christ is risen! And the tomb is emptied of its dead;

for Christ having risen from the dead,

is become the first-fruits of those who have fallen asleep.

To Him be Glory and Power, now and forever, and from all ages to all ages.