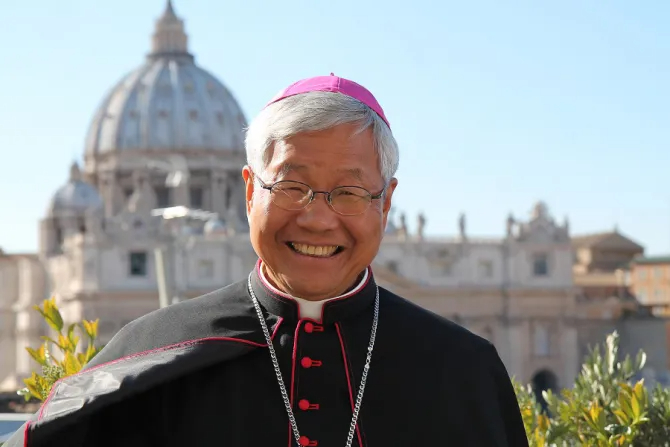 Bishop Lazarus You Heung-sik, prefect of the Vatican Congregation for the Clergy./ Bohumil Petrik/CNA

Pope Francis Friday named Bishop Lazarus You Heung-sik as the new prefect of the Vatican Congregation for the Clergy.

The 69-year-old bishop is the first Korean to lead a Vatican congregation.

He succeeds the Italian Cardinal Beniamino Stella, who led the Vatican dicastery responsible for overseeing the world’s diocesan priests and deacons from 2013. Stella will turn 80 on Aug. 18 and will remain in the post until his successor takes office.

You is the second Asian to lead the Congregation for the Clergy, following the Filipino Cardinal José Tomás Sánchez, who led the dicastery from 1991 to 1996.

He is also the second Asian now leading one of the Vatican’s nine congregations, alongside Cardinal Luis Antonio Tagle, prefect of the Congregation for the Evangelization of Peoples and former archbishop of Manila in the Philippines.

Pope Francis has made several trips to Asia since his election in 2013 and reportedly told Tagle in 2015 that he believed that “the future of the Church is in Asia.”

You has led the Diocese of Daejeon in South Korea from 2005, after being appointed as coadjutor bishop in 2003.

He hosted Pope Francis in his diocese in August 2014 when the pope took part in the Sixth Asian Youth Day by celebrating Mass in Daejeon World Cup Stadium.

He has made multiple trips to North Korea on behalf of the South Korean bishops’ conference.

You attended the youth synod in Rome in 2018. During a synod press briefing on Oct. 11, 2018, he said that it would be “beautiful” if there could be a papal visit to North Korea, but “in reality, there are many steps to take.”