Covid-19 and the European Union

Covid-19 and the European Union

Might the pandemic spell the end of the hegemony of globalism and of the suppression of Europe’s Christian roots? 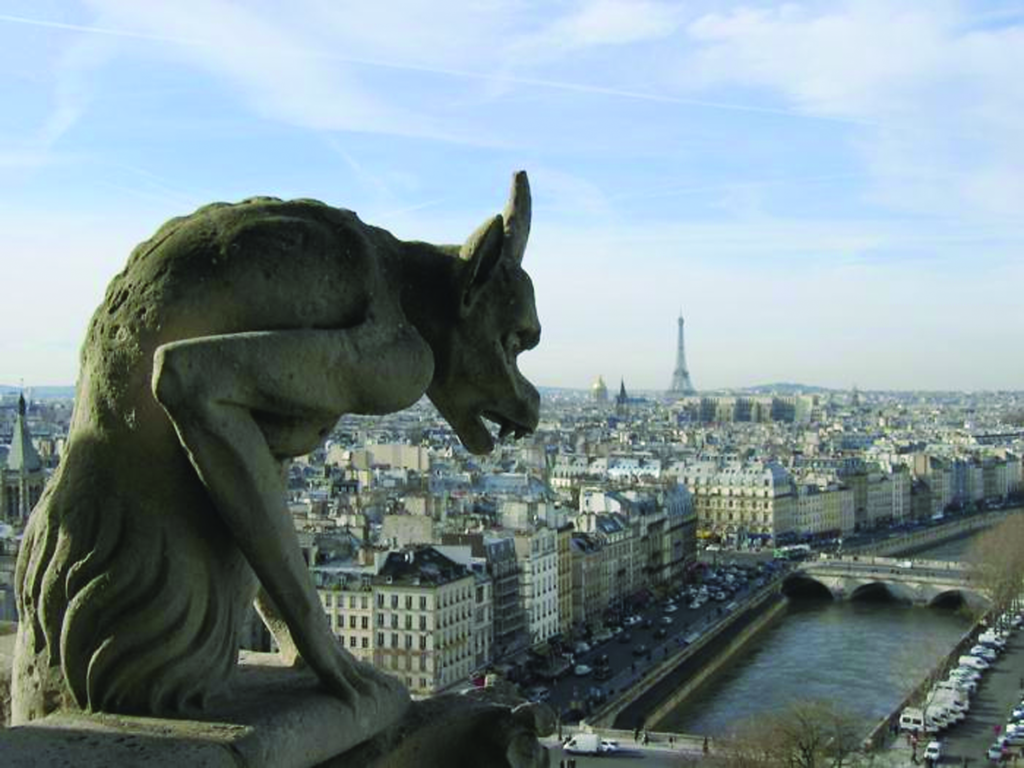 One of the many disturbing gargoyles that look down from the Cathedral of Notre Dame on the city of Paris, France.

The crisis — due to the spread of the coronavirus — that we are facing today is also a crisis of globalization, in the sense of the planetary demolition of every border with the intention of making the most of every opportunity for greater freedom, profit, and, presumably, consequent well-being. It is a representative of a sort of unique mode of thought, of a universal “religion”, based on peace, justice, care for the environment — and the creation of a Paradise on earth.

This present pandemic, however, makes everyone understand that man is a limited being. His body can be destroyed by a very small particle called Coronavirus. His space — as can now be seen in many nations of the world — can be limited to his house or apartment. His knowledge depends on the often divergent opinions of virologists and other scientists, who in fact are leading policy for many governments. His elementary rights (typical of democracy) of freedom, such as freedom of movement, of meeting, of worship, of demonstration, are subject to restrictions of considerable size and indefinite time.

Ah, the negative side of globalization! (There is also a positive side, but this is not the place to go into its characteristics.)

It is enough to look at the unpredictably tragic consequences of the move to China of many small and medium enterprises; and of the employment in Lombardy, Italy, in the areas of Bergamo and Brescia, together with those of Lodi, Cremona, Piacenza, of hundreds of thousands of Chinese, which made those cities among the most fiercely affected by the pandemic.

It is a global crisis because it afflicts the whole world: at this writing, Covid-19 has already officially infected (but the figures could be much higher) over one and a half million people and the dead are about 100,000. If we consider in detail the cost to each single nation, we will notice that the pandemic — born in China and probably kept hidden by the communist regime for alleged reasons of political-economic opportunity for a few weeks—is now most serious in theUnited States, Brazil, Russia, Great Britain, Spain, Italy, France, Germany, Iran, while China is less seriously affected — if the data out of China may be relied upon.

Even Switzerland (penalized by the fact of bordering in particular with Lombard and Piedmontese Italy, France, Germany) has been seriously affected.

As you will notice, there is a majority in this ranking of European countries, all, except for Switzerland and — until recently — Great Britain, belonging to the European Union (EU).

One may then wonder what the EU bodies have done so far to put a stop to the spread of the virus and to financially support the countries most directly involved. The answer is disheartening. As an entity, the EU has done little so far. The fruit of the interminable meetings that the Eurozone states (19, those that have adopted the euro as their currency) and the EU as a whole (27 states, after the abandonment of Great Britain) have done for week has been meager. After days of strong disagreements between the Southern front (led by Italy, Spain, France and Portugal) and the Northern front (led by Germany, but with a very aggressive Netherlands, Austria, and Finland) a sort of downward compromise was found in the night of April 10, so that 200 billion euros of the SaveStates Fund (called Mes) could be used by members in need of help, but only if used to cover the health costs related to the spread of Covid-19. Other measures were announced in the economic sphere, for a total of another 300 billion, while as early as March 20 the European Commission had decided to suspend the strict rules of the so-called “Stability Pact,” allowing each EU government to “pump into its economy everything it needs” to face the crisis.

Beyond the measures announced after a very laborious birth, what is impressive is that almost all the countries involved have closed in on themselves out of survival instinct; they have blocked borders and restricted the rights of fundamental freedoms.

And every country has returned, so to speak, to being “sovereign,” aiming primarily to defend its own welfare.

One might say: “But wasn’t this the European Union unleashed for months — indeed years — against the bogeyman of sovereign parties, often identified with populism, fascism, xenophobia, racism? Was this not the European Union that wanted to be led by a Babelic majority, including socialists, greens, liberals, a large part of the populace, so as not to leave room for ‘sovereignists’?”

Yes, precisely this, even until just a few weeks ago, because in Brussels there was an absolute desire to reach an agreement on support for the nations most in difficulty from the pandemic, motivating it, among other things, with the statement: “We must not fail because otherwise, the sovereignists will take advantage of it to attack us with their campaigns.” It is worth noting here the absence of any kind of human sensitivity and solidarity in their decisions. 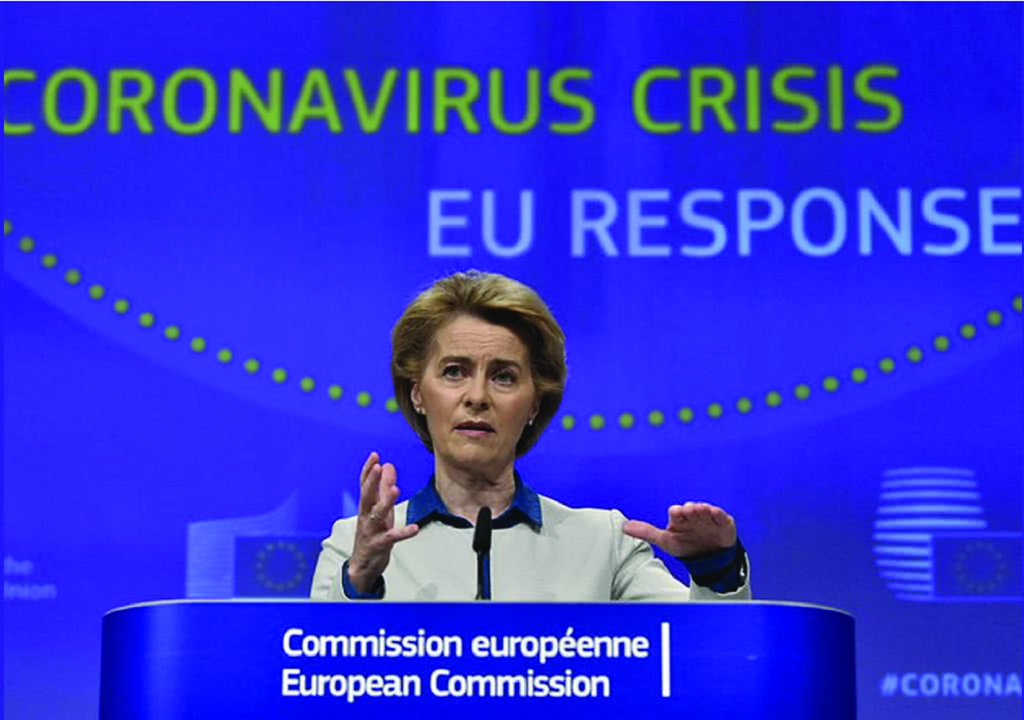 Ursula von der Leyen, the current President of the European Commission. Her difficult task is to keep the European Union together while assuring peace, prosperity, and liberty for all of Europe’s nations

In this contingency, unfortunately, the European Union has shown, more than ever, to be an alliance of pure convenience, and to have abandoned the original ideals embodied by politicians such as Jean Monnet, Alcide De Gasperi, Robert Schumann, Konrad Adenauer — ideals that looked, yes, to the beneficial effects of an economic union, but first of all to the creation of a spirit of European solidarity supported by Christian values.

In reality, the painful story of the non-recognition of the Judeo-Christian roots of the Continent, 16 years ago, already testified to a degradation of the sense of community solidarity.

Now, by closing each state in its shell, the image of a real and concrete European community of ideals and practices is likely to fade more and more. On the continent, a wind predominates today which pushes us to rethink intensely our own roots, our belonging, our homeland — which in itself is certainly not negative. The Europe of the homelands is that of strong identities. It is the Europe of patriotism, which is, however, different from nationalism. Patriotism is love for the country and does not imply feeling superior to the surrounding world or even despising it, but interacting with it in a positive sense. Nationalism, especially if aggressive, instead risks being transformed into a pure product of a people’s selfishness, with all the consequent risks.

It is especially true that the European Union was forced by the pandemic to reevaluate feelings of identity and belonging that had been banned by its political, administrative, cultural, and media elites. When the recovery starts (if it starts) — and it will be long and tiring — nothing will be the same as before. And perhaps, in this time of anxiety and pain, even the political bureaucrats of Brussels will have had the opportunity to reflect deeply on the fate of the continent, drawing those conclusions that would make the European Union more human and therefore closer to the needs and hopes of the peoples that make it up… and thus abandoning even the senseless policies of cultural homogenization that instead tear man’s heart and mind, reducing him to a weak individual, ready to be enslaved. There is therefore an opportunity for EU leaders to re-convert to true human values: wasting it would be a crime for which our children and grandchildren would pay the heavy consequences.

Giuseppe Rusconi is a Swiss Catholic journalist in Rome and author of the Catholic blog rossoporpora.org.