Edith Stein (1891-1942), once the brilliant student of the philosopher Edmund Husserl, is now revered by Catholics as St. Teresa Benedicta of the Cross. A German Jew and atheist who converted to Catholicism during the era of Hitler’s rise to power, Stein found herself writing and lecturing for years on the nature and education of women before entering the Carmel of Cologne in October 1931, and taking on her new name. Though hunted down and killed by the Nazis a decade later, Stein has left the Church an enduring gift beyond that of her heroic witness in death: an inspiring legacy of wisdom for women sorely needed in our world today.

In a time when USA Today’s “Woman of the Year” and the NCAA’s top women’s swimming title are awarded to biological males, it has become a dangerous thing to ask “what is a woman?”

Our nation’s newest Supreme Court justice attempted to dodge the question by claiming ignorance and referring the issue of womanhood to biologists. How ironic that Edith Stein would probably agree! 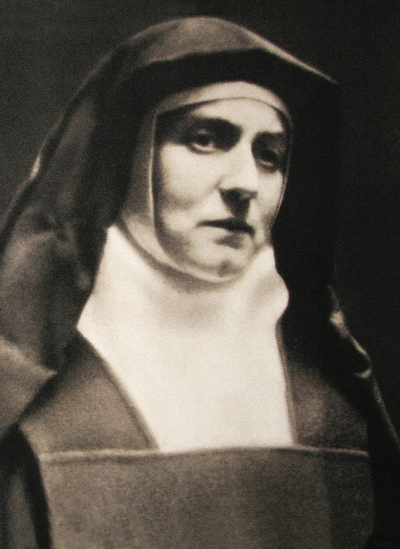 Stein understood our biological design — our bodies — to be revelatory signs of our natures as persons.

In the tradition of St. Thomas Aquinas, who described the soul as the “form” of the body, Stein saw the female body’s particular shape to be an expression of interior, spiritual powers within her.

A person is a union of the physical and spiritual; as such, a woman’s physical capacities to accommodate and sustain another person only scratch the surface of her interior abilities to nurture others beyond herself.

Stein noted that women possess a unique capacity for intuition, empathy, and adaptability; she identified what John Paul II would later refer to as “the feminine genius”: a singular ability to pay attention to another person.

Oriented by design to the concrete, living “whole” rather than the abstract “part,” a woman is naturally interested in the multi-faceted details of the persons around her. (Modern neuroscientists have recently confirmed what Stein addressed a century ago: that women have better memories of personal events and are more proficient at multitasking!).

Symbolized by her womb — a physical “space” — a woman’s spirit was described by Stein as “shelter in which other souls may unfold.”

She longs to nurture the potential in others, to foster their organic development through her relationships with them; as such, a woman tends to draw satisfaction and a sense of self-worth in and through those very relationships.

So, what could go wrong?

Unfortunately, a woman is often tripped up by the very gifts that distinguish her. Her personal orientation can become warped as she is hurt by taking things “too personally.” Her ability to recognize potential in others inclines her at times to see things that simply “aren’t there,” allowing herself to be wounded by imagined offenses, or worse, to enter into relationships based on fantasy rather than reality. Her capacity for empathy can lead her to an unhealthy identification with others—it is no accident that women often fall prey to behaviors known as “social contagions” (formerly known in psychology as “hysterias,” referring specifically to the feminine) as the disproportionately high number of teenage girls suddenly questioning their gender currently attests.

Perhaps the greatest danger for women lies in their desire to seek fulfillment in relationships; craving a personal bond at any cost, so many women find themselves willing to accept treatment contrary to their dignity just to experience a sense of connection.

How are women today to fight these dangers?

Edith Stein recognized the need for women to seek affirmation through relationships; she simply recommends that each woman cultivate a foundational relationship with Our Lord before all else.

She called for women to work and to study to “ground” themselves in reality and mitigate the dangers of unhinged imagination.

Perhaps most crucially, Stein invites women to channel their incredible powers of empathy.

Blessed with an inclination to make another’s concern “her own,” a woman is designed to “suffer with” those she loves.

I was moved this Easter season when I watched the film The Passion; at the crucifixion, Mary of Nazareth is quite notably not “in hysterics” as other films depict her at this dramatic moment. She is not “reacting” emotionally and falling to pieces — but in fact is doing something more powerful; she is entering in, uniting herself with Our Lord, making His agony her own, and in doing so, assisting Him in bearing it.

Mary’s composure in this moment does not reveal a lack of feeling, but rather a fullness. She is totally engaged! And it is her emotions which enable her to connect and support; they do not “disable” her and cause her to dissolve. The problems of our world today can only be borne with the tremendous strength exemplified by the heart of a mother. 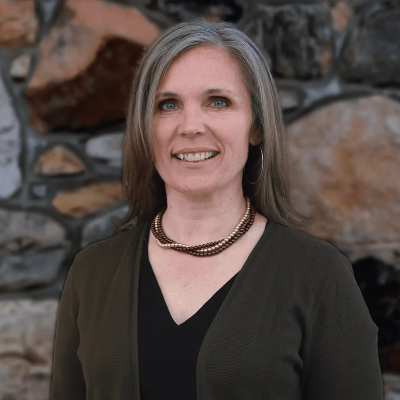 * Mary Stanford received a Master’s degree from the Pontifical John Paul II Institute for Studies on Marriage and Family. A homeschooling mother of seven, Mary also teaches the occasional theology course at Christendom College in Front Royal, Virginia. She is the author of The Obedience Paradox: Finding True Freedom in Marriage, forthcoming in 2022 from Our Sunday Visitor.