The Church Gives; Can the Church Take Away? 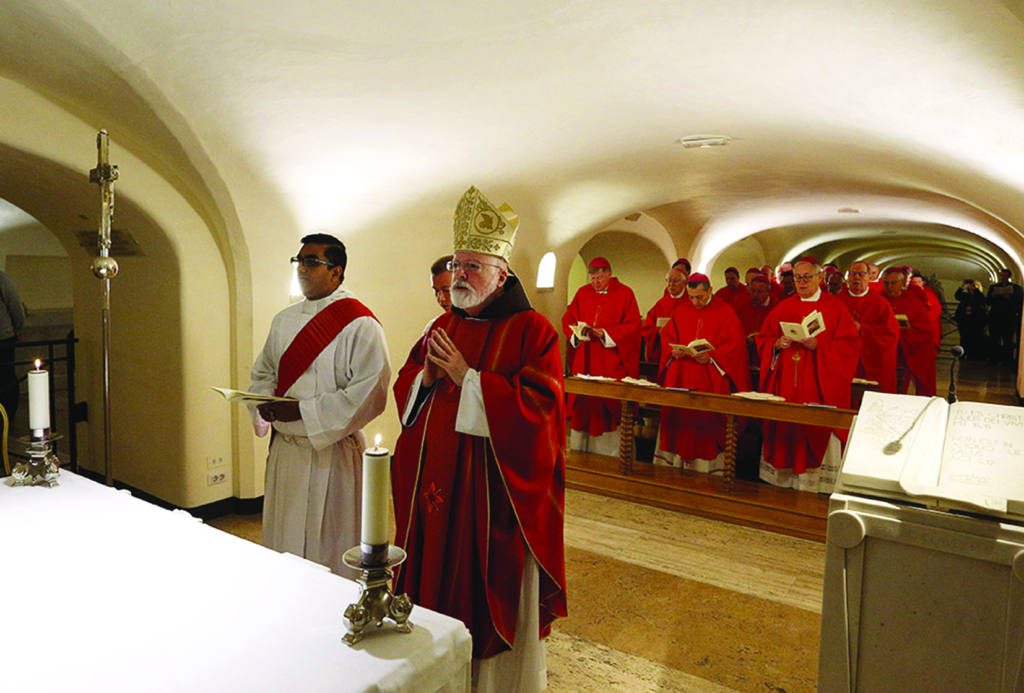 Cardinal Sean P. O’Malley of Boston and other U.S. bishops concelebrate Mass in the crypt of St. Peter’s Basilica on Nov. 7, 2019. The bishops were making their ad limina visits to the Vatican to report on the status of their dioceses to Pope Francis (CNS photo/Paul Haring)

When you really think about the complexity of the global Catholic Church, you cannot imagine anyone actually being able to competently run the thing. Let’s say someone wanted to restructure the dioceses of the world to reflect contemporary realities on the ground — is there anyone who could give a competent analysis of how best to organize the Church in Nigeria as well as Greenland, not to mention in Israel and in the Ukraine and in India?

Of course one would have to rely on local wisdom and “episcopal conferences,” but even assigning dioceses to such conferences is fraught with political problems. Looking at a map, one would imagine that the Falkland Islands, just off the coast of South America, would be assigned to the nearest episcopal conference in Argentina, but since they are disputed territory they have no episcopal conference at all — they are an “apostolic prefecture,” with the prefect there reporting directly to the Pope.

All the power to make these kinds of territorial decisions —what constitutes a diocese, what its boundaries are, whether it is under a particular archdiocese, whether it is part of an episcopal conference — rests with the Pope, and, since these questions exceed the powers of any one man, the power really rests with the Curia, the administrative apparatus of the Holy See. I have written before about the involvement of the Curia’s Latin Office in creating these territories. For decades, the Vatican has been creating dioceses and other ecclesiastical jurisdictions for the growing Catholic populations outside Europe. The Latin Office would then be given the task of making up new Latin names for these places. Usually the Latin Office is trying to establish clarity while not ruffling any feathers, even if its Latin thereby becomes questionable (the Falkland Islands are the Insulae Falkland, for instance; they certainly were not going to call them the Insulae Malvinae, following the Spanish name).

The papacy has been called the “ghost of the Roman Empire,” and in diocesan administration we can clearly see how the papacy is the Empire’s spiritual successor. In fact, the word “diocese,” dioecesis in Latin, is a civil and imperial term. Meaning “administration” in Greek, the later Roman Empire was divided up into dioeceses by the emperors in order to facilitate the running of the Empire.

The Church simply borrowed this imperial, diocesan system of management. It has, of course, been sacralized and aligned with the office of the episcopus (bishop), which has Biblical roots, coming from St. Paul. Through ordination the bishop himself has a sacramental and indissoluble character; but his actual territory is a question for the Pope and his Curia. 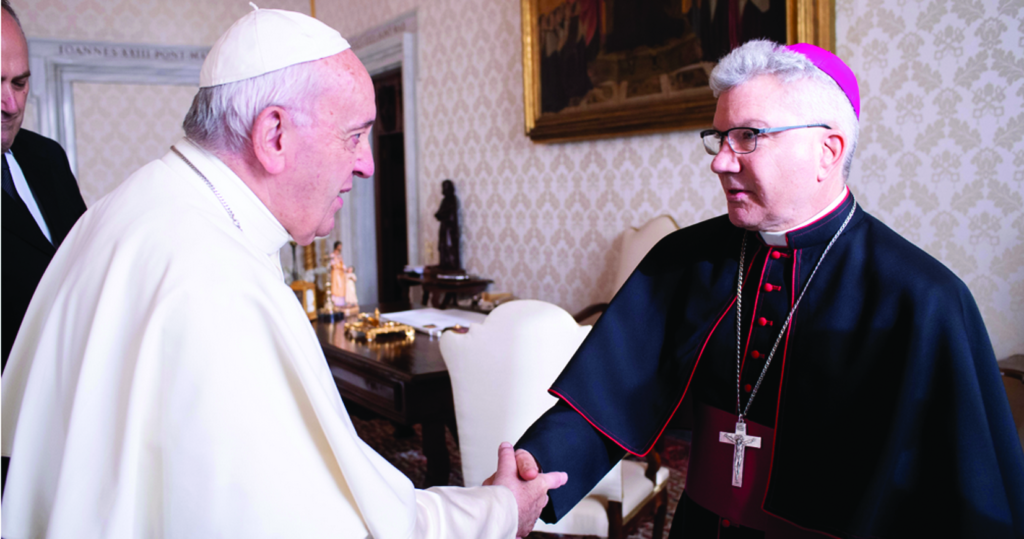 In the United States, we may be seeing the Church hierarchy taking on a new problem: how to dissolve dioceses created during the years of expansion. Word has been leaked that Jeffrey Monforton, bishop of Steubenville, Ohio, has been in negotiations with the Vatican to dissolve his own diocese, and reintegrate it back into the diocese of Columbus, where it was taken from in 1944. In historical terms, the Steubenville diocese is not that small — half a million people, of whom almost one third are Catholics — but it is not a diocese with much history, and it might be one of the easier ones to dissolve. Europe has many dioceses that are much smaller — the island of Ischia, in the Bay of Naples, has its own diocese for its 20,000 people — but they also have much more history, and dissolution might occasion more complaints.

Dissolving diocesan boundaries means that money and staff can more easily flow from one part of the Church to another. The diocese of Columbus, which would absorb Steubenville, definitely needs priests, and Steubenville has more priests per capita than most American dioceses. Fewer bishops also in theory makes the Church easier to govern. In the modern Church where global travel is so easy, every bishop makes a visit to Rome every five years and speaks directly with the Pope. These are called visits Ad Limina Apostolorum, “to the thresholds of the apostles.” The phrase is an old pilgrimage term, to make a journey to the thresholds of the tombs of St. Peter and St. Paul, and the Ad Limina visits still retain some pilgrimage elements. The bishops all have to pray at the tomb of St. Peter beneath the high altar at St. Peter’s, and at the tomb of St. Paul at the church of St. Paul Outside-the-Walls in Rome.

There are more than 3,000 ecclesiastical jurisdictions at present, which is an ungovernable complexity for the Pope to manage directly. By contrast, the largest session of the Council of Trent featured 255 signatories. Given these two motivations — an easier flow of money and staff, and the problems of governing so many jurisdictions — it seems reasonable to presume that diocesan consolidation is going to be of interest to the Vatican. Presumably the person who would want consolidation least would be the bishop — who thus loses his job — but since he would retain his episcopal ordination, he would simply be assigned a new territory. If the bishop wanted to dissolve his own diocese, why wouldn’t the Vatican agree? For administrative purposes — and dioecesis means administration — consolidation is probably useful.

The irony is that Steubenville happens to be one of the most Catholic places on the American map, with a thriving Catholic subculture. Most of the Catholics there do not want to lose their diocesan status. Whether they can keep it is another question. The decision really rests with the Pope, and it’s not clear that the Pope knows anything in particular about Steubenville, though in theory he does speak a lot about “listening” and being a “listening Church.”

On a list of the hundreds of American dioceses ranked by population, it is near the bottom; it was created from another diocese less than 100 years ago; it even currently lacks a cathedral, as its 1953 eyesore was closed for renovations in 2014 and has never reopened. The diocese hence would be an ideal candidate for dissolution — at least from the Vatican’s perspective.