Lent is a time to celebrate Our Lord’s sacrifice on Calvary as “a thing present” — not merely a memorial, but a living reality: “All seasons, most beloved, engage the minds of Christians with the mystery of the Lord’s Passion and Resurrection; nor is there any service of our religion in which the reconciliation of the world and the taking-on of human nature in Christ are not celebrated. But now, the whole Church must be instructed with greater understanding, and enkindled with more fervent hope… so that the Lord’s Pasch should be not so much remembered as a thing past, but rather honored as a thing present.” (Pope St. Leo the Great, Sermon 64, on the Lord’s Passion)

We begin the journey of Lent with these meditations to, as St. Pope John Paul II said in his message for Lent of 1999, “encourage you along the path of conversion.”

This path of conversion, St. John Paul II said, “leads to an ever deeper knowledge of the mystery of goodness which God has in store for us.” John Paul added: “May Mary, Mother of mercy, strengthen us as we go.” 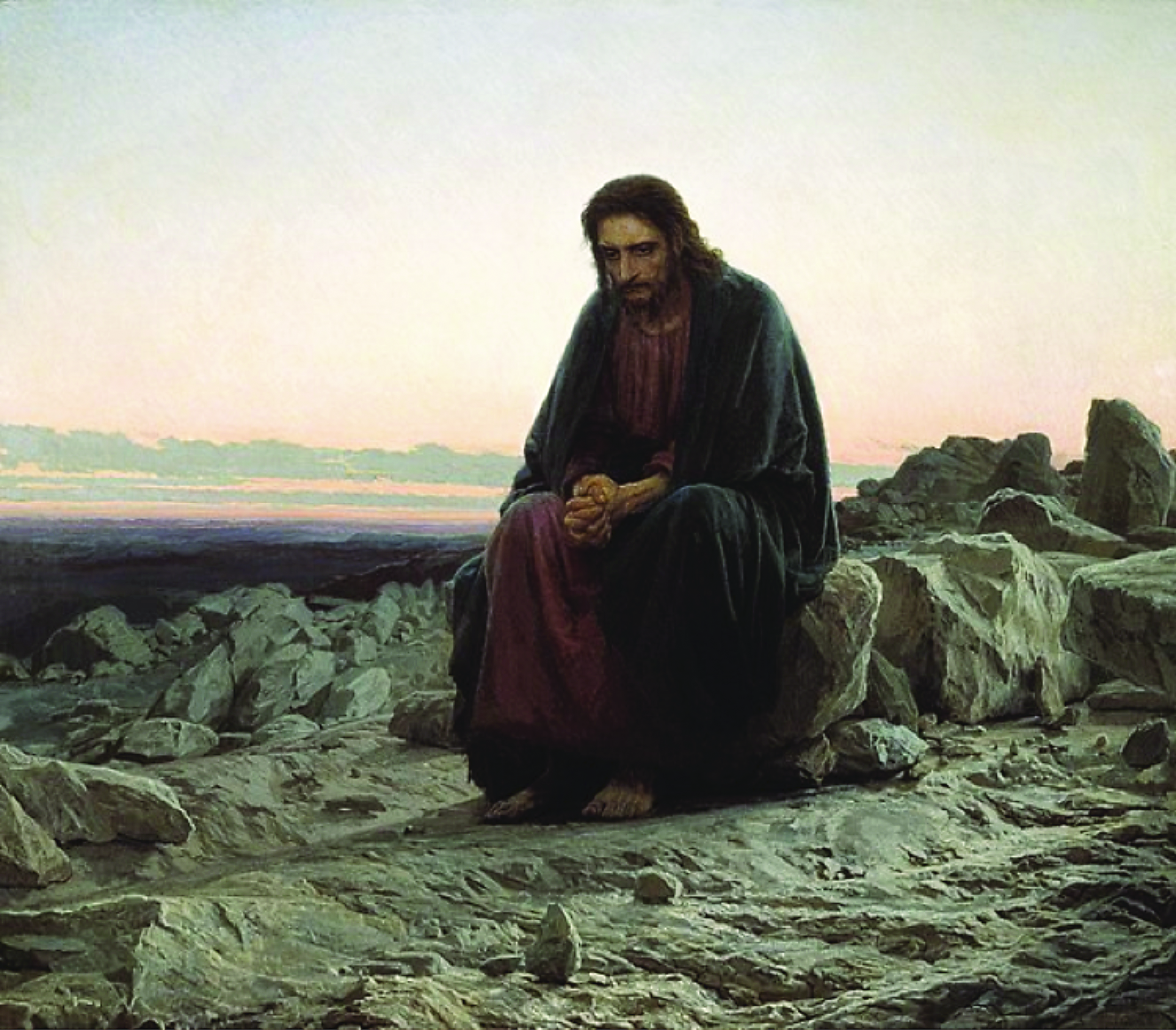 “Christ lived for 30 years in silence. Then, during his public life, he withdrew to the desert to listen to and speak with his Father. The world vitally needs those who go off into the desert. Because God speaks in silence.” Cardinal Robert Sarah, The Power of Silence: Against the Dictatorship of Noise

These Seven Sorrows should not be confused with the five Sorrowful Mysteries of the Rosary:

“And Simeon blessed them, and said unto Mary his mother, ‘Behold, this child
is set for the fall and rising again of many in Israel; and for a sign which shall be
spoken against; Yea, a sword shall pierce through thine own soul also, that the
thoughts of many hearts may be revealed.” Simeon to Mary, Gospel of Luke, 2:34-35

“Anthony was beloved by all. He subjected himself in sincerity to the good men whom he visited, and learned thoroughly where each surpassed him in zeal and discipline… All they of that village and the good men in whose intimacy he was, when they saw that he was a man of this sort, used to call him God-beloved. But the devil, who hates and envies what is good, could not endure to see such a resolution in a youth… First of all, he tried to lead him away from the discipline, whispering to him the remembrance of his wealth… love of glory, the various pleasures of the table… He attacked the young man, disturbing him by night and harassing him by day so that even the onlookers saw the struggle…. The one would suggest foul thoughts and the other counter with prayers… And the devil, unhappy wight, one night even took upon him the shape of a woman and imitated all her acts simply to beguile Anthony. But he, his mind filled with Christ and the nobility inspired by Him, and considering the spirituality of the soul, quenched the coal of the other’s deceit.” 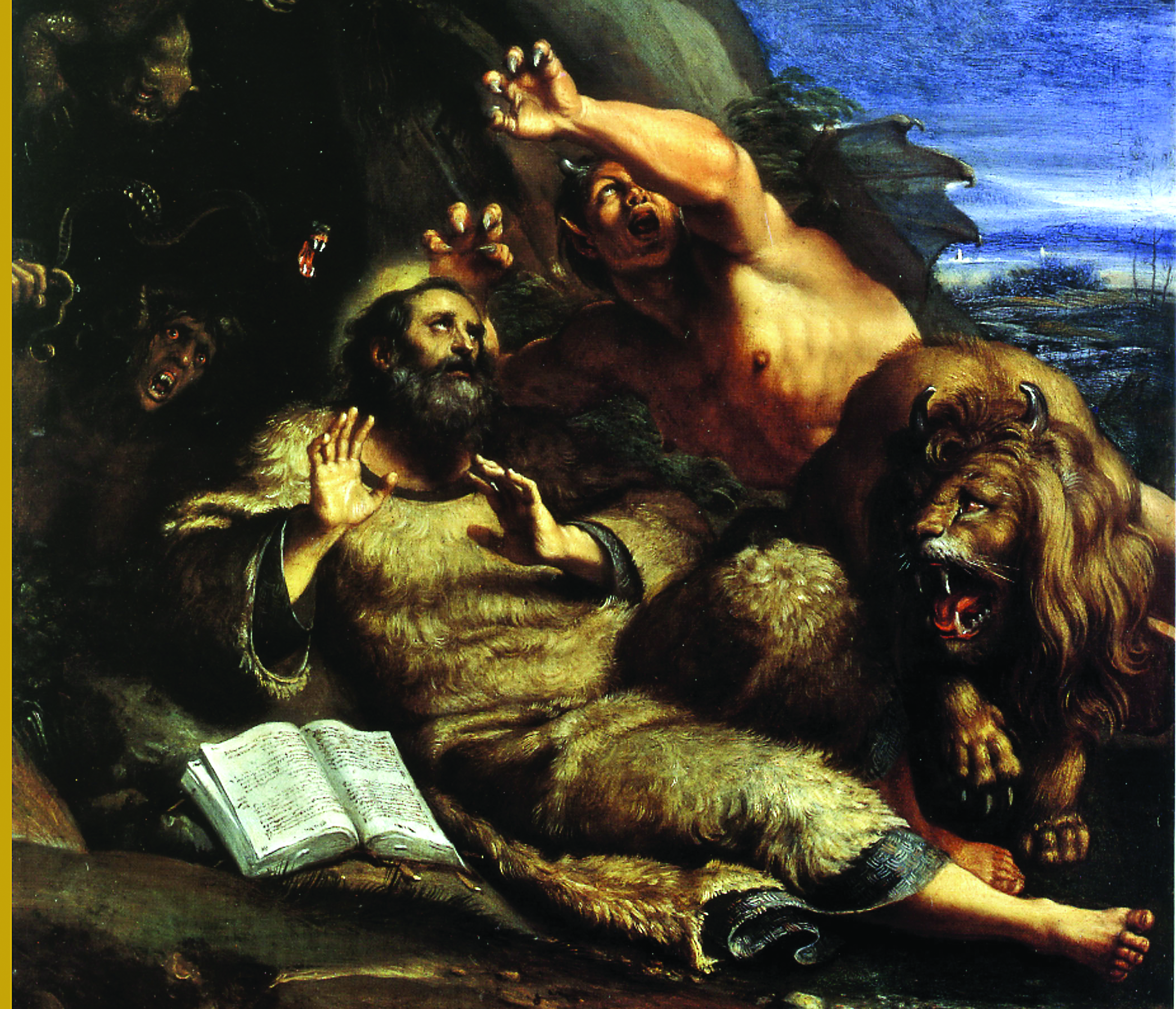 “O Lord and Master of my life, take from me the spirit of sloth, despair, lust for
power and idle talk; but rather give the spirit of chastity, humility, patience and
love to Thy servant. Yea, O Lord and King, grant me to see my own transgressions,
and not to judge my brother, for blessed art Thou unto ages and ages. Amen.”
—Lenten Prayer of St. Ephrem the Syrian (c. 306-373)