My last month’s “Religious Stays in Italy” cited many convents offering hospitality to tourists. Instead, the premises of the VOI (standing for Vera Ospitalità Italiana) Camilla Savelli Hotel, reviewed here, still belong to the religious order of nuns, the Agostiniane dei Sette Dolori, but are administered by the tour operator Alpitour. It’s a four-star oasis at Via Garibaldi 27 in the pulsing heart of Trastevere. At the foot of the Janiculum Hill, it’s a 10-minute walk uphill to the Acqua Paola fountain, once part of the Emperor Trajan’s aqueduct, transformed by Pope Paul V Borghese between 1608-10. It is also near the church of San Pietro in Montorio built on the site (according to one tradition) of St. Peter’s crucifixion; Bramante’s Tempietto, the model for Michelangelo’s dome of St. Peter’s Basilica; and the Spanish and American Academies in Rome. Five minutes downhill is one of Rome’s most acclaimed restaurants, Antica Pesa; the Villa Farnesina, once the Roman residence of Agostino Chigi, the Sienese banker and art patron, frescoed by Raphael; the Palazzo Corsini art museum; and the Santa Maria Trastevere Church on the neighborhood’s main piazza.

The hotel owes its name to Camilla Virginia Savelli (1601-1668), the only daughter of Giovanni, the impoverished Duke of Palombara, Church official and Custodian of the Conclave, and of noblewoman Livia Orsini. Around 1621, Camilla, suppressing her religious vocation, married much older but wealthy Pietro Farnese, for financial reasons. When they had no children, deeply impressed by the religious devotion of her sister-in-law, Francesca Farnese, a Clarissa, who’d founded convents in Albano, Palestrina, and Rome, Camilla decided to follow her example of a life of charity.

Thus, thanks to her husband’s generosity, Camilla bought the land at the foot of the Janiculum, and around 1642, work on her desired convent complex began with the highly esteemed architect Francesco Borromini in charge. Its purpose was to shelter young noblewomen too sickly to join other religious orders. Camilla put her heart, soul, and all her economic resources into this project, but in 1655 construction stopped for lack of finances.

This explains the unfinished brick façade of the church, similar in style, but without the marble facing of Borromini’s wavy façade on the Palazzo Filippini across the Tiber. Nonetheless, Camilla wrote the rules of her order, which Pope Alexander VII approved. At her death, Camilla requested to be buried in her complex’s church and left it all her inheritance.

Camilla’s complex was not the first building on this site. Below it are the remains of a 1st-century AD Roman bath, a tepidarium. Later this bath, now known as the “grotto,” probably became the warehouse of a wealthy merchant, for Trastevere was an industrial storage area for the nearby port Ripetta. Centuries later, amazingly, during World War II, the nuns successfully hid Jewish families in this grotto despite the SS headquarters directly across Via Garibaldi. Today the grotto is rentable for private parties (30 guests at most) and every year on April 21 General Manager Elena Prandelli invites guests to celebrate the city of Rome’s birthday here. Inaugurated in 2008 after extensive but tasteful restoration and reopened, after the COVID-19 lockdown, on June 8, the VOI Donna Camilla Savelli counts 99 rooms (from 180 euros a night) and suites, once nuns’ cells, furnished primarily with antiques, but also equipped with every possible state-of-the-art convenience. Although not a guest, Woody Allen filmed scenes of “To Rome With Love” in Suite 504.

Other guest perks are private access to the church, the once-frescoed refectory (rentable for private events), the magnificent view over Rome from the rooftop terrace, and the peaceful Italian Renaissance-style garden with a citrus grove and 17th-century fountain. Here it’s possible to enjoy drinks, snacks, and supper. Another fountain, attributed to Borromini, decorates an inner cloister. Here the restorers uncovered the ancient tombstone of an early Christian martyr.

Its inscription, in Greek, states his name “Gordian” and that he was beheaded.

There are several VOI 5-star seaside resorts in Calabria, Puglia, Sardinia, and Sicily, not to leave out Asia and Africa, so Donna Camilla Savelli is VOI’s only urban setting until Ca’ di Dio 5 opens near the Arsenale in Venice around Easter of 2021. 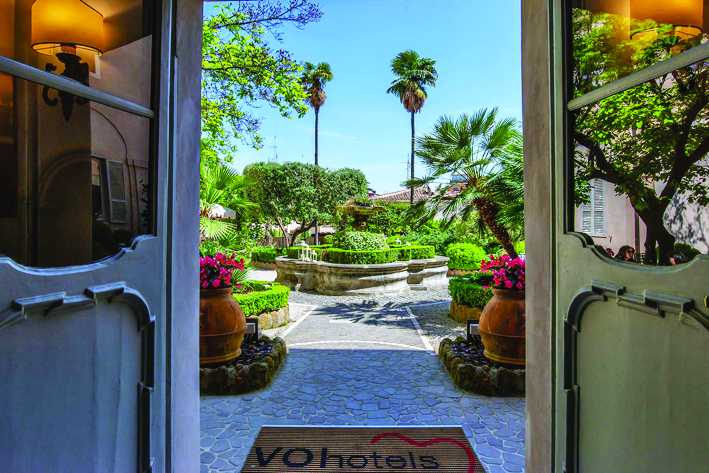 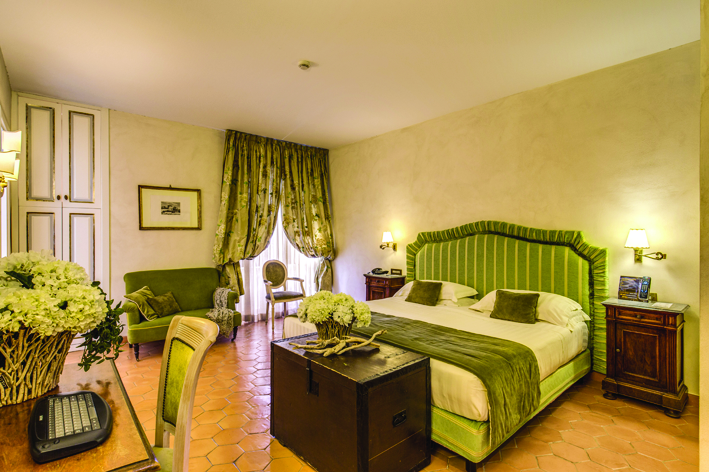 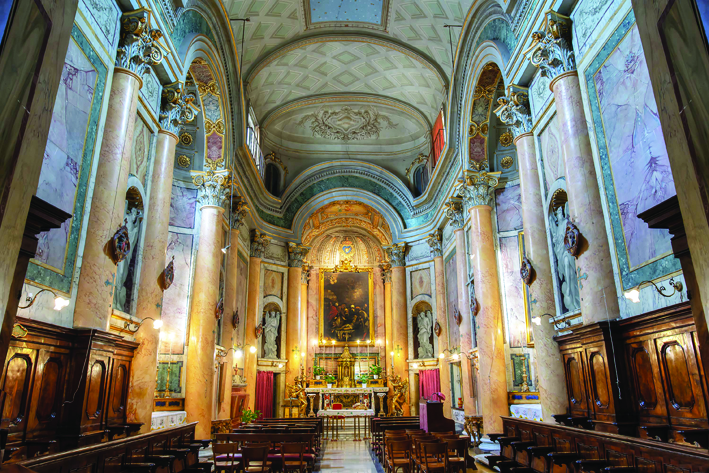 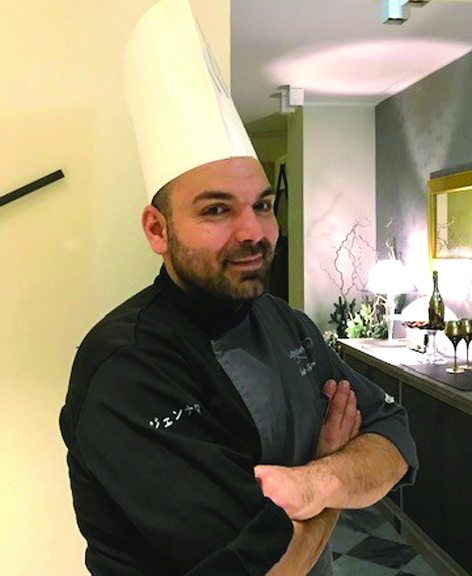 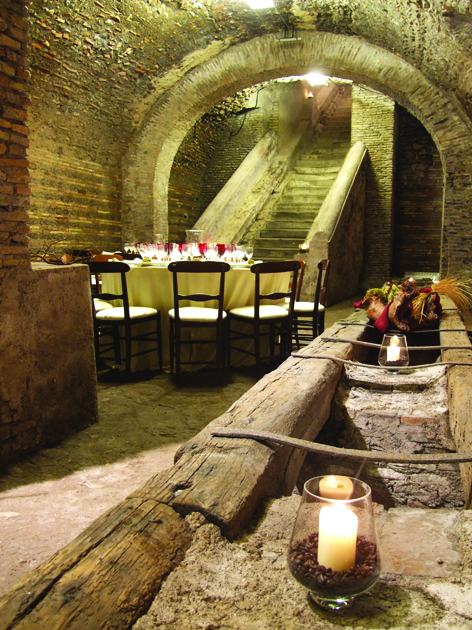