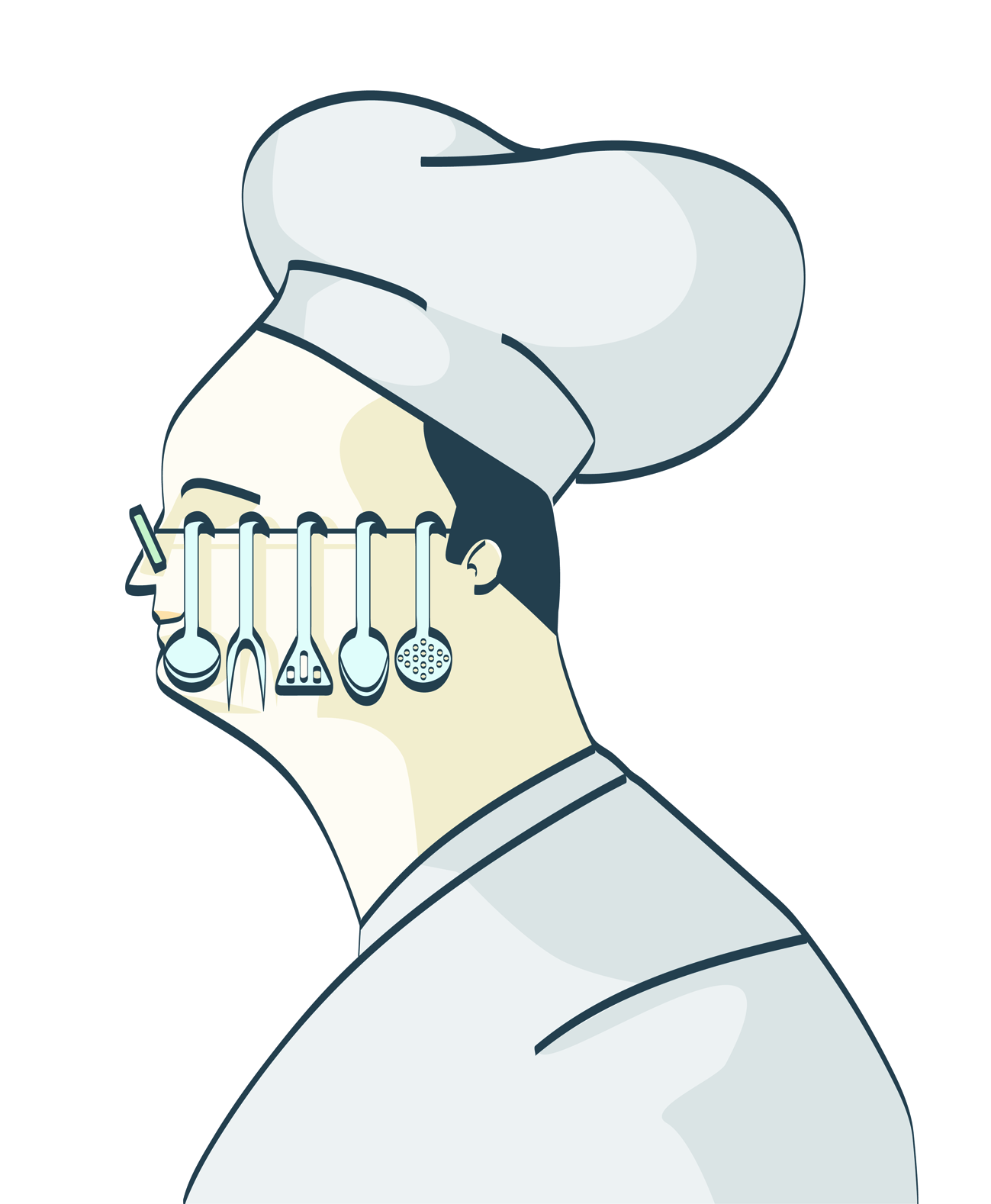 Eccentric and bombastic Italian chef Gianfranco Vissani was “to the kitchen born.” His father, Mario Vissani, was the owner and chief chef of a country-style restaurant in his tiny medieval hometown of Civitella del Lago near Orvieto in Umbria, in the very heart of Italy. Mario’s customers were local fishermen and Sunday tippers. Gianfranco started working there at age 13. Then after graduating from hotel school in 1967, he worked for six years in the kitchens of the Excelsior Hotel in Venice, the Miramonti Majestic in Cortina D’Ampezzo, The Grand Hotel in Florence, and Zì Teresa in Naples, before returning home in 1973.

That year Gianfranco demonstrated his skills in an airless, whitewashed open kitchen adjacent to his father’s premises. I was among his first guests; each of his several courses was inspired by a different period of classical music played chronologically in the background. The meal was a crescendo — each unique dish more bizarre than the one before!

A year later Gianfranco took over his father’s restaurant and renamed it Casa Vissani because his parents, his wife Eleonora, and his pastry-chef sister Lucia all collaborated.

From then on, his career as a chef, writer, food critic and television personality took off, and it is still going full blast. The year 1982 was particularly crucial: the magazine L’Espresso voted him Italy’s best chef with 20 out of 20 possible points — along with Heinz Beck of La Pergola in Rome and Annie Féolde of Enoteca Pinchiorri in Florence — a rating Gianfranco kept for more than 20 years. (Presently he dips in at 19/20.)

His notoriety grew during the 1990s thanks to regular television appearances, and continued into this millennium. He wrote several popular books: La tradizione regionale nella cucina di Vissani (“Regional Tradition in the Vissani Cuisine,” 1998), I segreti di un grande cuoco (“The Secrets of a Great Cook,” 1999), Gianfranco Vissani a casa tua (“Gianfranco Vissani at Your Home,” 2007), and La Solitudine dei Primi (“The Loneliness of First Courses,” 2010).

His culinary brilliance was also awarded one Michelin star in 1998, another in 1999, and in 2012 the Gambero Rosso (“Red Lobster”) guide judged him the best chef in Italy with 95 out of 100 points. The next year, since “Casa Vissani” has steep prices ranging from 120 euros per person for 4 dishes to 250 euros for the “pacchetto completo,” both without beverages, he opened three more moderately-priced restaurants, all named “L’Altro Vissani” (“The Other Vissani”), in Orvieto, Cortina, and the island of Capri.

Last but certainly not least is Vissani’s recent venture, “Il Tuo Vissani” (“Your Vissani”), which he opened in Rome on February 27, 2020 — just before the virus broke out — with his son Luca, long the restaurant’s maître d’ and business manager, and also with Calabrian dairy product entrepreneur and luxury hotelier Domenico Iozzi. Located on two floors plus the basement wine cellar (of 400 labels) available for tastings and private parties, at Piazza San Pantaleo 4, a two-minute walk from Piazza Navona, it’s like no other restaurant in the world because it offers every possible gastronomic desire nonstop from noon on. Here Vissani’s aim is to relinquish the limelight, making instead his strictly Italian ingredients from small producers and his guests the protagonists.

At the entrance is a mural of St. Pantaleon, born a Greek doctor, here dressed as a chef supposedly with the face of Camillo Negroni, the inventor of the Negroni cocktail, but to me a portrait of Luca. The atmosphere is homey and the prices accessible. Take-out and home delivery offered. Closed Tuesday. The menus include:

OredOro or “Happy Hour (6-8PM): six cicchetti (Venetian-style bite-sized snacks) with a surprise seventh, plus a cocktail or glass of wine (25 euros). 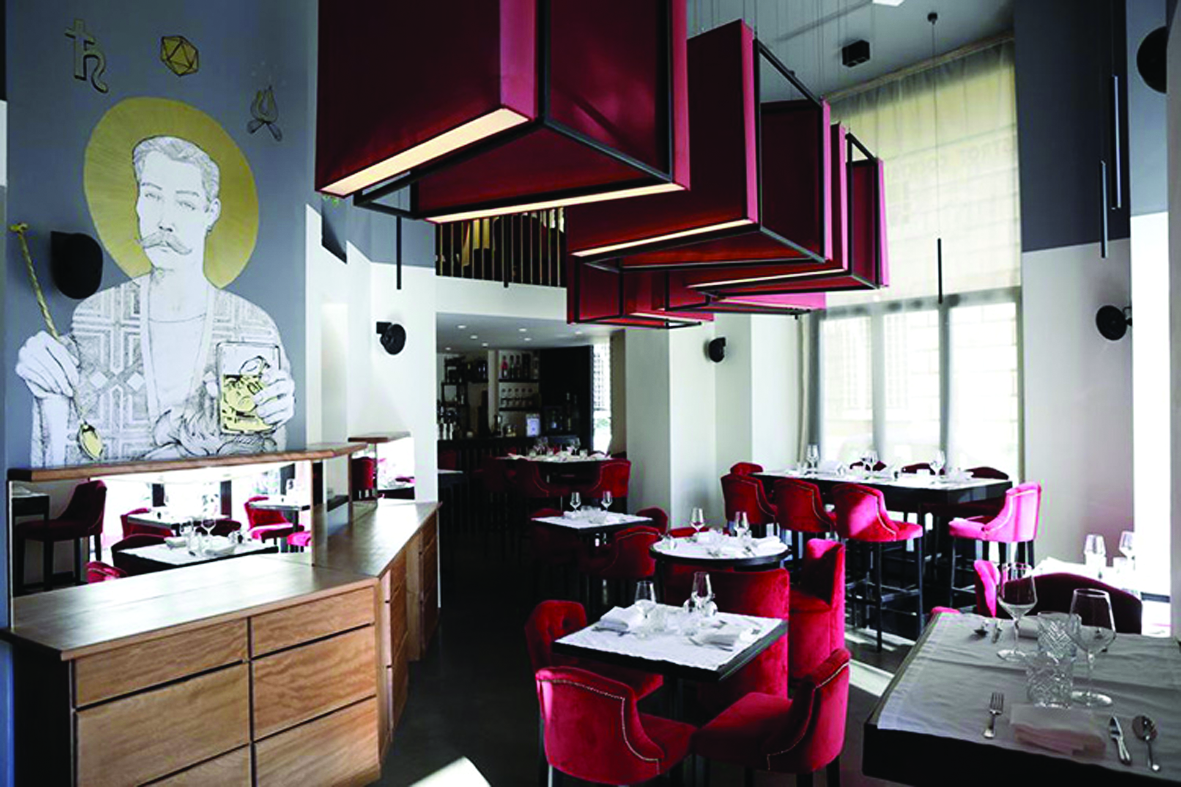 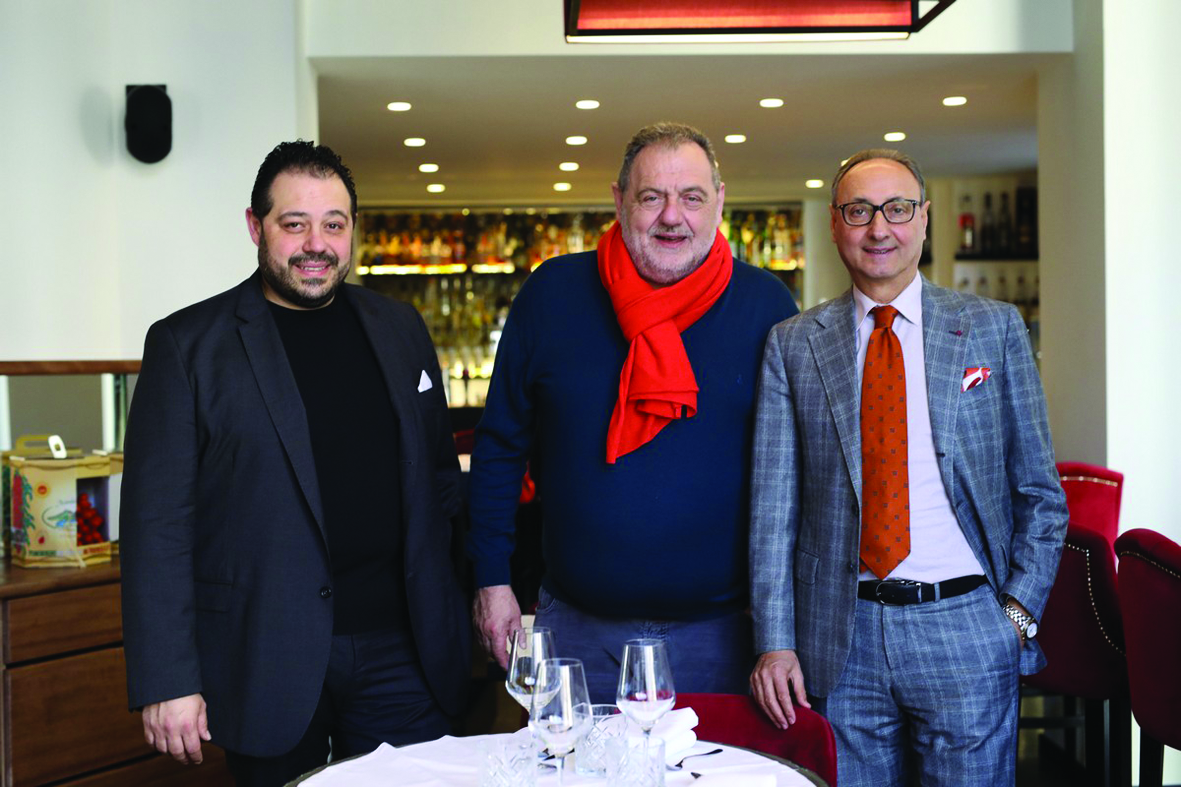 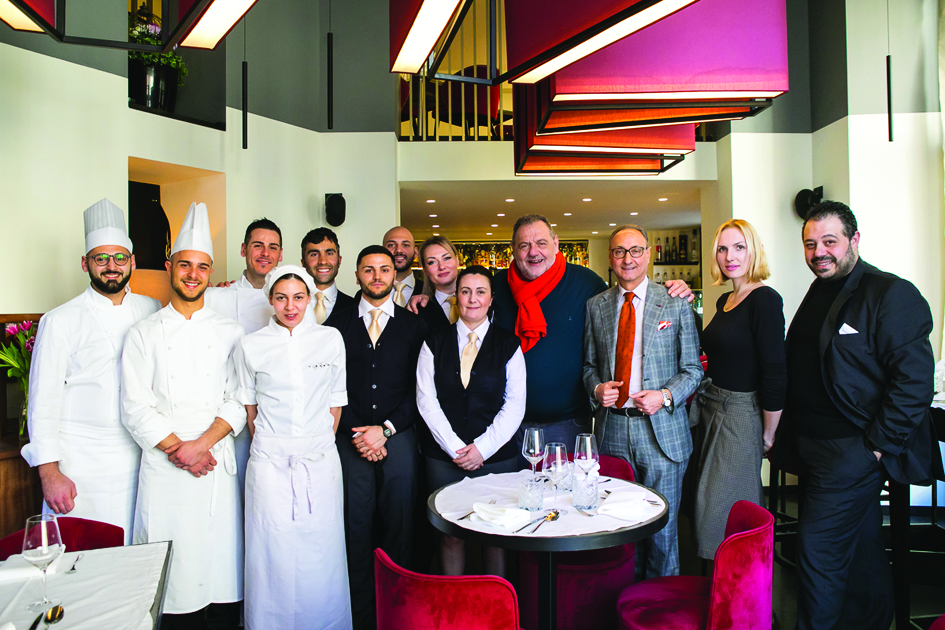 The three with the Team. 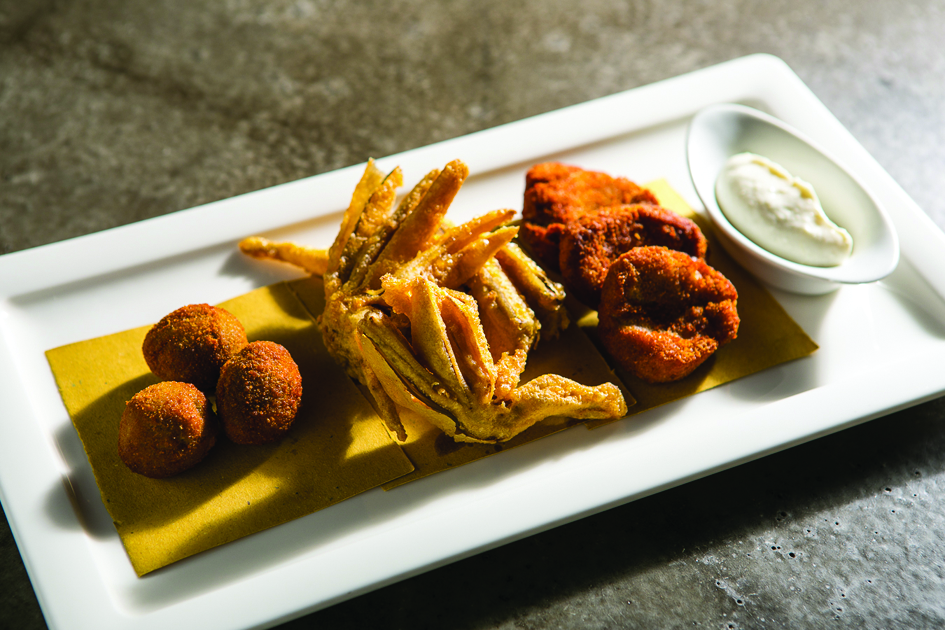