The poetry of Scripture can deepen our understanding of its meaning 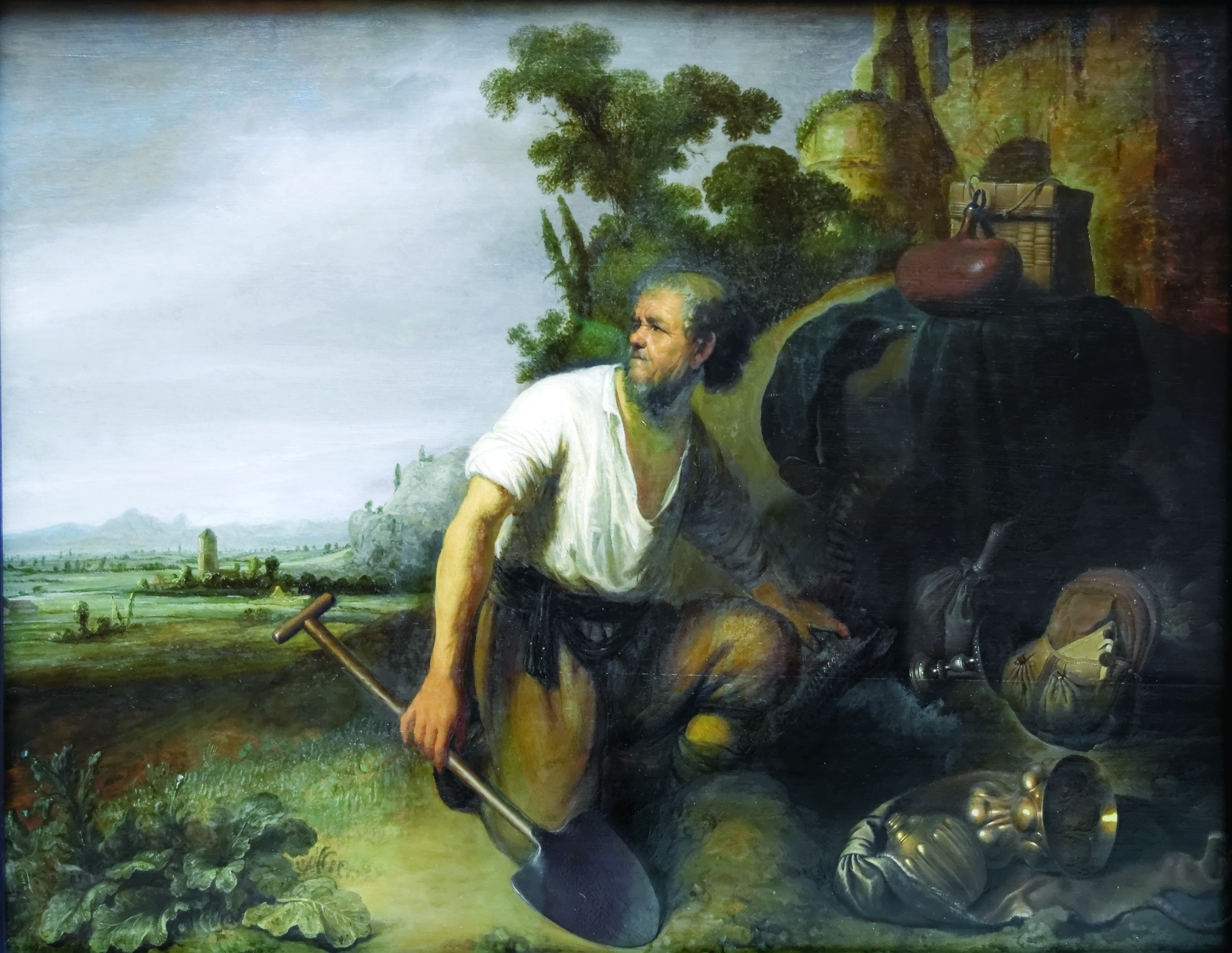 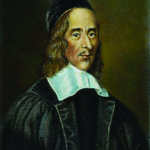 In the circle, the British poet George Herbert, whom Prof. Esolen considers to be the greatest lyric poet in English

It is a sorrow of mine to consider that most people who speak English and who have graduated from our colleges and universities know very little of their language’s poetic heritage; a greater sorrow to consider that Christians themselves know little about it. We have had many centuries of poetic meditation upon Scripture, in our own language, but we preach and write as if it had never happened.

Let me illustrate what we might gain if we submitted to be taught by our literary forefathers. The verse I have in mind is powerful and mysterious. “Set your minds on things that are above, not on things that are on earth,” says St. Paul. “For you have died, and your life is hidden with Christ in God” (Col. 3:2-3). We should not take the easy way out and say that Paul is merely engaging in a metaphor here, as that we have “died to ourselves,” learning to be less selfish, to volunteer at the local soup kitchen, and to hug small children. He really does mean that we have died in Christ, and that our lives now spring from a new root, and so we can say truly that we do not live, but that Christ lives in us: Christ our life.

But such new life is also somehow hidden, because we still move and act in the world about us, and that we long for things above is not going to be apparent to those who do not know that there is an “above” at all. How do you explain greenness to the color-blind? In some ways that new life will be hidden even from our own eyes, because the action of grace is like yeast in the dough, silent, invisible. Recall that when the blessed are brought before Christ their judge, they will say, “Lord, when were you hungry, and we gave you to eat?” — as if even they were unaware of the good they have done, as painful as may be their memories of sin.

Then let the poet George Herbert, whom I consider to be the greatest lyric poet in English, show us what this hidden life is like. The poem is simply called “Colossians 3:3,” and it is headed with the verse, Our life is hid with Christ in God. The spacing and the italics are intentional:

My words and thoughts do both express this notion,

That Life hath with the sun a double motion.

The first Is straight, and our diurnal friend,

The other Hid and doth obliquely bend.

One life is wrapped In flesh, and tends to earth:

The other winds towards Him, whose happy birth

Taught me to live here so, That still one eye

Should aim and shoot at that which Is on high:

Quitting with daily labour all My pleasure,

To gain at harvest an eternal Treasure. 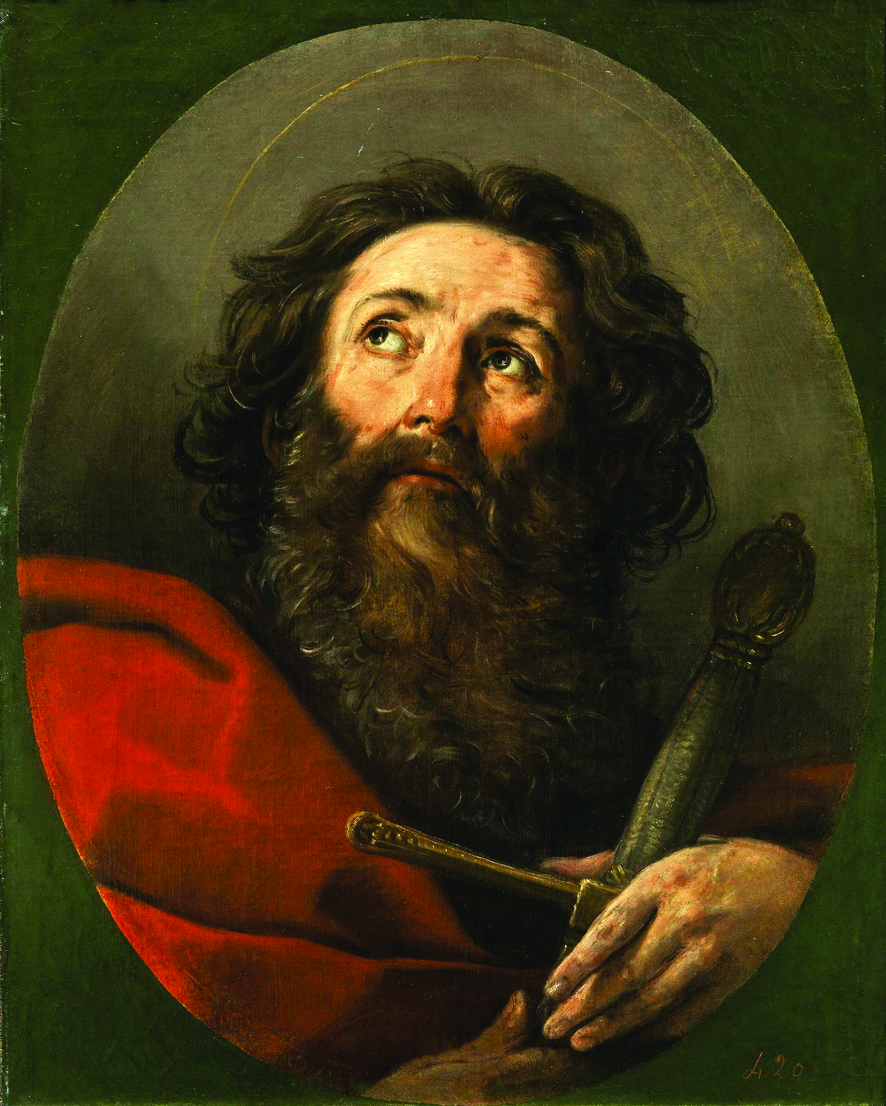 “Set your minds on things that are above… for you have died, and your life is hidden with Christ in god.”
—St. Paul, Col. 3:2-3

The simile that governs the poem is a little tricky to explain to people who no longer have to observe the path of the sun from hour to hour and from day to day. The sun, we know, rises in the east and sets in the west. That is the “straight” motion, the “diurnal friend” that bends toward earth. It is common among all human cultures to compare the life of man to a single day: think of the bittersweet song “Sunrise, Sunset.” The flesh ages and must die. But there is a second motion of the sun, one that is impossible to perceive in the hour.

It is a spiraling or winding motion, as Herbert puts it. Suppose we are in the northern hemisphere, and we begin on the shortest day of the year. The sun does not rise due east, but southeast, and the higher we are in the latitudes towards the pole, the farther south it will be, and to the same degree it sets southwest, traveling a very short arc and not rising high in the sky. But as it moves – I am speaking of the path we observe, which is owing to the tilt of the earth on its axis and its revolution around the sun – it spirals, rising farther to the east with each day and setting farther to the west, making a longer and a higher arc, till finally, on the longest day of the year, it rises northeast and travels all the way around east and south and west, to set northwest, and its noon is as high in the sky as it will ever be, at that latitude.

So the Christian life, says Herbert, has that double motion also, the one that is easily observable, but the other hidden. The hidden one spirals day by day upward – towards the peak. Of course he is not supposing that we will then fall back into a spiritual winter, and in this way our lives are not like the seasonal spiraling of the sun. We are moving toward a great summer harvest. We labor here, we “quit” our daily pleasures, “to gain at harvest an eternal Treasure.” Herbert is thinking of the parable of the man who found a treasure in a field, and went and sold all he had to purchase that field. The kingdom of God, says Jesus, is like that – a hidden thing, what the world overlooks, an “unconsidered trifle,” to use the apt words of Shakespeare. But the treasure is priceless. So the Christian lives, as it were, a diagonal life, in the world but not of it, moving with the flesh but also crossing it, cutting athwart it, and this in a quiet but constant way, ever with an eye toward “that which is on high.”

And what is the substance of this treasure? Once, near the end of his life, Thomas Aquinas heard in prayer the voice of God, saying, “Thomas, you have written well of me. What do you desire for a reward?” Thomas replied, “Thee alone, Lord.” That is the astonishing promise that God holds forth for the faithful soul. “My spirit longs for thee, within my troubled breast,” says one old and venerable and largely forgotten hymn. “Our hearts are restless until they rest in thee,” says Augustine. “Jesus, priceless treasure,” we sing in the magnificent Bach oratorio. And in this poem Herbert reveals to us in the diagonal, in words otherwise hidden, what is true of his life and what he longs for as the summit and perfection of that life: My life is hid in Him that is my Treasure.

That’s just one small and winsome example of what Christian artists used to do, in meditating upon the word of God. Let us go and learn from them.