“Most subtle campaign to de-Christianize Western culture in 100 years”

“Most subtle campaign to de-Christianize Western culture in 100 years”

Cardinal Gerhard Müller laments the social agenda being pushed by the US, and says of new President Joe Biden: “I cannot support an abortion politician because he builds public housing” 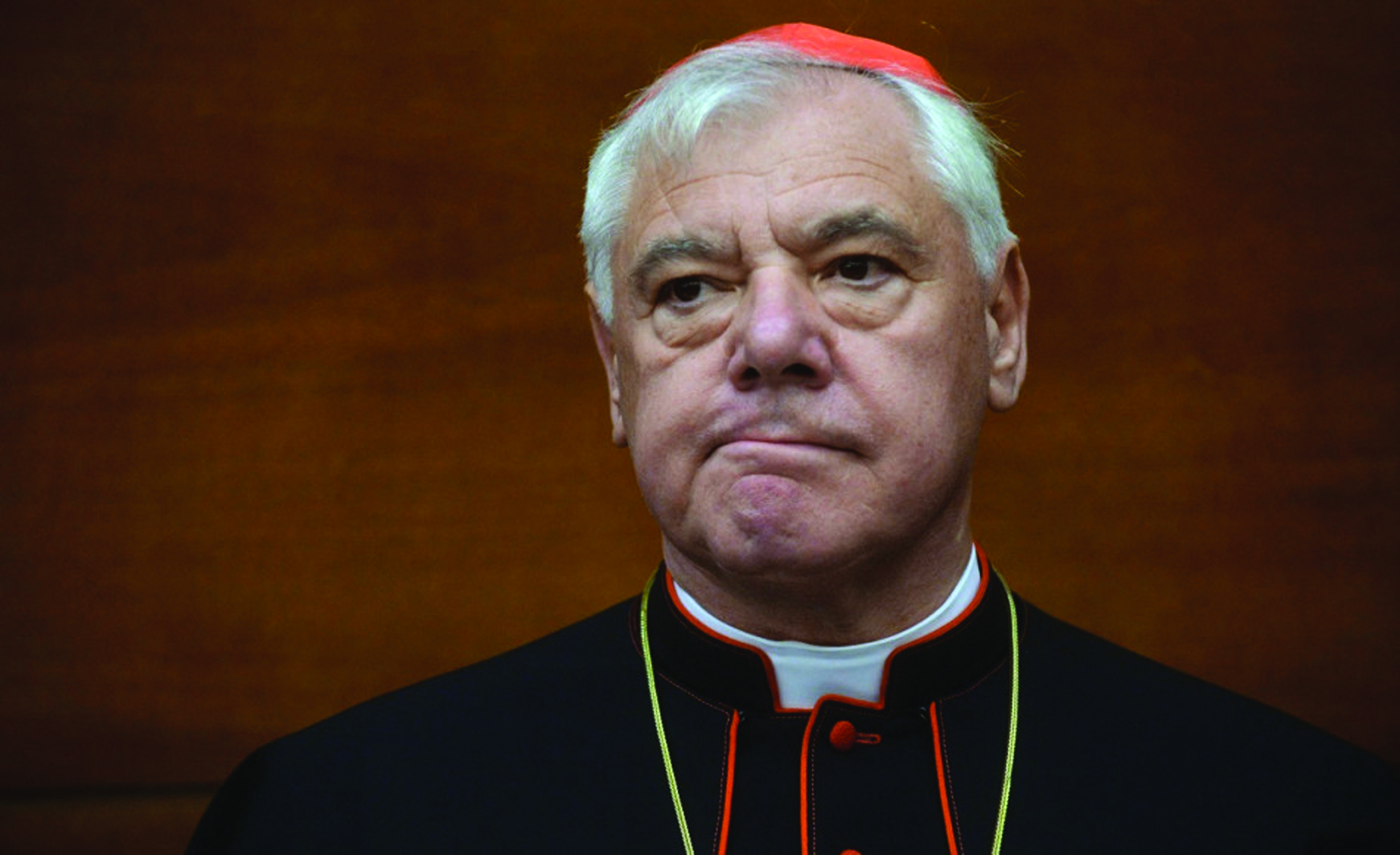 German Cardinal Gerhard Müller. Now retired, he was formerly in the highest doctrinal post of the Church as Prefect of the Congregation for the Doctrine of the Faith 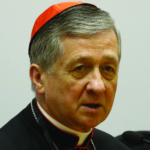 PETRA LORLEBERG: Your Eminence, the U.S. Conference of Catholic Bishops has expressed strong criticism of the pro-abortion policies of the new U.S. President Joe Biden. On the other hand, a few U.S. bishops voiced their view that the USCCB’s critique of Biden was unwise. Blase Cardinal Cupich from Chicago writes on his personal Twitter account that the U.S. Conference of Catholic Bishops had issued “an ill-considered statement” on the occasion of the new President’s inauguration. Do you see the USCCB critique as justified, or are the bishops exaggerating?

CARDINAL GERHARD MÜLLER: A Catholic bishop is distinguished from power politicians and ideologues by his obedience to the revealed Word of God. He would be a false apostle if he relativized the natural moral law for the sake of his political preference or because he favored one party or the other. Every human being recognizes the demands of the natural law in his conscience because of his reason.

When those who held political and religious power in the time of the apostles tried to forbid them to proclaim Christ’s teaching under threat of punishment, the latter replied: “We must obey God rather than men” (Acts 5:29).

Anyone who relativizes the clear acknowledgment of the sacredness of every human life with tactical games, sophistries and window dressing because of political preferences, publicly opposes the Catholic faith.Vatican II and all the Popes down to Francis have described the deliberate killing of a child before or after birth as a most grievous violation of God’s commandments. 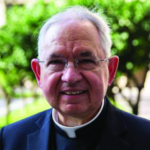 The USCCB President, Archbishop Gomez, declares to President Joe Biden in his clear opinion: “As Pope Francisteaches, we cannot stay silent when nearly a million unborn lives are being cast aside in our country year after year through abortion.” What is the Church’s teaching on abortion?

“God, the Lord of life, has entrusted to men the noble mission of safeguarding life, and men must carry it out in a manner worthy of themselves. Life must be protected with the utmost care from the moment of conception: abortion and infanticide are abominable crimes.” (Vatican Council II, Gaudium et spes, n. 51).

President Joe Biden has presented himself—not only on the day of his inauguration—as a believing, practicing Catholic. How credible is that in your view, given his long series of pro-choice declarations and his official Statement on the 48th anniversary of Roe v. Wade, the Supreme Court decision legalizing abortion: “In the past four years, reproductive health, including the right to choose, has been under relentless and extreme attack,” and also his announcement that his administration will massively support abortion in the United States and worldwide, even financially?

There are good Catholics even in the highest Vatican positions who, in their blind anti-Trump sentiments, put up with everything or play down what is now being unleashed in the U.S.A. against Christians and all people of good will.

Now the United States, with its conglomerated political, media and economic power, stands at the head of the most subtly brutal campaign to de-Christianize Western culture in the last one hundred years. They play down the lives of millions of children, who now fall victim to the worldwide, organized abortion campaign under the euphemism of “right to reproductive health,” by referring toTrump’s character faults.

An otherwise highly respected confrere reproached me, saying that I must not fixate on abortion. For now that Trump has been voted out, this eliminates the much greater danger that that madman might push the nuclear button. I am convinced, however, that individual and social ethics has priority over politics. It crosses a line when faith and morals are reckoned by a political calculus. I cannot support a pro-abortion politician just because he builds public housing, as though I had to put up with what is absolutely evil on account of something relatively good. 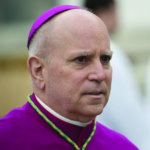 In the U.S.A. there are bishops who say publicly that Biden, on account of his public 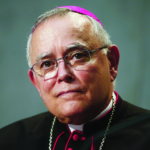 statements and actions with regard to abortion, is not in full communion with the Catholic Church, for instance the Archbishop of Denver, Samuel J. Aquila, and the former Archbishop of Philadelphia, 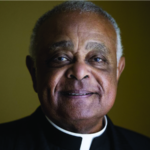 Charles Chaput. Chaput supports the idea that at this time Biden should not receive Communion. In contrast, Wilton D. Cardinal Gregory, Archbishop of Washington, D.C., said that he would not deviate from the current practice of allowing Biden continued access to the reception of Communion. How do you evaluate this? 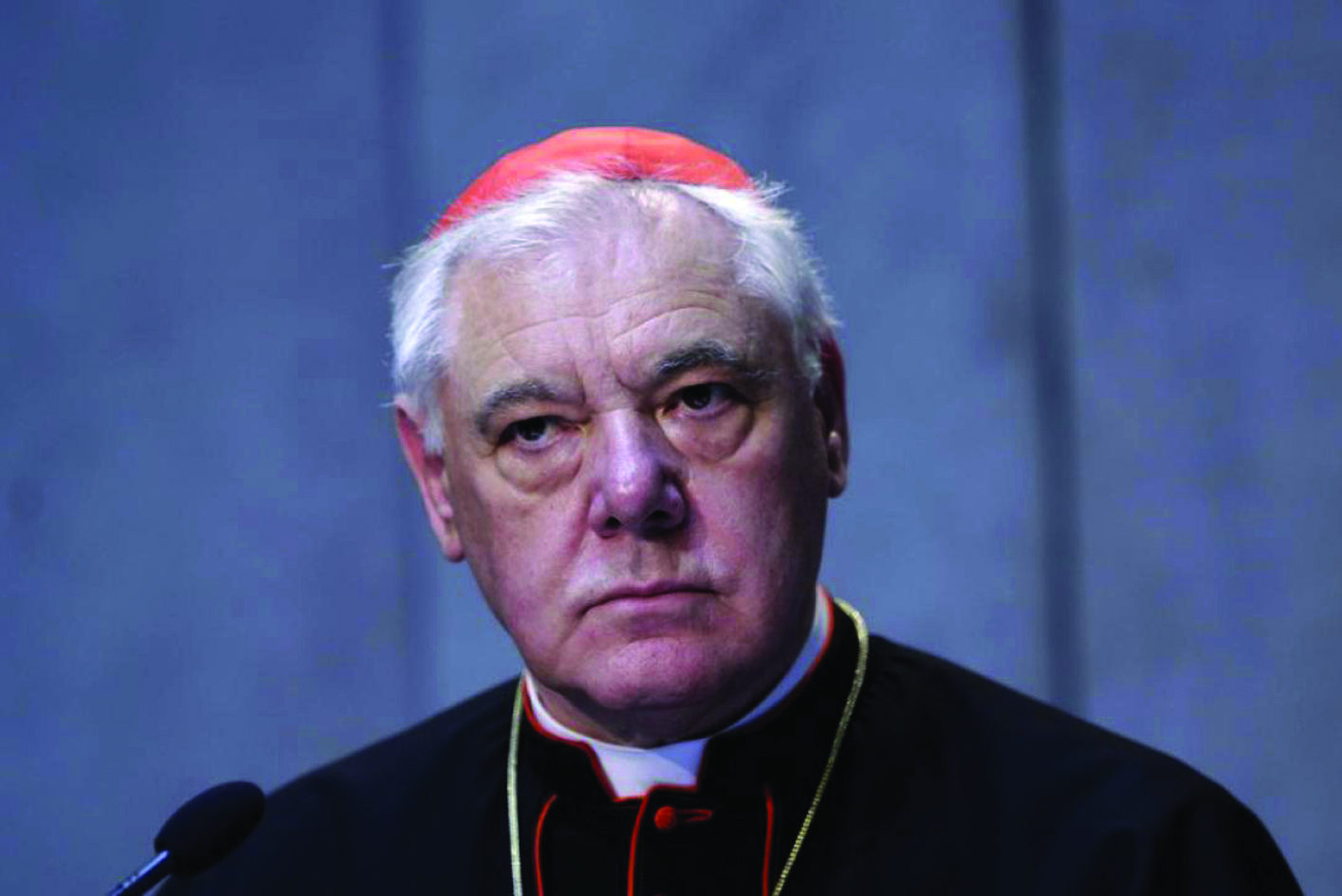 “Now the United States, with its conglomerated political, media and economic power, stands at the head of the most subtly brutal campaign to de-Christianize Western culture in the last one hundred years”

Even among Catholics, the absurd opinion has crept in that faith is a private affair and that in public life you can tolerate, approve and promote something that is intrinsically evil.

Concretely, in practice the Christians in a legislature or a government might not always succeed in adopting the natural moral law on all points. But they must never participate in evil actively or passively. At least they must protest against it and—as far as they can—oppose it, even if they suffer discrimination as a result.

It is well known that a Christian who declares his opposition to the mainstream of LGBT-propaganda, abortion, legalized drug use and the abolition of male or female sexuality is called “extreme right-wing” or even a “Nazi,” although in fact the National Socialists with their biologistic-Darwinist ideology were diametrically opposed to Christian anthropology.

Those with a spiritual affinity (who disparage others with Nazi comparisons but at the same time are indignant when they are compared with Nazis) gather, instead, where people rebel against God, who created man in His image and likeness—as man and woman.

Can the U.S. bishops in principle count on Pope Francis to support their pro-life commitment across the board, so that any disagreements in dealing with a sitting President would be at most in a question of tact?

The Holy Father has never failed to oppose in the clearest possible terms abortion as pre-meditated murder, and for this reason he has been slandered vilely by those who otherwise like to quote him and cannot emphasize loudly enough the contrast with the previous Pope Benedict XVI. I hope that no one comes up with the perverse idea of balancing abortion and euthanasia against the admission of immigrants and migrants at the Mexico border and thus of “silently” accepting crimes against humanity as part of the bargain.

Given the pro-abortion positions of the new President, can and should American Catholics simply and obligingly go along with his calls for “unity” and the healing of wounds?

Reconciliation is the gift that God has given us through Jesus Christ. Precisely for Christians in politics this should also be a standard for their speech and actions. But an ideological rift in society is not overcome when one side marginalizes, criminalizes and destroys the other,so that in the end all institutions from the media to the international firms are now ruled only by representatives of the capital-socialist mainstream.

In the United States, as in Spain now, the Catholic schools, hospitals and other non-profit institutions supported with public funding are being compelled to implement immoral policies; if they refuse they are closed. Even the most naive must be able to tell by now whether the talk about reconciliation in society was meant seriously or was only a propaganda trick.

The very same ones who talk about it at the top of their lungs should examine themselves critically about their own contribution to the division. The slogan, “If you won’t be my pal, I’ll smash in your skull,” is not the right path to reconciliation and mutual respect.

Would such a strong reaction against pro-abortion policies be imaginable in Austria, Germany and German-speaking Switzerland?

Since the eighteenth century, along with absolutism, we have even in Catholic France, Austria and Bavaria the unholy tradition ofthe official state church (Gallicanism, Febronianism, Josephinism).

[As a result] the Church no longer defines herself in terms of her divine mission for the salvation of all people, but rather in terms of the service that she can perform for society within the parameters of the common good and dependence on the State.

Only once, during the Kulturkampf [German Culture War] against Prussian state absolutism and against the totalitarian ideology, was there practical opposition in the name of her higher mission (Pius XI, Encyclical Mit brennender Sorge, 1937). 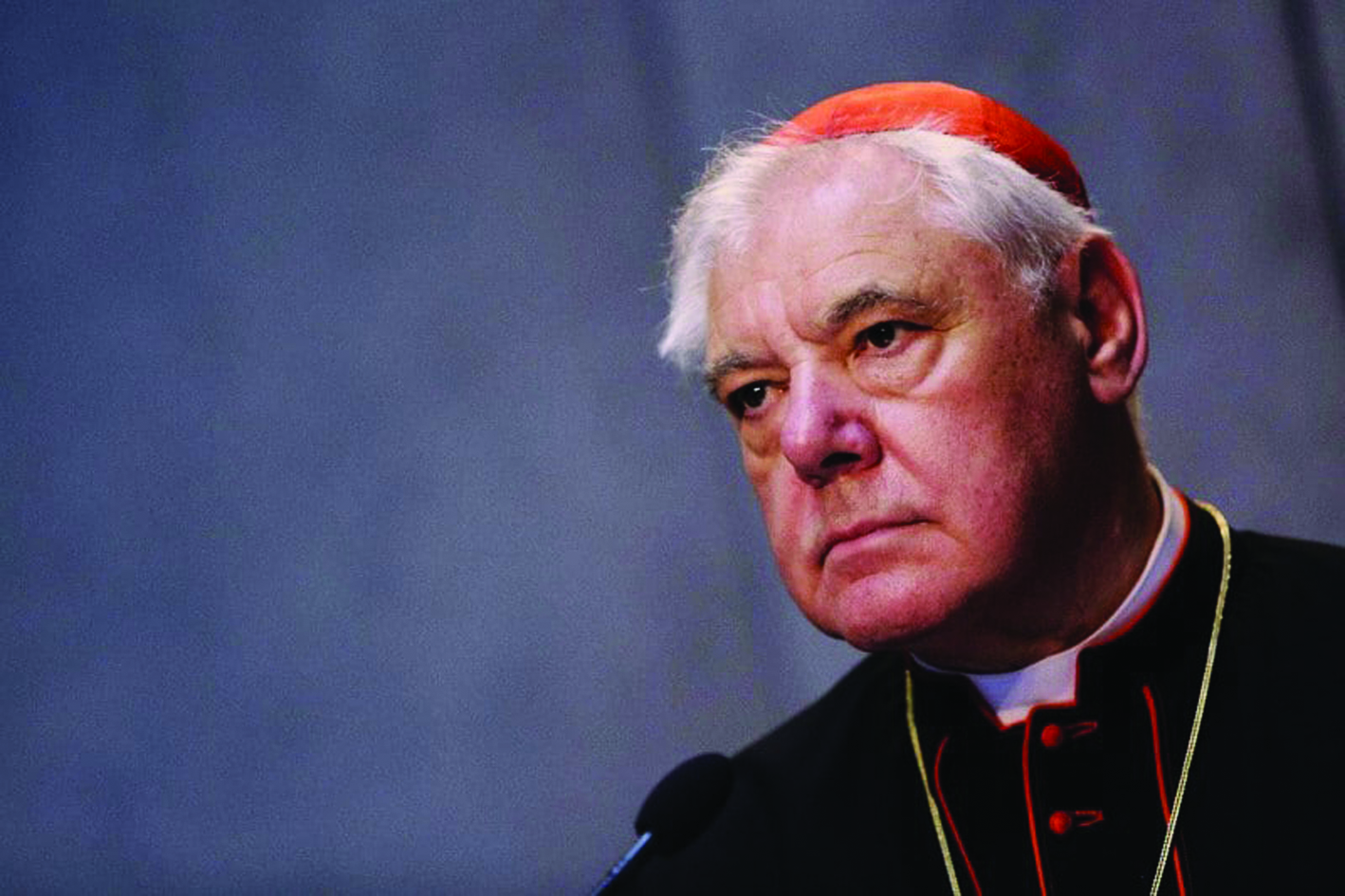 “In the United States, as in Spain now, the Catholic schools, hospitals and other non-profit institutions supported with public funding are being compelled to implement immoral policies; if they refuse they are closed.”

Since then, [German-speaking] Catholics have obviously subordinated themselves to a great extent to secular governmental goals (so-called “system relevance”) and have grappled with the aggressive de-Christianization of society only in the private sphere. A bishop in Central Europe today faces the choice of surviving through conformity or being branded a fundamentalist by ignorant people.

Whereas in the United States the participation of great numbers of Catholic bishops in the largest pro-life event in the world, the March for Life, has become almost routine, in Germany you can count on one hand the few brave bishops who come to the March for Life.

It is not my job to evaluate the conduct of individual bishops. I have always been impressed by Clemens August von Galen, who on October 18, 1933, was consecrated Bishop of Münster [Germany].

The motto on his episcopal coat of arms was: Nec laudibus – nec timore. “Neither the praise of men nor the fear of men should move us.”

In Poland, on the contrary, the bishops are decidedly and strikingly pro-life. Do you value their efforts?

More than all other European nations, the Poles for 200 years have suffered and fought for constitutional democracy and the Catholic faith. Nevertheless, malicious prejudices against this country are circulating. Even in ecclesiastical circles these commonplaces and stereotypes are adopted uncritically.

The advocacy of Polish bishops, priests and lay people are associated with a fundamental traditionalist sentiment of a nation which, after the National Socialist and Communist dictatorship and foreign rule, is not yet so ripe for democracy.

Offers of remedial instruction in matters of democracy and in dealing with a secularized society are coming from Germany and Austria, of all places.

All things carefully considered, we should show more solidarity with our Catholic brothers and sisters. We could learn important things from each other and together accomplish much good for the Catholic Church in today’s world.

(Translated from German by Michael J. Miller. Permission by kath.net.)