Confusion continues regarding Vatican finances as one cardinal (Becciu) is sacked, another (Pell) returns to Rome, a new report on the Holy See’s finances appears, and a Vatican consultant is arrested 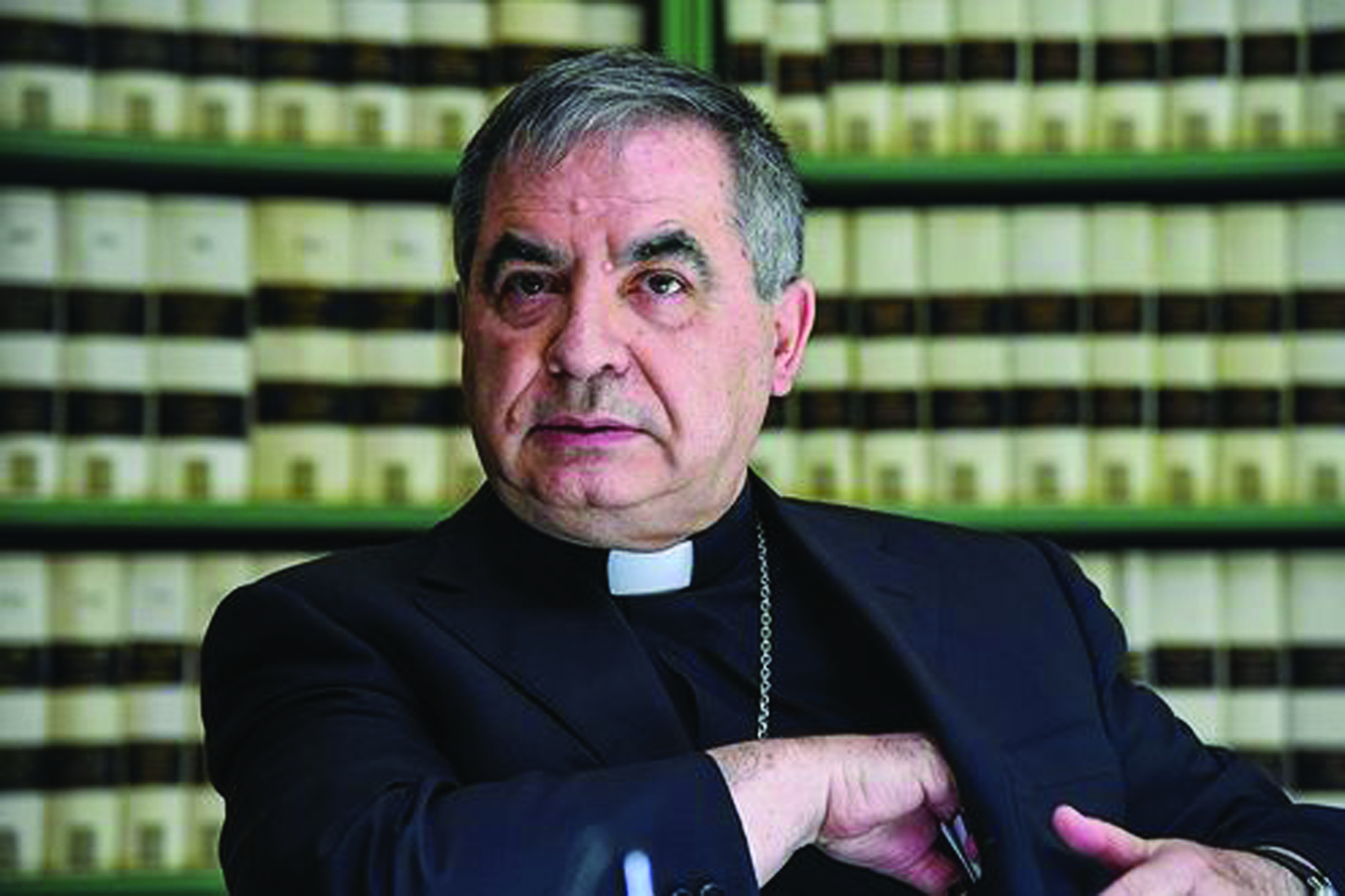 The Roman Curia of the Catholic Church released, for the first time in years, a relatively detailed 12-page report on its finances October 1. 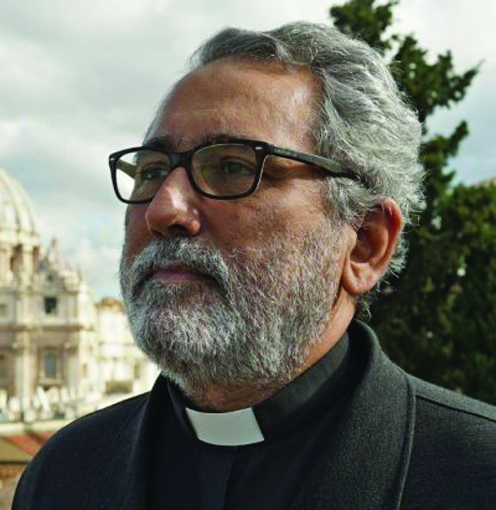 Jesuit Father Juan Antonio Guerrero Alves, Prefect for the Secretariat of the Economy of the Holy See

The release of the report coincided with an interview by Andrea Tornielli of the Vatican’s Dicastery for Communication with the Prefect for the Secretariat of the Economy of the Holy See, Jesuit Father Juan Antonio Guerrero Alves.

Fr. Guerrero emphasized that the report covers only the Holy See, and not the Vatican as a whole, which would include the Vatican city-state, the employees’ pension fund and the so-called “Vatican Bank” (the IOR, or Institute for the Works of Religion).

Fr. Guerrero also pointed out that if the entire economy of the Vatican were taken into account, the overall patrimony would amount to 4 billion euros and there would be no deficit.

Where does the Holy See get its money? More than half of its 307- million-euro income last year came from financial instruments and real estate, generated by assets of around 1.4 billion euros. The rest came from what are called “Commercial Services,” like charges for visits to the Catacombs and income from the Vatican Publishing House and the Dicastery for Communication, followed by a small amount from other services (4%), as well as contributions from other sections of the Vatican (14%) and donations from dioceses and the faithful (18%).

In his interview with Tornielli, Fr. Guerrero said, “What we have presented to the Council for the Economy is the Balance Sheet of the Roman Curia, that is, of the Holy See in the strict sense: sixty institutions at the service of the Pope in his mission of leadership of the Church, in his service of unity in charity, that is, evangelization, communication, promotion of integral human development, education, aid to Churches in difficulty, formation of the clergy, et cetera.” He went on to explain, “I link money to mission. What is it for? That is why in the presentation of the budget we try to explain how the resources are used, for what purpose, for what mission. The Holy See does not function as a company or a state, it does not seek profits or surpluses. It is therefore normal that it is in deficit,” he said. In keeping with the spirit of “mission,” he emphasized, “sometimes we must give more than we have in order to fulfill our mission: we must have the boldness of mission. What we must take care of is whether the deficit is sustainable or adequately financed in the long term.”

“As Pope Francis wrote in his last message to the Pontifical Mission Societies,” said Fr. Guerrero, “the Church ‘has always continued to go ahead also thanks to the oblation of the widow, to the contribution of all those countless people who feel healed and consoled by Jesus and who for this reason, overflowing with gratitude, give what they have.’ Our duty is to manage their gift with the honesty, prudence and foresight of the good family father.”

Tornielli also brought up the troubling matter of investment losses in London linked directly to the former sostituto at the Vatican’s Secretariat of State, operating as a manager of the Secretariat’s daily operations.

During his tenure there, in 2014, Cardinal Giovanni Angelo Becciu, until his September 25 resignation the head of the Congregation for the Causes of the Saints, authorized a property investment using Church funds which sank $200 million into a large office building being converted into luxury apartments in the Chelsea district of London, in a deal involving Italian former banker Raffaele Mincione. That investment caused large losses. A London-based businessman, Gianluigi Torzi, was arrested by the Vatican authorities and charged with “extortion, embezzlement, aggravated fraud and self laundering” for payments made to him for his role as a middleman in the purchase. The Italian, who was released from custody, denies wrongdoing.

The Vatican made the surprise announcement that Pope Francis had asked Cardinal Becciu to relinquish his rights as a cardinal on the evening of September 24. In a press conference the next day, Becciu said the Pope had made no mention of the London property deal when he asked him to resign.

“Yesterday until 6:02 pm I felt like a friend of the Pope, the Pope’s faithful executor,” he said. “Then the Pope says that he no longer has confidence in me because he was told by the magistrates that I had committed acts of embezzlement. I have not made my family rich; I am ready to sue.”

Last year Vatican police seized documents linked to the London investment, and suspended a number of staff who had worked in the secretariat, including Cardinal Becciu’s former secretary.

Against this background, Cardinal George Pell, former head of the Vatican’s Secretariat for the Economy, returned September 30 to Rome from his native Australia after being freed from 13 months of prison after final acquittal on sex abuse charges — charges he has linked to his efforts to clean up financial corruption at the Vatican. He was greeted by Pope Francis in an October 12 meeting with the Pontiff’s words: “Thank you for your testimony.”

According to CNA’s Ed Condon:

The former head of the Vatican Secretariat for the Economy, Cardinal George Pell, frequently found his efforts thwarted by Becciu. A source told CNA that on one occasion Becciu gave Pell – his superior – a formal “reprimand” for his attempts to bring transparency to the Secretariat of State. On another occasion, Becciu countermanded an audit of all Vatican finances ordered by Pell. 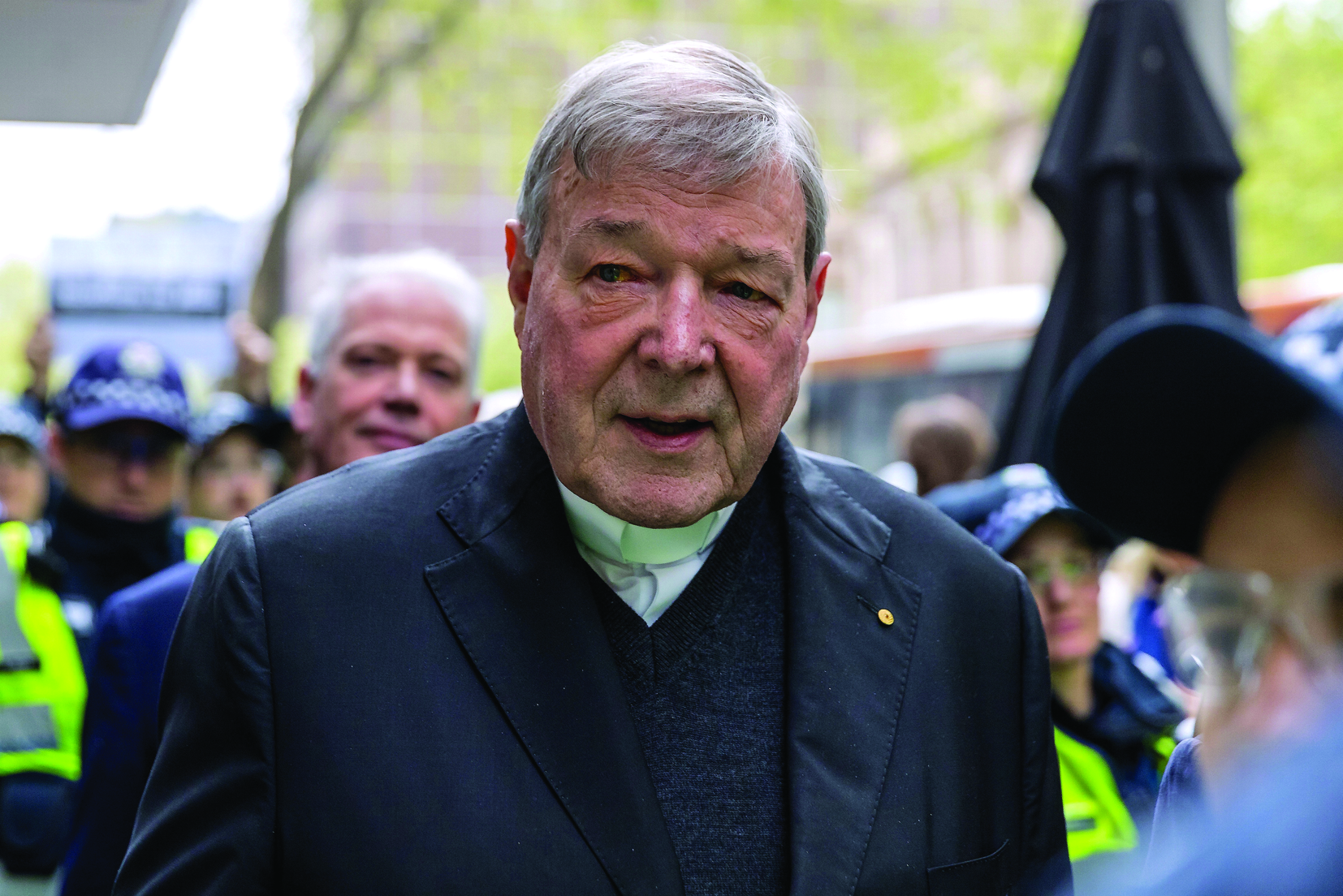 Cardinal George Pell, former head of the Vatican’s Secretariat for the Economy, returned September 30 to Rome from his native Australia after being freed following 13 months in prison.

Since his vindication on sex abuse charges by the Australian High Court, Cardinal Pell had not commented on his former role, or the various financial scandals which have led to, from, and through Becciu’s office.

But after Thursday’s announcement that Becciu had “resigned,” Pell issued a rare public statement, congratulating Pope Francis on what was in fact a summary sacking.

“The Holy Father was elected to clean up Vatican finances,” Pell said. “He plays a long game and is to be thanked and congratulated on recent developments.”

Pell’s five-year term as the head of the Secretariat for the Economy ended last year. Before that, Pope Francis had kept Cardinal Pell’s job open for two years after his arrest, awaiting the final outcome of his trials. The cardinal, 79, has expressed his intention to return to Sydney permanently. 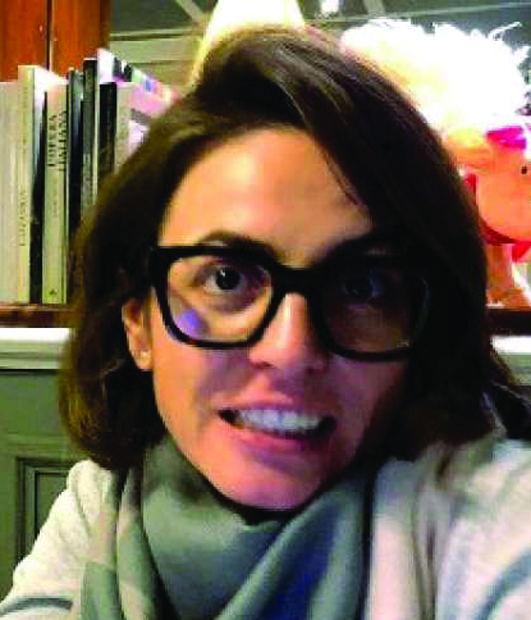 One of Becciu’s “consultants,”
39-year-old Italian Cecilia Marogna, who was arrested on October 13

Then, another chapter in the story was opened when a “consultant” to Cardinal Becciu, the 39-year-old Cecilia Marogna, was arrested October 13 on an international warrant issued by the Vatican. According to AP’s Nicole Winfield:

Vatican prosecutors have accused Marogna of embezzling some 500,000 euros ($590,000) in Vatican money for intelligence consulting she never really performed, working out of a Slovenian front company and using at least half the money instead to buy merchandise from Prada, Chanel and other fancy brands, Italian news reports said.

According to Vatican documents published in Italian newspapers and shown on investigative television shows this week, Cardinal Angelo Becciu, the onetime No. 2 in the Vatican secretariat of state, wired the funds to Marogna’s Logsic firm, purportedly for humanitarian operations in Africa and Asia.

Marogna has told Italian media she was a political analyst and intelligence expert who reached out to Becciu in 2015 with concerns about security for Vatican embassies in hot spots and was quickly brought into the cardinal’s inner circle.

Marogna told Milan’s Corriere della Sera that over four years, Becciu wired her 500,000 euros as compensation, travel reimbursements and consultancy fees after she pitched herself as having “a network of relationships in Africa and the Middle East to protect nunciatures and missions from environmental and terrorist risks.”

But the incident also served to point up not only possible criminal activity, but also the sloppy accounting practiced by Vatican officials — Marogna said she never provided receipts for work or expenses — which Cardinal Pell first came to Rome to clean up.