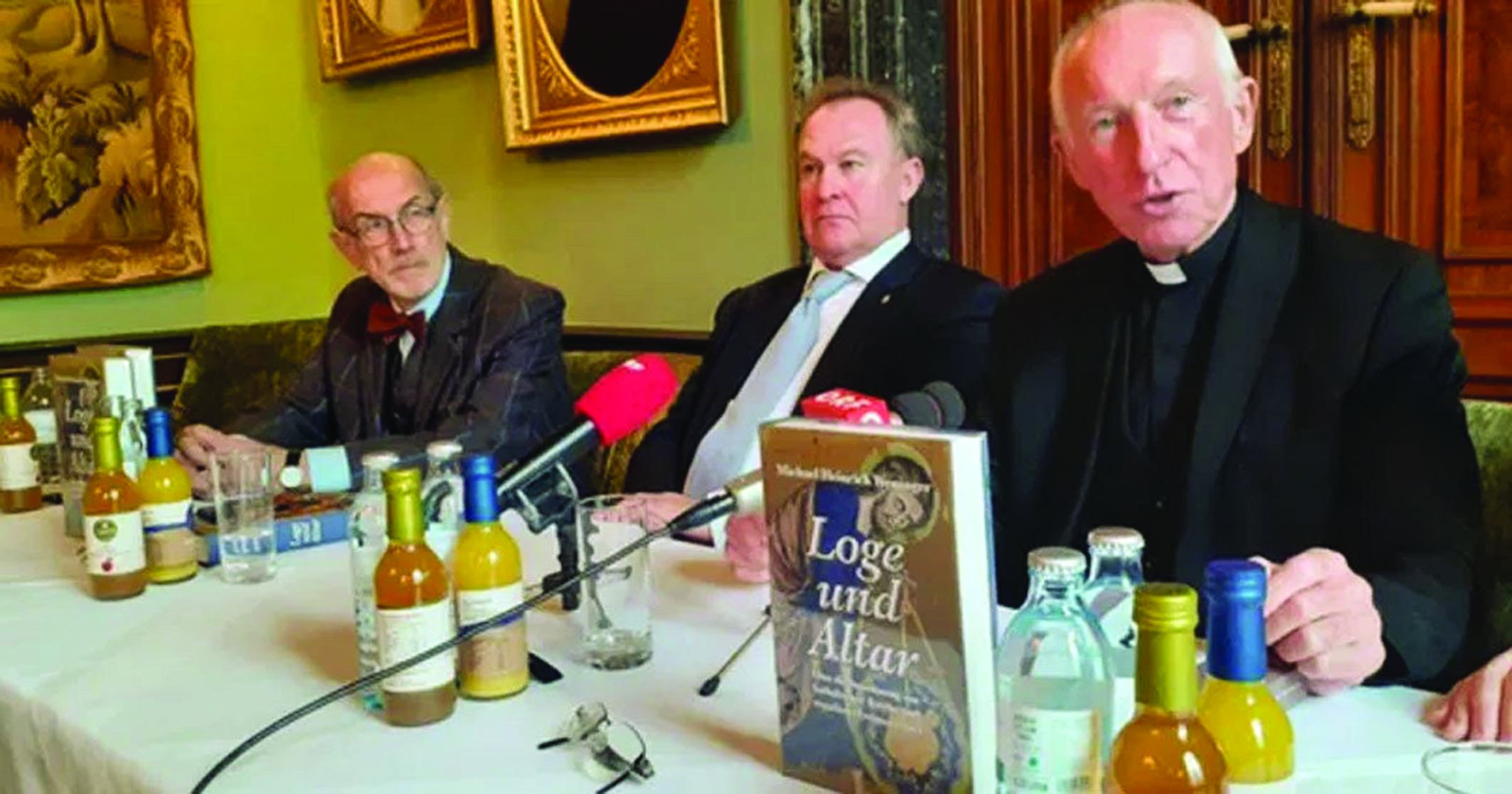 In 2013, a French priest was removed from office and stripped of his public ministry for refusing to resign from Freemasonry. By contrast, in February 2020 an Austrian priest and Vatican official, quite open about his Masonic membership, held a press conference to launch his new book about the alleged compatibility of “regular” (British-recognized) Masonry and the Catholic faith, with little if any fear of punishment.

This is one of many such recent, emerging efforts from Europe to Australia to “normalize” Masonic membership in the Church. What exactly is going on, and why is this happening now?

Although Pope Francis is no admirer of the Freemasons, having encountered them as wheeler-dealers in his native Buenos Aires, it appears action is no longer being taken to discipline priests and prominent laymen who are known Masons, or bar them from Holy Communion.

This has clearly emboldened those working to gain de facto Vatican acceptance of Masonic membership and what they undoubtedly hope will be an eventual official change to Cardinal Joseph Ratzinger’s 1983 “Declaration on Masonic Associations.”

There Ratzinger wrote: “The Church’s negative judgment in regard to Masonic association remains unchanged since their principles have always been considered irreconcilable with the doctrine of the Church and therefore membership in them remains forbidden. The faithful who enroll in Masonic associations are in a state of grave sin and may not receive Holy Communion.”

However, it is true that there has been confusion since the new Code of Canon Law was promulgated in 1983, as it no longer mentions Masonry by name — and dropped the previous penalty of ex-communication for Masonic membership.

That is why then-CDF Prefect Cardinal Ratzinger issued a statement a day before the new Code came into force, explaining that Masonic membership remains forbidden and is a grave sin.

The declaration specifically stated that local ecclesiastical authorities have no power to modify the Church’s centuries-old position, but as we’ll see below, the proponents of change are chipping away at all aspects of this landmark document.

The most spectacular, or if you prefer, brazen, recent event was the February 12, 2020 press conference alluded to above, which took place in Vienna and served as the launch for Fr. Michael Weniger’s new 500-page book Loge und Altar (Lodge and Altar).

Fr.Weniger, a former Austrian diplomat who was ordained in 2009 following the death of his wife, is a Mason and the chaplain of three Austrian Masonic lodges.

In 2012, Pope Benedict appointed him to the Pontifical Commission for Interreligious Dialogue.

On the podium with Fr.Weniger was Georg Semler, a self-described “committed Catholic” who is currently Grand Master of the Grand Lodge of Austria.

Weniger noted that copies of his book were distributed to Pope Francis and to various cardinals, including Vienna’s archbishop, Cardinal Christoph Schönborn, 75, and received “with benevolence, without exception.”

The book’s thesis is that there is no contradiction between being a Catholic and a member of a British-recognized “regular” Grand Lodge which requires a belief in God: focuses on basic ethical lessons grounded in natural law; offers conviviality and good fellowship and does charitable work; and specifically forbids discussion of or involvement in politics and religion.

He concedes that the Church’s fears about the liberal, “adogmatic” Grand Orient-type of Masonry (deemed “irregular” and not genuine Masonry by London) are well-founded, as the notorious Grand Orient of France (France’s largest Masonic group) and similar bodies are overtly and aggressively political and anticlerical, with a membership largely made up of left-leaning atheists and agnostics.

Despite all this, Fr. Weniger remains a priest in good standing as far as anyone can ascertain. 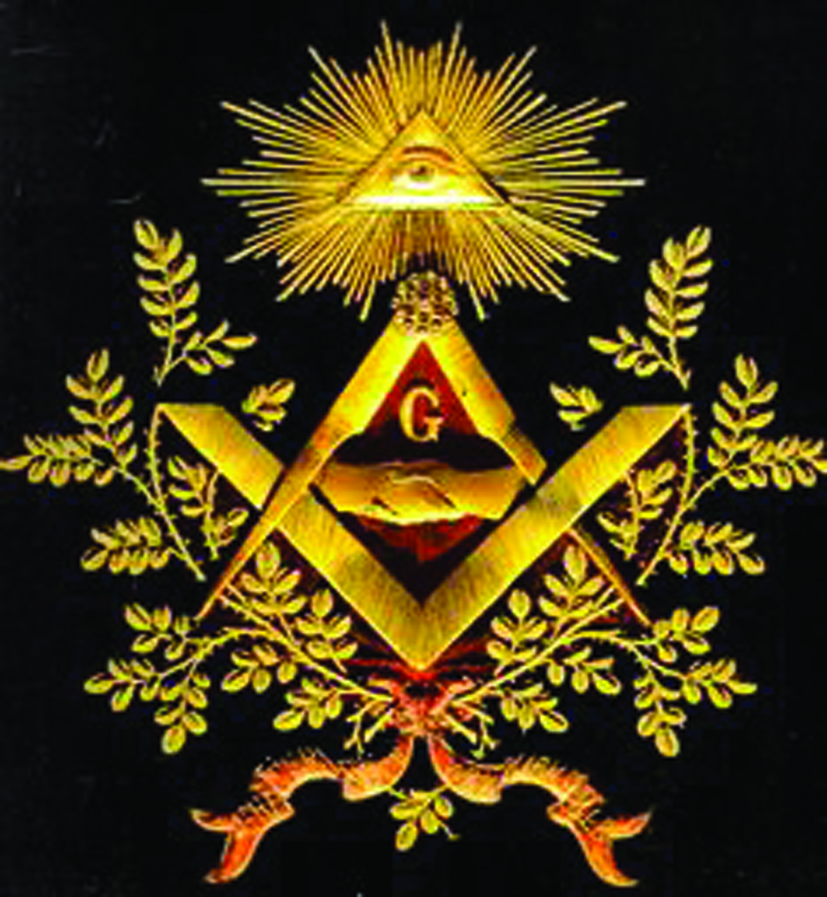 In 2019, an equally surprising revelation came out of Australia, when a retired Queensland priest, Fr. Kerry Costigan, published an article in the magazine of the National Council of Priests of Australia, making similar arguments to those of Austria’s Fr. Weniger.

Fr. Costigan revealed that he, too, is a Mason and lodge chaplain and, more stunningly, that British-origin Australian Freemasonry has been in official private dialogue with the Australian Catholic Bishops’Conference (ACBC) for years.

He cited a letter in which he said the bishops’ conference secretariat stated that “any Catholic man may join Freemasonry as exists in Australia.”

It came out that several years earlier, three of the Grand Masters of Australia’s five grand lodges were Roman Catholics who wished to regularize the status of Catholic Freemasons in the country.

The Australian Catholic Bishops’ Conference secretariat suggested that it would consider a joint proposal coming from all five Australian grand lodges.

The fruits of these efforts include a now-leaked exchange of letters, one of which was written by ACBC General Secretary Fr. Stephen Hackett, MSC, which lauded the “spirit of harmony” now existing between the Church and Australian Freemasonry, and stated that “no penalty attaches to Catholic membership.”

As with Fr. Weniger, it appears that Fr. Costigan is at little risk of losing his priestly faculties.

Again, how different things were only a decade ago when it was discovered, in 2010, that a French parish priest in the diocese of Annecy, Fr. Pascal Vesin, was a member of the Grand Orient of France.

In those last years of Pope Benedict’s papacy, Fr. Vesil’s bishop worked discreetly and gently to try to persuade him to resign, but in the end, Vesil refused, and so was removed from office and suspended from public ministry in 2013, in the first months of Pope Francis’ pontificate.

Vesil, then in his early 40s, walked 900 kilometers from his home to the Vatican, a 39-day “pilgrimage” as he called it, hoping for an audience with Pope Francis or with one of his secretaries.

He never got one, and the French media quipped “Père ou Frère?” — “Father or Masonic brother?”

In recent years, the Church has also turned a blind eye to prominent Catholic laymen who are Freemasons.

No one disputes Ambassador Branstad’s pro-life credentials or the honor of being made a Knight of the prestigious Equestrian Order of the Holy Sepulcher, one of the two orders officially recognized by the Vatican.

Yet Branstad also remains a 32nd degree Mason and “Knight Commander of the Court of Honor” of the (US) Southern Jurisdiction of the Scottish Rite, a Masonic body known until relatively recently for its rather open hostility to the Catholic Church.

It’s also worth noting that while Masonry is in a steep decline in much of the English-speaking world, in parts of Europe (such as France) and Latin America it continues to grow, have influence and advance the business and political careers of its initiates.

Catholics may recall the story of the courageous late French police colonel Arnaud Beltrame, who voluntarily exchanged his life for an Islamist prisoner in 2018, and who was still nominally a member of the Grand Lodge of France at the time of his execution but was increasingly drawn to his Catholic faith before his death.

(Some have even called for his canonization, saying that what matters are his actions in his last hour, as a kind of martyr.)

Inside the Vatican‘s hallmark has always been fidelity to the Magisterium, and also scrupulous attention to the facts.

Yes, we recognize that Freemasonry is a very heterogeneous phenomenon around the world, and even includes, in most of Scandinavia, a Christian-only form of Masonry that is a kind of Lutheran confraternity very different from lodges in other parts of the world.

At times, Catholics have indeed been too quick to give credence to questionable or unreliable anti-Masonic exposés. However, the Church’s official position on all forms of Masonry remains unchanged, though clearly it is being flouted more and more without consequence.

We should remember the Roman legal maxim that custom is the best interpreter of laws.

It seems those who wish to alter the Church’s position think they may have found a pathway to regularization, step by de facto step.