By Becky Derks With G. Galazka, CNA and CNS Photos

Pope Accepts Resignation of Cardinal Barbarin as Archbishop of Lyon

The Vatican announced that Pope Francis has accepted the resignation of Cardinal Philippe Barbarin as archbishop of Lyon after his recent acquittal at the conclusion of his appeal of a 2019 conviction of failing to report abuse.

January 30 the French cardinal was acquitted of last March’s conviction of failing to report the sexual abuse of a minor by a diocesan priest. He had received a six-month suspended prison sentence.

Barbarin, 69, had submitted his letter of resignation to Pope Francis after his initial conviction in March 2019, but it was not accepted, pending his appeal.

The Vatican stated at the time that Pope Francis preferred to leave “Cardinal Barbarin free to make the best decision for the diocese.”

Barbarin elected to step back from the governance of the diocese, leaving the day-to-day management to his vicar general, Fr. Yves Baumgarten. (CNA)

“Freed Because of Jesus”— Asia Bibi Shares Her Story

Asia Bibi is a Pakistani Catholic woman who was sentenced to death in 2010 for alleged blasphemy against Islam. After more than eight years in prison, she was acquitted by the Supreme Court of Pakistan in 2018.

“I was accused because of the name of Jesus and I knew I would be freed because of Jesus,” Bibi said at a Paris press conference last week.

Bibi said that during her time on death row, her faith “was always strong because I knew that God was with me, God never leaves you alone, he always accompanies you.” Together with French journalist Anne-Isabelle Tollet, Bibi has written her autobiography, Enfin Libre (“Free at Last”). The English edition is due out in September.

According to UCA News, Tollet campaigned for Bibi’s release and is the only journalist to interview her in Canada, where Bibi was granted refugee status last year.

Bibi has been living with her husband and two daughters in Canada since last May. Her refugee status is due to expire at the end of this year, and she is seeking political asylum in France. (CNA)

French Bishop: Fear the “Epidemic of Fear” More Than Coronavirus

People should be more concerned about the epidemic of fear than the coronavirus outbreak, Bishop Pascal Roland of Belley-Ars, France, has said. “More than the epidemic of coronavirus, we should fear the epidemic of fear! For my part, I refuse to yield to the collective panic and to subject myself to the principle of precaution that seems to be moving the civil institutions,” Bishop Roland wrote in a column at his diocesan website. “So I don’t intend to issue any specific instructions for my diocese. Are Christians going to stop gathering together for prayer? Will they give up going to see and help their fellow man? Apart from measures of elementary prudence everyone takes spontaneously to not contaminate others when sick, it’s not advisable to add on more,” he said. (CNA)

The Vatican is sending Archbishop Charles Scicluna and Monsignor Jordi Bertomeo to Mexico this month to meet with sex abuse victims and to strengthen the Mexican bishops’ fight against sexual abuse.

“We have tried to fight in a responsible, transparent and clear way against the culture of abuse and cover-up that allows it to perpetuate itself. This conviction, which stems from accompanying the victims in their pain, seeking justice and healing, led us to request support from the Holy See through the Apostolic Nunciature,” the Mexican bishops’ conference said in a statement March 2.

Scicluna and Bertomeo were to travel to Mexico March 20-27. This team from the Congregation of the Doctrine of Faith previously investigated the Church in Chile’s response to sex abuse allegations in 2018, which eventually led every Chilean bishop to submit his resignation to Pope Francis. (CNA)

Cardinal Re Claims Cardinal Zen is at Odds With John Paul II, Benedict XVI on China

The newly-appointed Dean of the College of Cardinals purportedly sent a letter to cardinals claiming that the China-Vatican deal represents the minds of St. John Paul II and of Benedict XVI, and that Cardinal Zen is mistaken in his opposition to the deal.

An Italian text of the letter from Cardinal Giovanni Battista Re, dated February 26, was published February 29 by La Nuova Bussola Quotidiana.

“I desire first of all to emphasize that, in their approach to the situation of the Catholic Church in China, there is a profound symphony of the thought and of the action of the last three Pontificates, which — out of respect for the truth — have favored dialogue between the two parties and not contrariety,” Cardinal Re wrote.

“Cardinal Zen has affirmed several times that it would be better to have no Accord than a ‘bad Accord’. The three last Popes did not share this position and supported and accompanied the drafting of the Accord that, at the present moment, seemed to be the only one possible,” he stated. (CNA)

Cardinal Malcolm Ranjith, the Archbishop of Colombo, Sri Lanka, has called for a full investigation into the bombing attacks on Easter Sunday, April 21, 2019. Also, he has launched a program to pray for the victims of the attacks. “The people of this country have a right to know the truth about the Easter bomb attacks,” said Ranjith on February 18. “We hope that our political leaders will work to fulfill that obligation.”

The Easter bomb attacks killed 259 people and injured more than 500. Two Catholic churches, one evangelical Christian church, four hotels, and a housing complex were hit by a total of nine suicide bombers.

The suicide bombers, who were all Sri Lankan citizens, belonged to an Islamist group known as the National Thowheeth Jama’ath. They attacked the three churches in the middle of Easter Sunday services. (CNA)

Dominicans Open Hospital in Peru to Serve the Poor

A Dominican province in Peru has converted its formation house for aspirants in Lima into a hospital.

The Hospital of the Charity of St. Martin de Porres was blessed at a dedication ceremony January 23.

The hospital is headed by Fr. Luis Enrique Ramírez Camacho and Fr. Rómulo Vásquez Gavidia, the current prior provincial.

Speaking to ACI Prensa, CNA’s Spanish-language news partner, Ramírez explained the inspiration for the hospital came from the charitable example of both their founder St. Dominic and St. Martin de Porres.

The Dominicans did not want “just to devote ourselves to academic and intellectual affairs but also to dedicate ourselves to serving those most in need.” (CNA) 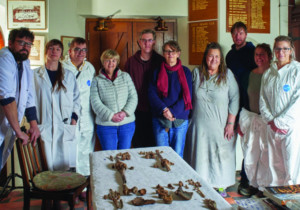 Bones discovered in England in the late 19th century are likely those of a 7th-century English saint, scientists announced on March 6. Carbon dating confirmed that human remains discovered hidden in a church wall in 1885 are from the 7th century, and are almost certainly the bones of St. Eanswythe, one of the first English saints.

Dr. Andrew Richardson of the Canterbury Archaeological Trust praised the work of the “locally-based community partnership” that had the bones carbon dated, and called the discovery “a stunning result of national importance.”

If the bones are St. Eanswythe’s, they would be the only known surviving remains of the Kentish royal house, Richardson said.

Archbishop Anthony Fisher, O.P., of Sydney, Australia, celebrated a Mass on February 20 to formally open the cause of beatification of Eileen O’Connor, the foundress of Our Lady’s Nurses for the Poor, who died at a young age. 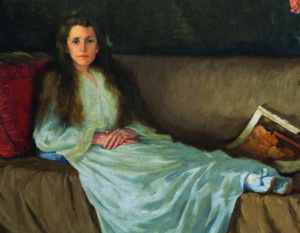 Born in Melbourne in 1892, Eileen suffered an injury at the age of three that would leave her paralyzed for some years and then confined to a wheelchair in pain for the rest of her life. Together with Fr. Edward McGrath, she founded a ministry to serve the poor in their own homes in honor of the Blessed Virgin Mary. She died at the age of 28, in 1921. “I think the youth of Eileen focuses attention far more on the brief period of her activity,” Fr. Anthony Robbie, a priest of the Archdiocese of Sydney and postulator of O’Connor’s cause, told CNA February 20.

“We’re focused much more intently on the particular luminosity of the character that the Servant of God shows under stressful circumstances, perhaps brought on above all by the physical frailties that she suffered during her life. And she’s a hidden soul in many ways, again imposed by her illness.” (CNA)