By Matthew Trojacek with G. Galazka, CNA and CNS photos 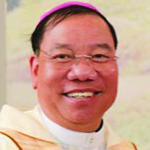 A batch of new priests from two northern dioceses in Vietnam are expected to spread the word and bring Catholic values to local people. 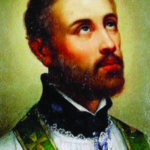 Archbishop Joseph Vu Van Thien of Hanoi ordained 15 priests at Hoang Nguyen Church in the capital on December 3, the feast of Saint Francis Xavier, patron of all foreign missions.

The new priests are in their 30s, except one who is 57. They had graduated in a variety of disciplines including electronics, English, French, history, information technology, international relations, linguistics, psychology, sociology and Vietnamese studies from local universities before finishing eight-year courses in philosophy and theology at Saint Joseph Major Seminary. (UCANews) 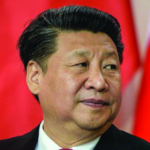 During the conference in Beijing on December 3 and 4, Xi emphasized the importance of “upholding the principle of developing religions in the Chinese context and providing active guidance for the adaptation of religions to socialist society,” according to a statement from the CCP.

Xi said China would further promote the Sinicization of religion, with a focus on strengthening control of online religious affairs, and insisted that all religious activities must be conducted within the boundary of the law, reports Xinhua news agency.

Korean St. Andrew Kim to be Enshrined in Africa 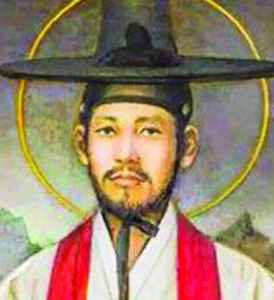 Some of the mortal remains of the first Korean Catholic priest, St. Andrew Kim Tae-gon, will be enshrined in a church in Burkina Faso in West Africa.

They will be kept at St. Joseph Church in the Archdiocese of Koupéla as the Korean Church celebrates the 200th birth anniversary of the saint who was martyred in the 19th century. 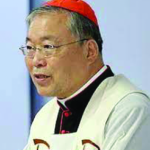 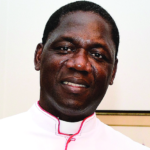 Cardinal Andrew Yeom Soo-jung, the outgoing archbishop of Seoul, delivered the relics of Saint Andrew Kim to Monsignor Julien Kaboré, charge d’affaires of the apostolic nunciature in Manila and a native of the Archdiocese of Koupéla, during a meeting in Seoul on November 23, according to a press release from Seoul Archdiocese. (UCANews) 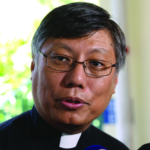 The newly installed Catholic bishop of Hong Kong late last year promised action to heal Catholics, and the wider society, divided because of the Chinese action to suppress a two-year-long protest seeking democratic freedoms. Bishop Stephen Chow Sau-yan also stressed the Church’s role in the formation of young people in the city, which has witnessed pro-democracy protests led by university students in the past two years. He said he would work harder to foster the next generation of Catholics.

“It is my desire to be a bridge between the government and the Church in Hong Kong and between the Catholic Church, fellow Christian denominations and other religions,” he told some 550 people gathered for the December 4 consecration ceremony at Immaculate Conception Cathedral. (CNS) 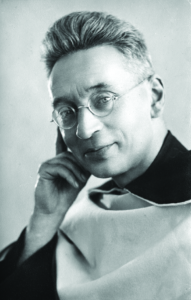 Pope Francis signed a decree recognizing a miracle attributed to the intercession of Blessed Titus Brandsma, clearing the way for the canonization of the 20th-century martyr murdered at the Dachau concentration camp.

The Dutch Carmelite friar was sent to Dachau for treason — after defending Jews and press freedom — and was killed with a lethal injection. 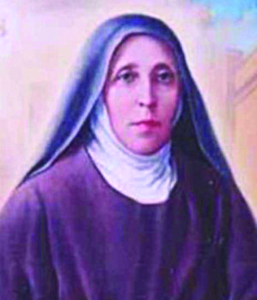 The Vatican announced Pope Francis’ decision in his case and a number of other sainthood causes on November 25. Pope Francis also recognized a miracle attributed to the intercession of Blessed Carolina Santocanale, also known as Blessed Mary of Jesus, an Italian nun born in 1852, who founded the Congregation of the Capuchin Sisters of the Immaculate of Lourdes.

Among the other decrees signed, the Pope recognized the martyrdom of five priests who were executed by members of the Paris Commune as its revolutionary government was violently crushed by the French Army in 1871.

The Vatican did not immediately announce dates for the canonization ceremonies. (CNS) 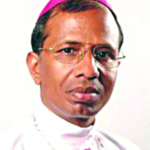 Archbishop Sebastian Durairaj of Bhopal , India, has urged authorities to end the continuing violence against Christians in the central Indian state of Madhya Pradesh. 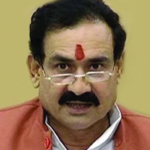 “A section of our community is feeling insecure. That is why we met Home Minister Narottam Mishra, who has assured us of appropriate action,” the archbishop is reported to have said in a video message released after his meeting with the minister on December 7.

He also appealed for action in the recent attack on St. Joseph School in Vidisha district by a 500-strong mob of Hindutva activists alleging the school management was converting students to Christianity.

Madhya Pradesh, like the rest of India, has witnessed a significant rise in violence against Christians this year. Over 300 incidents have been recorded across its 21 states, according to a fact-finding report by the Association for the Protection of Civil Rights (APCR) and United Against Hate and United Christian Forum (UCF). (UCANews)

John Paul I to be Beatified in September 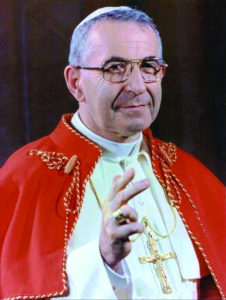 Pope Francis will beatify Pope John Paul I September 4, 2022, at the Vatican, according to Stefania Falasca, a journalist and vice postulator of the late Pope’s sainthood cause.

In October, Pope Francis had signed a decree recognizing a miracle attributed to the intercession of Pope John Paul I, clearing the way for his beatification. At the time, a date for the ceremony was not announced.

Writing December 23 in Avvenire, the daily newspaper owned by the Italian bishops’ conference, Falasca said the date had been set.

Pope John Paul I, an Italian who was born Albino Luciani, served only 33 days as pontiff; he died in the papal apartments September 28, 1978, three weeks shy of his 66th birthday, shocking the world and a Church that had just mourned the death of Pope St. Paul VI.

Although his was one of the shortest papacies in history, Pope John Paul I left a lasting impression on the Church that fondly remembers him as “the smiling Pope.” (CNS)

When a gunman entered a nearby synagogue in Texas and took four people hostage, including the rabbi, Father Michael Higgins and his Catholic parish sprang into action.

“We got a call from the police that they were looking for a safe space for the wife and daughter of Rabbi Charlie and for the spouses of the hostages out over at the synagogue,” the Franciscan friar said during his homily on January 16, the day after the attack. “We offered them a safe space.”

The family members hid at his parish, Good Shepherd Catholic Community in Colleyville, Texas, located just a minute’s drive away from the synagogue, Congregation Beth Israel. They stayed for more than 12 hours, he said, as the parish staff cared for them.

“I really want to mention this because I think it really is an indication of how well the message of how we should deal with those in need has really seeped through the community here,” Higgins said. (CNA)

Philippine Bishops: “No to Political Neutrality” 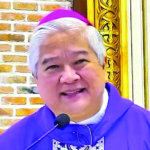 People cannot remain neutral in the battle between good and evil, Archbishop Socrates Villegas of Lingayen Dagupan and retired Sorsogon Bishop Arturo Bastes said on December 12. They were responding to critics who say the separation of Church and state means that no clergyman can endorse political candidates.

“When we are neutral and there is oppression, we end up empowering the oppressors,” Archbishop Villegas said during a Mass on Gaudete Sunday.

In an apparent dig at public support for the present government, he said that when someone becomes neutral by not denouncing death and corruption, they become an ally of sin or the murderer.

The Church has been a vocal critic of Philippine President Rodrigo Duterte and his war on drugs, which has seen thousands of drug suspects killed, as well as the deaths of activists after being branded rebel sympathizers. (UCANews)

The Catholic Church is helping evacuate and shelter thousands of people fleeing their homes in conflict-torn Kayah state in eastern Myanmar.

It is also providing food and non-food supplies to those rendered homeless in and around the state capital Loikaw, where fighting has escalated since January 6.

Myanmar’s military has continued airstrikes and artillery shelling even after two-thirds of the town’s population of around 50,000 people fled their homes, according to local aid groups. 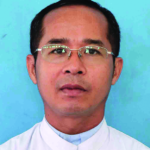 Father Francis Soe Naing, chancellor of Loikaw Diocese, said they were helping people from some parishes to move from their homes into the church compound. There were some who had arranged to move to safer areas by themselves, he added.

Around 300 people have taken refuge inside the Christ the King Cathedral compound in Loikaw. The church was providing them food, shelter and non-food items. (UCANews)