Flight from Defeat: Who Helped the Germans Escape Europe?

Flight from Defeat: Who Helped the Germans Escape Europe? 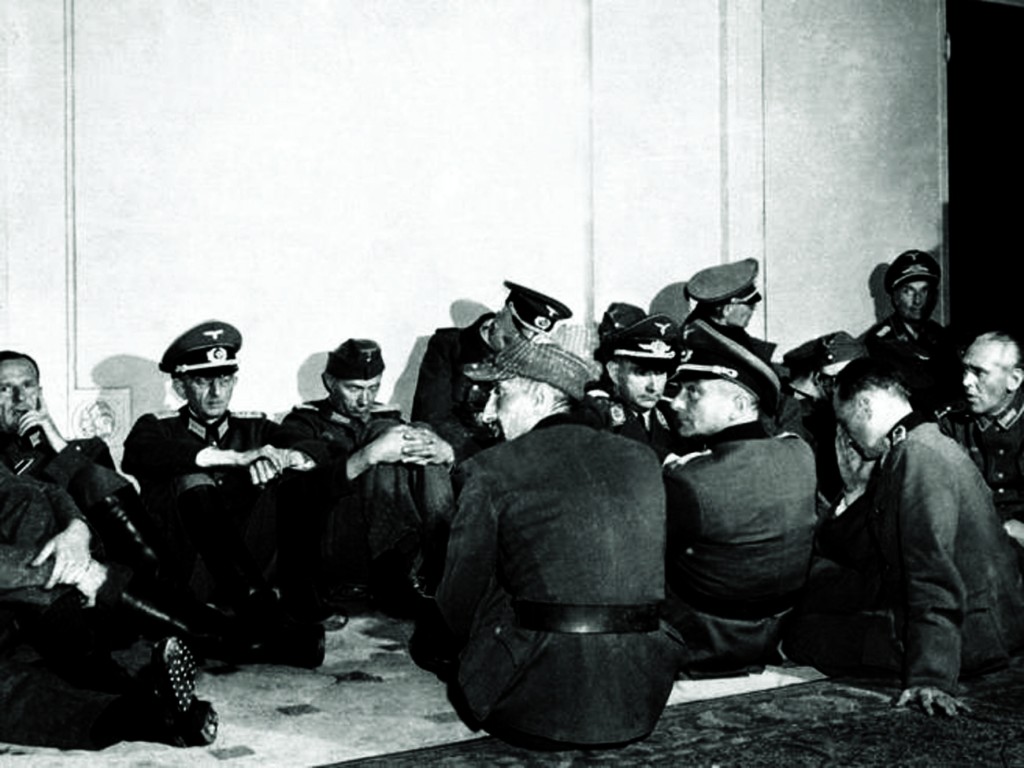 German officers who had become prisoners of war

Did the Vatican actually help Nazi criminals “on the run” at the end of the Second World War? An Italian scholar points to another “protector”

Among the accusations directly or indirectly targeting Pius XII and the Church of his time, is the one that he and the Church he led facilitated the escape of Nazi war criminals from Germany after they were defeated and occupied by the Soviets and the Anglo-Americans. But these accusations have been proven false in a recent book by Pier Luigi Guiducci, an Italian Catholic professor and scholar who teaches Church history at the Pontifical Lateran University’s “Ecclesia Mater” Institute and the Pontifical Salesian University. His book, Oltre la leggenda nera — Il Vaticano e la fuga dei criminali nazisti, Mursia, 2015 (Beyond the Black Legend — The Vatican and the Flight of Nazi War Criminals) follows an earlier work, Il Terzo Reich contro Pio XII – Papa Pacelli nei documenti nazisti, San Paolo, 2014, (The Third Reich Against Pius XII — Pope Pacelli in Nazi Documents). In both, Guiducci provides evidence against accusations that the Pope was a sort of “supporter” of the Hitler regime. He also takes the opportunity to describe the work that the Church and Catholic circles did in favor of thousands of refugees, interned, returnees and internally displaced persons, with a key distinction: while the refugees were virtually helpless and had no choice but to seek aid and to rely on Catholic charitable institutions (parishes and other charities), the Nazis on the run had no need to resort to this kind of help. The professor explains this fact in the interview that follows. 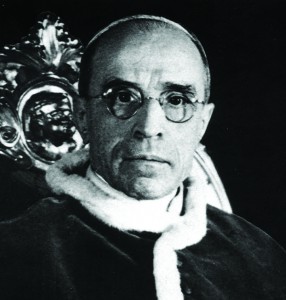 What was the starting point of your historical research?

Professor Pier Luigi Guiducci: It all starts from the drama of civilians fleeing from Soviet troops. The latter break into Germany and then converge on Berlin, with all the ensuing atrocities: rapes, summary executions, violence of every kind.

In this context, there is a dual reality: on the one hand, we have the drama of the movement of refugees, mostly civilians. They were elderly, sick, disabled, children, mentally impaired, women. They were homeless refugees, stateless persons in most cases, who could not rely on care networks. They were literally asking for charity. They then turned to parishes, convents and religious houses… an essentially Catholic network, whose help was basically free and not motivated by nationalistic considerations.

On the other hand, we have war criminals who had great resources in terms of money, valuable assets, and acquaintances. We must not forget that Germany was allied to Italy, and that the top echelons of Hitler’s establishment knew the Italian territory, with its shelters, informers, collaborators and perhaps spy networks. They did not need to rely on any parishes or religious institutions. They had their own points of reference. For example, a worldwide scoop is featured in this book: the map of the municipalities that at the time issued false IDs to these Nazi criminals. So, I repeat, this distinction between the movements of refugees and of war criminals is of paramount importance, precisely because they are two very different realities.

But then, how did these accusations against the Catholic Church, its members and its structures come about?

A series of disinformation initiatives started to come about through novels such as The Odessa File and films (“Operation Odessa”). It is ironic, then, that the Catholic Church has been accused of providing a system of protection for Nazi war criminals on the run, while little has been said of the extensive work of charity that the Church set up during and after the war. It is almost as if certain publications, in order to hide so many skeletons in the closet, have sought to divert attention to the Church by fraudulently building a “black legend.” As a result, charges were made against clergy: Cardinal Giuseppe Siri, archbishop of Genoa; Msgr. Alois Hudal, rector of the German national church of Santa Maria dell’Anima (St. Mary of the Soul) in Rome; French and Argentinian prelates. All sort of things were written, and it took me years to study documents and figure out the real situation. In the end, these charges turned out to be unsubstantiated allegations that are not supported by written documents. 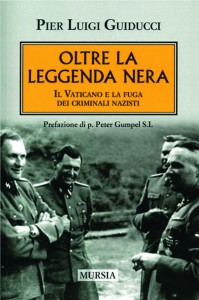 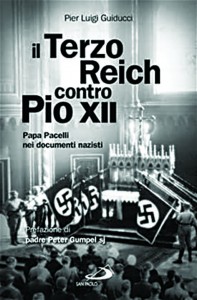 Can you provide some concrete examples?

As I said, in Genoa, Cardinal Siri came under fire for his alleged aid to fleeing leaders of the pro-Nazi Ustasha Croatian regime. Instead, these accusations against Siri proved groundless. According to these accusations, a Croatian priest named Petranović was closely associated to Cardinal Siri for the protection of Croatian criminals and so on. Actually, in the archive of the archdiocese I found an envelope precisely with the name “Petranović” on it and three letters inside, two of which are by Petranović himself. He was writing to Siri criticizing him precisely for a series of attitudes that he felt were hostile. And devoid of foundation were also the innuendos with regard to alleged obscure maneuvers of Croatian priest Don Draganovi. In essence, disinformation drives against the Catholic Church were implemented, while the works of charity and concrete assistance of the Catholic Church and its institutions for the salvation of the persecuted, especially the Jews, refugees, and displaced persons, have been hidden. For example, Pius XII had made available to these poor people the Propaganda Fide palace of Castel Gandolfo. The building was bombed. Hundreds of deaths. Then another problem was that of the sick and orphans, who needed to be taken care of. There were in fact children who had lost one or both parents. 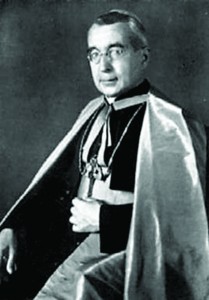 Monsignor Alois Hudal, the rector of the German national church of Santa Maria dell-Anima (St. Mary of the Soul) in Rome

And what about Msgr. Hudal?

Bishop Hudal, as already said, was based at the church of Santa Maria dell’Anima (St. Mary of the Soul) in Rome and was accused of having taken anti-Jewish stands, according to his detractors. Well, studying his file I found the defense he made of Jewish children imprisoned in an internment camp. I found this documentation not only in the archive of Msgr. Hudal, but also at the bibliographic office of the Jewish national community in Rome, the UCEI (Unione Comunità Ebraiche Italiane). We found documents where he challenges the doctrine of the Nazi ideologue Alfred Rosenberg, condemns Nazi extremism, including anti-Semitism, and condemns Aryan cults, defends the internment camp inmates because of the deplorable conditions of the camps, hides Jews in his college, and also participates in the effort to stop the roundup of Roman Jews on October 16, 1943, so as to encourage possible negotiations. 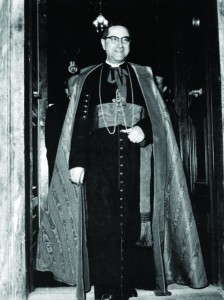 Any stories related to the war criminals on the run?

A case that I have followed in detail, thanks to the documentation provided by the United States Holocaust Memorial Museum in Washington and other institutions, is the war criminal Klaus Barbie, the Gestapo chief of Lyon in France. Barbie escaped through Genoa and many have said he was supported by members of Catholic circles. Instead, declassified documents showed that Barbie had become a collaborator of the allies. In other words, he was a confidant of the US and his false IDs were provided by the United States. They were not provided, as someone wrote, by members of the Catholic Church. Ultimately, the members of the Nazi regime had forged documents; they presented themselves with new identities. We must ac­knowledge that the war criminals did enjoy a number of protections with which the Catholic Church had absolutely nothing to do. We began to know something about these protections after the opening of some archives, especially after 2000. And once these archives were opened, surprises started to crop up. Thus we discovered that Nazi (and not only Nazi) war criminals were received in Spain. Others, for example, found remarkable protection in Austria. But even more shocking is the protection that the Nazis received from the United States. 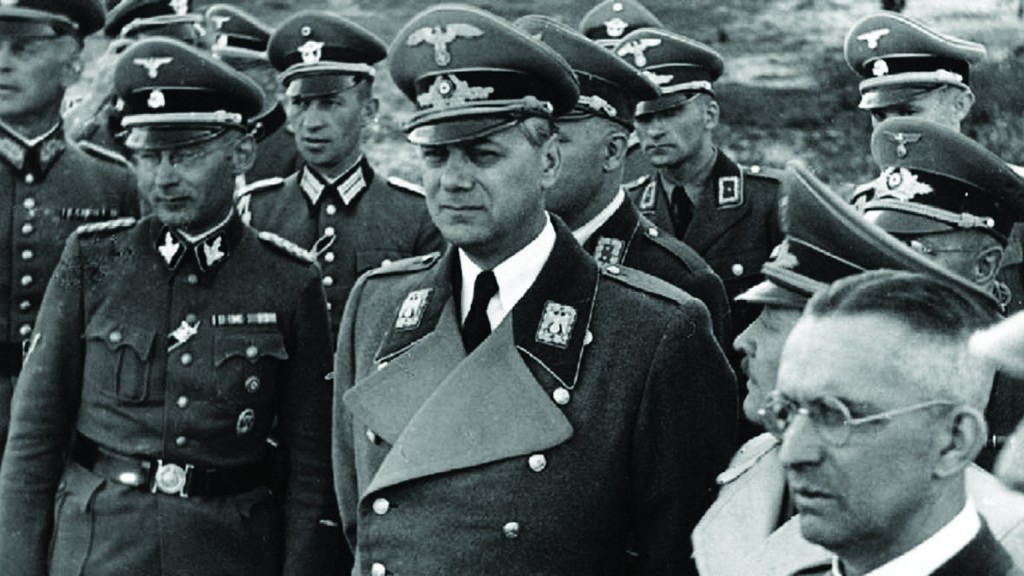 Can you give examples of this US “protection”?

Again, what I am telling are not mere opinions, but facts resulting from historical research. Written documents show that the United States set up the secret services of then-West Germany in an anti-Soviet function, even by resorting to former Nazi staff. It took me years to read the thousands of pages of so many files, and I found out that more than 1,000 ex-Nazis were recruited by the Americans to go to the US and make their technical expertise available. Another fact even more incredible: the protections granted by the US to Japanese war criminals. The Japanese also specialized in biological warfare, a field in which their studies were more advanced than those of their American colleagues. In order to make sure that they could lay their hands on the files concerning the bacteriological warfare, the US authorities guaranteed immunity to Japanese war criminals. The end result is all the more stunning: some of these criminals even managed to occupy important public positions. Other countries where the Nazi war criminals found refuge were those of South America and the Middle East. In Argentina, the Nazis had a remarkable organization (a study of mine is about to be published about this). In the Middle East, very many leaders were allies of the Nazis. An example: the Grand Mufti of Jerusalem, who was anti-Jewish and anti-British. Another astounding discovery is that if you study the history of Interpol, the international police organization, you will see that a number of pro-Nazis were part of this organization, and they hindered the search for criminals.