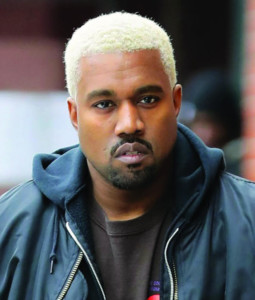 “Now that I’m in service to Christ, my job is to spread the Gospel, to let people know what Jesus has done for me”

Kanye West, the American rapper, singer, song- writer, record producer, entrepreneur, and fashion designer, has recently been acclaimed by Catholics and Christians everywhere for his new album entitled “Jesus is King,” and for his conversion to Christianity. In a picture that went viral, his wife, Kim Kardashian, was seen wearing a traditional lace veil while praying in an Armenian Orthodox church service. As Kanye told New Zealand media personality Zane Lowe in a recent interview:

Here Kanye echoes St. John the Evangelist’s assurance that “The Truth will set you free” — a touchstone of Christianity. St. Augustine’s Confessions centers around this very theme: that sin enslaves man, while God, who is The Truth, sets man free. Kanye and his wife have chosen to christen their four children in the Orthodox Armenian Apostolic Church, a public testament to their Faith. Throughout his career, commentators have noted Kanye’s Christian undertones, with songs such as “Walking with Jesus” suggesting Kanye’s recent conversion to Christianity was the result of a prolonged period of searching for something larger than himself, a deeper meaning to his life.

More than a set of binding rules and regulations, religion gives us a sense of meaning and belonging to a community. Kanye’s adoption of Christianity, while still a member of the decidedly post-Christian American music scene, is an example to the world that each one of us can seek, and find, this “pearl of great price” no matter our circumstances or our past — and find the strength to embrace it even in the midst of hostile surroundings.