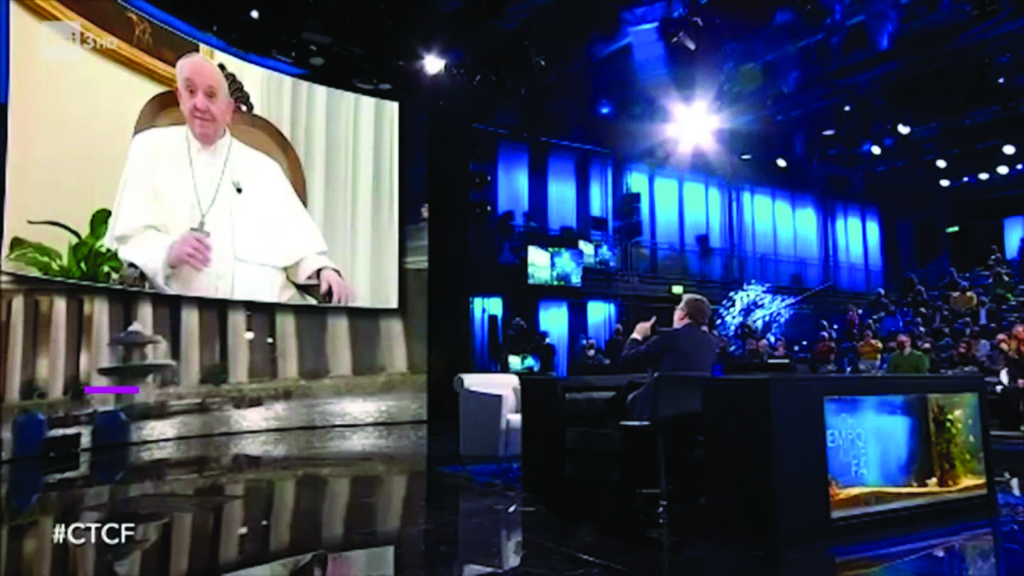 In the interview, Pope Francis lamented what he called a “culture of indifference” to the sufferings of migrants and the trafficked. “But what is done with migrants is criminal. To get to the sea they suffer a lot. There are videos on the concentration camps, I use this word seriously, concentration camps in Libya, the concentration camp of traffickers. What do those who want to flee suffer in the hands of traffickers… Then they risk crossing the Mediterranean. And then, sometimes, they are rejected, for someone who has the local responsibility and says ‘No, they don’t come here’; and there are these ships that go around looking for a port: ‘No, let them come back and die on the sea.’”

Asked about ecological concerns, Pope Francis responded, “We know what a deforestation policy means: it means less oxygen, it means climate change, it means the death of biodiversity, it means killing Mother Earth and not having that relationship that the aboriginal peoples, the original peoples have with the Earth, which they call “the good to live ”…that is, living in harmony with the earth.”

The Pope went on to answer a question about the goodness of men, saying, “God made us good but free. And that freedom is what is capable of doing harm. That freedom is capable of doing so much good and also so much evil. We are free, aren’t we? In the myth of Creation it is written: ‘Do not do this, because this would happen. And you did this, and you get sick.’ And as [God] made us free, we are masters of our decisions and also of making bad decisions. This is the freedom that God has given us.”

On a personal note, Mr. Fazio asked the Pope if he ever feels alone, and if he has personal friends. “For this,” replied Francis, “is one of the reasons why I did not go to live in the pontifical apartment, because the Popes who were there before were saints and I don’t get along so well, I’m not so holy. I need human relationships, which is why I live in this hotel in Santa Marta where there are people, you talk to everyone, you find friends. It’s an easier life for me. “