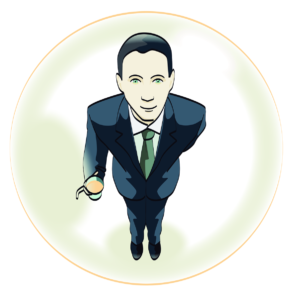 The year 2019 was memorable for a favorite Italian aperitivo: the sparkling white wine called prosecco. Its terroir, the region it comes from, is the Veneto province between the towns of Conegliano and Valdobbiadene, north of the city of Treviso, and into parts of the region Friuli-Venezia Giulia. On July 8, the region was named a UNESCO World Heritage Site. The UNESCO designation reads: “The landscape is characterized by ‘hogback’ hills, ciglioni — small plots of vines on narrow grassy terraces — forests, small villages and farmland… Since the 17th century, use of ciglioni has created a particular chequerboard landscape consisting of rows of vines parallel and vertical to the slopes. In the 19th century, the bellussera technique of training the vines contributed to the aesthetic characteristics of the landscape.”

The first recorded mention of the name prosecco dates several centuries back to the memoirs of Fynes Moryson, an English gentleman traveler who visited this area of Italy as part of his “Grand Tour” (the name given to a cultural tour of the European continent, often made by aristocratic Europeans as young men in their 20s) in 1593. However, this sparkling white wine was apparently a favorite of the ancient Roman historian Pliny the Elder for the medicinal quality of its fizz. Today the biggest fans of this drink, growing by leaps and bounds in popularity, are the British (consumption doubled in 2013-2014) followed by the Americans.

The Hills of Conegliano and Valdobbiadene are the 8th UNESCO World Heritage Site in the Veneto region, the 55th site in Italy, and the 10th site in the world in the category of “cultural landscape” in recognition of their unique interaction between man and the environment.

As can be imagined from its name, we owe the spritz or the spritz veneziano to the Austrians who ruled the Veneto from 1815 to 1866. It seems that the Austrians found Venetian wine too strong so they diluted it with a spritzen or sprinkling of water to make it more drinkable. Today the spritz in Italian cocktails is not water; it’s prosecco.

After the Veneto was relinquished to the newly-formed Kingdom of Italy in 1870, bitter herbal liqueurs were gradually added to give the drink a bit of a kick, the way gin was added to the Americano. Another turning point took place in 1920 when, according to www.selectitaly.com, “the Barbieri brothers of Padua invented their aperol bitter using orange, rhubarb and gentian and the neon-orange Aperol spritz was born, made from 3 parts prosecco, 2 parts aperol and 1 part soda water with a large green olive on a stick as a garnish.”

Today Aperol spritz is one of the most commonly drunk aperitivi in Venice. It’s the archetypical Venetian pre-dinner drink, and in the watery city alone, an estimated quarter of a million are drunk every day! And in the last 10 years, the Aperol spritz has enjoyed a stratospheric rise in international popularity as an Italian alternative to Pimms, rosé wine and other summer cocktails. In my opinion that is exactly the point: the aperol spritz is the perfect summer cocktail, while the Negroni is perfect in winter. Therefore I have to disagree with Jennifer Finney Boylan, who in “The Negroni is 100 Years Old — and the Perfect Cocktail for 2019,” wrote in The New York Times on June 12 that the aperol spritz “is not a good drink.” She’s wrong; it’s a seasonal drink!

Although seasonal as well because of its higher alcoholic content, “The Negroni,” wrote Carlo Ottaviano in “Negroni, 100 Years of Taste: In the US it Beats the Aperol Spritz” in Il Messaggero on June 14, “is the synthesis of Italy; born in Florence, to make one you need red vermouth from Piedmont; it was the symbol of Rome’s Dolce Vita and thanks to the ‘Erroneous Negroni’ it has a pinch of Milan.” His thesis would have been more accurate if he’d said that the “Negroni” and “aperitivi” are the synthesis of Northern Italy. For digestivi or the, for the most part, sweet after-dinner digestion aids, except for Grappa from the once-Austrian Veneto and the unbeatable Milanese Fernet Branca, are the synthesis of southern Italy with its long summer romantic suppers consumed on rooftop terraces: “Sambuca” in Rome, “Limoncello” everywhere but especially around Naples, “Liquirizia” in Calabria, “Mirto” in Sardinia, and “Averna” in Sicily, to name just a few. But digestivi are another story. In the meantime, Cin! Cin! — especially during the Christmas holidays, when prosecco is perfect on its own, an undisputable universal favorite! 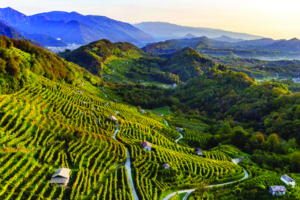 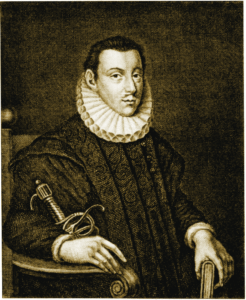 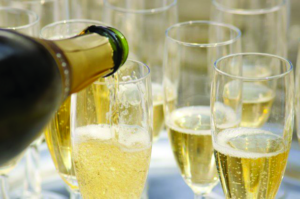 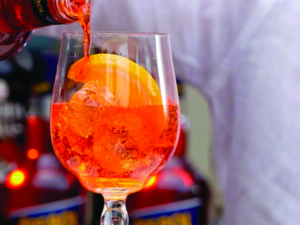 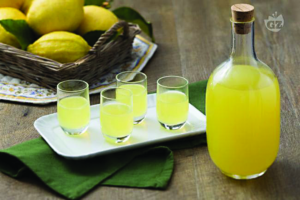 From left: the vineyards of northern Italy awarded by UNESCO, the traveler Fynes Moryson, “Prosecco,” “Spritz,” and “Limoncello”