Is blessing homosexual unions another step toward schism? 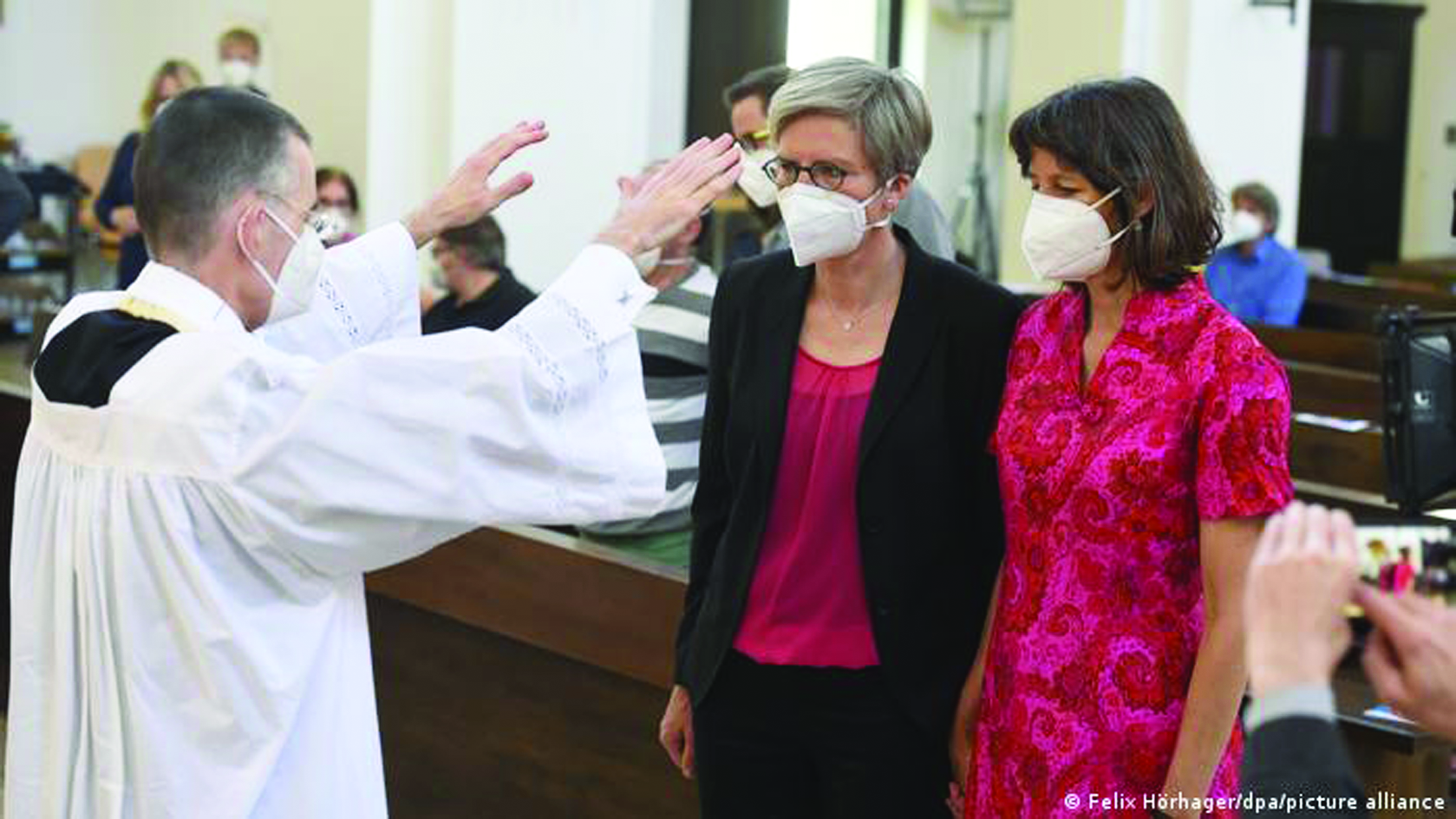 Priests and Church officials in Germany thumbed their noses at the Vatican May 10 by holding blessing ceremonies of various types for same-sex couples in 80 cities.

The blessings were given in defiance of the Congregation for the Doctrine of the Faith’s March 15 pronouncement that the Church does not have the power to bless same-sex unions.

The ceremonies, known as “Segnungsgottesdienste für Liebende,” or “blessing services for lovers,” were promoted using the hashtag “#liebegewinnt” (“love wins”). But CNA Deutsch reports that it was difficult to say how many such couples participated; there seemed to be only a “modest number” in most places.

The backlash prompted bishops in other countries to express fears that the German Church was heading for schism. They included English Bishop Philip Egan, Australian Cardinal George Pell, and Italian Cardinal Camillo Ruini.

Cardinal Joseph Zen, the former bishop of Hong Kong, added his name to an appeal, launched in Portugal, asking Rome to take action to stop a “schism” in Germany.

Helmut Hoping, a professor of dogmatic theology at the University of Freiburg, told CNA Deutsch that some of the priests conducting blessings “also openly advocate opening the sacrament of marriage to same-sex couples in the medium term.”

The theologian also spoke of “schismatic tendencies” in the Church in Germany, saying that “in several areas of Church doctrine and discipline, communion with the pope is being severed, for example when priests violate the clear ‘no’ of the Congregation for the Doctrine of the Faith to blessings of same-sex couples, which was published with the approval of the pope, and when bishops declare in advance that they generously tolerate this or declare such blessings theologically possible and pastorally necessary.”

Fr. Gero Weishaupt, a judicial vicar in the Archdiocese of Cologne and scholar of canon law, in an interview with CNA Deutsch also warned of movement toward schism: “And one can ask oneself whether it is not already latently realized,” he commented.

But in a May 6 interview with ACI Stampa, 60-year-old German bishops’ head Georg Bätzig insisted that the Church in Germany remained close to Rome.

He said: “It is absolutely clear that there are matters that we can only discuss at the level of the Universal Church. We will contribute from Germany with our reflections.”

“However, I would like to reject the accusation repeatedly used of us being schismatics or of wanting to detach ourselves as the German national Church from Rome. Our bond with Rome and the Holy Father is very tight.”

Two weeks after the “blessings” took place, an article by German Cardinal Gerhard Müller appeared in the journal First Things in which the former head of the Congregation for the Doctrine of the Faith reiterated that “the Church has no authority” to bless homosexual unions. He explained:

The nuptial blessing is closely connected with marriage as an institution of creation and a sacrament instituted by Christ. The nuptial blessing is the powerful prayer of the Church for the bride and groom that they might participate in salvation: that their marriage might build up the Church and promote the good of the spouses, their children, and society (Lumen Gentium 11).

The nuptial blessing is unlike other blessings and consecrations. It cannot be separated from its specific connection to the sacrament of marriage and applied to unmarried partnerships or, worse, misused to justify sinful unions.

After then repeating the doctrinal congregation’s judgment, he went on:

It beggars belief that bishops and theologians are suddenly insisting upon the pastoral urgency of blessing homosexual couples in areas where for many months believers were deprived of the consolation and the grace of the sacraments during the coronavirus. This fact shows how low the dogmatic, moral, and liturgical water table has sunken…

The scandal in Germany is thus not about individuals and their consciences. Nor does it signal concern for their temporal and eternal salvation. Instead what we are witnessing is the heretical denial of the Catholic faith in the sacrament of marriage and the denial of the anthropological truth that the difference between men and women expresses God’s will in creation.