Socialism and Communism: Making a Comeback?

Socialism and Communism: Making a Comeback? 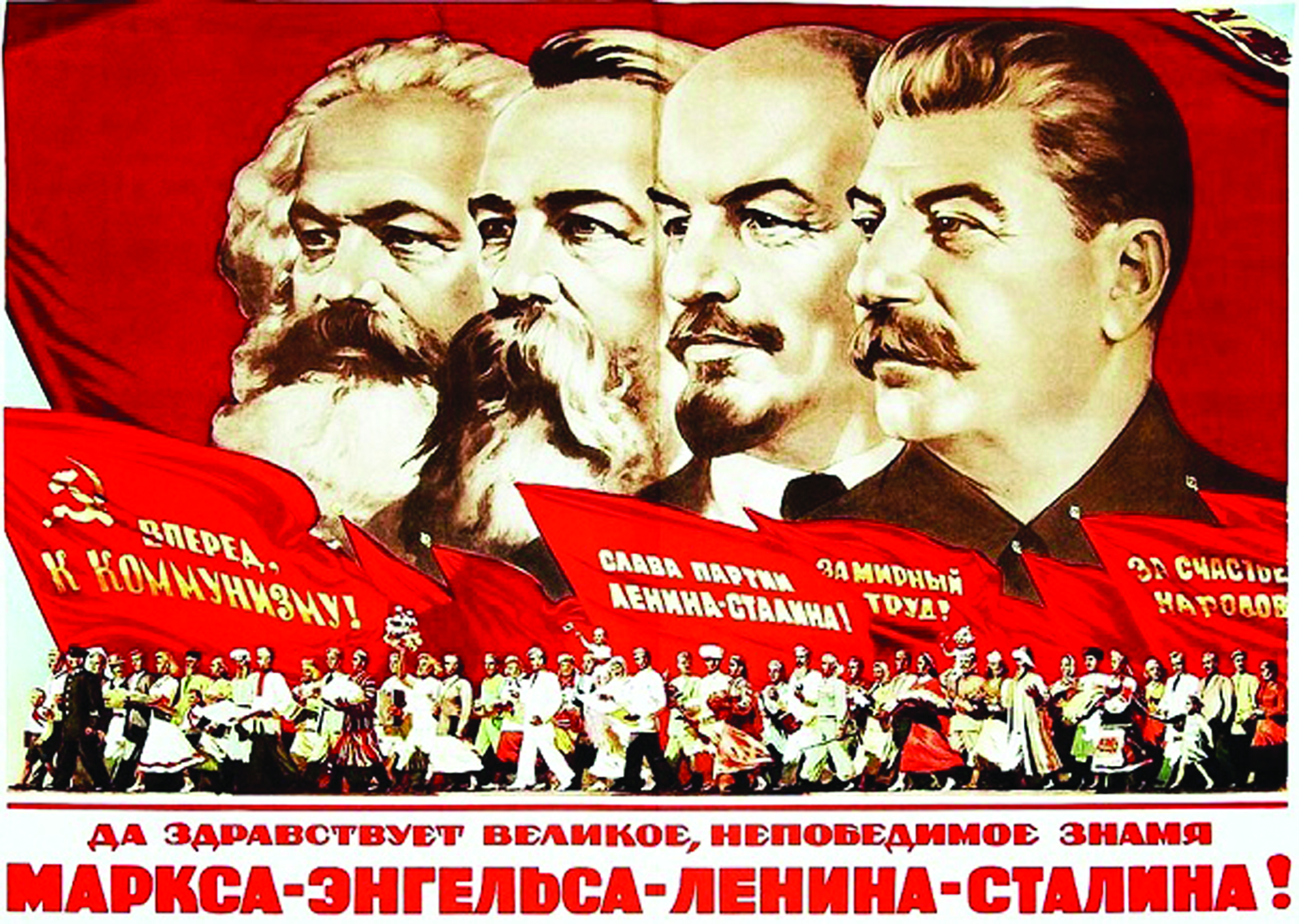 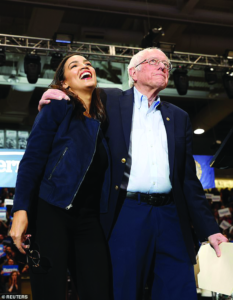 Some 69% of American “ Millennials” (those born between 1981 and 1996) have a positive view of socialism and communism, casting millions of votes for lifetime socialist Bernie Sanders and “Democratic socialist” Alexandria Ocasio-Cortez

Polls show that many Americans aged 18-29 prefer socialism over capitalism. A major study by the Pew Research Center found that 49% of these Americans have a positive view of socialism, exceeding the 43% with a positive view of capitalism. In 2015, Gallup turned up a gem, learning that 69% of Millennials said they would be willing to vote for a socialist as president of the United States. In 2016 and 2020, many did just that, casting millions of ballots for lifetime socialist Bernie Sanders in the Democratic Party primary. This support isn’t unique to Sanders. The chairman of the Democratic National Committee points to self-identified “democratic socialist” Alexandria Ocasio-Cortez as “the future of our party.” Quite remarkably, the editor of the National Catholic Reporter calls Ocasio-Cortez “the future of the Catholic Church.” Worse still, the leading Jesuit publication in the United States, America Magazine, in July 2019 published an article titled, “The Catholic Case for Communism.” 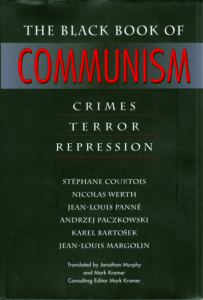 Many people don’t know of the malignant track record of these ideologies. They don’t know how deadly communism is—an atheistic ideology that, according to the 1999 Harvard University Press work, The Black Book of Communism, was responsible for at least 100 million deaths in the 20th century. Some estimates rise as high as 140 million—more than double the combined death tolls of World Wars I and II. Alexander Yakovlev, Mikhail Gorbachev’s chief reformer, estimated that Joseph Stalin alone “annihilated 60 to 70 million people.” And yet, a study by the Victims of Communism Memorial Foundation finds that 28% of Americans believe that former president George W. Bush was responsible for more deaths than Stalin—a stunning assertion. The survey also revealed a disturbing percentage with positive views of Vladimir Lenin and Mao Zedong, the latter credited with more deaths than even Stalin. A November 2019 survey by Victims of Communism showed that 36% of Millennials say they approve of communism, and 22% believe “society would be better if all private property was abolished.”

All of which begs some key questions: How do people define socialism and communism? What are the differences? Why are young people supporting these destructive ideologies condemned not only by the Western democracies but also by the Roman Catholic Church?

As for young people supporting socialism, the aforementioned Reason-Rupe survey found that Millennials describe the ideology as one of “people being kind” or “being together.” They view socialism as a “social safety net” where a benevolent government “pays for our own needs” — “free” college, “free” healthcare, “free” daycare, “free” pre-daycare, etc.

The exact opposite is true. The reality heaped atop reality is that nothing is “free.” These things aren’t funded by a vast field of money trees or a magic money fairy. No, the money must be produced and collected.

So, alas, what is socialism? Does it have anything to do with communism?

Many of those rallying to the socialist flag have the same questions. In 2015, the word “socialism” was the most looked-up word at Merriam-Webster.com. “Socialism,” states MerriamWebster concisely, “is government ownership of the means of production.” That’s an accurate definition.

The World Socialist Party declares its socialist objective as this: “The establishment of a system of society based on the common ownership and democratic control of the means and instruments for producing and distributing wealth. . . . We call this ‘common ownership,’ but other terms we regard as synonymous are communism and socialism.” 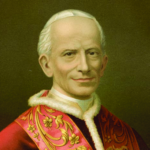 Bear in mind that this is a world away from a social democracy, or a generous welfare state, or government-provided refuse collection or healthcare or rail service or road paving. Socialism and communism involve extreme levels of government management and ownership. There is a massive difference between a Denmark and a Cuba, a France and a North Korea, a Sweden and a Venezuela. 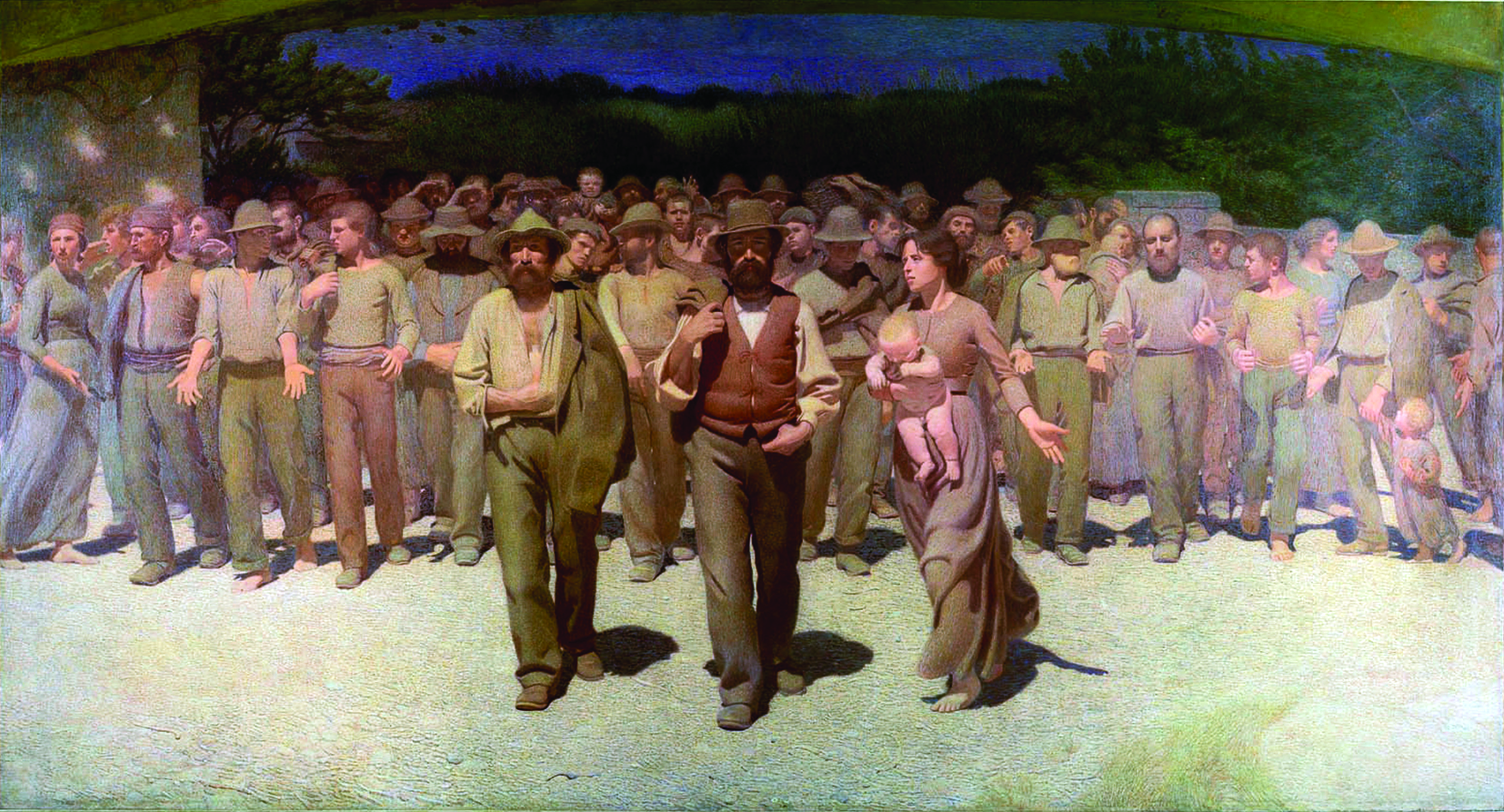 In strict Marxist theory, socialism is a way-station along the path to full communism. History, according to Marxist-dialectic thought, would pass through a series of planes or stages, from feudalism to capitalism to socialism to communism. Each successive plane or stage would be a higher step in the evolutionary process toward a “workers’ paradise” or utopian-like “classless society.”

Why such an economic goal is perceived as the pinnacle of human development is a good question. To most people, economics and class simply aren’t that monumentally important; they’re not the centerpiece of existence. To communists and many socialists, however, this is the alpha and omega. They speak as if man truly does live by bread alone. Jesus Christ told Satan, the tempter, just the opposite. As Popes John Paul II and Benedict XVI noted, communists mistakenly assume that if society resolves a problem like economic inequality, then something closer to a New Jerusalem can follow. As both Popes observed, the principal failure of communists and socialists is anthropological. They do not understand human nature and the fact that it is not material but spiritual goods that actually make man happy.

Communism is inherently atheistic. Marx called religion “the opiate of the masses” and asserted that “communism begins where atheism begins.” Lenin said “there is nothing more abominable than religion” and that “all worship of a divinity is a necrophilia.” Atheist communists and socialists have always mistakenly felt that the answers to man’s misery are found not in God (the existence of whom they deny) but in economic materialism.

Karl Marx and Friedrich Engels published their Communist Manifesto in 1848 outlining exactly what communists planned to pursue. Marx envisioned an apocalyptic revolution leading to the overthrow of capitalism by the impoverished working class, the common people, the masses. The state would be abolished; it would “wither away.” With a classless society, class antagonisms would disappear, as would conflict, as would economic inequality, as would social inequality, and peace and harmony would follow. Moreover, this wondrous socialism would need to sweep the planet in order to work. It had to be worldwide. That was the plan, and that is no small thing. But Marx and Engels, and then Lenin and Stalin and a train of others still to this day, felt it could happen.

And yet, all along, even before the Communist Manifesto was published, no institution has battled communism and socialism like the Roman Catholic Church. In 1846, two years before the Communist Manifesto was even published, Pope Pius IX issued his encyclical Qui pluribus, which stated that communism is “absolutely contrary to the natural law itself” and would “utterly destroy the rights, property, and possessions of all men, and even society itself.” In 1849, Pius IX issued Nostis Et Nobiscum, which described both socialism and communism as “wicked theories,” “perverted theories,” and “pernicious fictions.”

In December 1878, Pope Leo XIII issued Quod Apostolici muneris (On Socialism), which characterized communism as “the fatal plague which insinuates itself into the very marrow of human society only to bring about its ruin.” He wrote: “We speak of that sect of men who, under various and almost barbarous names, are called socialists, communists, or nihilists, and who, spread over all the world, and bound together by a wicked confederacy, no longer seek the shelter of secret meetings, but, openly and boldly marching forth in the light of day, strive to bring what they have long been planning— the overthrow of all civil society.” Quod Apostolici Muneris spoke of the “pest of socialism,” the “plague of socialism,” the “evil growth of socialism,” and accused socialists of “stealing the very Gospel itself with a view to deceive more easily the unwary.” These socialists “distort it [the Gospel] so as to suit their own purposes.”

In 1891, Leo XIII would issue Rerum Novarum. This classic is a favorite of progressive Catholics, who seem to forget its staunch rejection of socialism. Consider this passage: “To remedy these wrongs the socialists, working on the poor man’s envy of the rich, are striving to do away with private property, and contend that individual possessions should become the common property of all, to be administered by the State or by municipal bodies.” 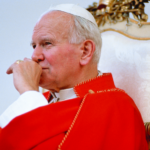 John Paul II, under whose pontificate the workers’ movement in Catholic Poland began to undermine the credibility of communism in eastern Europe, then under the control of the Soviet Union

Forty years later came Pius XI’s 1931 Quadragesimo Anno, which stated bluntly: “Religious socialism, Christian socialism, are contradictory terms; no one can be at the same time a good Catholic and a true socialist.” Above all, stated Quadragesimo Anno, those who want to help their fellow man should simply practice the Christian Gospel. There is “no reason to become socialists.” It advised: “Those who want to be apostles among socialists ought to profess Christian truth whole and entire, openly and sincerely, and not connive at error in any way. If they truly wish to be heralds of the Gospel, let them above all strive to show to socialists that socialist claims, so far as they are just, are far more strongly supported by the principles of Christian faith and much more effectively promoted through the power of Christian charity.” 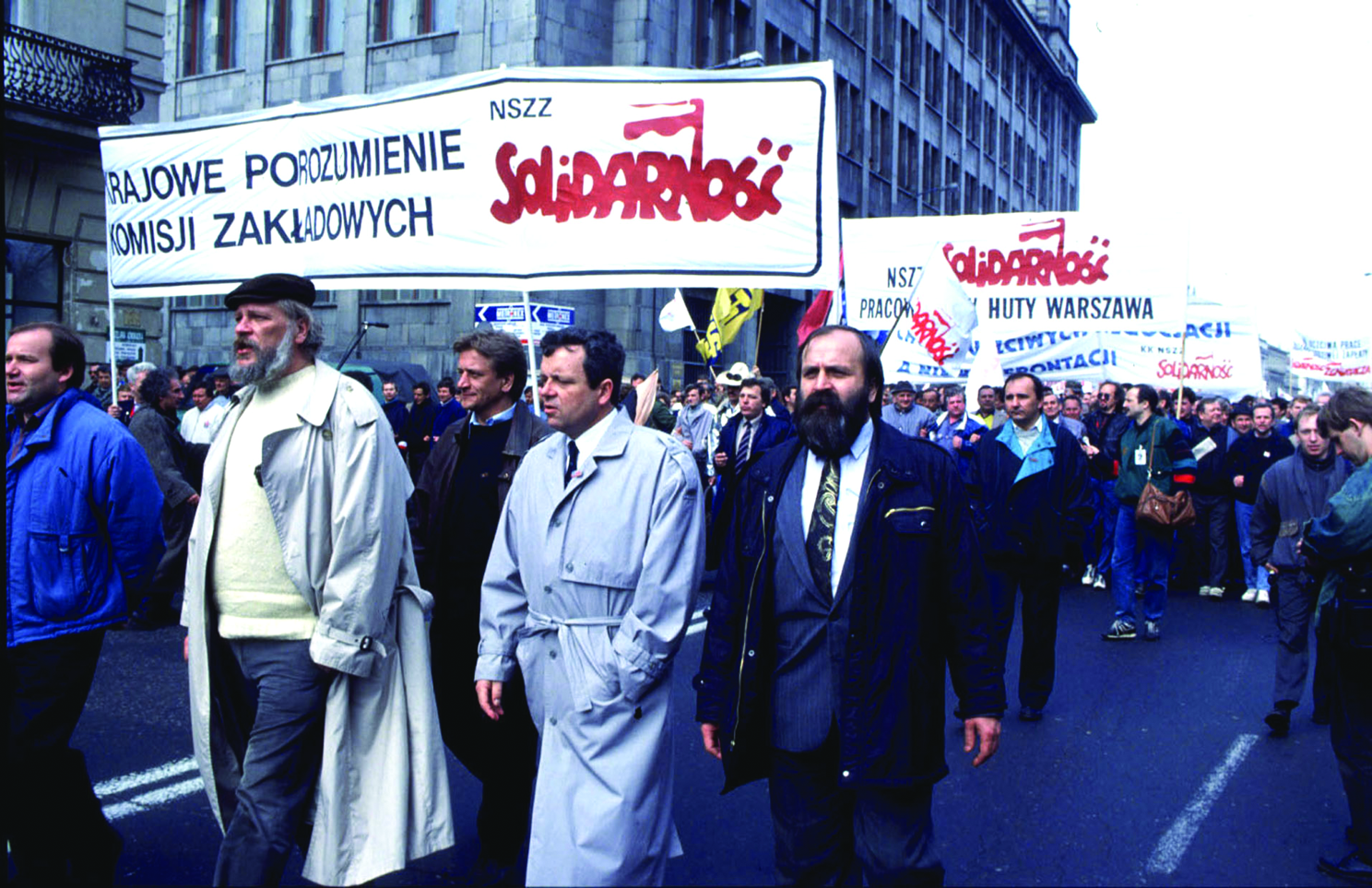 The encyclical stated emphatically: “We make this pronouncement: Whether considered as a doctrine, or an historical fact, or a movement, Socialism, if it remains truly Socialism, even after it has yielded to truth and justice on the points which we have mentioned, cannot be reconciled with the teachings of the Catholic Church because its concept of society itself is utterly foreign to Christian truth.”

Like Leo XIII, Pius XI rejected all forms of socialism, whether “moderate” or “modified.” This consistent Church teaching was echoed even by Popes considered more “liberal,” such as St. Pope John XXIII, who stated: “No Catholic could subscribe even to moderate Socialism.” (Mater et Magistra, Encyclical on Christianity and Social Progress, May 15, 1961) He noted that socialism “takes no account of any objective other than that of material well-being” and “places too severe a restraint on human liberty.”

Many more formal Vatican statements on socialism and communism intervened or followed. Most striking was Pope Pius XI’s May 1937 encyclical Divini Redemptoris (On Atheistic Communism), which referred to communism as a “satanic scourge,” a “collectivistic terrorism.” Marxists were “the powers of darkness.” “The evil we must combat is at its origin primarily an evil of the spiritual order,” said the encyclical. “The monstrous emanations of the communistic system flow with satanic logic.”

Alas, is the Church addressing socialism and communism today? Sadly, it is not.

The Vatican is virtually silent on the subject, whether in its dealings with Beijing and tragic reluctance to speak out against communist China’s human rights abuses, or the complete absence of formal papal statements on communism and socialism.

To be sure, Pope Francis said flatly in December 2013, “The Marxist ideology is wrong.” It is important that he said that, but it is unfortunate that no further pronouncements have apparently followed.

Since literally 1846, Popes have taken the lead in opposing communism and socialism, with the Vatican a reliable bulwark against these destructive ideologies. Perhaps today, in 2021 and beyond, it will be increasingly up to the laity to sound the alarm and respond— scholars, writers, publications, businesspeople, the folks in the pews. The good news is that their Church has given them a vast volume of material to equip them for the fight.