The Decline of the Church in Germany

The Decline of the Church in Germany

Two young women at a demonstration in front of the Brandeburg Gate in Berlin.

After months of internal tug-of-war among bishops and lay activists concerning the so-called “Synodal Path” in Germany, the fuse burned out and detonated vociferously with a March 15 document from the Congregation for the Doctrine of the Faith. The whole house of cards built by the progressive line of the German bishops collapsed in crashing thunder. Months of preparation and “dialogue” turned out to be a waste of time.

The “Synodal Path” checks almost all “progressive” boxes: the democratization of the Church, more laity carrying out priestly tasks, intercommunion with Lutherans, blessings of sinful ways of life, and finally the “blessing of homosexual unions.” Although the Church in Germany — or should we really begin saying the German Church? — has experienced little headwind from the Vatican recently; this time gale-force winds blew them off their feet. To the question (a “dubium”), “Does the Church have the power to give the blessing to unions of persons of the same sex?” on March 15 the Congregation soberly and succinctly replied, “Negative.”

What followed — and still continues — is a reaction of micro-apocalyptic proportions, predictably inflated by the media, within the entire institutionalized Church and lay activist groups, always eager to gain public goodwill, are rising up against Rome and the Vatican. 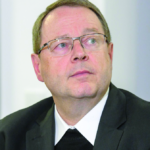 The leader of the German bishops, Bishop Georg Bätzing of Limburg.

In his own words, Bishop Georg Bätzing of Limburg “expressly” shared his lack of understanding regarding the Vatican’s “No” to the blessing of homosexual couples. The Congregation’s answer reflected the “well-known” state of Church doctrine, but would “not be able to count on a broad acceptance and a corresponding compliance,” Bätzing said in an interview. “A document that in its argumentation so blatantly closes itself off to a progress in knowledge of a theological and human-scientific nature will lead to pastoral practice ignoring it,” the head of the German Bishops’ Conference added.

Bätzing was joined by thousands of lay Germans, not only “simple faithful” (those who only read about the progressive agendas of their pastors in the newspaper days later), but also university professors and “scholars.”

In a letter published on March 15, they explained: “The ‘Explanatory Note’ to the Responsum and the ‘Commentary’ published at the same time lack theological depth and hermeneutical understanding as well as argumentative stringency. If scientific findings are ignored and not received, as is the case in the document, the Magisterium undermines its own authority.”

Through these words and statements, the wound that the German Church is to the universal Church is fully exposed and oozes its poisonous pus into the body of the faithful Church.

Since the rejection of Humanae Vitae in 1968 with the Königsteiner Erklärung, the Church in Germany has not only strayed further upon the wrong track, but has veered into a direct collision course with the Vatican. The “anti-Roman effect” sublimated in the mindset of German Catholicism since Luther has broken repeatedly to the surface, ever more often. The recent declaration was a prime example of how the Catholic Church in Germany “ticks.” 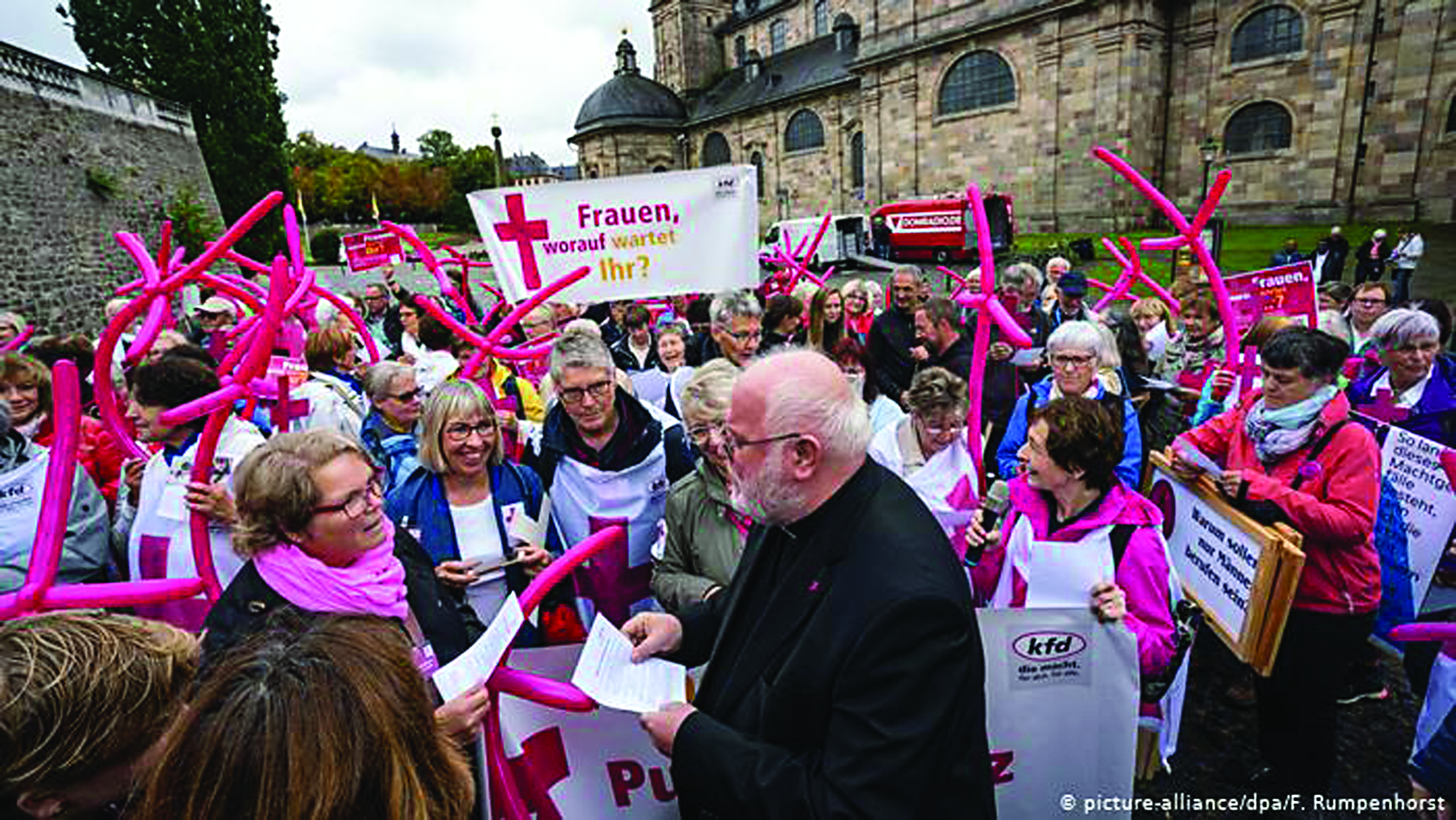 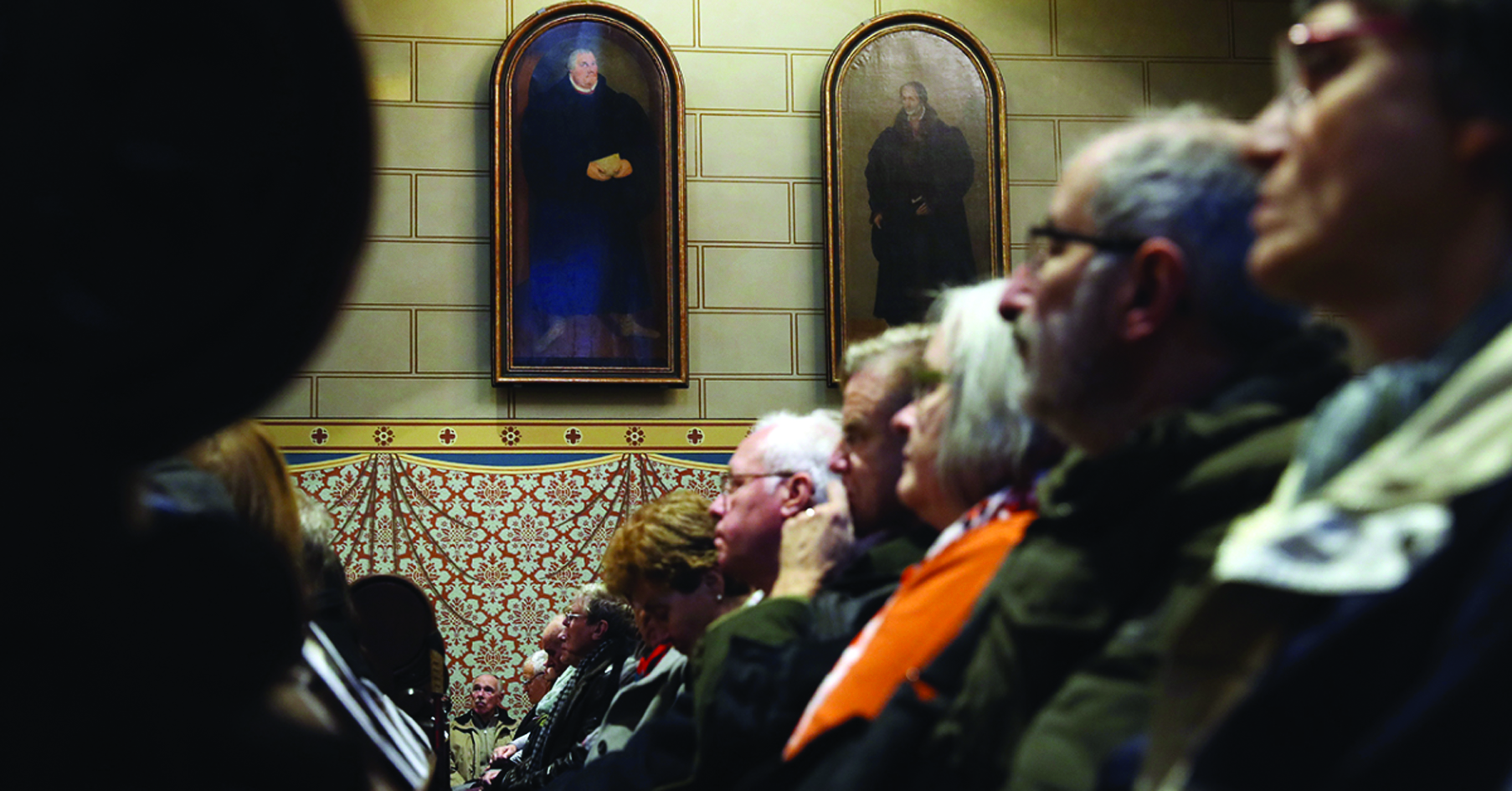 German Lutherans. There is much interest in Germany in “closer relations” between Catholics and Lutherans

This group of faithful and scolded Catholics nonetheless did receive encouragement from some not insignificant voices. Prof. Stefan Mückl, a canon and secular lawyer in Rome, commented on the canonical character of a “blessing” in Die Tagespost: “Although the text argues primarily anthropologically and theologically (sacramentally), the underlying question also involves aspects of canon law… Blessings, especially in the context of (public) liturgy, are sacramentals. … ‘Sacramentals are sacred signs by which, in some imitation of the sacraments, effects, especially spiritual, are signified and obtained by virtue of the intercession of the Church.’ (Constitution Sacrosanctum concilium, no. 60; can. 1166). If one adds the immediately following statement of the Constitution (though not incorporated into the Code) — ‘By these signs men are prepared to receive the proper effects of the sacraments’ — it becomes clear that there is an inner connection between sacraments and sacramentals.”

Mückl’s argument is that a sacrament can never seal a sin. Blessing any unnatural “union” is not something that is in the power (potestas) of the Church. Mückl also recalled that liturgical acts, such as blessings, are not of a private nature according to the provisions of Catholic canon law, but are “celebrations of the Church itself.” Only the Apostolic See can introduce new acts of blessing, interpret existing ones, and abolish or modify them in a binding manner. “All other ecclesiastical authorities — bishops’ conferences, individual dioceses, or even individual priests — are not competent in this regard.”

German Cardinal Gerhard Ludwig Müller emphasized the point even more in a commentary on kath.net, where he denounced the modern onslaught and deconstruction of the family and marriage in a larger societal context: “Human nature, creation as man and woman, is to be deconstructed first, thus destroyed, in order to be constructed and defined thereafter completely arbitrarily by whomever. What a devilish game is played here with man. A game that is diametrically opposed to the principle ‘The dignity of man is inviolable’ from an anthropological and Christian point of view. In reality, the identity of man lies first in his person as man or woman, in his language, his culture, his conscience, etc. — but not in the erotic attraction to himself, to another person, a fetish as a means of sexual self-pleasure.”

The bitter aftertaste of the vehement resistance and rebellious frame of mind in the German Church stems from the fact that the progressive agenda of many German bishops and lay groups is based on one thing and one thing alone: the proclamation of change in the Magisterium.

The mantra and invocation of “change” is repeated time and time again in the name of “pastoral care,” “closeness to the faithful,” and the “accommodation of (social) scientific progress.”

At its core this is a theatrical art of illusion that always culminates in a betrayal of the faith.

Every ostensible “change” or “adaptation” — surrender to the Zeitgeist — however small, on the part of the Pope or Rome, is touted as “progress,” completely ignoring Church Tradition and doctrine as the interpretive framework. Thus, the “possibility” of change in Church doctrine is sold to “gullible” progressive Catholics.

Then, when the Church insists on a tenet of faith that is under fire in the public social sphere (as the Congregation has done with this response), the act is interpreted as “reactionary” and “backward-looking,” reactions faithful to the principle of the promise of a progressive Church that aligns its teaching with “political correctness.” And with each wave, antipathy to Rome grows stronger. With a long list of supporters of public disobedience to the formal Magisterium, we now have in hand a roster of high-ranking individuals, all of whom (apparently) do not think and act in line with or according to the sensus ecclesiae. It remains to be seen whether Rome will address this public disobedience.

The true victims of all this are the Catholics faithful to Rome and the numerous good and faithful priests and bishops who try to teach Catholic doctrine unabridged and undiluted in the harsh context of the modern world. The most basic teachings are no longer known by the faithful, and there is real work to be done to proclaim the Good News for the edification of listening hearts. Politically calculated genuflections to political correctness do not remedy the situation, but only increase confusion and division.