The Message of the Icon: Samuel Anoints David

The Message of the Icon: Samuel Anoints David 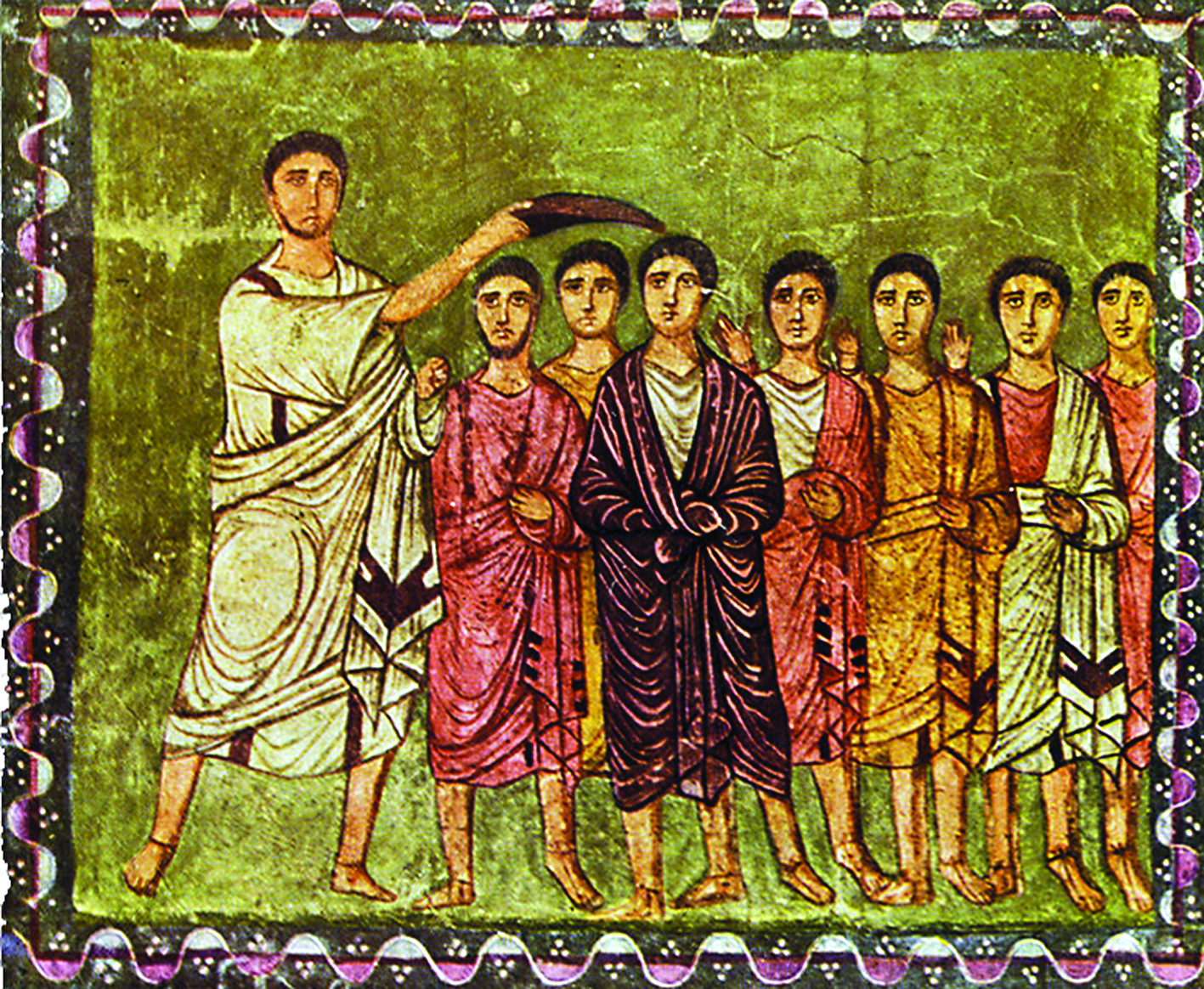 The story of the Prophet Samuel anointing David as king of Israel is well-known; after examining all the sons of Jesse, he was aware that he had not yet found the one to be named king. The youngest son was out tending sheep and, of course, no one was convinced that such a callow youth could be the one Samuel sought. But, in God’s own inimitable fashion, the least likely candidate of all was exactly the one designated by God to lead Israel to greatness. The pattern continues to this day; who would have thought that an obscure young teenage computer genius might exhibit great sanctity to the world? Yet Carlos Acutis, aged only fifteen, perhaps around the same age as David, was just beatified in October in Assisi, Italy.

But the point of this image is not a rehashing of Samuel’s career in ancient Israel or even the details of David’s reign, but rather the source of the image. The pattern of the art is very similar to later iconography, albeit in a rather more primitive style.Yet, this is not, strictly speaking, a Christian image. This painting was found on the walls of a second century synagogue! The synagogue art of Dura Europos in Syria has astounded scholars; it seems to be the oldest existing example of theological art representing the post-Temple rabbinical period of Jewish history.

A great many people, primarily of the Protestant persuasion, labor under the impression that ancient Jews rejected all image-making, taking much too seriously the injunction in the Law against making graven images. Of course, the injunction was specifically applied to the making of idols. The golden calf was out, but the images of angels on the Ark of the Covenant were directly commanded by God Himself. Later, the history of the kings of Israel reveals that the throne room of Solomon was richly decorated with tapestries depicting plants and animals in lush profusion. Solomon’s throne sported the images of lions as his armrests. What can we conclude by the historical record and the archaeology of Dura Europos?

Idols of the more benign sort, harvest gods, perhaps, were an expression of the imagination struggling to make sense of the natural order of things. Such “gods” did not actually exist save in the human mind. Other pagan deities (Moloch immediately comes to mind) were anything but benign, demanding, among other enormities, the sacrifice of infants to appease the wrath of the gods. It is difficult to believe that such “gods” had any origin other than the demonic. There may well have been some horrific manifestation to a hapless pagan at some point promising dire consequences unless certain destructive practices were devoutly followed. In short, there may well have been a reality behind such gods, but it was clearly a reality which would much better have remained unexpressed!

By way of contrast, Jewish art, and by extension its Christian successor, was limited to depicting reality, and only that reality serving to glorify the True God. The angels on the Ark were not idols nor objects of worship, but an expression of a known fact. Angels had dealt with human beings in Hebrew history and thus could be safely fashioned. Plants, animals and lions on the throne were known realities; there was no danger of mistaking them for God.

This brings us to the reality depicted by iconography: the coming of the Messiah widened the dimensions of known reality to include supernatural reality, too! And so, the holy images were so fashioned to reveal the reality of those who, like Carlos Acutis, have achieved the super-charged spiritual reality of Heaven.