“The Pope is a Man; He Suffers Like the Rest of Us”

“The Pope is a Man; He Suffers Like the Rest of Us”

An Interview With Lucio Brunelli, the Author of Pope Francis: How I Met Him 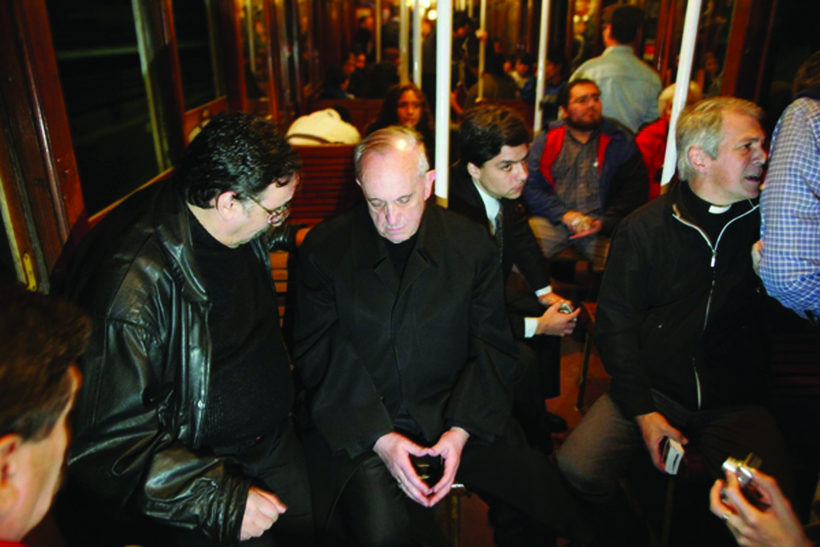 “He moved around the city by public transport, did not give interviews. I was fascinated by this figure.” 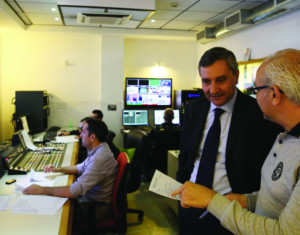 Lucio Brunelli, then the director of Italy’s TV 2000, the television station of the Italian bishops’ conference

Lucio Brunelli, journalist and Vaticanist of long standing for the Italian secular news program Tg2, then director for information at Italy’s Catholic Tv2000 network and Inblu Radio, met Pope Francis well before Jorge Mario Bergoglio rose to the papal throne. And he continued to meet with the Argentinian pontiff once the latter was elected Pope. In his latest book, published February 21, Brunelli reveals to the public a more candid face of this successor of Peter. Pope Francis: As I Know Him (Papa Francesco: Come l’ho conosciuto io, San Paolo Edizioni) is a diary of memories based on interviews, letters and phone calls. The result is an extraordinary and delicate story of friendship, a word that the author never actually uses out of deference to Francis.

You met Jorge Mario Bergoglio as a Vatican newsman for TG2, eight years before he became Pope: what was your impression?

LUCIO BRUNELLI: I knew about him from the stories of some friends: a cardinal who lived like a monk, got up at 4 a.m. to pray, refused any social life. Not only that: he moved around the city by public transport, did not give interviews.I was fascinated by this figure, but it also put me in awe: he was so austere and severe. Instead, when I met him in person, in October 2005, at the home of Gianni Valente and Stefania Falasca, in Rome, I found myself facing a man of God, certainly, but one who immediately put one incredibly at ease — meek and hilarious. He asked me if I could pray for him and I felt that it was not a clerical meeting. As he waited for me to answer, he looked at me as if at that moment my answer was the most important thing in the world for him. 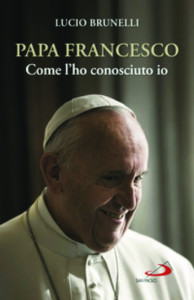 A friendship was born between you, which continued even after Francis’ election. How did the idea of this book “that was not supposed to be a book” come about?

I can’t use the term friendship; I don’t use that word with the Pope. For me, he was a father. A priest to whom, in important moments of my life, I was able to open my soul, share my thoughts, pains and joys. I retired a year ago, and felt compelled to write down some memories of our special meetings — before time wore out, alas, my memory.

I was thinking of a diary intended for my children and close friends. Then, some friends just reading these pages told me that reading them had “done them good.”

They felt they understood Bergoglio better, and convinced me to publish what I had written, leaving it in the form of a first-person story. The publisher, San Paolo, immediately believed in this project.

The Pope has experienced difficult years — in many respects, tormented — wars, an economy that crushes the poor, strong protests against him from within the Church. How does he deal with all this?

The Pope is a man: he suffers like the rest of us because of what is painful in the world and all around us.

But he is a man of God; he has had the grace to experience a profound peace that has never left him since his election.

For me, it is a mystery how he does not get stressed with all he has to think about, the complicated dossiers that he has to examine, the hatred and confusion he sometimes has to

face. For much less, I lose sleep. Instead, he “sleeps like a log.” The origin of this peace lies in that faith which perhaps, paradoxically, is his least-known dimension.

Much public opinion judges Francis not from the viewpoint of faith …

In fact, from the right and left, we look at him more as a political Pope: from the right, which supports the absurd thesis of a Pope who does not speak of God, but only of social issues; from the left, which sees him as one of the few world leaders capable of challenging the “sovereignty” movement, defending the dignity of immigrants and contesting an “economy that kills.” But Francis would be incomprehensible without his faith. He would not humanly be able to bear the impact of responsibility. Every day, he says a prayer of St. Thomas More: “Lord, give me a good mood.” He once said humor is the closest human expression to “divine grace,” because if one trusts in the good God, one learns not to take oneself too seriously — one learns to smile, especially at one’s own and others’ limits.

What are the future challenges that the Pontiff faces?

He often says that the most demanding challenge he faces is to prepare for the final encounter with the eternal Father: to arrive before Him with a serene heart and a conscience, as much as possible, ready to meet Him. Having this horizon in front of him, he feels free not to care too much about external influences, but to follow the path that, in conscience, feels more just. That is, he follows a desire for a Church that looks a little more like its Lord, and therefore is close to the people, free in the face of power, attentive to the poorest and capable of witnessing to the truth and to the meekness of Christ.

Is there a personal life “secret” with which Francis faces his mission?

The only “secret” that I managed to take away is his prayer life. This Pope, who has often been called “revolutionary,” feeds on very traditional forms of prayer: rosaries, Eucharistic adoration, novenas…

Once I confided a great sorrow to him; the next day, an envelope arrived full of holy cards with St. Joseph, St. Therese of the Child Jesus, with prayers to invoke grace in situations that seem, humanly, inextricable. The sender’s name was written on the back of the envelope with its typical minute handwriting: a single letter, F, and the address, Casa Santa Marta, 00120 Vatican City.