The Return of the King

The Return of the King

He Must Go to Jerusalem and Suffer

“From that time on Jesus began to show his disciples that he must go to Jerusalem and suffer many things at the hands of the elders, chief priests, and scribes, and that he must be killed and on the third day be raised to life. Peter took him aside and began to rebuke him. ‘Far be it from you, Lord!’ he said. ‘This shall never happen to you!’ But Jesus turned and said to Peter, ‘Get behind me, Satan! You are a stumbling block to me. For you do not have in mind the things of God, but the things of men.’

“Then Jesus said to his disciples, ‘Whoever wants to be my disciple must deny himself, take up his cross and follow me. For whoever wants to save his life will lose it, but whoever loses his life for my sake will find it. What good will it be for someone to gain the whole world, yet forfeit his soul? Or what can anyone give in exchange for his soul? For the Son of Man is going to come in his Father’s glory with his angels, and then he will reward each person according to what he has done.’”

“Thus, lest they should think His suffering unworthy of Him, not by the former things only, but also by the events that were coming on, He teaches them the gain thereof. Thus in John first, He says, Except the grain of wheat fall into the ground and die, it abides alone; but if it die, it brings forth much fruit… And see how He also makes His discourse unexceptionable: not saying at all, whether you will, or no, you must suffer this, but how? If any man will come after me. I force not, I compel not, but each one I make lord of his own choice; wherefore also I say, ‘If any man will.’ For to good things do I call you, not to things evil, or burdensome; not to punishment and vengeance, that I should have to compel. Nay, the nature of the thing is alone sufficient to attract you.” 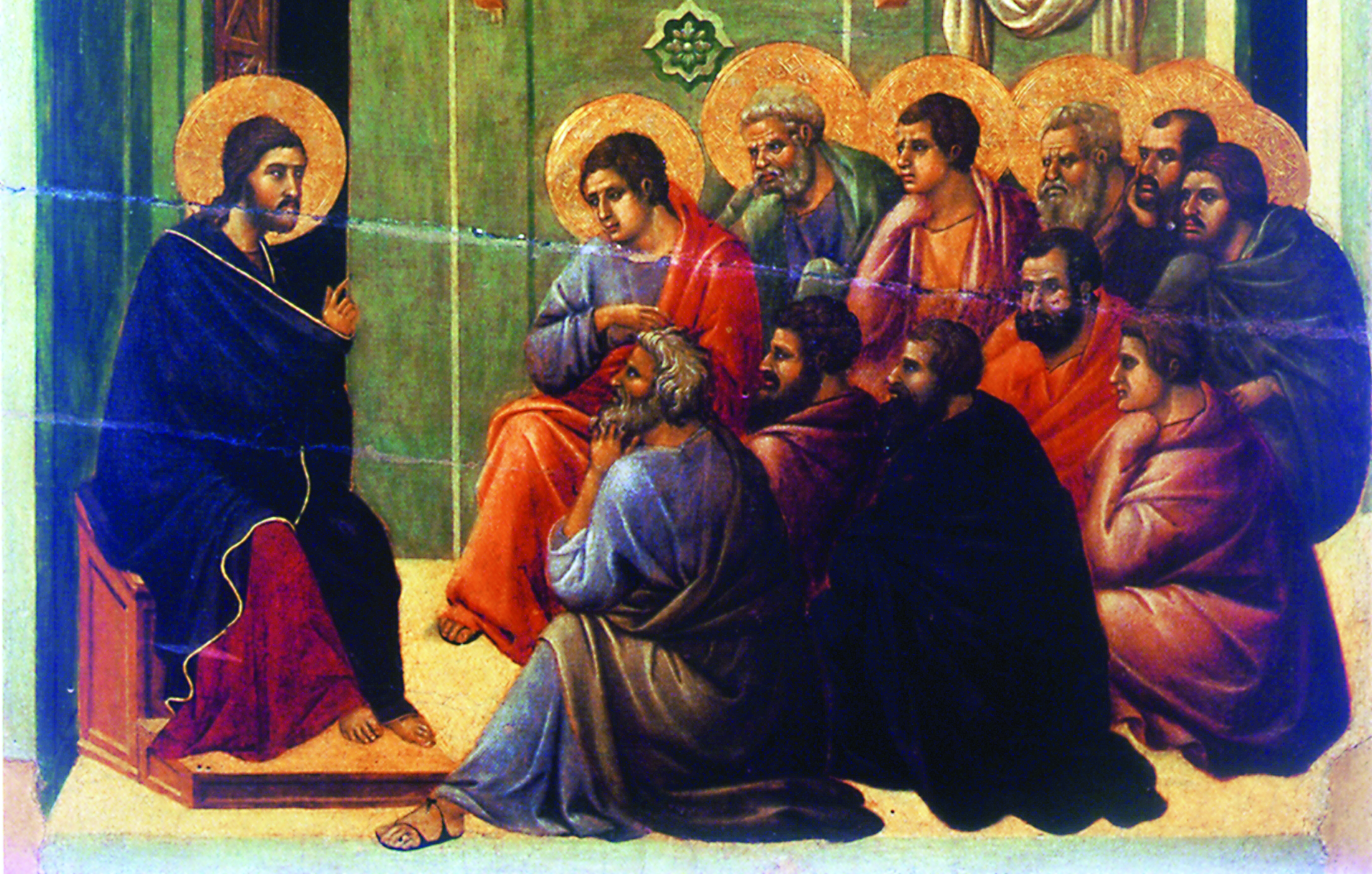 The Triumphal Entry into Jerusalem

“Now when they drew near to Jerusalem and came to Bethphage, to the Mount of Olives, then Jesus sent two disciples, saying to them, ‘Go into the village in front of you, and immediately you will find a donkey tied, and a colt with her. Untie them and bring them to me. If anyone says anything to you, you shall say, “The Lord needs them,” and he will send them at once.’ This took place to fulfill what was spoken by the prophet, saying,

Say to the daughter of Zion,
‘Behold, your king is coming to you,
humble, and mounted on a donkey,
on a colt, the foal of a beast of burden.’

“The disciples went and did as Jesus had directed them. They brought the donkey and the colt and put on them their cloaks, and he sat on them. Most of the crowd spread their cloaks on the road, and others cut branches from the trees and spread them on the road. And the crowds that went before him and that followed him were shouting, ‘Hosanna to the Son of David! Blessed is he who comes in the name of the Lord! Hosanna in the highest!’ And when he entered Jerusalem, the whole city was stirred up, saying, ‘Who is this?’ And the crowds said, ‘This is the prophet Jesus, from Nazareth of Galilee.’”

“We who have been baptized into Christ must ourselves be the garments that we spread before him. Now that the crimson stains of our sins have been washed away in the saving waters of baptism and we have become white as pure wool, let us present the conqueror of death, not with mere branches of palms but with the real rewards of his victory. Let our souls take the place of the welcoming branches as we join today in the children’s holy song: ‘Blessed is he who comes in the name of the Lord. Blessed is the king of Israel.’”

—St. Andrew of Crete, from a Palm Sunday sermon, Oratio 9 Betrayed By a Kiss

While he was still speaking, there came a crowd, and the man called Judas, one of the twelve, was leading them. He drew near to Jesus to kiss him, but Jesus said to him, “Judas, would you betray the Son of Man with a kiss?” And when those who were around him saw what would follow, they said, “Lord, shall we strike with the sword?” And one of them struck the servant of the high priest and cut off his right ear. But Jesus said, “No more of this!” And he touched his ear and healed him. Then Jesus said to the chief priests and officers of the temple and elders, who had come out against him, “Have you come out as against a robber, with swords and clubs? When I was with you day after day in the temple, you did not lay hands on me. But this is your hour, and the power of darkness.”

“Why did he do it? Some say he was too fond of money, and the offer of 30 pieces of silver was too much to resist. The Gnostic writers say he wanted to liberate Jesus from the shackles of mortality. But the Gospels tell us that Satan entered into the heart of Judas. He yielded to a temptation from the evil one. It is a mistake to think that the great privilege of living in company with Jesus is enough to make a person holy. Jesus does not force our will when he invites us to follow him along the path of the beatitudes. The only way to avoid the pitfalls that surround us is to give ourselves entirely to Jesus, to enter into full communion with him, so that we think and act as he did, in total obedience to the Father. God can turn everything to a good purpose. Even Judas’ betrayal became, through divine providence, the occasion for Jesus’ supreme act of love, for the salvation of the world.”