Seen as “breaking the stained-glass ceiling,” they will have an unprecedented influence on appointments 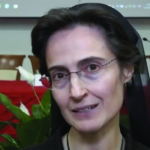 Pope Francis on July 13 appointed three women to the Vatican’s Dicastery for Bishops, fulfilling a pledge he made earlier this month that for the first time in the office’s history, women would be granted a voice in advising the pontiff on which Catholic priests to appoint as bishops across the world. 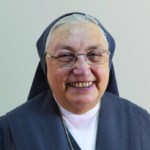 Two religious sisters (Italian and French) and an Argentine laywoman were among the names published in the Vatican’s daily bulletin announcing the new membership of the dicastery, which also includes 10 bishops and one priest. 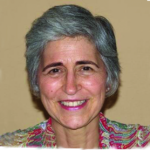 The three women were Franciscan Sister of the Eucharist Raffaella Petrini, the current secretary general of the Governorate of Vatican City State; Sr. Yvonne Reungoat, former superior general of the Daughters of Mary Help of Christians; and Maria Lia Zervino, president of the World Union of Catholic Women’s Organizations.

As members, the women will be expected to come to Rome roughly twice a month for meetings of the dicastery.

“As a woman I feel that something is due to us,” she wrote in March 2021. “I think that not enough has been done in taking advantage of the wealth of women who make up a large part of God’s people.”

“The suitability of women has been demonstrated in civil society, in the economy, in health, in education, in caring for the planet, in the defense of human rights and in many other fields, of course, as well as in the family and catechesis,” she continued.

In 2019, Reungoat was also named as a full member of the Dicastery for Institutes of Consecrated Life and Societies of Apostolic Life; all prior members had been priests and bishops. Petrini, number two in the Governorate of the world’s smallest state, oversees the administrative operations including the Vatican Museums, post office and police.

The other new members of the influential Dicastery for Bishops:

Cardinal Mario Grech, secretary-general of the Synod of Bishops;

Cardinal-designate Arthur Roche, prefect of the Dicastery for Divine Worship and the Discipline of the Sacraments;

Francis’ decision to include women in the influential department comes on the heels of his appointments of three religious sisters and one laywoman to other high-ranking posts, including Xavierian Sr. Nathalie Becquart, appointed No. 2 at the General Secretariat of the Synod of Bishops.

The appointments have been lauded by feminist and pro-female ordination groups, and seen as a sign of women “breaking the ‘stained-glass ceiling’” in the Church. But they have raised concerns in other quarters.

For example, Catholic News Service highlighted the address of Sr. Becquart to the membership of New Ways Ministry, an LGBTQ-advocacy group for Catholics whose views have been ruled as “doctrinally unacceptable” by the Congregation for the Doctrine of the Faith. In her April 3 lecture via Zoom, entitled “Synodality: A Path of Reconciliation,” Sr. Becquart told LGBTQ Catholics that “The aim of a synod is to foster communion and build a consensus,” and emphasized the need to listen to everybody, “especially those who feel they have no voice, those from the margins.”

Sr. Becquart’s new Vatican position comes with voting rights on texts debated by the Synod of Bishops — as the website FemCatholic notes, “putting her in a position to help make key decisions during the process.”