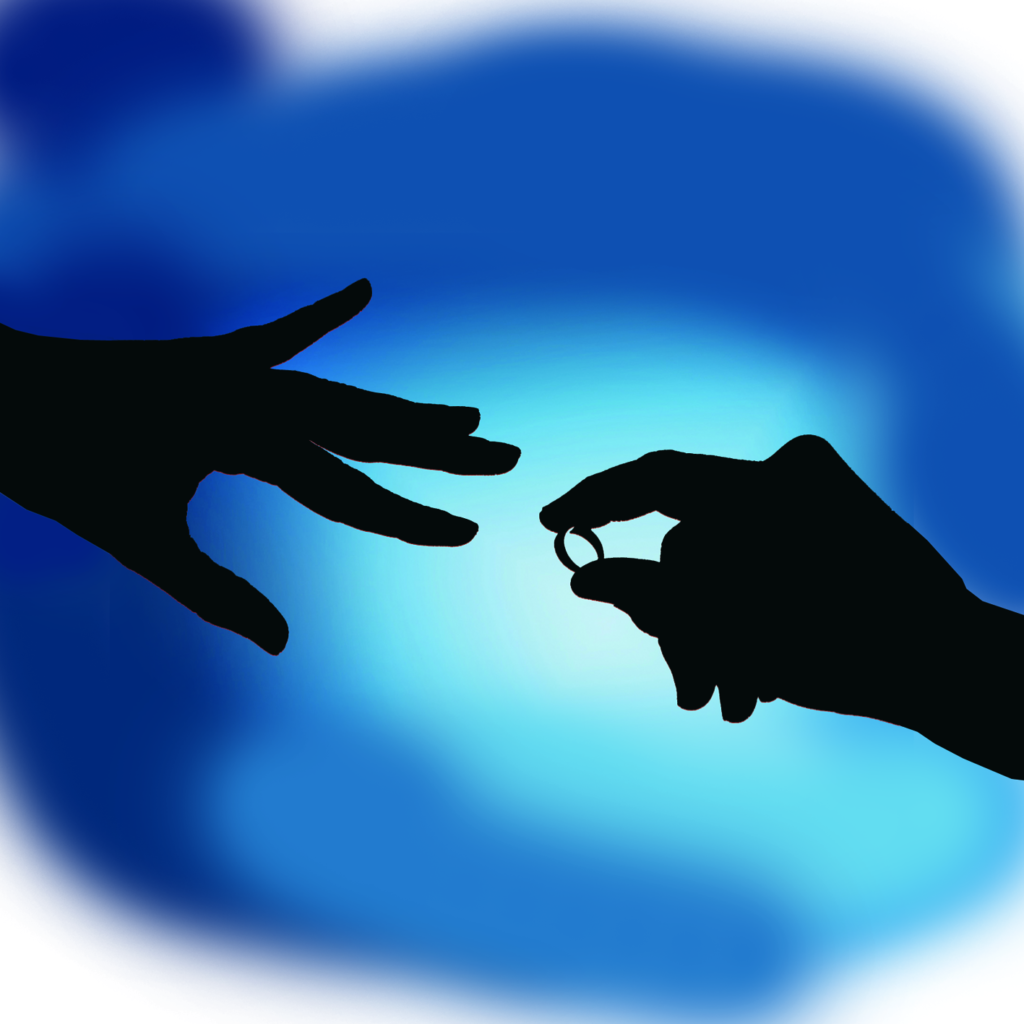 Pope Francis made an early morning visit to the statue of the Immaculate Conception in Rome’s Piazza di Spagna.

The Pope made the private visit shortly after 6 a.m. on December 8, days after the Vatican announced that, for the second consecutive year, he would not make his customary public afternoon trip to the site on the Solemnity of the Immaculate Conception due to the pandemic.

The Vatican said on November 27 that, in place of a public visit, Pope Francis would mark the feast day by asking the Virgin Mary in prayer “to protect the Romans, the city in which they live, and the sick who need Her maternal protection everywhere in the world.”

The press office said that the Pope left at around 6:20 a.m. and traveled to the Basilica of Saint Mary Major, where he prayed before the icon of Salus Populi Romani, Mary Protection of the Roman People, before returning to the Vatican shortly after 7 a.m. (CNA)

Pope Francis: Halving of Jesuit Numbers Worldwide is a Lesson in Humility

In a private meeting with Jesuits on December 4, Pope Francis said that a sharp decline in the prominent religious order’s membership is an opportunity to learn humility.

“One thing that calls for attention is the diminution of the Society. When I entered the novitiate, we were 33,000 Jesuits. How many are there now? More or less half,” the Pope said during a private meeting with Jesuits in Athens, Greece.

His comments were published on December 16 in the Jesuit-run journal La Civiltà Cattolica.

“What does the Lord mean by this? Humble yourself, humble yourself! I don’t know if I have explained myself,” said Francis, the first Jesuit Pope. “We have to get used to humiliation.” (CNA)

Giving his traditional Christmas “Urbi et Orbi” blessing on December 25, Pope Francis urged leaders to be open to dialogue to resolve the world’s many “conflicts, crises, and disagreements.”

Speaking from the central balcony overlooking a rainy Saint Peter’s Square, the Pope said that people had become so accustomed to disputes that “by now we hardly even notice them.”

Referring to the baby Jesus, he said: “In the cold of the night, he stretches out his tiny arms towards us: he is in need of everything, yet he comes to give us everything. Let us ask him for the strength to be open to dialogue.” (CNA)

On the Feast of the Holy Family, Pope Francis encouraged married couples to rely on the strength of Christ and his graces as they weather the storms of life together.

In a letter to spouses December 26, Pope Francis wrote that “marriage, as a vocation, calls you to steer a tiny boat — wave-tossed yet sturdy, thanks to the reality of the sacrament — across a sometimes stormy sea.”

“Let us never forget, though, that by virtue of the sacrament of matrimony, Jesus is present in that boat,” the Pope added. “He is concerned for you and he remains at your side amid the tempest.”

Pope Francis’ letter was written for the Amoris Laetitia Family Year, which began on March 19, 2021, the Solemnity of Saint Joseph. The celebration will conclude in June 2022 with the 10th edition of the World Meeting of Families, which will be held in Rome. (CNA) 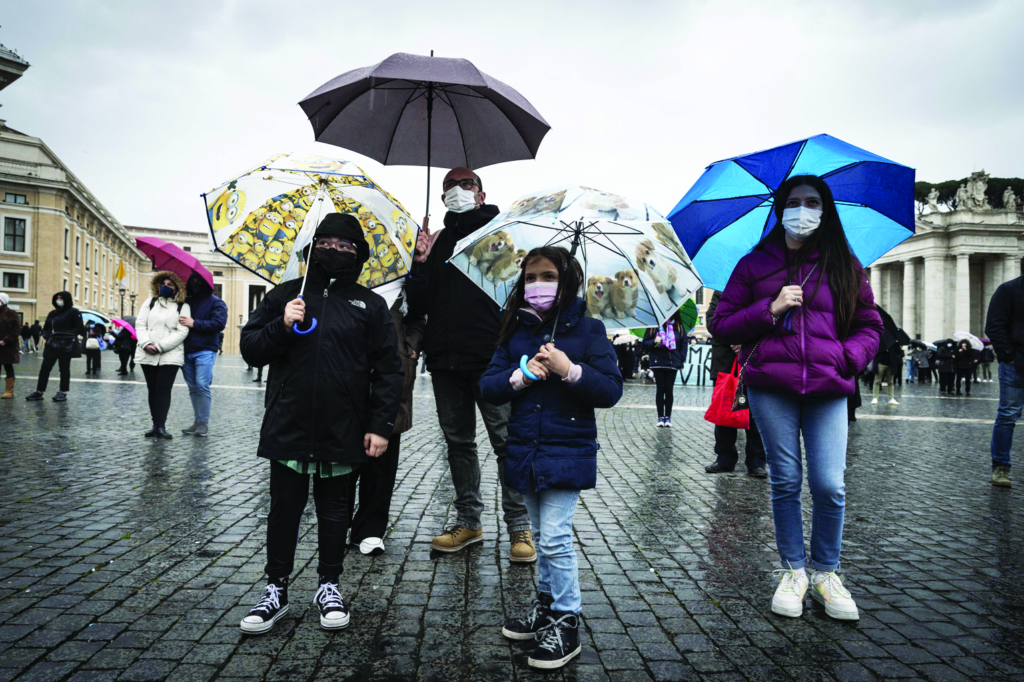 A family during the Pope’s Sunday noon Angelus prayer in Piazza San Pietro.

Pope Francis: Let us Place the New Year under the Protection of Mary

On New Year’s Day, Pope Francis encouraged people to place their lives under the protection of Mary, the Mother of God.

“The new year begins under the sign of the Holy Mother of God, under the sign of the Mother. A mother’s gaze is the path to rebirth and growth. We need mothers, women who look at the world not to exploit it, but so that it can have life,” Pope Francis said in Saint Peter’s Basilica on January 1. At the beginning of the New Year, then, let us place ourselves under the protection of this woman, the Mother of God, who is also our mother. May she help us to keep and ponder all things, unafraid of trials and with the joyful certainty that the Lord is faithful and can transform every cross into a resurrection,” the Pope said. (CNA)

Pope Francis: Society Loses When “Dogs and Cats Take the Place of Children”

Pope Francis said on January 5 that it is a civilizational loss when dogs and cats replace children in society, encouraging couples to “take the risk” to become parents.

“The other day, I was talking about the demographic winter that we have today … many couples do not have children because they do not want to, or they have just one — but they have two dogs, two cats,” Pope Francis said at his general audience. “Yes, dogs and cats take the place of children.

Yes, it’s funny, I understand, but it is the reality, and this denial of fatherhood and motherhood diminishes us, takes away humanity.”

Speaking in the Vatican’s Paul VI Hall, the Pope said that with this “selfishness” on the part of some couples, “civilization becomes older” as the “richness of fatherhood and motherhood is lost.”

“I ask Saint Joseph for the grace to awaken consciences and think about this: about having children. Fatherhood and motherhood are the fullness of a person’s life. Think about this,” he said. (CNA) 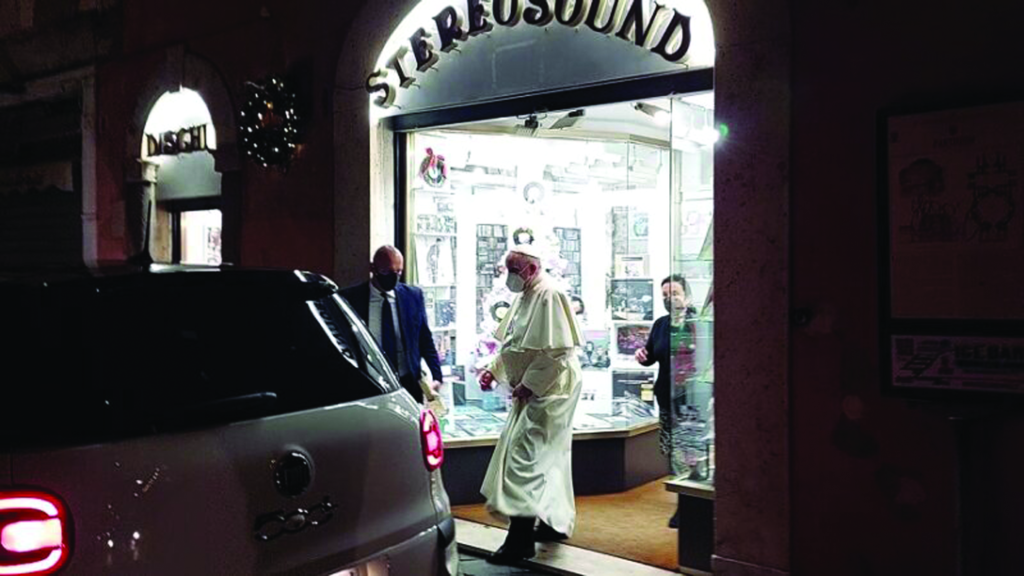 Pope Francis’ music library contains nearly 2,000 CDs and 19 vinyl records, according to the Vatican cardinal who is curating the collection.

While it is mostly made up of classical music, it also includes: an old album of Édith Piaf’s greatest hits; Argentine tango tunes, especially by Astor Piazzolla; and a 25-disc collection of Elvis Presley’s Gospel songs, said Cardinal Gianfranco Ravasi, president of the Pontifical Council for Culture.

In an interview with the Italian newspaper Corriere della Sera January 13, Cardinal Gianfranco Ravasi said he was not at all surprised when he saw images of Pope Francis walking out of a Rome music store with an album tucked under his arm January 11. “In fact, I can’t wait to find out what it is. I hope he sends it to me soon,” the cardinal said. (CNS)

On January 17, Pope Francis met with Željko Komšić, current President of the Collegial Presidency of Bosnia-Herzegovina, who afterwards met with Archbishop Paul R. Gallagher, Secretary for Relations with States.

“During the cordial talks held in the Secretariat of State, appreciation was expressed at the good existing bilateral relations, and the priorities of the collegial Presidency were discussed,” according to a statement from the Holy See Press Office following the audience.

The President of Bosnia-Herzegovina and Archbishop Gallagher also focused on the domestic situation of the country, reiterating “the need to promote the legal and social equality of all citizens belonging to each constituent people,” the statement continues, adding that other discussions focused on “regional matters, including the situation of the western Balkan countries and the enlargement of the European Union.” (VaticanNews)

The Vatican has announced that Pope Francis will confer the ministries of catechist, lector, and acolyte upon lay men and women for the first time in Saint Peter’s Basilica on January 23.

Candidates from three continents will receive the new ministries during the papal Mass for the Sunday of the Word of God.

Two people from the Amazonian region in Peru will be formally made catechists by the Pope, along with other candidates from Brazil, Ghana, Poland, and Spain.

The ministry of lector will be conferred on lay Catholics from South Korea, Pakistan, Ghana, and Italy.

Each of these ministries will be conferred through a rite prepared by the Congregation for Divine Worship and the Discipline of the Sacraments that will be presented for the first time, according to a Vatican communique issued on January 18. (CNA)