Veteran researcher says vaccines, as currently formulated, are often a response to fear, and not the way to true health – Part 2

By Stefanie Stark, special correspondent to Inside the Vatican

“I am Catholic, but my opposition to the use of fresh material from the bodies of aborted babies is not just a catholic perspective and doesn’t even have to be a religious perspective” 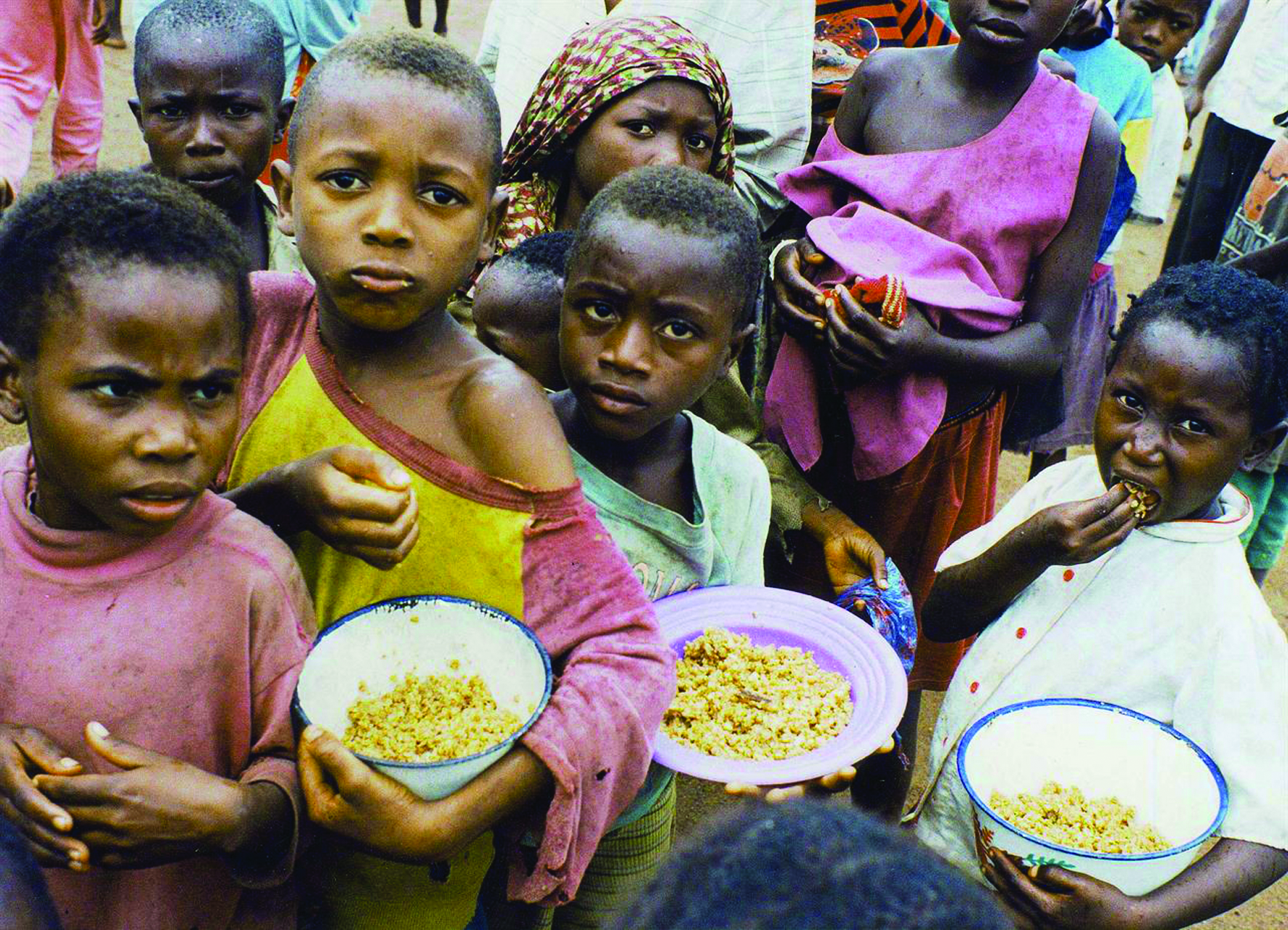 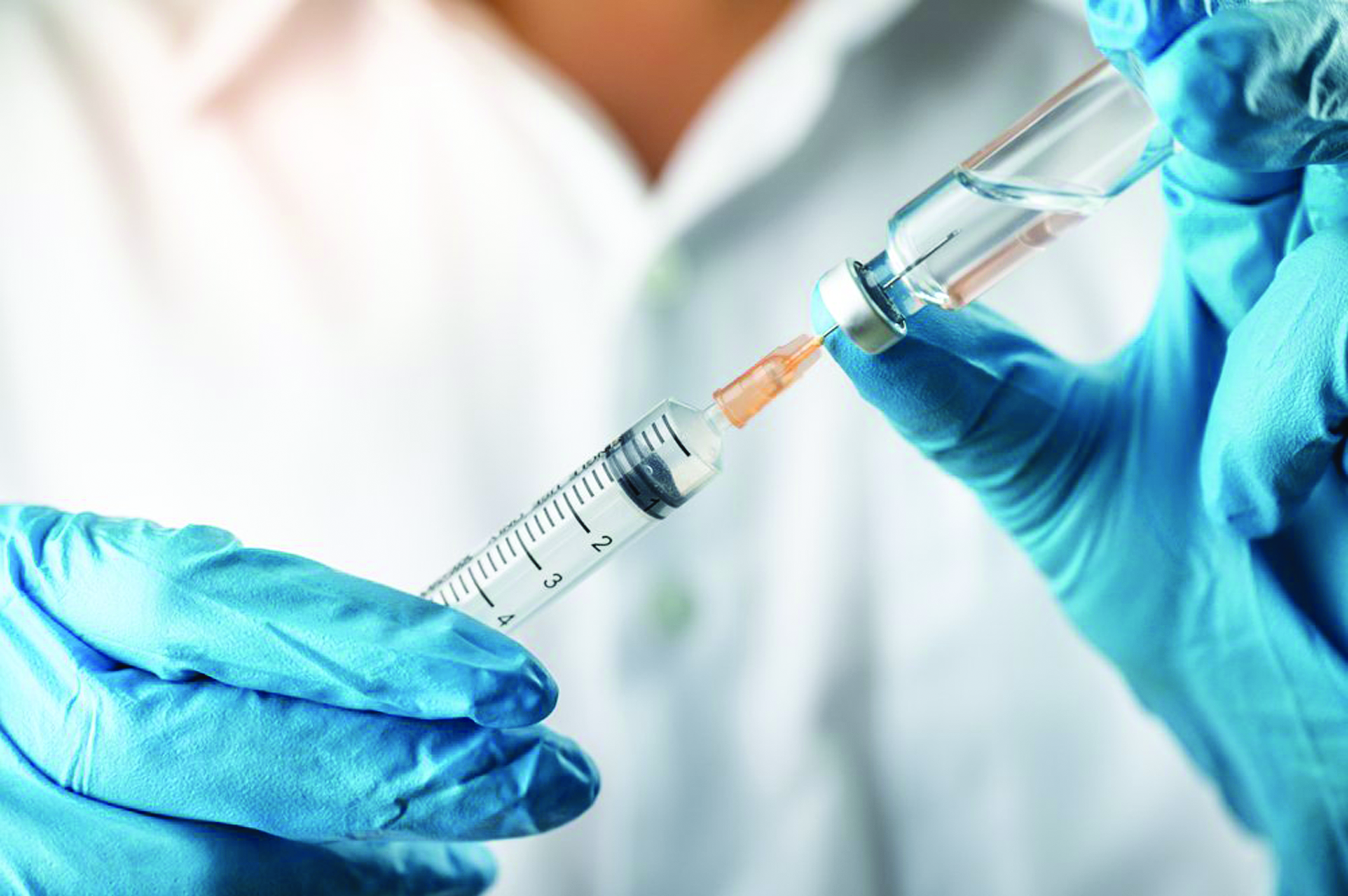 In part one of this two-part interview with Dr. Theresa Deisher, Ph.D., Catholic researcher, founder of the AVM Biotechnology research company and director of the nonprofit Soundchoice Pharmaceutical Institute, she discusses with Stefanie Stark both the scientific and ethical defects in current vaccine development.

Stefanie Stark: The media generally maintain that it has been proven that vaccines do not cause autism in children. Do you think they are getting it wrong? 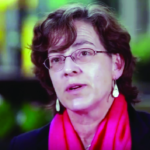 Dr. Theresa Deisher obtained her Ph.D. in Molecular and Cellular Physiology from Stanford University School of Medicine. She is an expert in cellular technologies

Dr. Theresa Deisher: (Laughs) That has not been proven. They’ll do studies, and there are five vaccines that children are getting that contain human fetal DNA. They’ll look at studies where kids got only four of the vaccines versus five, and there’s no difference in autism rates. But they’re not addressing the fetal DNA issue. They’re just addressing MMR [mumps-measles-rubella vaccine]. So they’ll say, “These kids didn’t get the MMR, but they still have the same rate of autism.” Well, did they get Hep[atitis] A? Did they get chickenpox? There is no information on that. It’s like if you have five smelly fish in your refrigerator and you throw one out, the smell is still there. It’s not going to go down. These are just fatally flawed studies and fatally flawed conclusions.

The one good study that they all like to reference that shows no relationship [between vaccines andAutism] was not a fetal-manufactured vaccine. It was a Japanese vaccine that was used back in the 1980s and it’s made from animal cells.

And there are other studies. The scientific experts all like to claim that autism is a genetic problem. Well, first of all, genetic diseases do not rise at the rates that autism has risen. That’s just an absurd comment. It is basic 101 that genetic diseases increase in the population because we have children, and that takes decades. So they try to insist that it’s genetics.

I recall an interview I did with you nearly a decade ago. Can you talk about a large grant you received and your discovery in that study regarding change point years? Talk to us about your studies around the world that correlate the introduction of vaccines in other countries with those countries’ dramatic rise in childhood epidemics?

Deisher: It was actually a grant from the M.J. Murdoch Charitable Trust. We used EPA methodology that they had established. If you want to correlate the introduction of an environmental factor to a disease you have to prove all of these points. So, for instance, if a pesticide is introduced that was not there before, and suddenly people started getting hiccups, you have to show that it wasn’t there before. You have to show that there is a physiological connection between the environment and the irritant and the end result. And then you need to show a dose-effect.

If you look at dates when autism takes a steep rise, those are called “change points.” Across the world, they are all associated with the introduction of a new aborted fetal-cell-manufactured vaccine. And there is indeed a dose-dependent increase in the rate of the rise of autism that can be directly associated with the number of children who get the vaccines. Because vaccine uptake is slow. The first year it’s introduced, it might be 10%. And it builds up. You can show a direct correlation between increasing vaccination rates and autism diagnosis.

We are getting a lot of international support from vaccine experts about the dangers of this now. They didn’t know all of the dangers when they did it. The things that they did, most of the people involved did not know this information. And now that they do, they’re starting to put it in their presentations and pushing to get away from this. It just was something they didn’t know at the time. And the regulatory agencies approved it.

Are we using 1960’s technology for vaccine production to create health and immunity in 2020?

Deisher: Yes, sure we are. But even more important than that, there’s too much emphasis on the easy way out, which is a shot or a jab and not the emphasis on health and nutrition. And we’re not a healthy population. More than 24% of US children have chronic illnesses, chronic disease. If you look worldwide at the vaccination efforts, go around the world and vaccinate all these children. But that doesn’t really help if they need food and freshwater. It’s not providing for their health and their needs. It’s a lot easier to fly vaccines around and stick them in kids’ arms. It’s harder to get them set up in communities that are sustainable, where they have healthy food and clean water and safety.

Now we come to the COVID-19 vaccines and the human trials that are happening. I have read that as many as five probable vaccines are created using aborted fetal cells; what dangers, if any, do they pose?

Deisher: They will pose the same risks that the other aborted fetal DNA-containing vaccines do. The risks will be dramatically higher in children because the concentrations are higher and their blood volume is less than an adult. But depending on the level of DNA contamination, they could be dangerous for an adult.

Organizations like the Bill & Melinda Gates Foundation and GAVI Alliance are focused on vaccine creation and administering vaccines. What are your thoughts on “Big Philanthropy,” versus scientists and the medical community, pushing a global health agenda to tackle COVID 19? 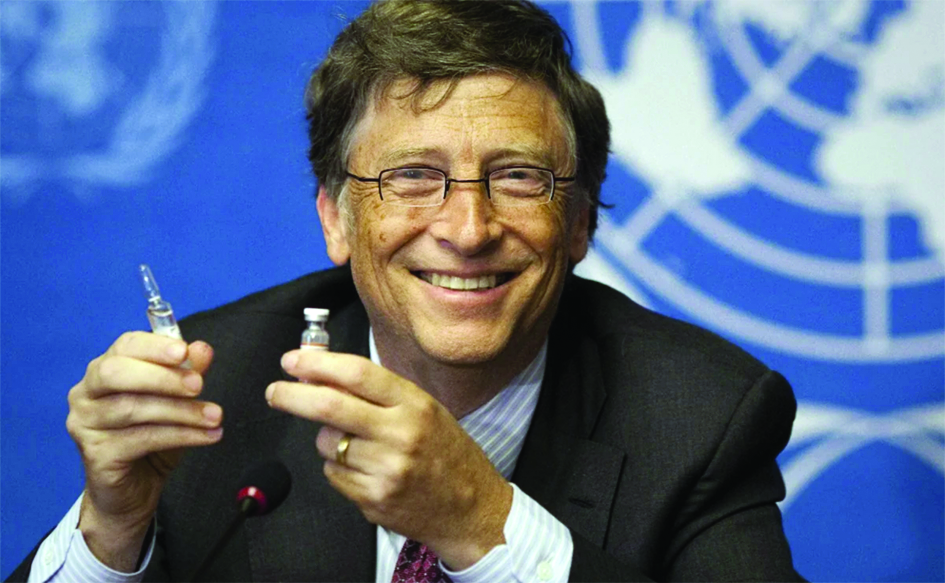 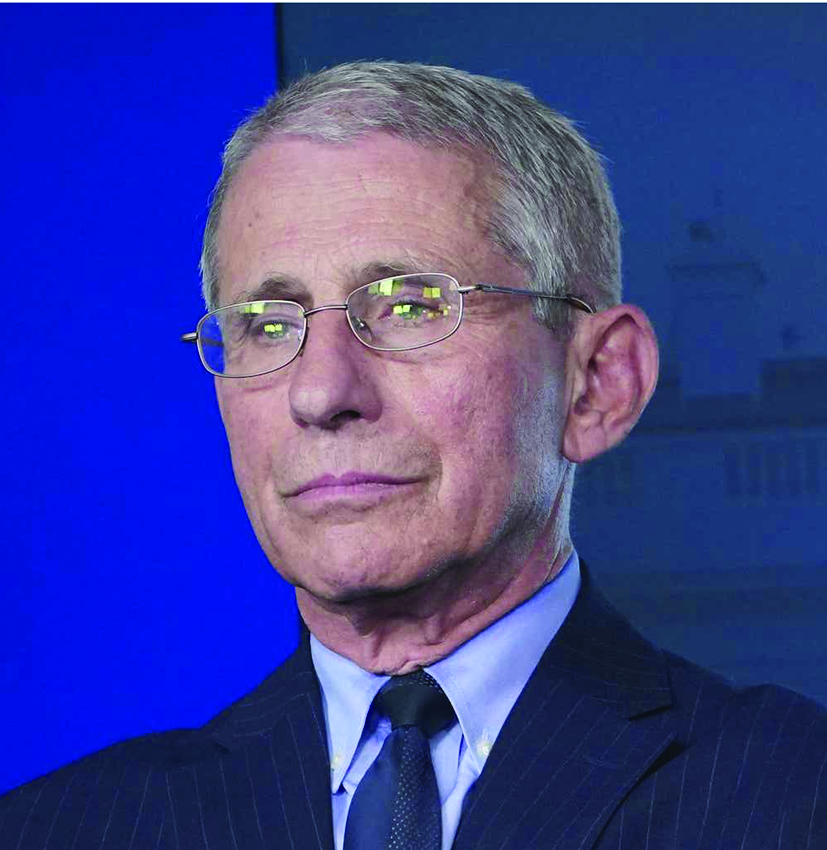 Bill Gates (above) and Dr. Anthony Fauci. They and others argue that every single person on the planet should get the COVID vaccine

“If you go around the world and vaccinate all these children, that doesn’t really help if they need food and fresh water”

Deisher: First of all, COVID-19 is a coronavirus, and there are many of them. No vaccine has ever successfully been made against a coronavirus. So that’s a high hurdle to overcome. All of their focus is on the H2 receptor in these vaccines, when they are focusing on the spike protein, they’re focused on the ACE2 receptor which was the receptor for SARS-CoV-1. Now SARS-CoV-2 can bind the ACE2 receptor; however, it doesn’t look like that’s the receptor it actually uses in the human body because the symptoms are totally different. If it used ACE2 just like SARS-CoV-1, we would have the same symptoms. It doesn’t. Everyone made those assumptions. I mean, they didn’t have a lot of time to think about this. And hindsight is 20/20 vision. But they treated these patients like they treated SARS-CoV-1, put them on mechanical ventilators, which for the most part is what caused the deaths. It’s a different disease. The vaccines that are going after the Spike 2 protein we don’t believe are focused on the right receptor.

And there has never been a vaccine successfully generated against a coronavirus. The coronaviruses do mutate, so even if you could create a vaccine, you’d have to create a new one every year. There are just much better approaches to this effort. Obviously for influenza, which is an annual pandemic, we have vaccines. But we still have hundreds of thousands of deaths every year, even though we have the vaccines. The vaccines typically are not effective. The most effective one is only 44% effective. And then you have to make new vaccines, because you have to guess at what strain is going to come the next season. Sometimes they guess well and sometimes they don’t guess as well. A vaccine is not the answer.

People like Bill Gates, Dr. Anthony Fauci, and others in public health say every single person on the planet should get the COVID vaccine in order to stop its spread. Would that work? If not, are there alternative therapies that would be better?

Deisher: Well, Bill Gates thinks that every person on the planet needs to use Microsoft software, too, and he has really tried to establish a monopoly there, right? He’s a very aggressive businessman. I don’t listen to Bill Gates about health. And he has blinders on about vaccines. First of all, it’s unlikely that they are going to have a successful vaccine, and a safe one. And if they do, it’s going to be years down the road. It’s not going to be a vaccine rushed through the clinic — that’s not the answer. And the vaccine would have to be redone every year.

What are the ethical implications for Catholics, Orthodox Christians, Protestants, Jews and Muslims, and people who care in general about health freedom, if they are forced to receive a COVID-19 vaccine against their will in order to return to their “normal” daily lives?

Deisher: My opinion is it’s not just people of religion, it’s anyone. Good people who value autonomy and freedom, who do for themselves before they ask other people to give… Forced vaccinations? Absolutely not. Since when — and we accept it with the quasi-mandatory childhood vaccinations — but you can stand up against people and you can say, “No.” The problem is people are afraid to say no. Say, “No, I’m not going to take the vaccine. I don’t want my family taking the vaccine. There’s no evidence of safety or of efficacy.” So to be forced to do that…I look around, and there is fear driving people right now. Fear destroys your immune system. We have to stop being afraid.

Deisher: I pray that everyone’s eyes will open to what’s been going on. And not only the use of aborted fetal cells in vaccines, the daily use of the bodies of aborted babies for biomedical research, and then the equally horrific trafficking of children.

As Catholics, we share the goals of promoting good health for children, families, and individuals. But we must reject accepting vaccines which include aborted fetal cell lines. These vaccines harm our physical health and violate our religious freedoms. In good conscience, we cannot agree to have governments mandate vaccinations that contain aborted fetal cell DNA.

It is time that we demand that those involved in the research, development, and promotion of vaccines — especially those who stand to benefit financially from production of the new COVID-19 vaccines — abide by basic ethical and moral standards. And while many people may be divided in their opinions about the current pandemic, we are united against religious discrimination which goes against our sincerely held beliefs.